Burning Cliffs in Muspelheim is the largest region of this realm in God of War Ragnarok. On this page, you will find a list of collectibles and side activities in the Burning Cliffs region - Nornir Chest, Legendary Chest, Lore, Odin's Raven and Last Remnants of Asgard. Collecting and completing all of these secrets will allow you to attain 100% completion of the Burning Cliffs.

In the Burning Cliffs region of Muspelheim, you can get the following collectibles and optional tasks:

You can't collect secrets on your first visit to Muspelheim. You must wait until The Summoning main quest, during which you'll revisit this realm as Kratos.

Reward: Divine Ashes - you will receive 1,000 units of the rare ingredient. 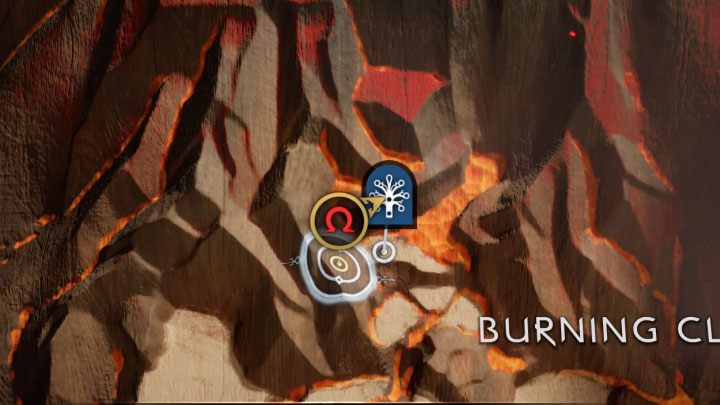 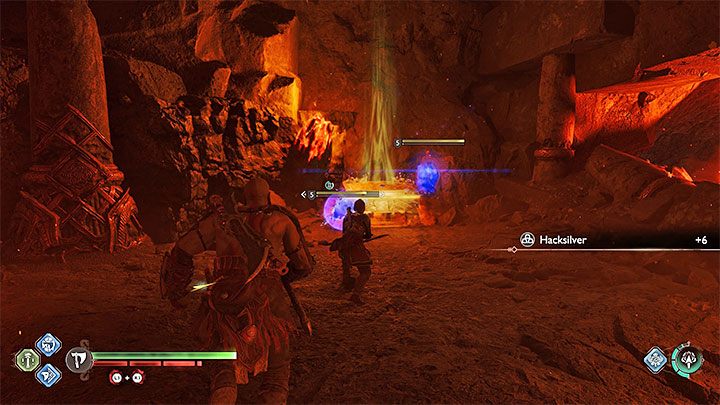 The chest is a short distance west of the Mystic Gateway that Kratos and Atreus use to begin their second visit to Muspelheim. The chest is defended by monsters - kill them first. 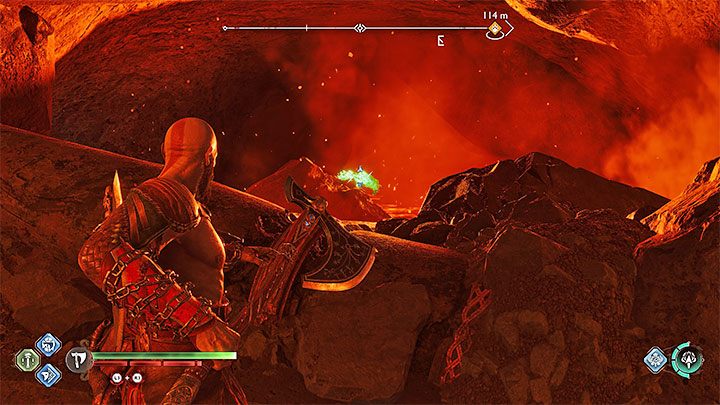 The raven sits next to the lava and the Legendary Chest described in the previous subsection. 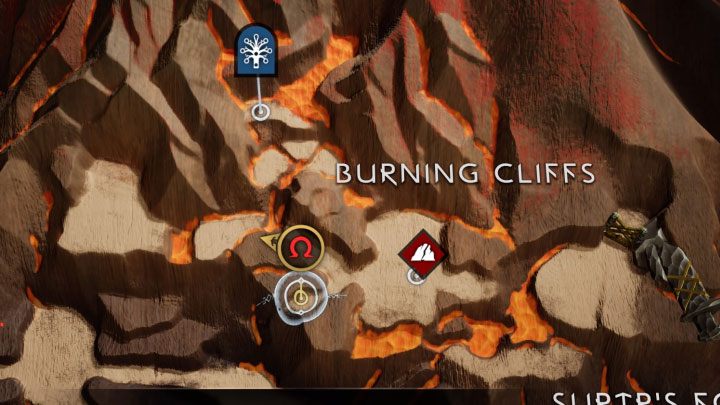 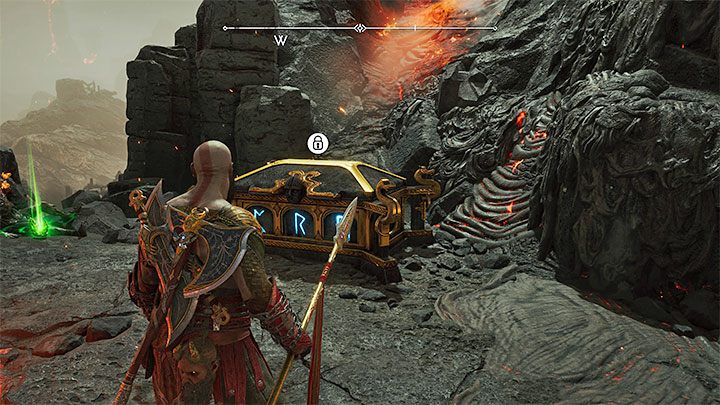 You will find the chest in the southern part of the region. 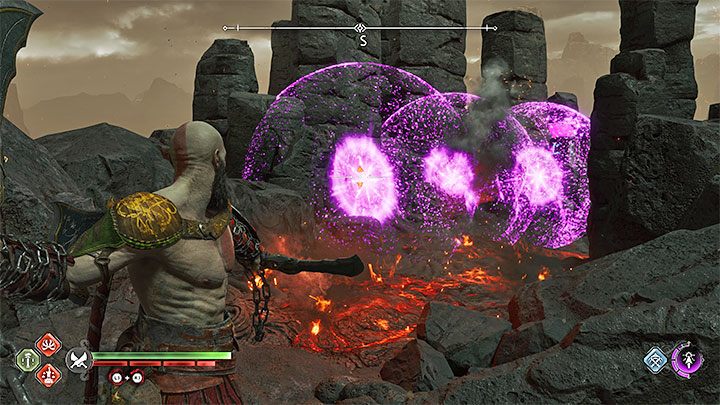 You need to set 3 torches on fire to open the rune chest. Create seals and use Blades of Chaos to make chain reactions.

The first torch (with a C-shaped rune) is somewhat obscured. Create a series of 3 seals and be sure that the nearest one is within range of the Blades. 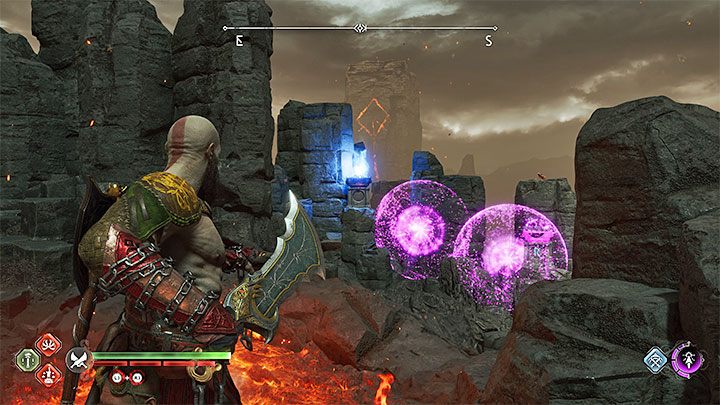 The second torch (with an R-shaped rune) is to the right of the first torch. Create 2 seals between the torches and you can also increase them by shooting 2 or 3 arrows at the same spot. Finally, ask your companion to form a seal on the lit first torch to cause an explosion - it must reach the seals on the right. 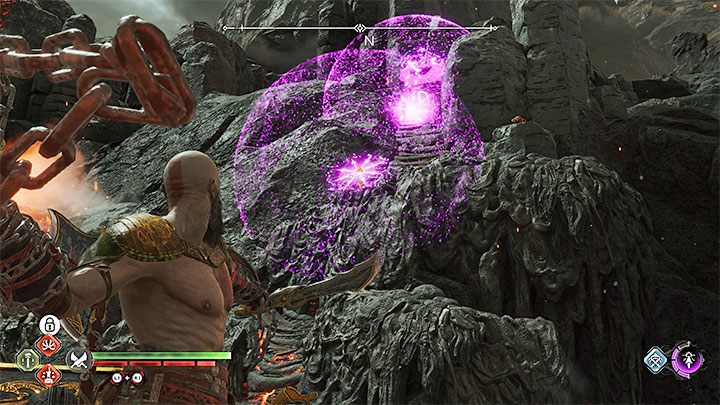 The third torch (with an N-shaped rune) is located slightly higher up. It is not very far away and you should easily trigger a chain reaction. 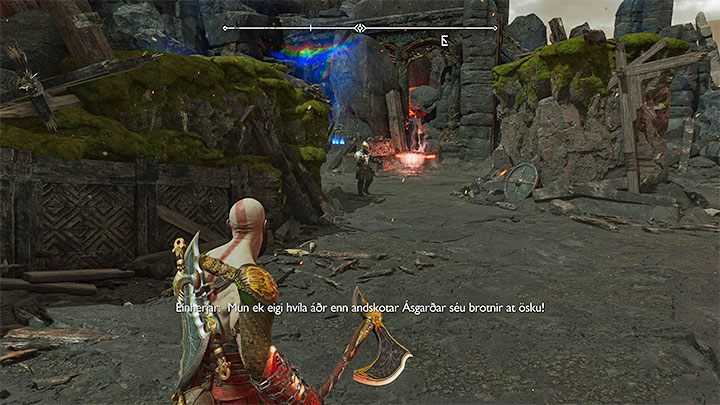 The marker for this activity will appear on the map in the endgame phase, i.e. after completing the main story - the remnants are southeast of the region.

You have to defeat a group of opponents (they have a high level of experience). After the battle, you can also search the chest - it contains 50,000 hacksilver and valuable crafting materials. 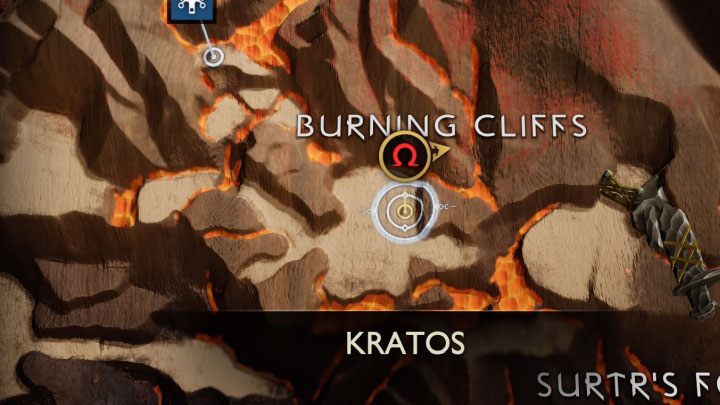 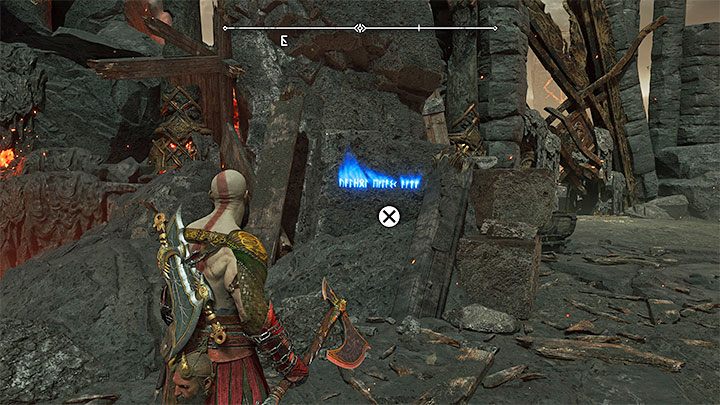 The secret is in the same location as the Remnants of Asgard described above - it's the south-eastern part of the Burning Cliffs. Find the blue runes on the rocks.