In the Eastern Barri Woods region of Vanaheim, you can get the following collectibles and optional tasks: 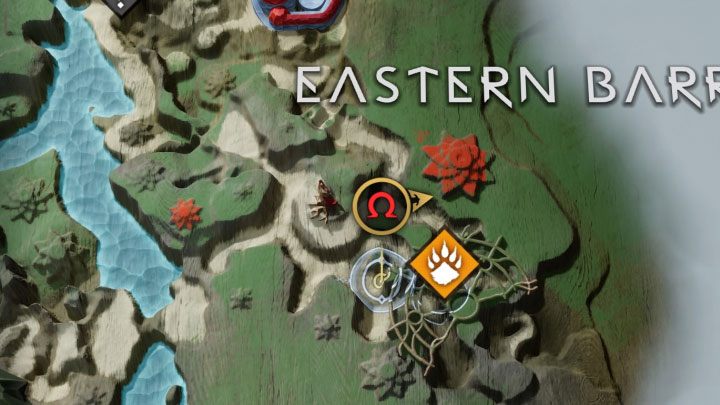 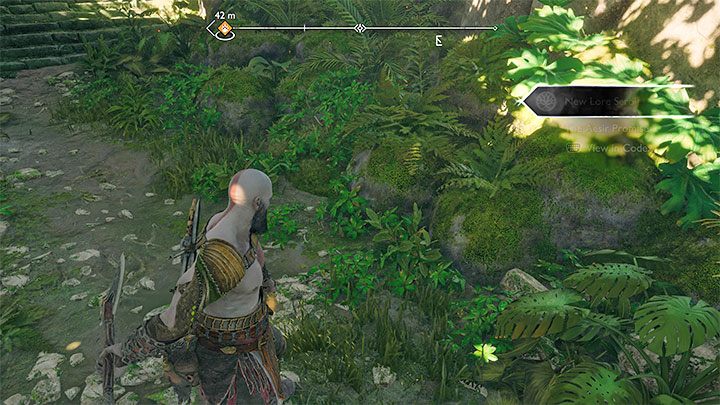 The scroll lies on the ground, in the southern part of the region. 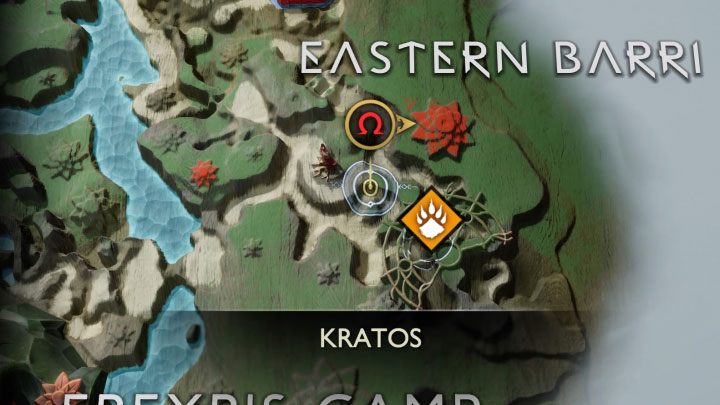 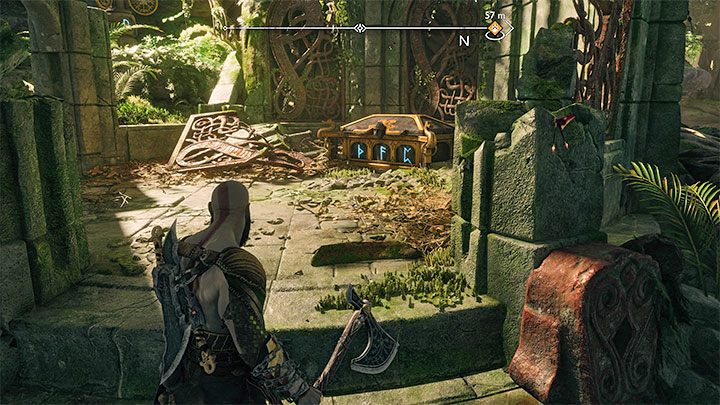 You will find the rune chest in the southern part of the woods - in the round ruins. 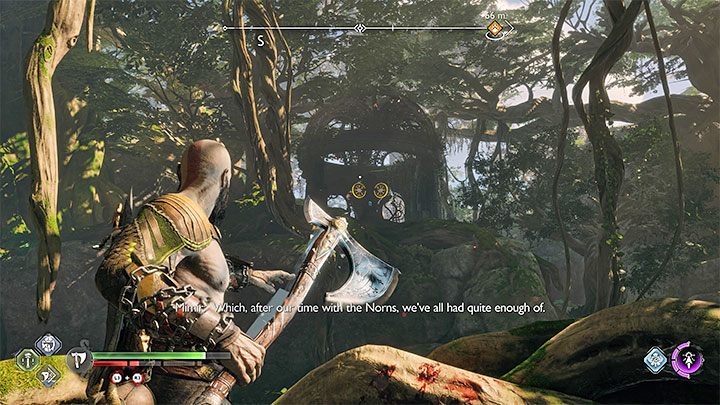 The chest can be opened after throwing the axe at the shields.

Shield 1 is very close and you can easily find it. 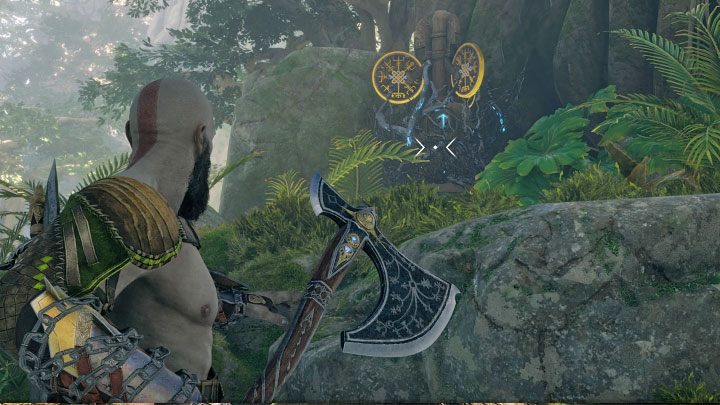 Shield 3 is blocked by vines - you have to set them on fire with the Blades of Chaos first. 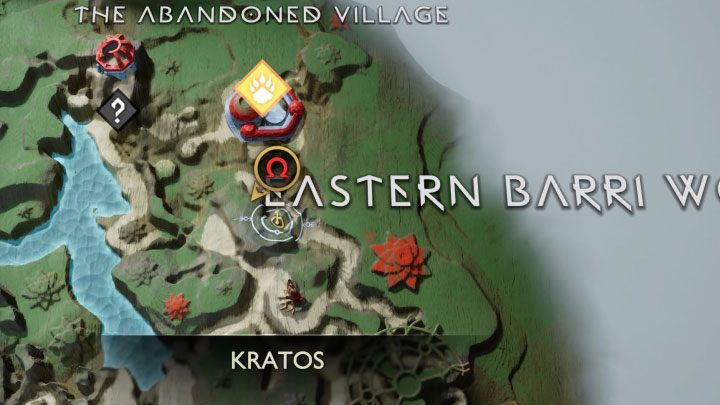 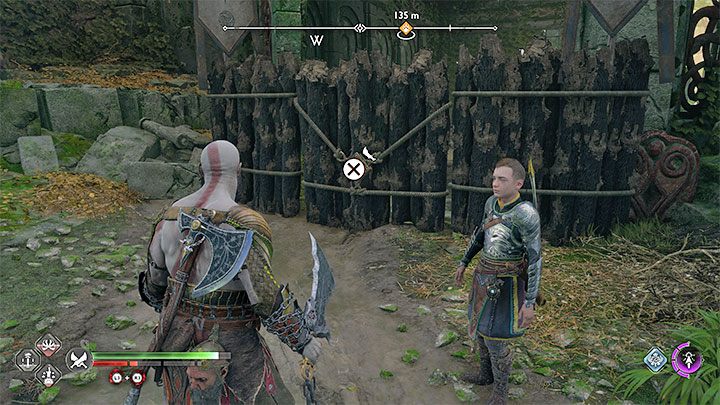 You need to get to a building in the northeastern part of the region. You can do that by using the Blades of Chaos, and you should reach this place during your second visit to Vanaheim in the main story. 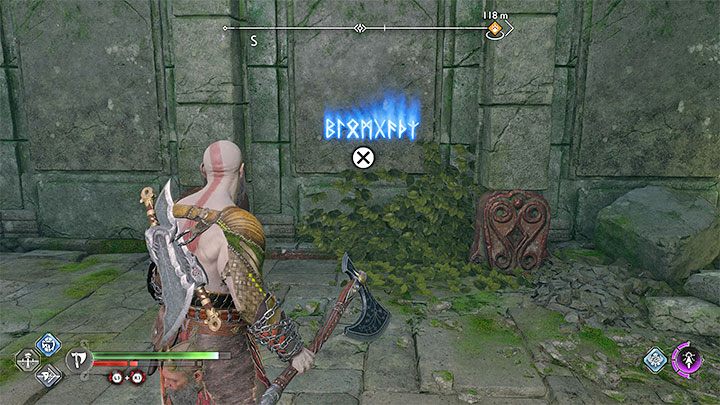 You will find blue runes on one of the walls. 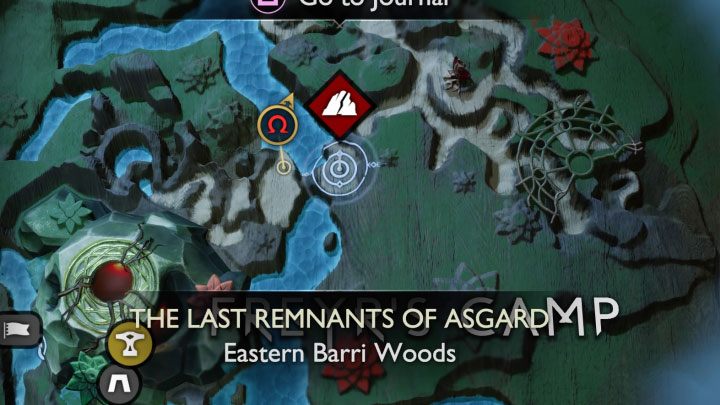 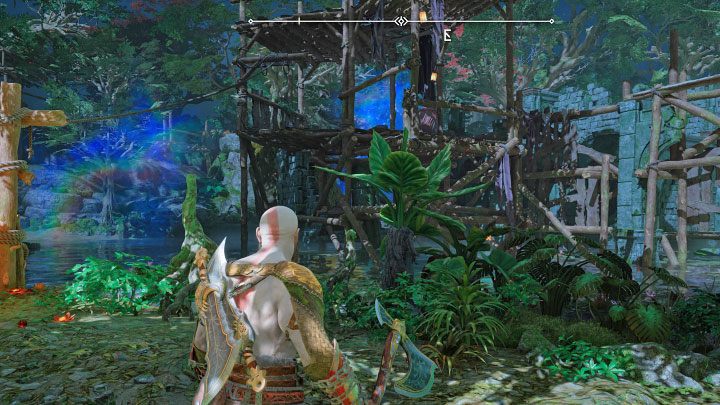 The marker for this activity will appear on the map in the endgame phase, i.e. after completing the main storyline. The remnants are on the beach at the western end of the region, next to the passage to Freyr's Camp.

You have to defeat a group of opponents (they have a high level of experience). After the battle, you can also search the chest - it contains 25,000 Hacksilver and valuable crafting materials. 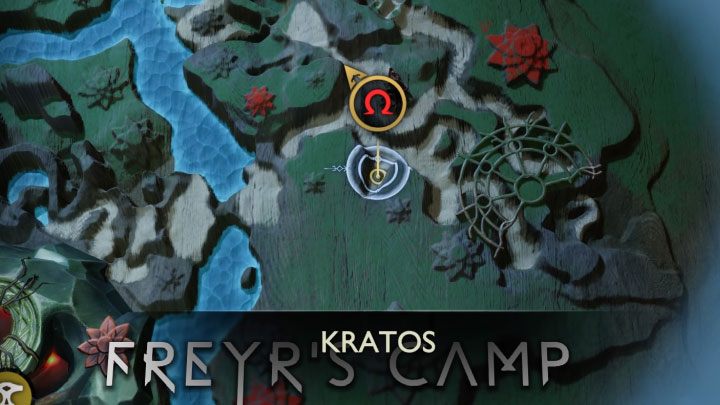 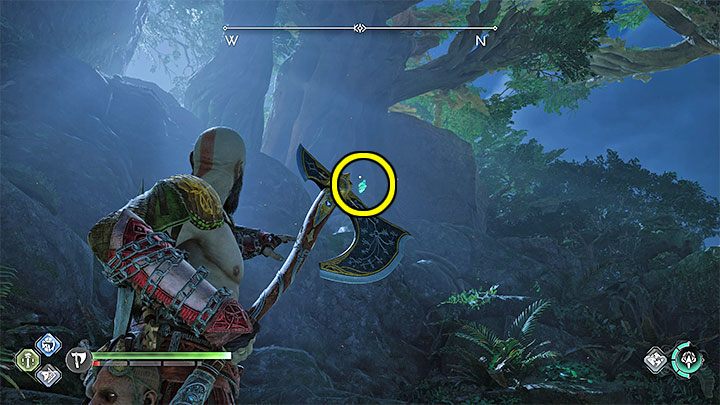 The raven sits high on the rocks in the central part of the forest. Throw the axe or spear at it.