In the Veiled Passage Passage region of Vanaheim , you can get the following collectibles and optional tasks:

Note - The Veiled Passage is initially inaccessible, as it is behind a large locked gate on the river. We described the solution to this problem on a separate page - Gate to southern Vanaheim. 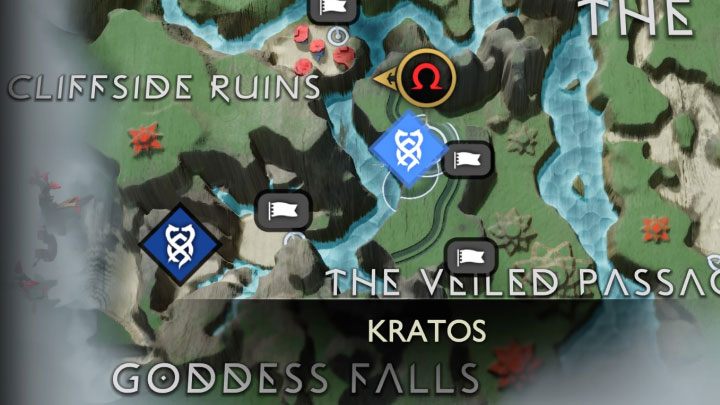 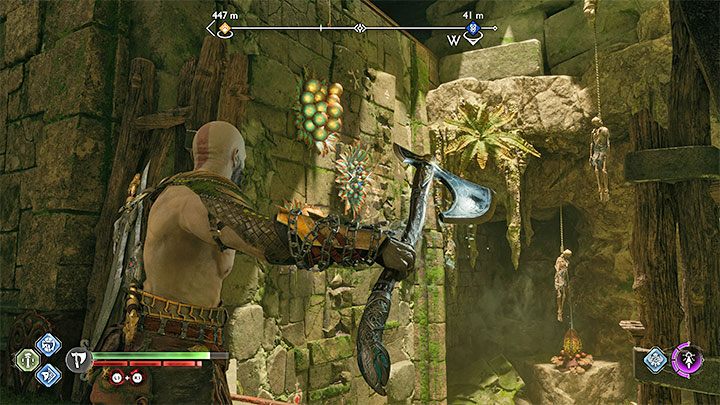 In the Veiled Passage, you must head north from the boat dock. At the place in the picture, destroy the plants to unlock the climbing spot. 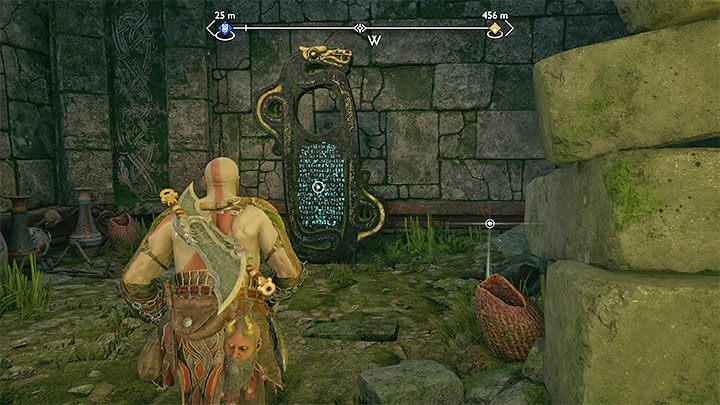 Reach the upper level and you will find a tablet with runes. 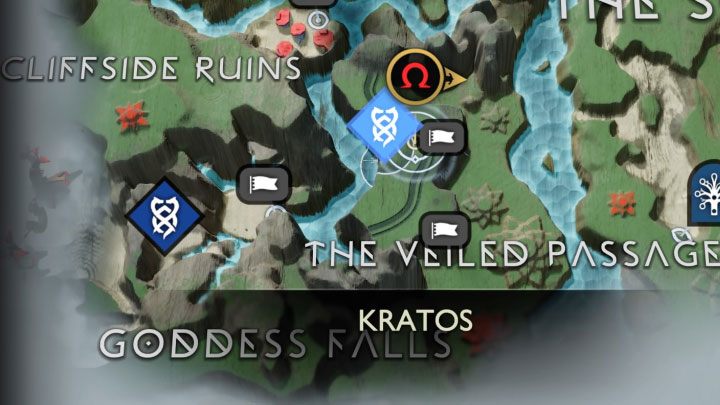 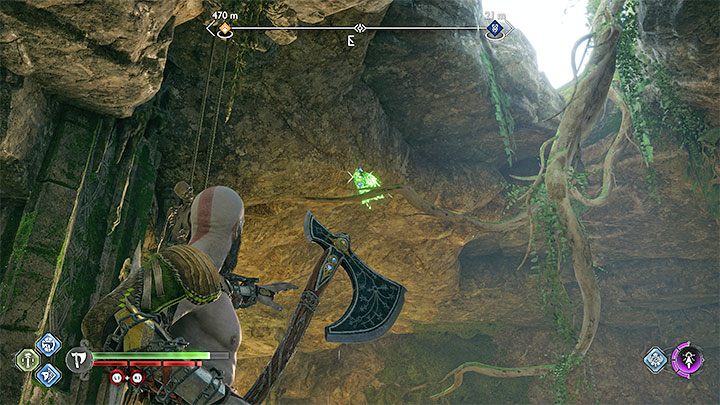 The raven sits on a branch. You can find it while moving north through the Veiled Passage. 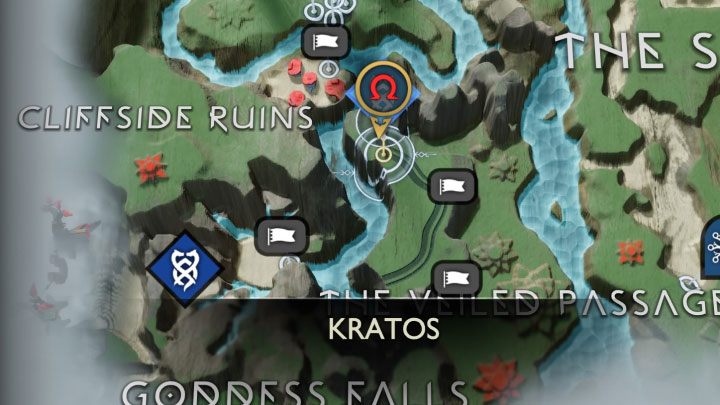 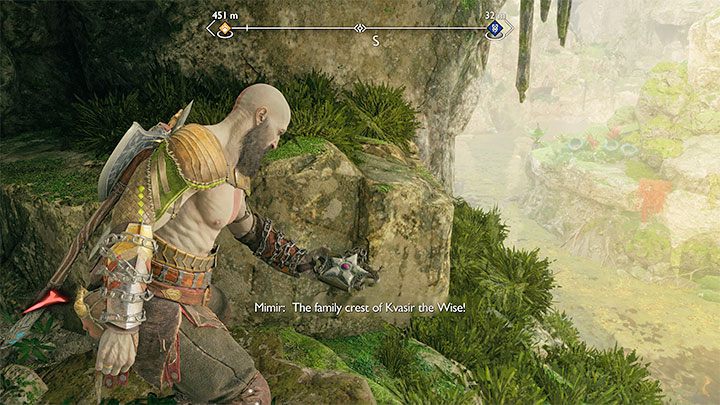 The artefact lies on the ground near the spitting plant - the northern part of the Veiled Passage, you can see the river from here. 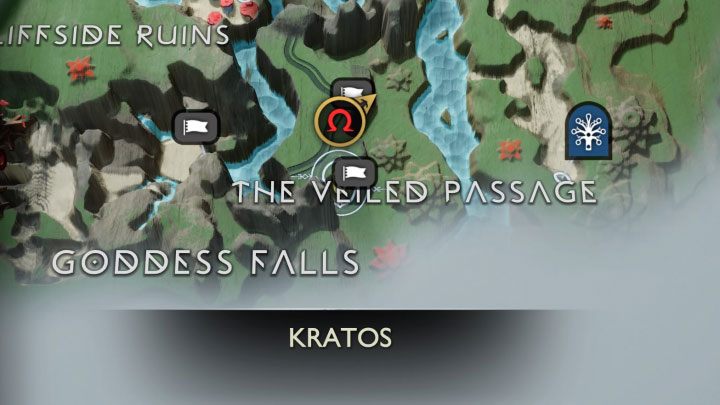 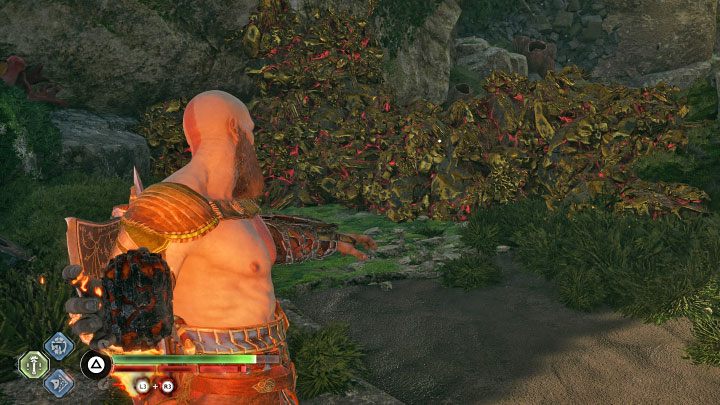 The rune chest is near the boat dock. Take the Fire Bomb and use it to destroy the yellow crystals on the path to the chest. 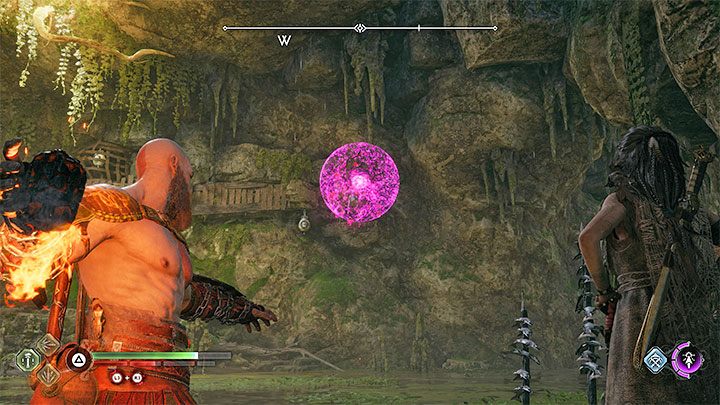 You need to solve a puzzle by activating 3 bells and all these objects are located west of the chest, on the opposite side of the river.

Take another Fire Bomb. Ask your companion to create a seal on the red vines, then throw a bomb at them to set them on fire. 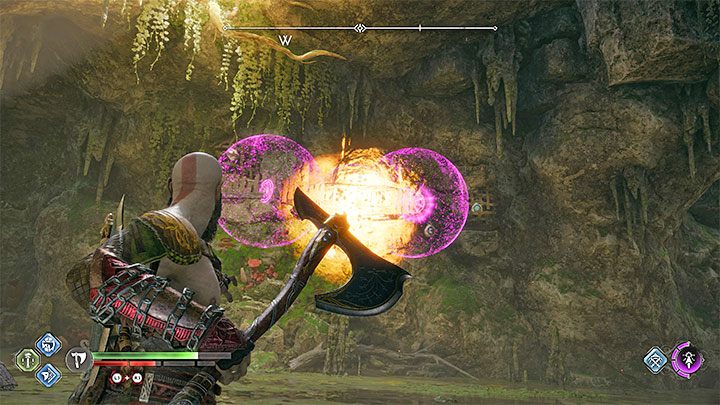 Now form a row of 3 seals - all the bells must be within their range. Throw another bomb at one of the seals. The chain reaction should make all 3 bells switch on at the same time - you will solve the puzzle.