Goddess Falls in Vanaheim is a hidden southern region of this world in God of War Ragnarok. On this page of the guide, you will find a list of the collectibles and side activities in the Goddess Falls region - Nornir Chests, Lore, Odin's Ravens and Buried Treasure. We show how to reach the individual secrets and how to get 100% completion of the region.

In Goddess Falls, you can get the following collectibles and optional tasks:

Note - Goddess Falls is initially inaccessible, as it is behind a large locked gate on the river. We described the solution to this problem on a separate page - Gate to southern Vanaheim.

Lore - Anything I Can Do 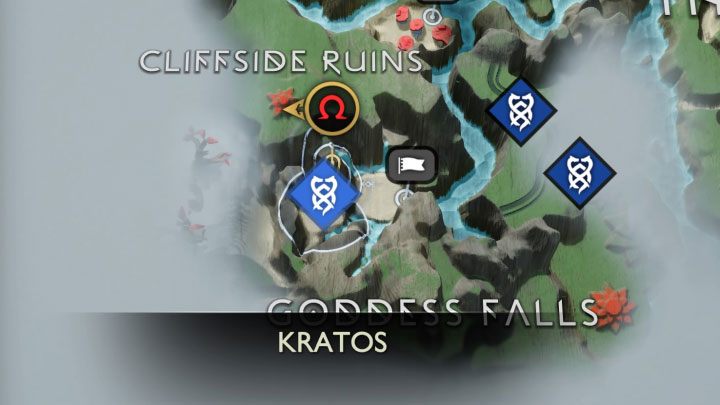 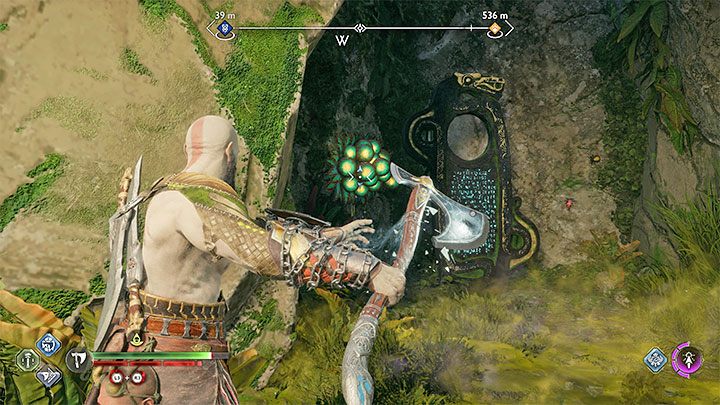 Climb the wall to the higher level of the Goddess Falls. The rune tablet is hidden by the wall next to the exploding plant (destroy it with a ranged attack). 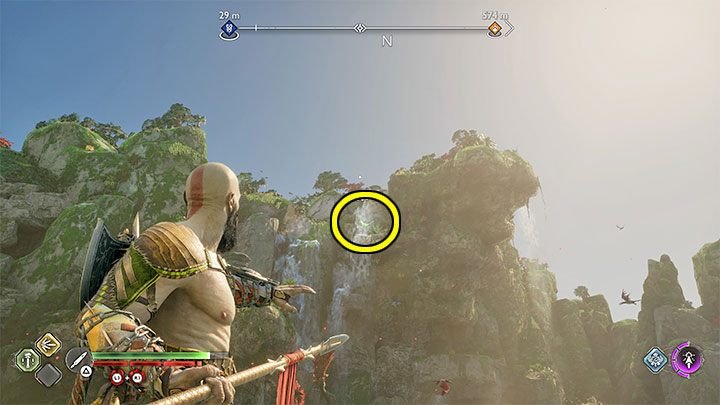 Raven flies high above the central part of the region. Climb to the highest level of the Goddess Falls and keep throwing spears at the raven until you hit it.

Buried Treasure - Under the Rainbow 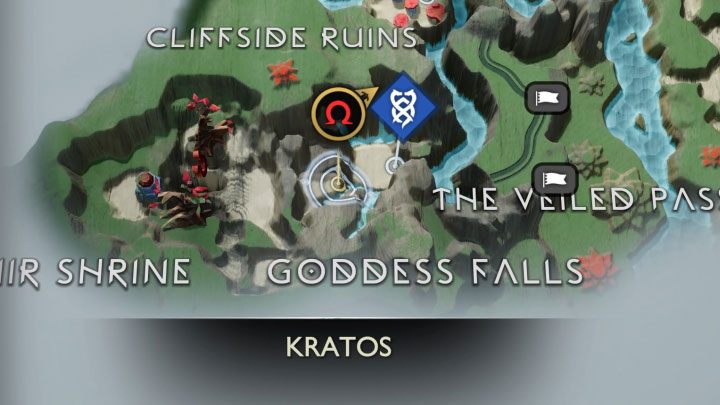 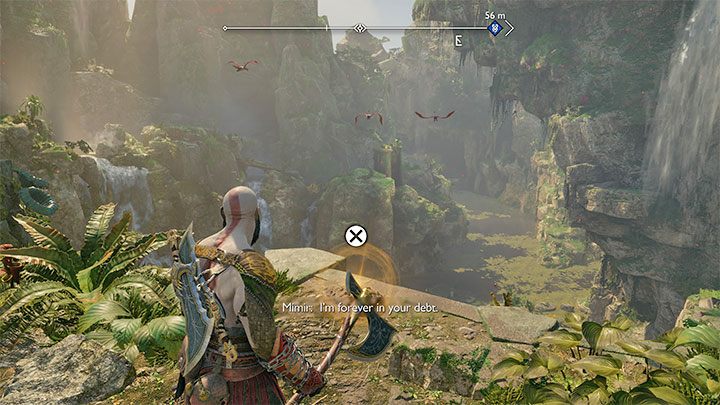 This treasure is found on one of the higher ledges in the western part of the region - you can locate thanks to a shining area on the ground.

You need to have Under the Rainbow treasure map to be able to dig the treasure. The map is obtained in a different region - Noatun's Garden. 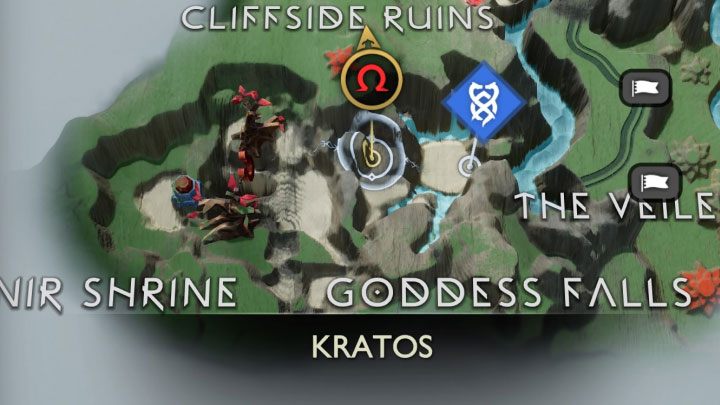 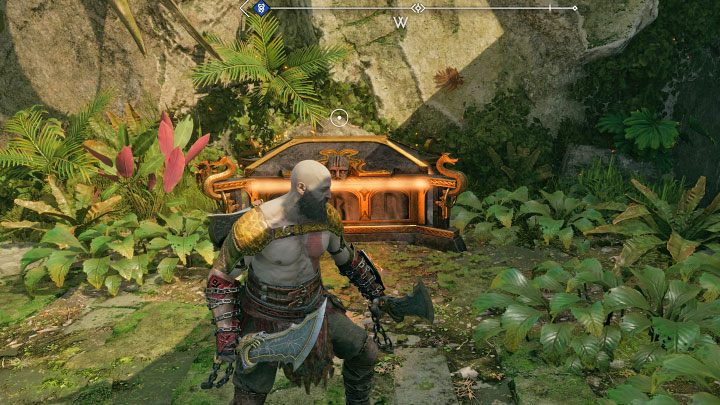 This Nornir Chest is found near the waterfalls on the lower level of the region. 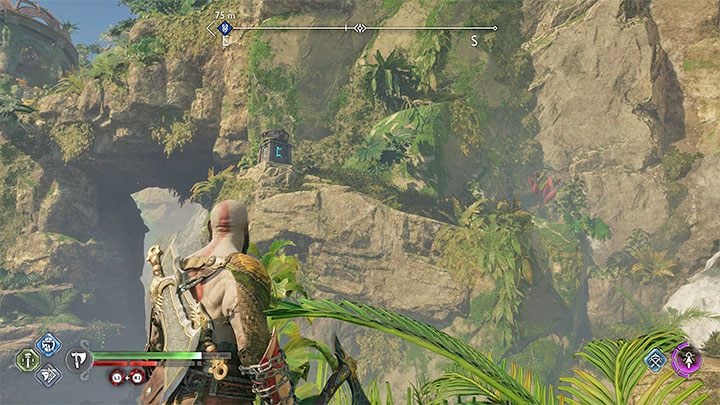 In order to open the chest you must set 3 torches on fire.

Torch 1 (screenshot) is the simplest - form 3 seals next to each other and hit the nearest one with the Blades of Chaos. 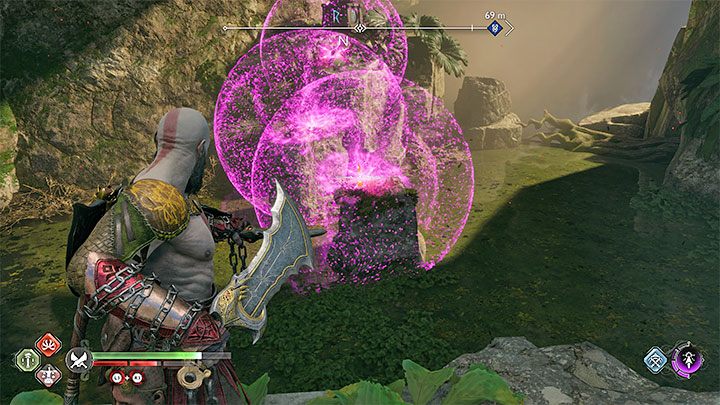 Torch 2 requires skillful placement of seals on rock shelves - make sure that the seals interlock. 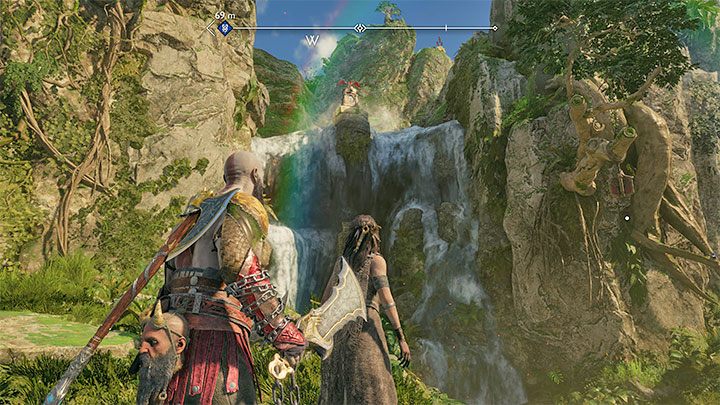 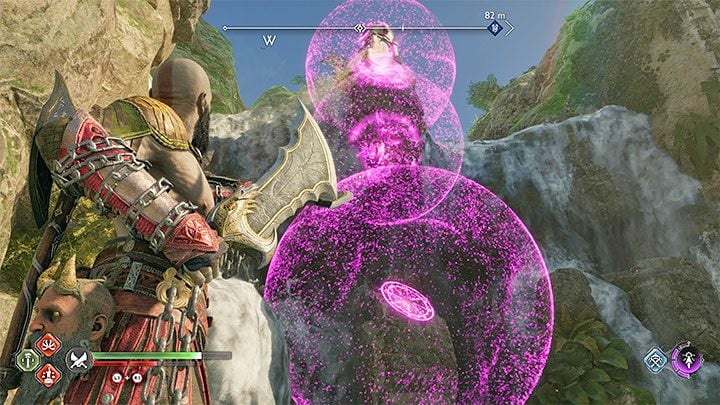 Torch 3 is at the top of the waterfall. To make sure that the seals interlock, you can place more than one in the same location. Moreover, avoid placing seals in places with flowing water, as it is not possible. Detonate the nearest seal to start a chain reaction.