In God of War Ragnarok, River Delta is a region in the central part of Vanaheim. On this page of our guide, we supply the list and exact locations of all collectibles and side activities encountered in River Delta region, among them Artifacts, Lore, Odin's Ravens, Buried Treasure, Yggdrasil Rifts, and Favours. We show how to reach the individual secrets and how to attain 100% completion of the region.

There are following collectibles and side activities to find and complete in River Delta region of Vanaheim: 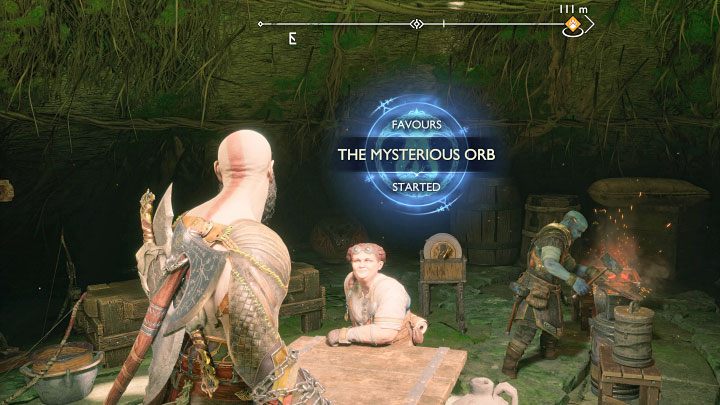 The possibility of finding the titular artifact appears after talking to Lunda. To proceed with the favour, visit the dwarven store from this region - Lunda will temporarily replace another dwarf

The quest for the orb will take you to another region - The Veiled Passage. To find a detailed walkthrough for this favour, check our guide. 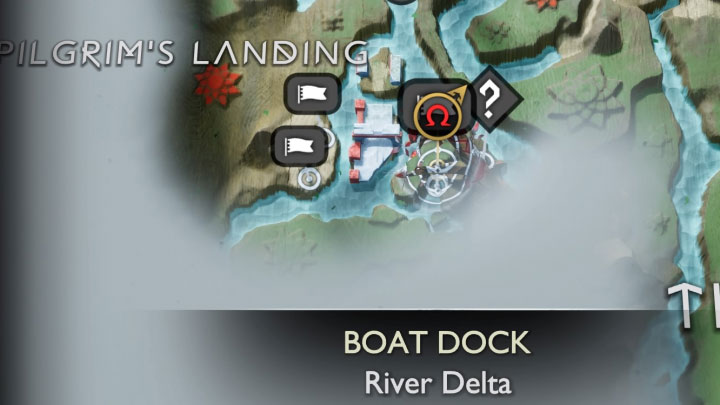 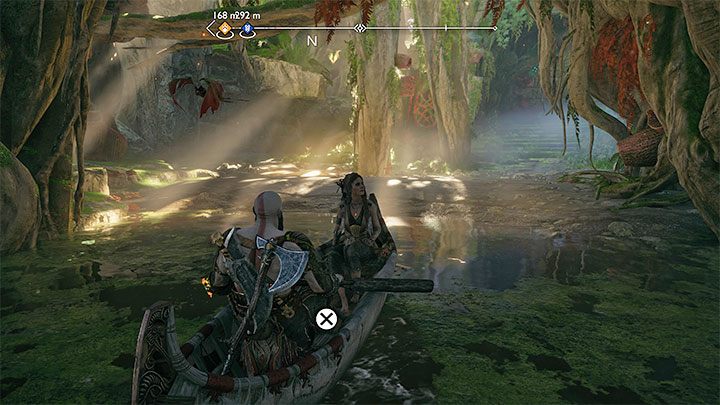 Travel to the northern part of the region (east of Pilgrim's Landing) and sail to the big tree. There is a dock in the are shown in the screenshot, allowing you to disembark and explore the area. 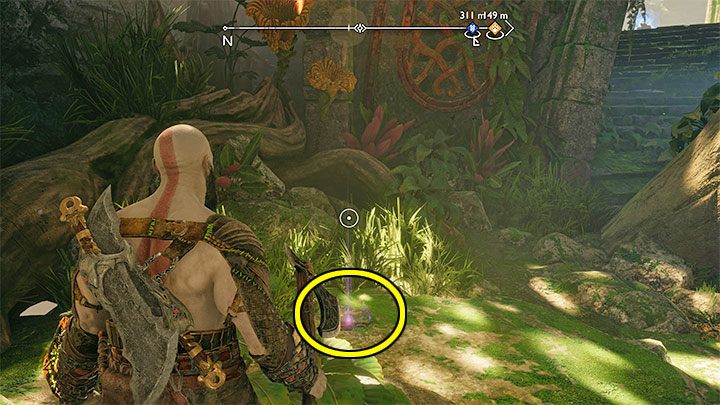 The artifact is on the ground, hidden next to grass patches. 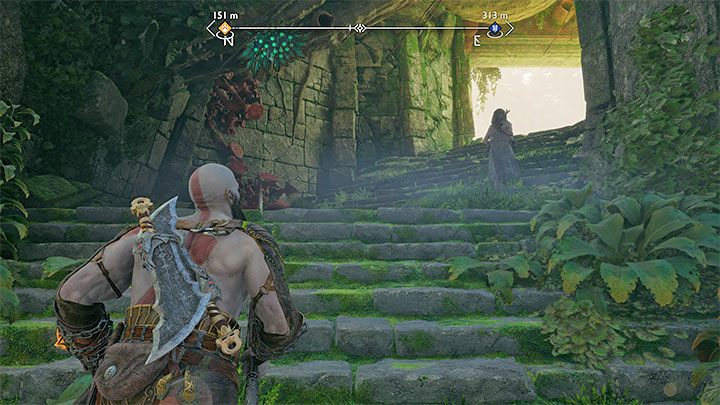 Once again, reach the dock at the big tree. Find the stairs shown in the screenshot. 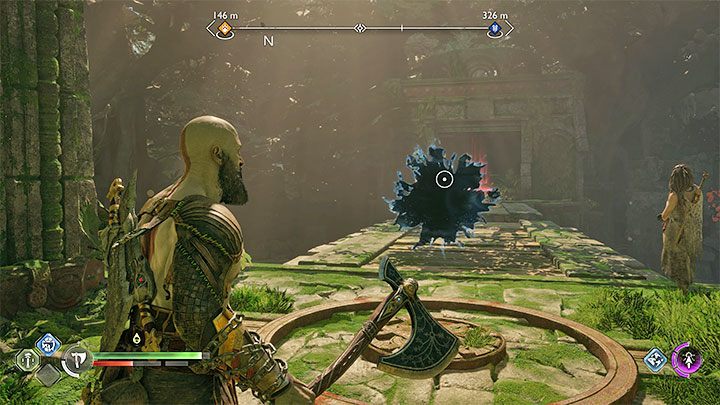 Climb the stairs until you reach the rift. After investigating the rift, several stronger opponents will appear - defeat them. 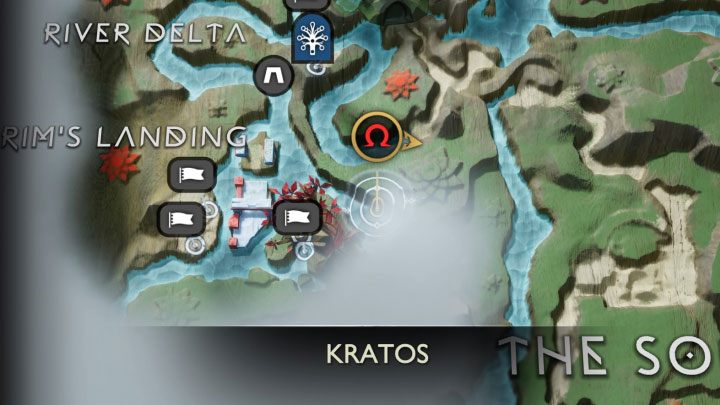 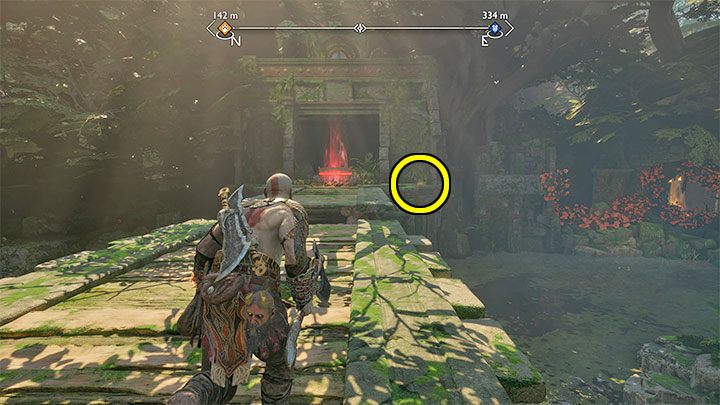 Once again, reach the dock at the big tree. Cross the bridge found east and jump over a small chasm. You'll reach a red chest and the scroll is on the right. 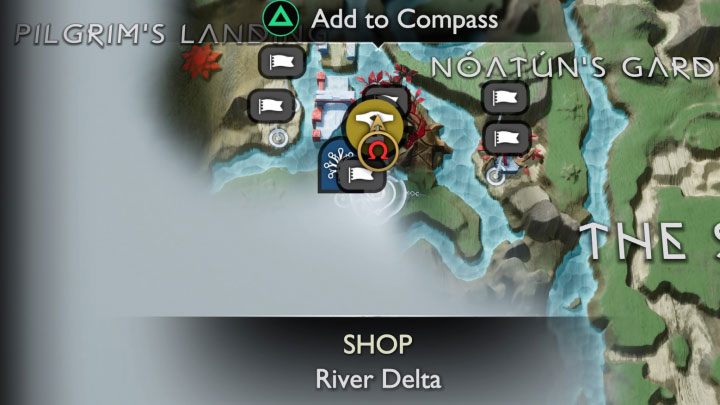 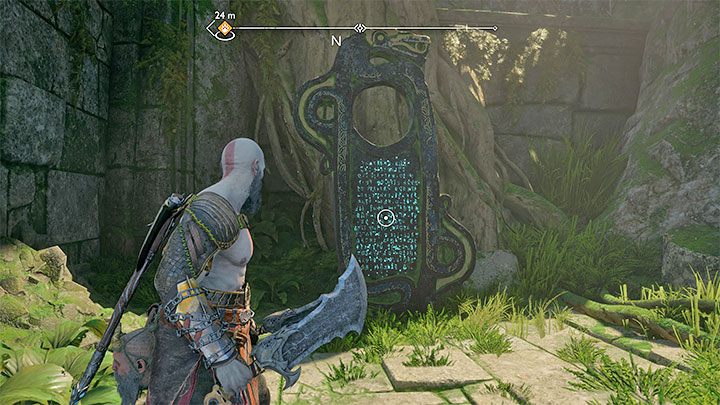 The rune board is found next to this region's dwarven store. 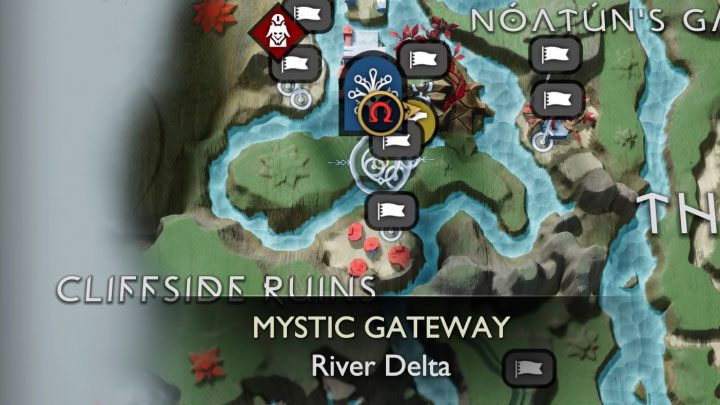 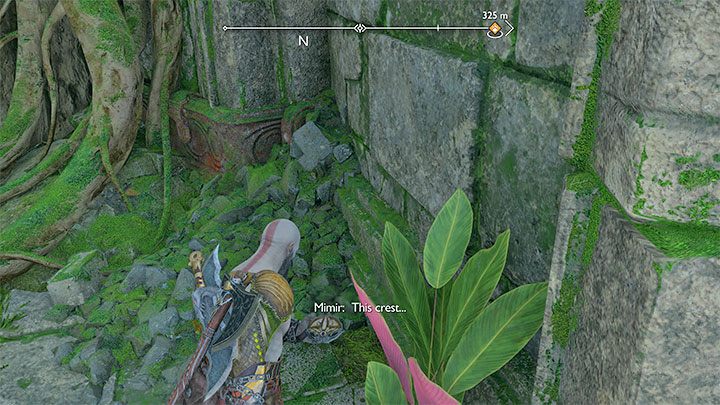 This artifact is found in the grass next to the Mystic Gateway and River Delta dwarven store. 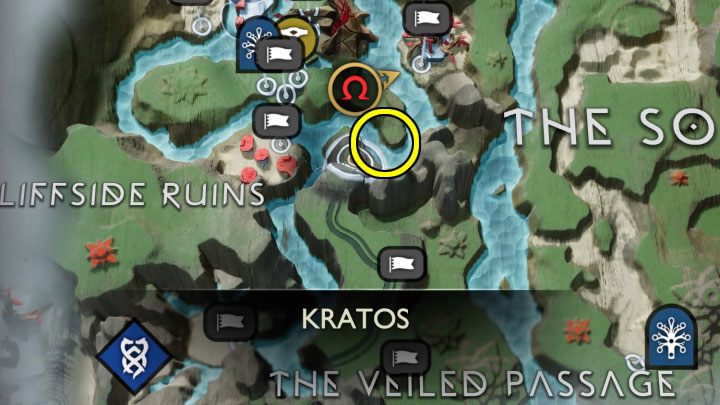 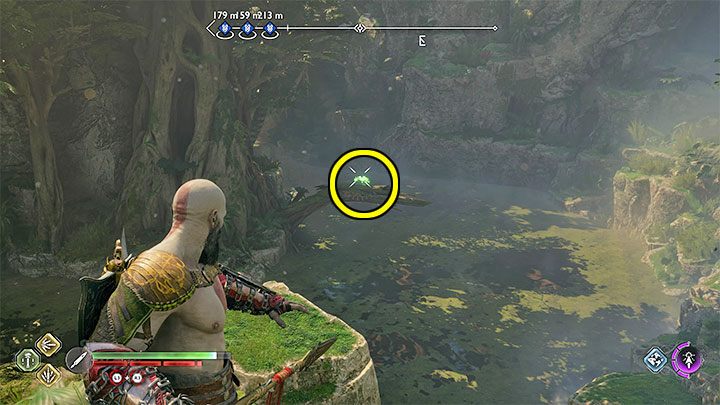 The raven sits on a branch above the river - this makes it difficult to eliminate it, because you can't throw weapons while you are on the boat.

You need to reach Veiled Passage, head north through the caves, and stand at the spot in the image above (Kratos will be facing northeast). 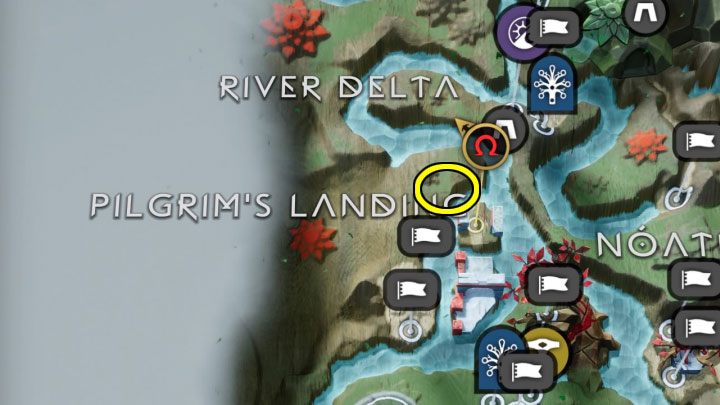 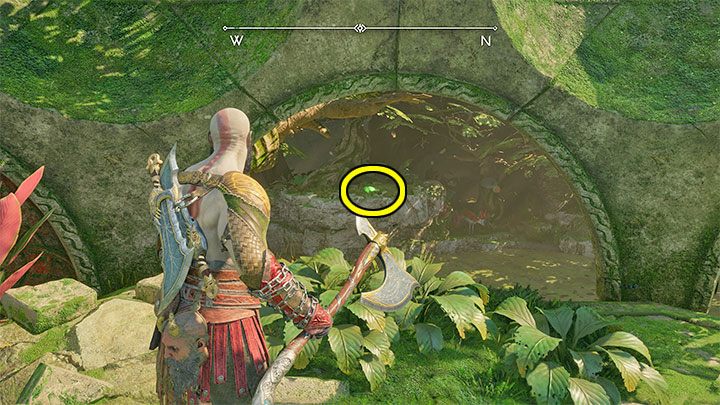 You can hit Odin's Raven by standing in the ruins of the Pilgrim's Landing region (you must unlock the passage to the Legendary Chest there). It is southeast of where the bird sits on the rock shelf. 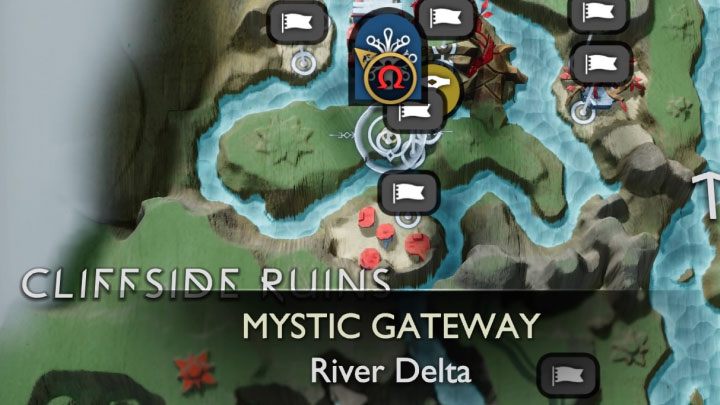 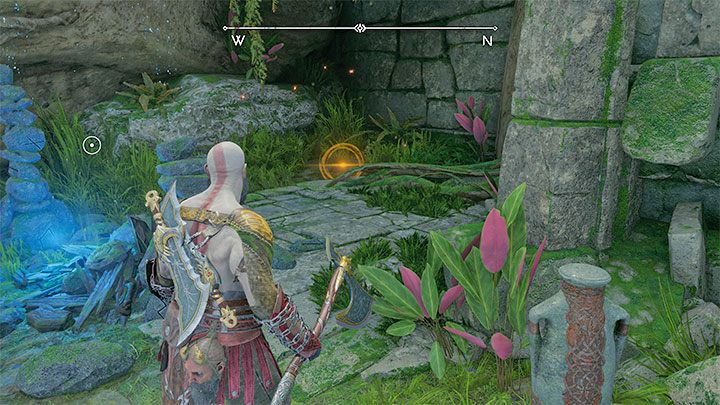 The Buried Treasure is located next to the Mystic Gateway and shop - that spot on the ground will shine.

You must have The Giant's Toes treasure map to find the treasure. The map is acquired in a different region - Vanir Shrine.