Freyr's Camp is a location found in the central part of Vanaheim. On this page of our God of War Ragnarok guide you can find the list and exact locations of collectibles and side activities encountered in Freyr's Camp region - among them, Legendary Chests, Lore, Artefacts, Odin's Ravens, and Last Remnants of Asgard. Here we show the way to collectibles and explain how to complete the region in 100%.

There are following collectibles and side activities to obtain and complete in Freyr's Camp in Vanaheim:

Moreover, in the camp, you can also unlock favours (side quests) that take place in other regions of the world. 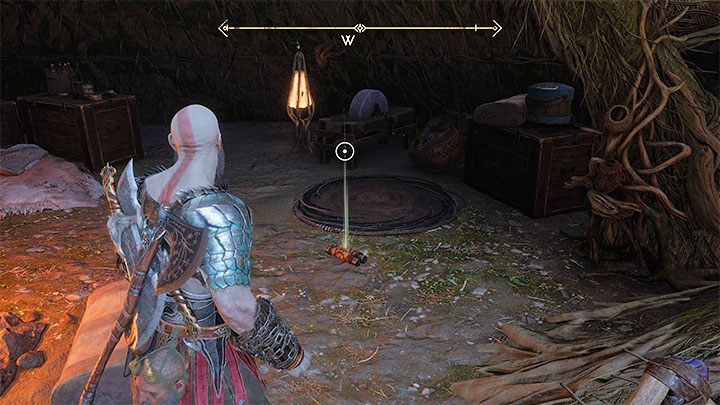 The scroll can be found on the ground in the central part of the camp (the area with friendly NPCs). 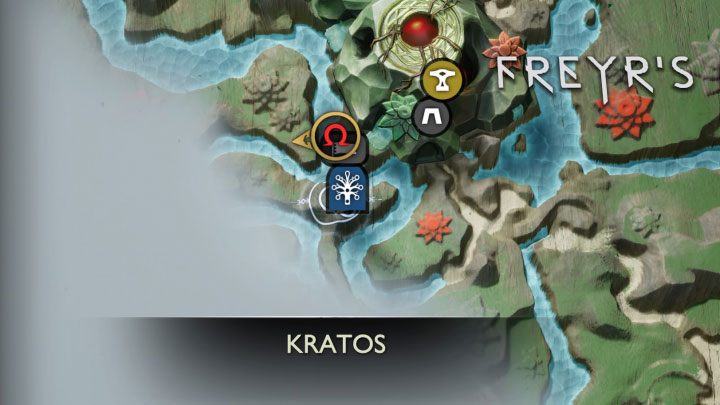 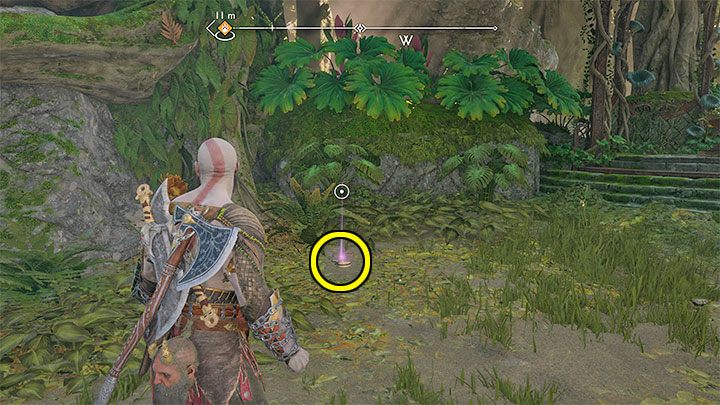 The artifact is found next to Freyr's Camp's Mystic Gateway. The gate is by the river, south-west of the camp itself. 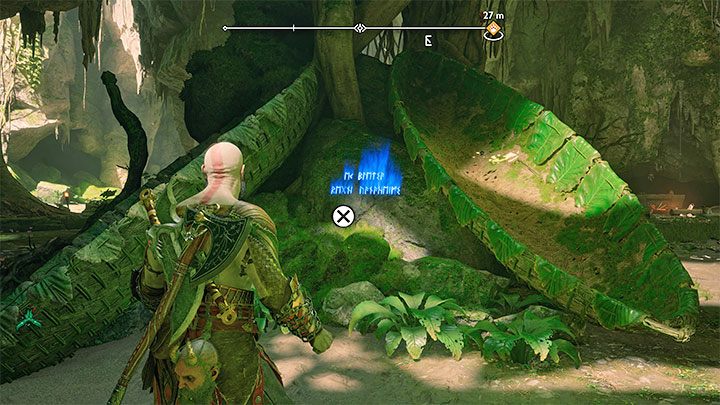 The blue runes are found on a rock in the central part of the camp (the area with friendly NPCs) between two green boats. 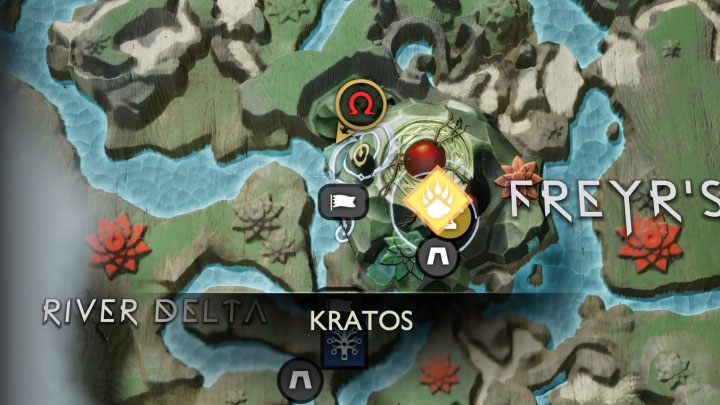 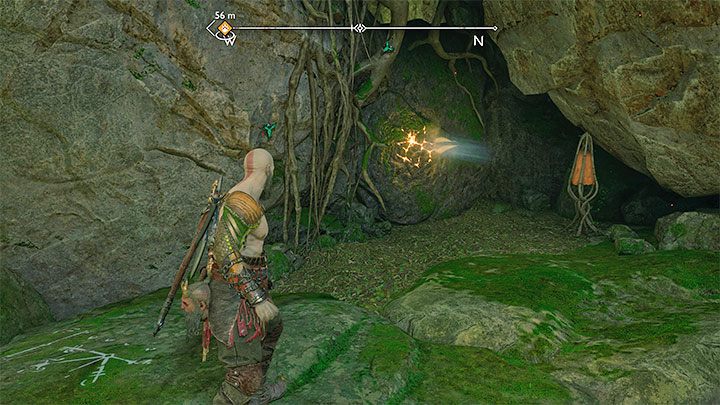 Unlocking this secret requires you to have the Draupnir Spear (the weapon obtained in the course of the main storyline) Start from the central part of the camp and follow the path northwest. In the area from the screenshot, you can throw the spear at an opening. 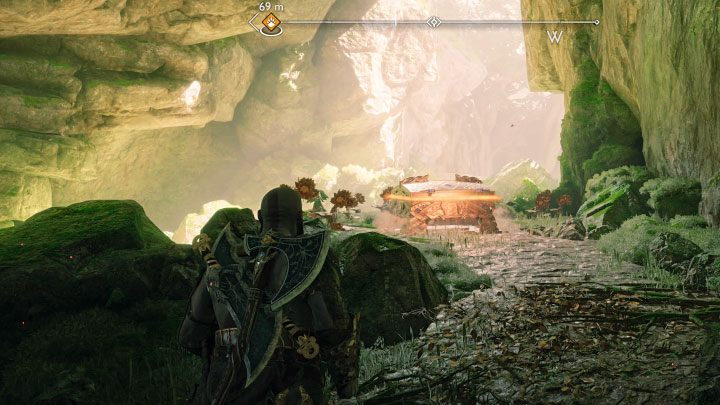 This unlocks the way and allow you to reach the chest. 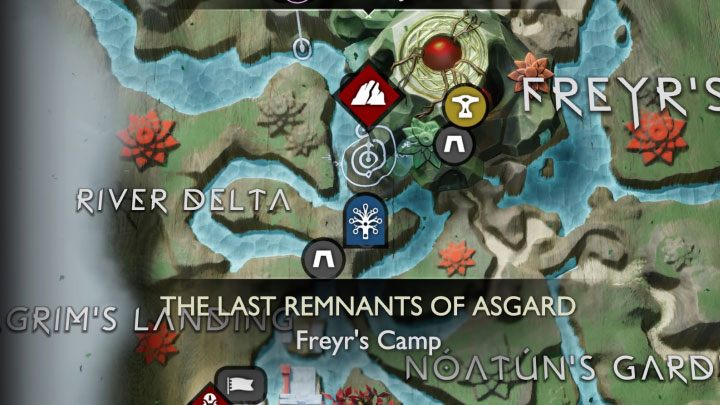 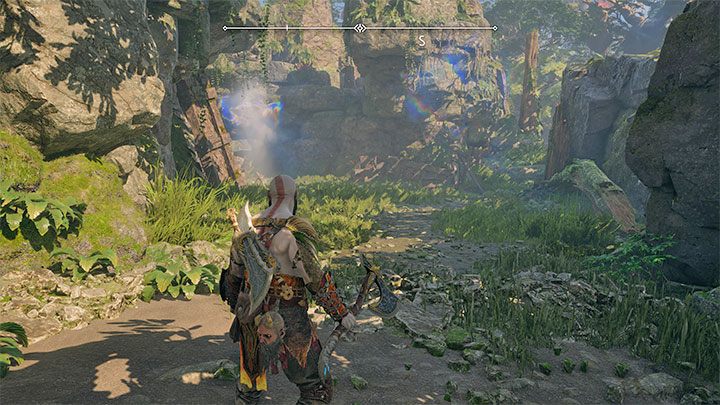 The marker for this activity will appear on the map in the endgame phase, i.e. after completing the main story - the remnants are southwest of the camp. The easiest way is to choose the Mystic Gateway in Freyr's Camp and approach the secret after arriving by boat to the shore.

You have to defeat a group of opponents (they have a high level of experience). After the battle, you can also search the chest - it contains 25,000 Hacksilver and valuable crafting materials. 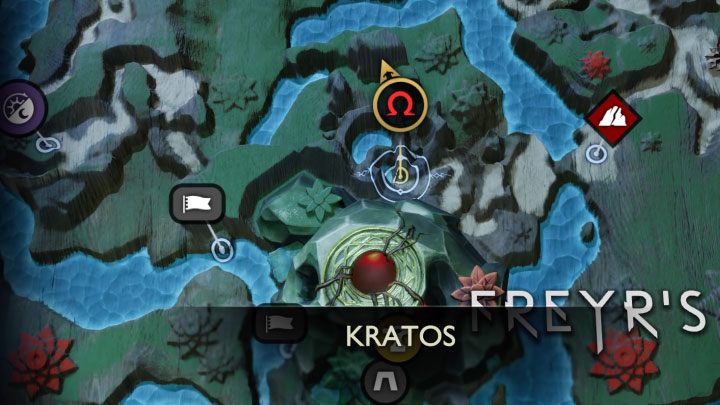 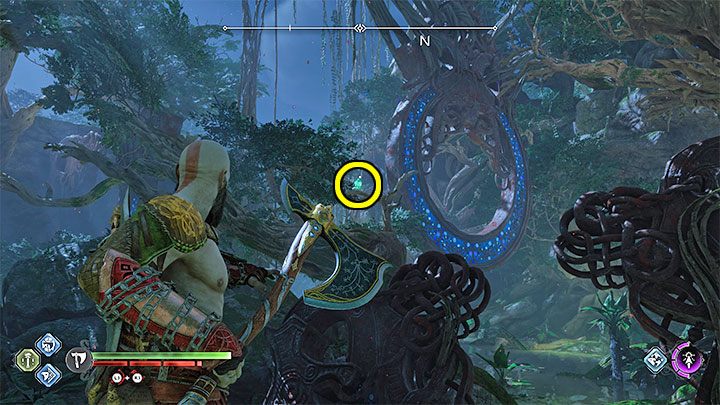 The raven sits on a branch northeast of the camp (you must leave the camp). Stand south of it and use a ranged attack. 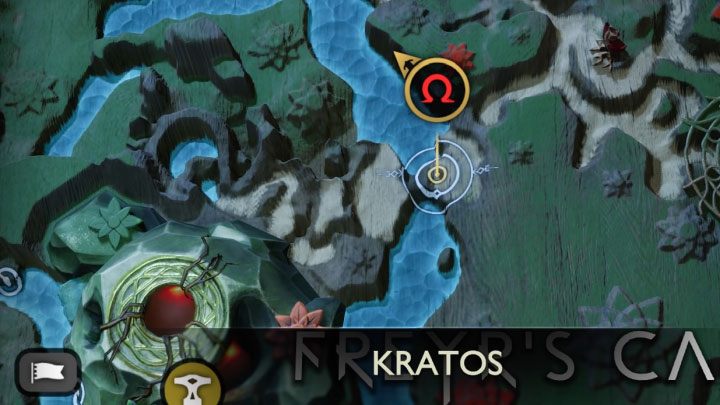 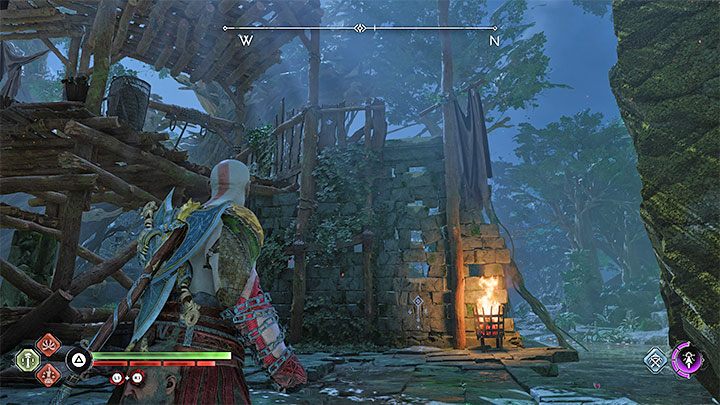 You must start northeast of the camp, specifically at the border of the Freyr's Camp and Eastern Barri Woods regions.

You have to be on the beach in the Eastern Barri Woods and facing west. Start climbing next to the burning basket - the place is shown in the pictures. 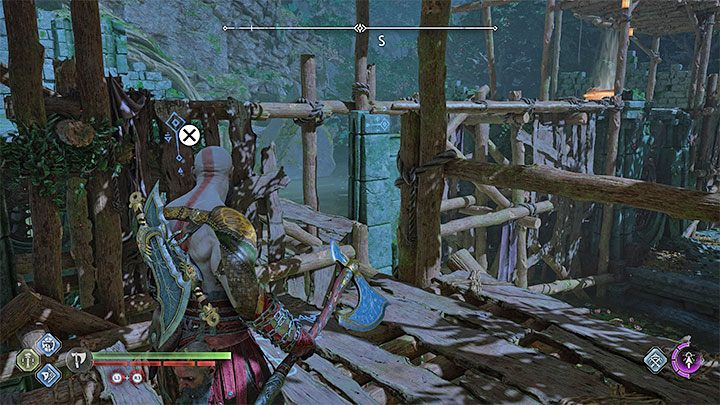 Grab the ledge in the place shown in the picture. Move to the right while still hanging down. 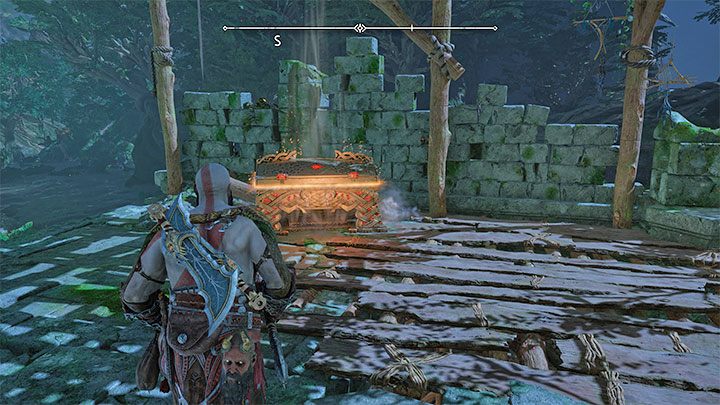 You will reach the shelf with a Legendary Chest.