On this page of the guide, we discuss potential problems with hitting distant targets (shields, torches, Odin's ravens, rifts, and others) in God of War Ragnarok. This can make exploring and unlocking all secrets difficult. To counter that, we've described two viable techniques of hitting distant targets - using seals and the Draupnir Spear. 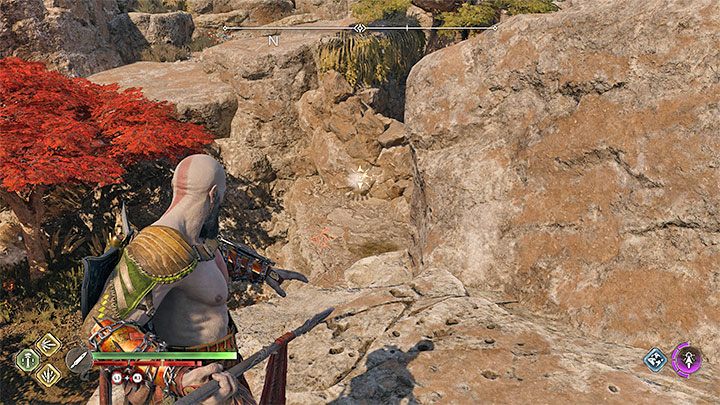 The Draupnir Spear is Kratos' third main weapon. It is not available at the beginning of the game. The exact moment of obtaining it is described in How to unlock the Draupnir Spear? page of the guide.

A huge advantage of this weapon is that thrown spears fly in a straight line and this can make it noticeably easier for you to hit targets that are problematic for Leviathan Axe throws.

With the help of the spear, for example, you can hit distant hanging objects or shields. Having a spear, moreover, is mandatory for hitting weak points with escaping air (example in the picture) - the spear can then be used to blow up an opening or to act as a rod for further climbing. 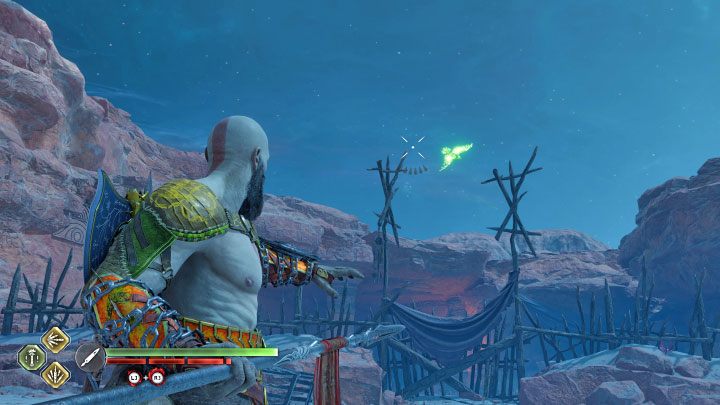 The spear is especially useful when targeting Odin's Ravens flying over the visited locations, as you can more easily adjust the flight path of the thrown weapon and hit the bird in the air. When it comes to Odin's Ravens, Leviathan Axe tends to miss. 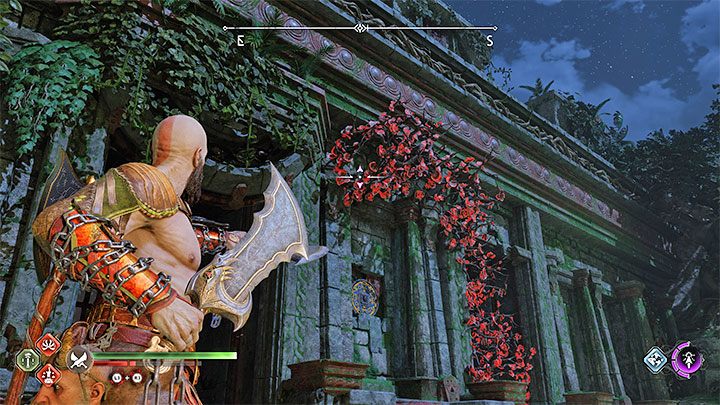 As you progress through the game, you will unlock the seal-making mechanic of Kratos' companions. It is especially useful in those places where there are vines and plants out of the hero's reach (example in the picture). You can't use Blades of Chaos in these places right away. 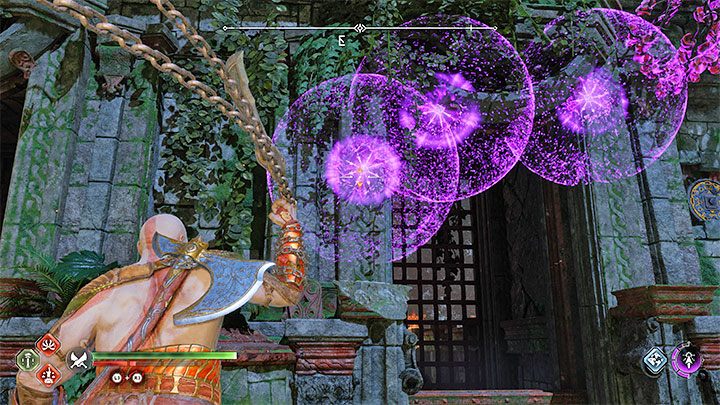 The solution to the problem is to ask your companion to create several seals side by side (example in the picture). Ensure that:

Most often, the one within range is the closest one. Damaging the first seal will initiate a chain reaction - interlocked seals will carry the strike and explode, and ultimately, vines caught by the last destroyed seal should be set on fire. 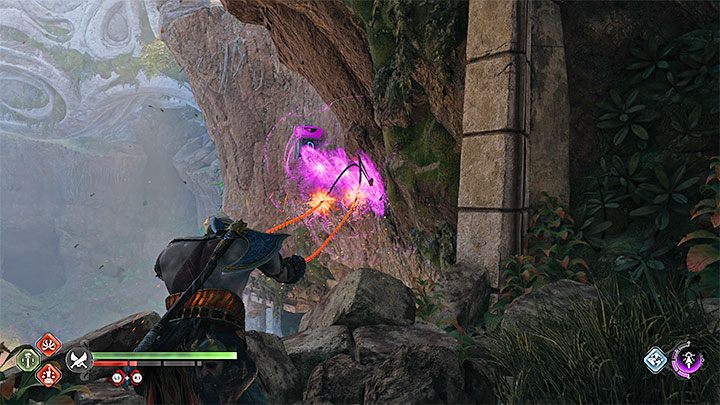 The interlocked seals technique is also useful for lighting torches, which are found at some of the Nornir Chests. It may happen that Kratos, by default, is out of range of a given torch. You have to ask your companion to form a few seals, attack the closest one with the Blades of Chaos and, thanks to the chain reaction, the torch will be lit.