Finding pieces of Lunda's Lost Armour is one of the Labours - optional activities of higher priority in God of War Ragnarok. In our guide, we show where to find Lunda's Broken Belt, Lunda's Broken Bracers, and Lunda's Broken Cuirass, as well as how to repair these items and gain a 40% bonus to damage dealt by Kratos. This bonus will surely prove to be useful when defeating bosses.

Meeting with Lunda and unlocking the task 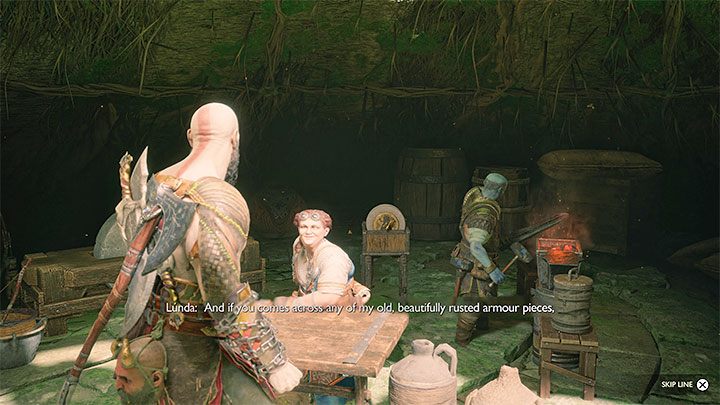 Lunda is one of the dwarves and you can meet her for the first time in Freyr's camp in Vanaheim - this happens during the course of The Reckoning story quest.

Lunda, like Brok and Sindri, works at dwarven stores. It is purely optional, but you can talk to her to unlock and begin Lunda's Lost Armour Labour. Your task is to find 3 missing damaged armour parts. Delivering them to Lunda will enable her to craft a new armor for Kratos. 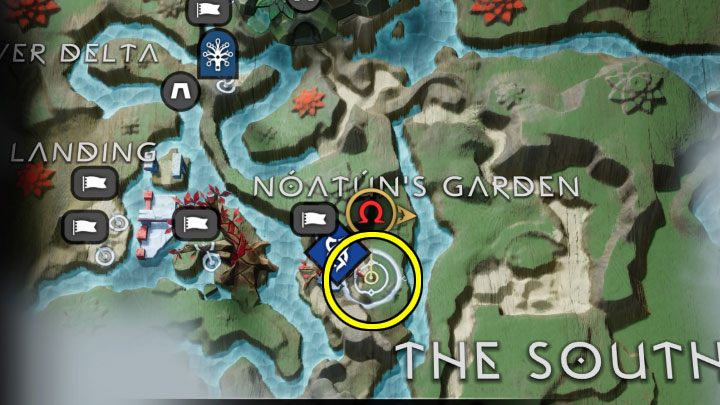 First of these is Lunda's Broken Belt.

Get to the boat and travel to Noatun's Garden - we've marked the search area in the screenshot. 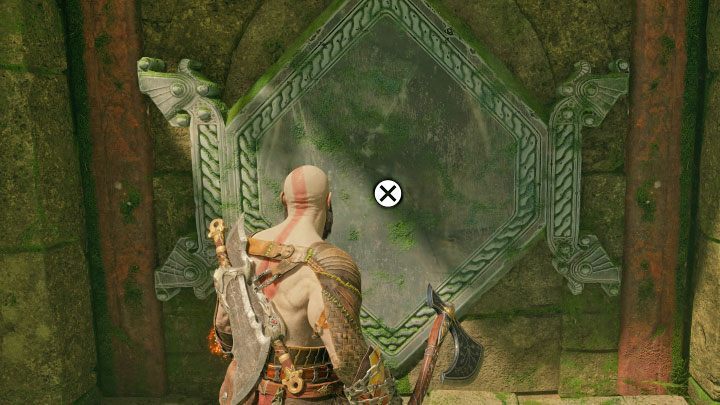 Enter the garden and locate an interactive wall - you can create a rune here and use it to unlock a secret pathway. 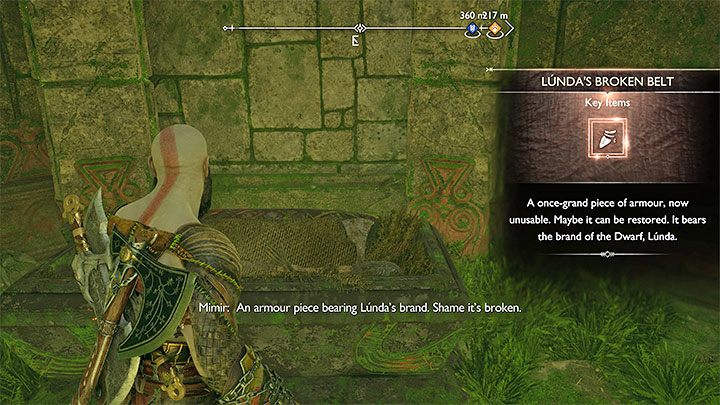 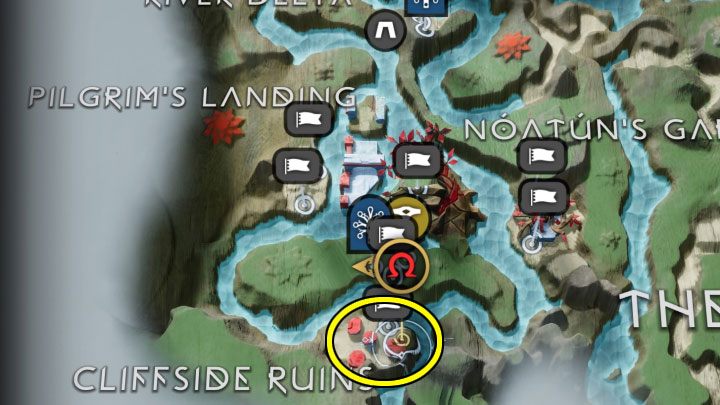 Once again, get to the boat and travel to Cliffside Ruins - we've marked the search area in the screenshot. 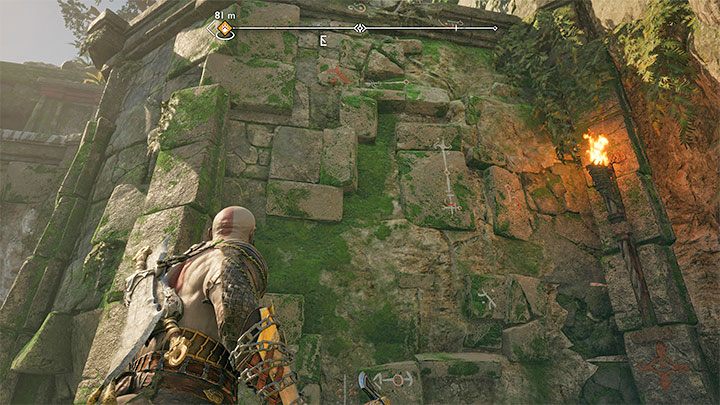 While in the ruins, find an interactive climb spot - it is shown in the screenshot. 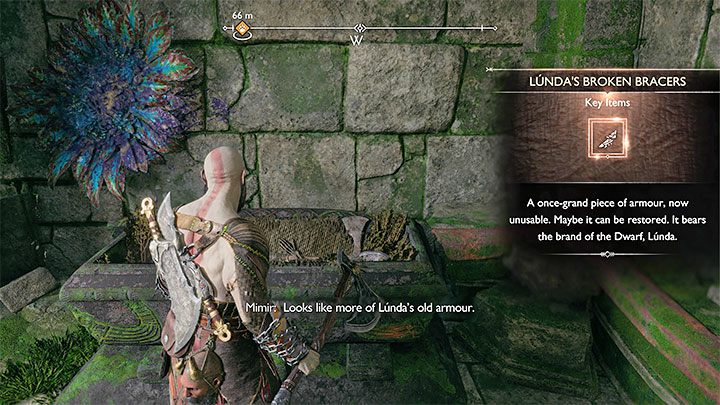 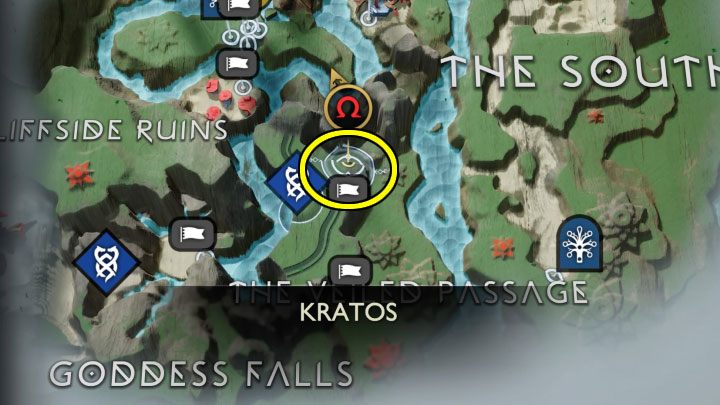 The item you are searching for is in The Veiled Passage region of southern Vanaheim - we've marked it in the screenshot. This area is initially inaccessible. The way to unlock it is described on a dedicated page (Unlocking the gate to southern Vanaheim). 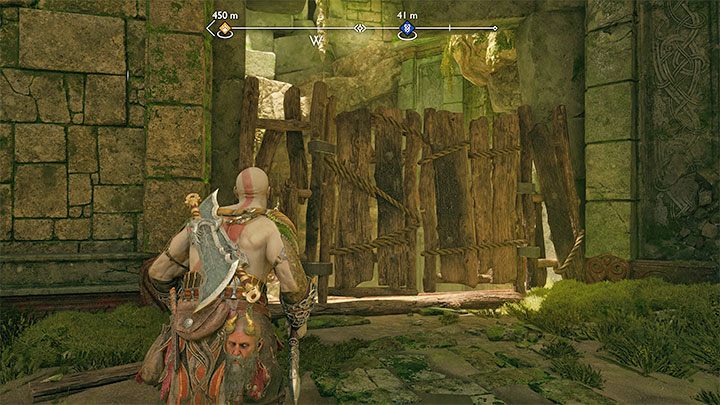 The exploration of The Veiled Passage begins from south and you need to head north. Along the way, you'll encounter a wooden barricade shown in the screenshot - destroy it. 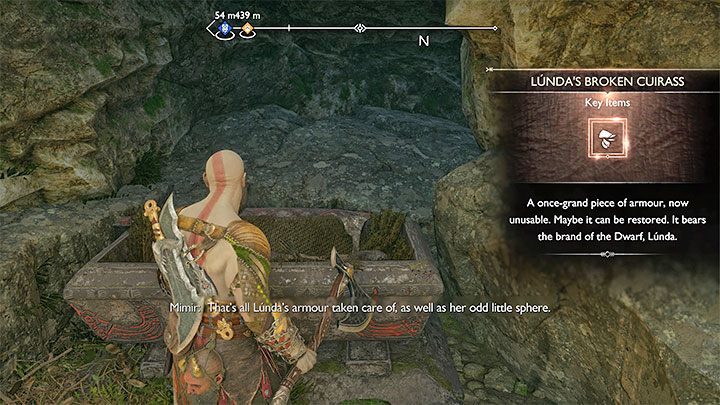 You can find the red chest containing the armor piece behind it. 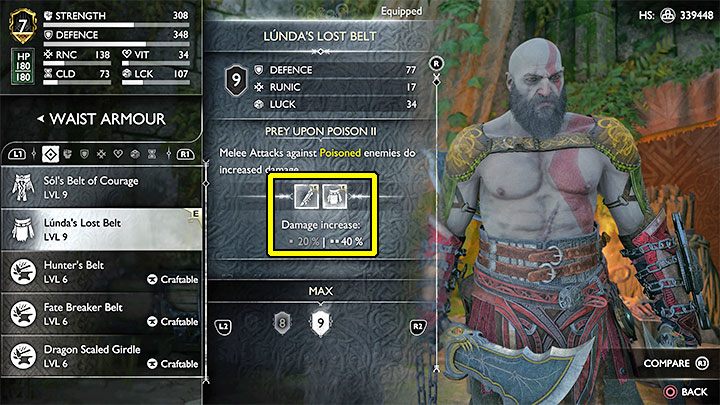 You can return to Lunda after acquiring one or all the items - simply visit any dwarven store in Vanaheim.

To craft the armor, Lunda only needs the damaged armor pieces - no other crafting reagent is required.

Make sure to wear the belt and the bracers at the same time. In addition to the stat boost, there is an additional bonus (damage dealt is increased by 40%) which applies if you are wearing two items from the set.

Lunda's Armor can also be upgraded as you progress to new levels. This, of course, requires silver and various crafting ingredients. Try to upgrade these items to level 9 if you find the damage bonus useful.