This guide page explains how to get the hidden second ending of God of War Ragnarok - A Viking Funeral side quest available in Svartalfheim. You will learn how to find out about the funeral and how to get to the Sverd Sands region to take part in it.

This page has big spoilers. We described the first ending of the game on the previous page of the walkthrough - Main ending. 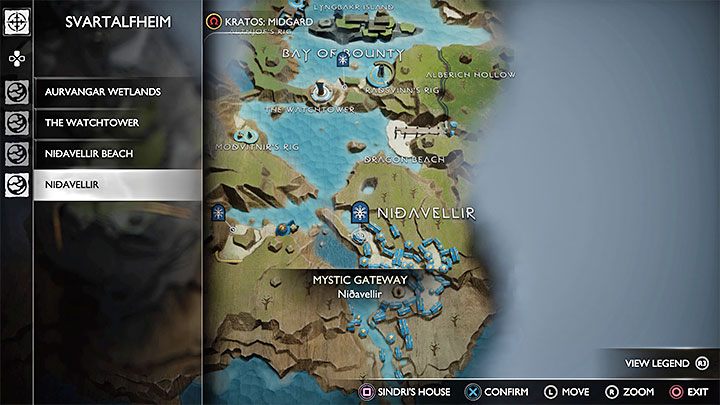 The game does not make it obvious that it has a second secret ending. After advancing to the endgame phase (Beyond Ragnarok), you will learn from Mimir that a funeral is being planned for a friend who died during the main storyline.

Reach any Mystic Gateway and choose the Nidavellir gate in Svartalfheim as your destination. 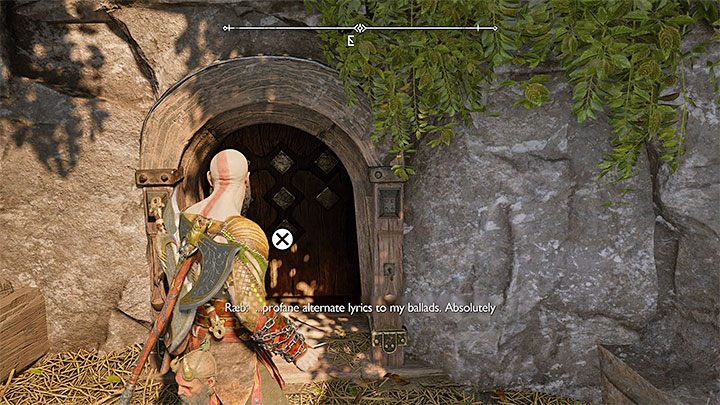 After reaching the village of the dwarves, head south and enter Raeb's tavern (above image).

You will start a favour - A Viking Funeral side quest.

Taking part in the funeral and unlocking the second ending credits 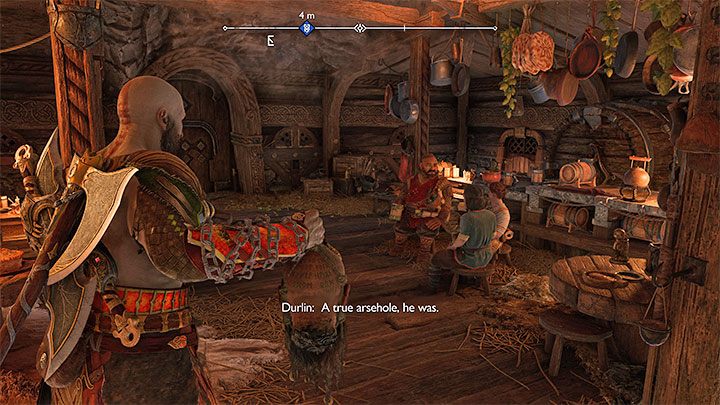 Listen to the conversation with the dwarves and look at the corpse lying on the table. You will learn about the place of the planned funeral. 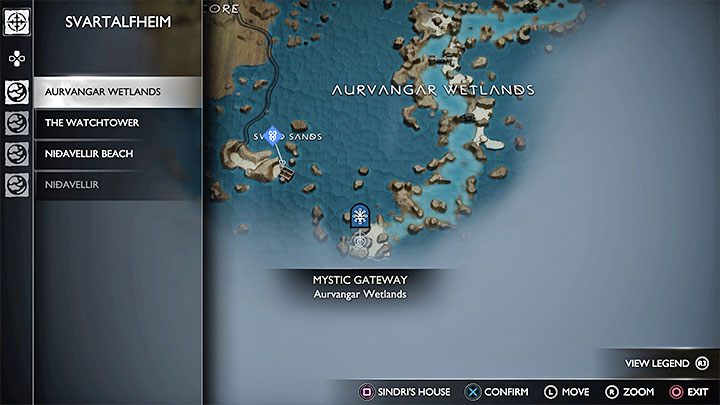 Return to the Mystic Gateway and choose the Aurvangar Wetlands Gate in Svartalfheim as your destination. 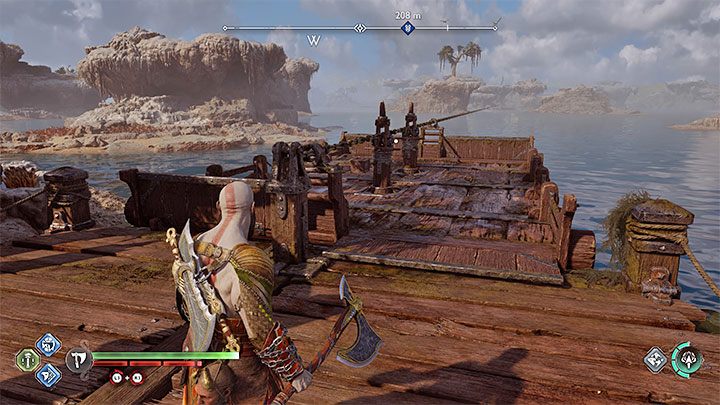 Once there, head a bit to the northwest. You will reach the ferry crossing shown in the picture - use it to reach the Sverd Sands location. 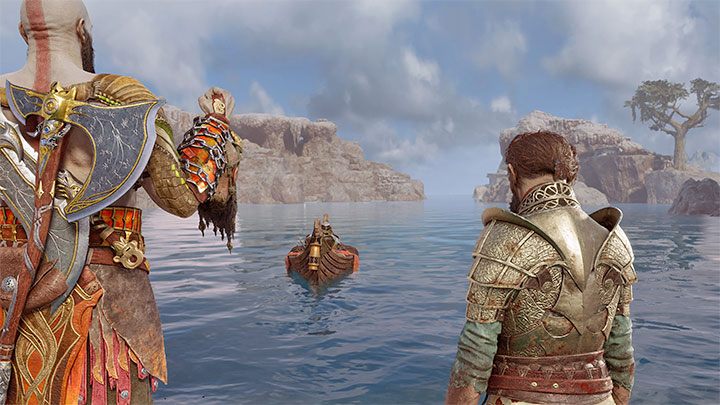 Approach the corpse and move it to the boat. Watch a cut-scene showing the funeral. After watching it, the second ending credits will be displayed (you can end them with Circle). After that, the quest will end. You can optionally talk to some dwarves who attended the funeral.