The Forge is a region in Svartalfheim in GoW Ragnarok. This page explains how to get all the collectibles from the Forge, where to find the Legendary Chest, Nornir Chest, Odin's Ravens, Artefacts and Lore, and Yggdrasil Rifts.

In the Forge IN Svartalfheim, you will find the following collectibles and side quests:

There is one Nornir Chest in the Svartalfheim Forge area, near the tracks. You will be able to open it only after unlocking the spear. You can read when Kratos gets his new weapon on a separate page of the guide: How to unlock the spear? 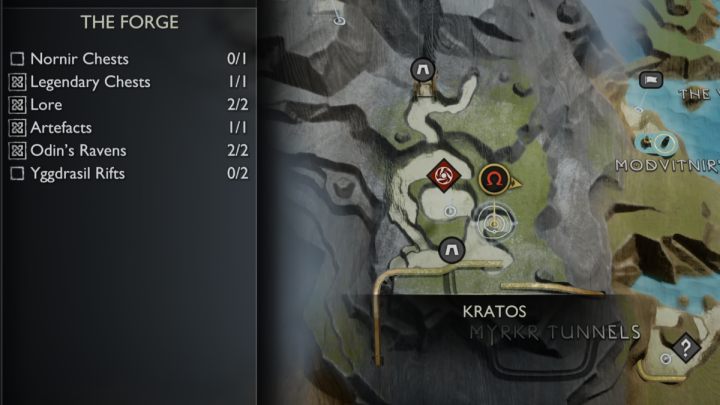 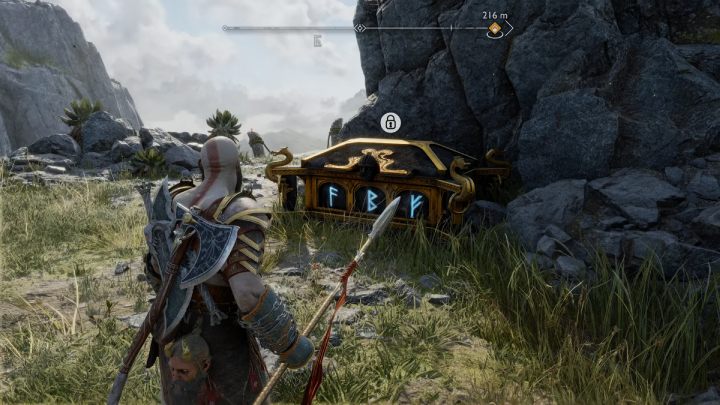 The chest will be standing by the rocks, near the place where you will fight a mini-boss Dreki. You need to drive the spear into all 3 runes and detonate them at the same time to unlock the chest. 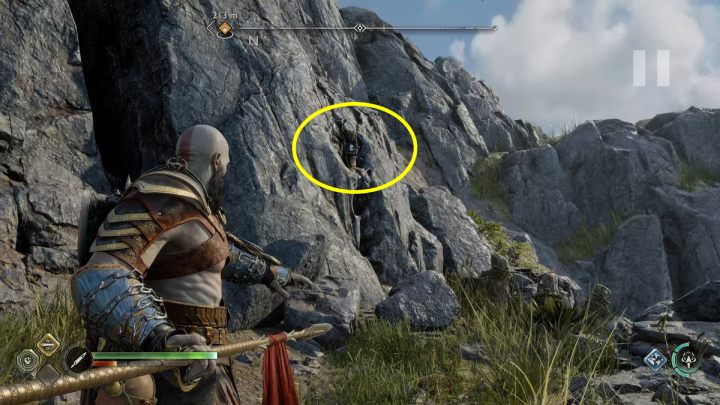 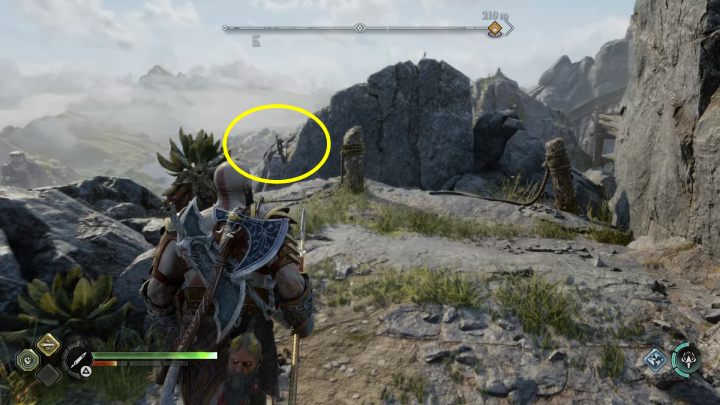 The first rune is on a rock next to the chest. As you approach the mountainside, you will see the second rune in the distance. 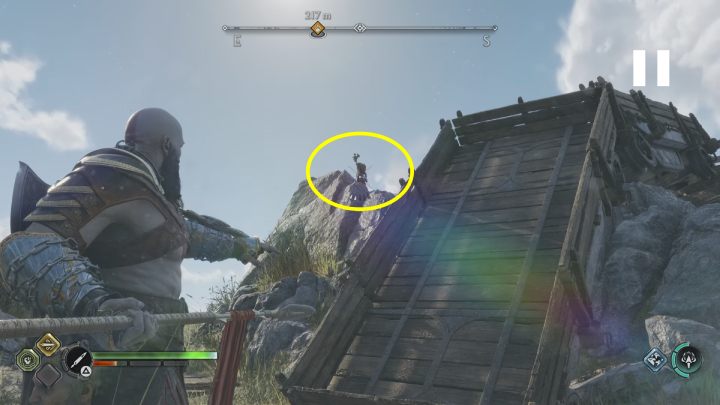 The third rune is on a rock by the tracks. 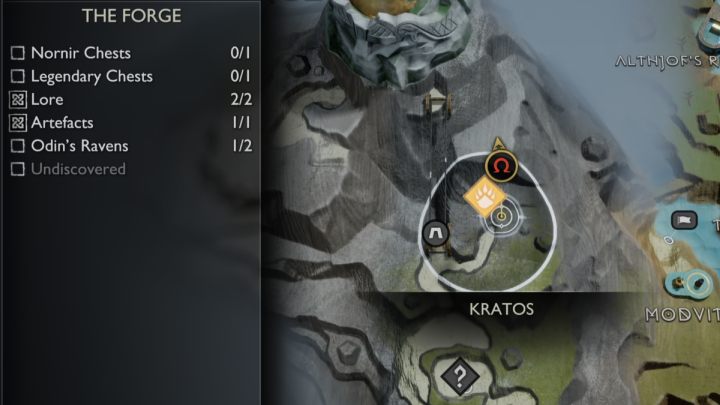 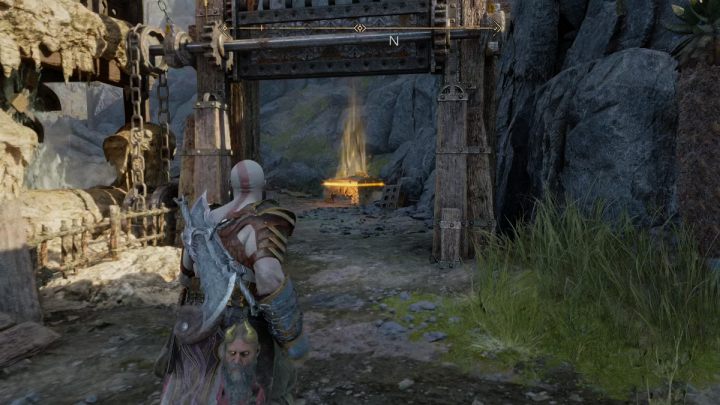 You will come across the chest while following your companion.

You will find the scroll from The Forge in Svartalfheim in the central part of the region. 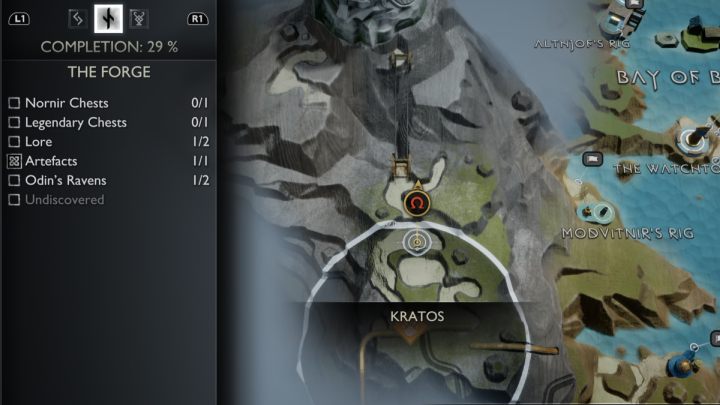 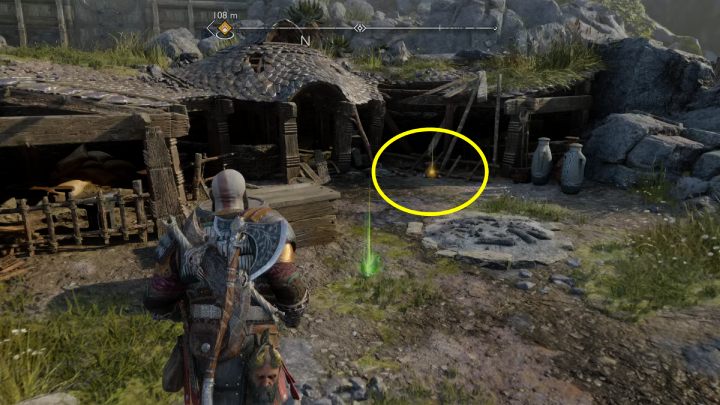 The scroll lies near the campfire site, under a dilapidated roof.

You will find Lore from The Forge in Svartalfheim in the northern part of the region. 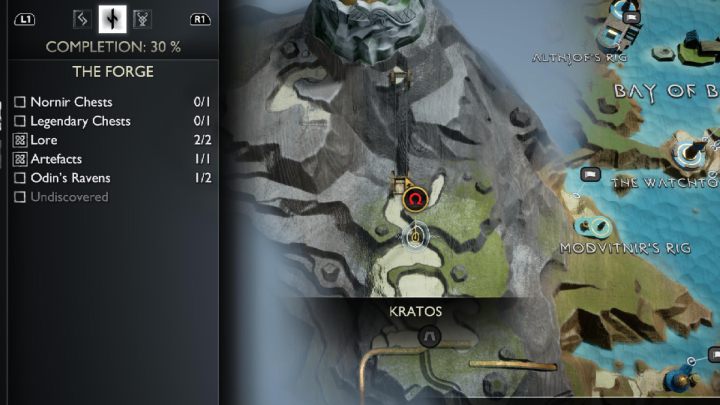 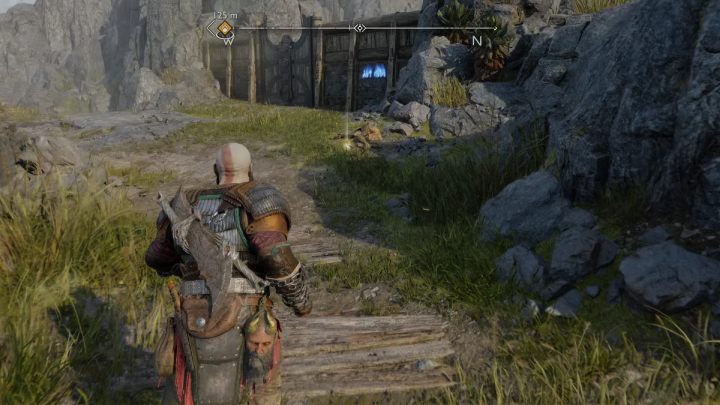 The runes are written on a wooden wall next to the gate to The Forge.

The artifact from The Forge in Svartalfheim is located in the southern part of the region. 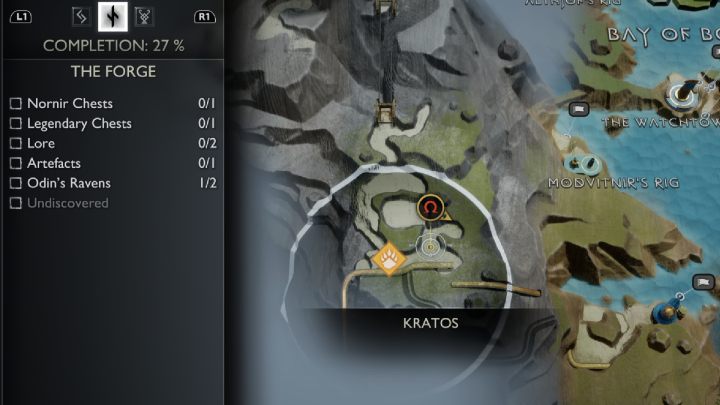 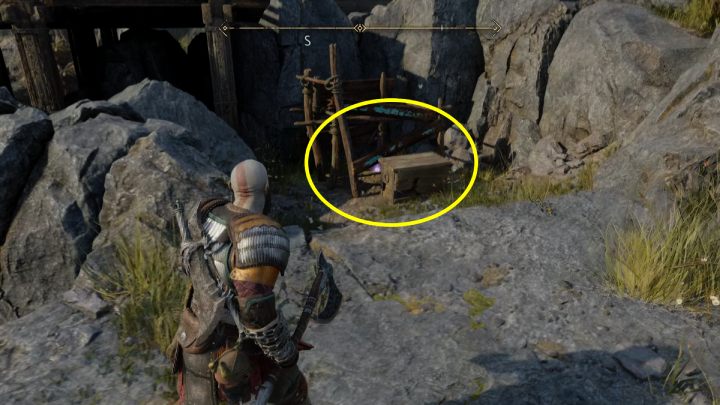 The item is hidden behind boards under a wooden path.

#1 Odin's Raven from TheForge in Svartalfheim is in the southern part of the region. 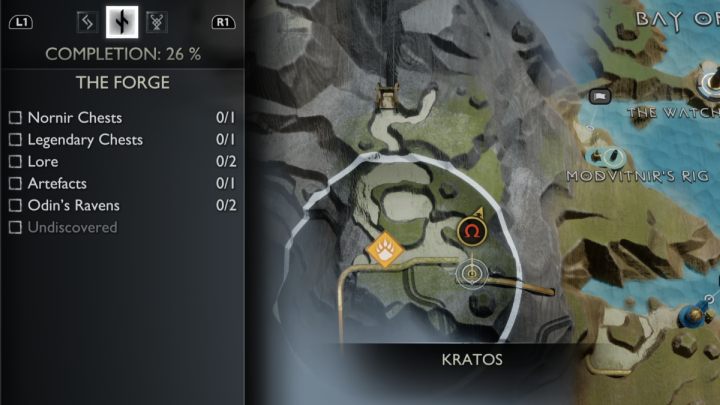 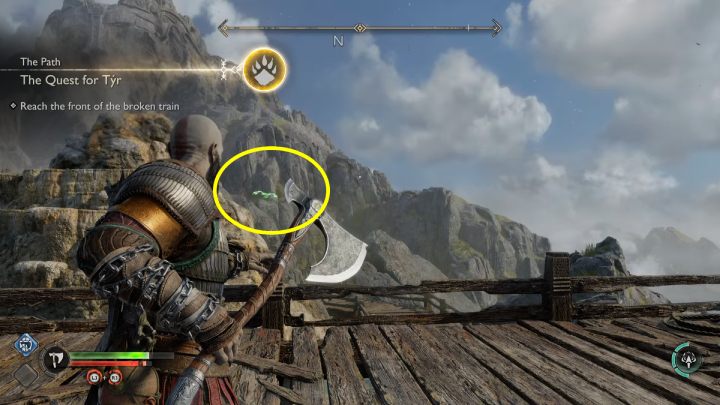 The raven flies over the tracks at the foot of the mountain, where the mining cart stops.

The second Odin's Raven from the Forge region in Svartalfheim is at the top. This area will be unlocked during the 10th main mission - Forging Destiny. 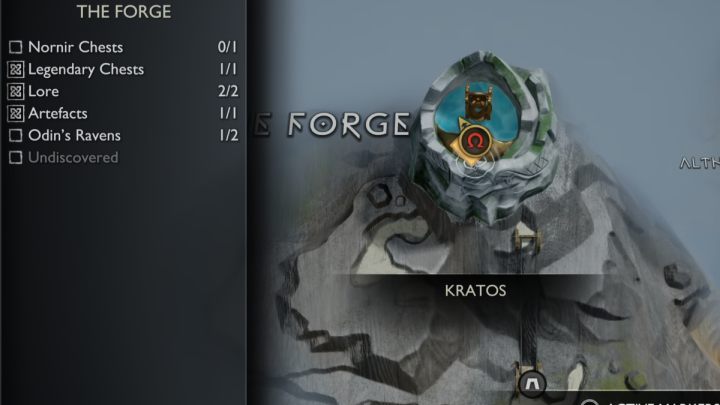 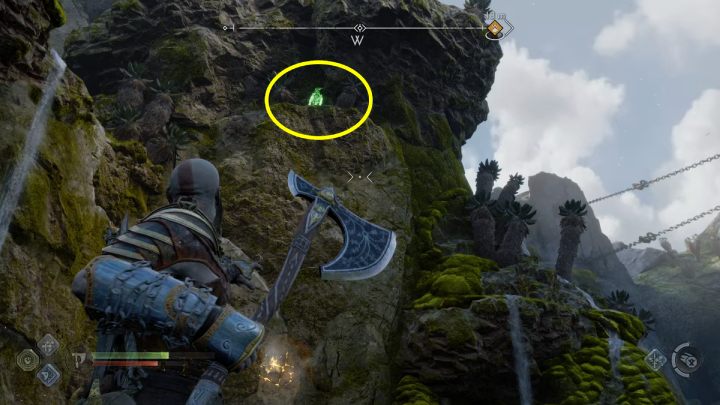 The bird will sit on a rock near the elevator.

The first Yggdrasil Rift from the Svartalfheim Forge is in the northern part of the region. You will unlock the upper part of the Forge during the 10th main mission - Forging Destiny. 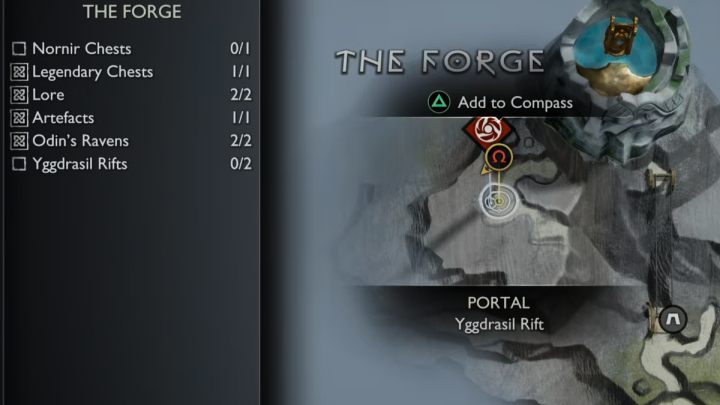 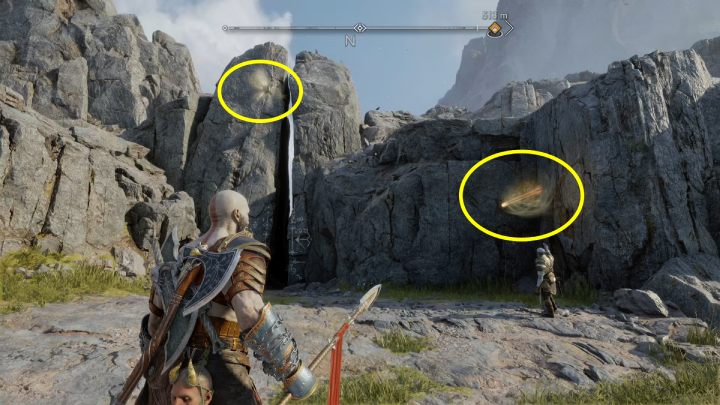 When returning from the Forge, drive 2 spears into cracks on the rock to get higher. You will be able to get this collectible only after talking to the Squirrel by Sindri's house and starting The Lost Lindwyrms favour.

The second Yggdrasil Rift of from the Svartalfheim Forge is in the central part of the region. 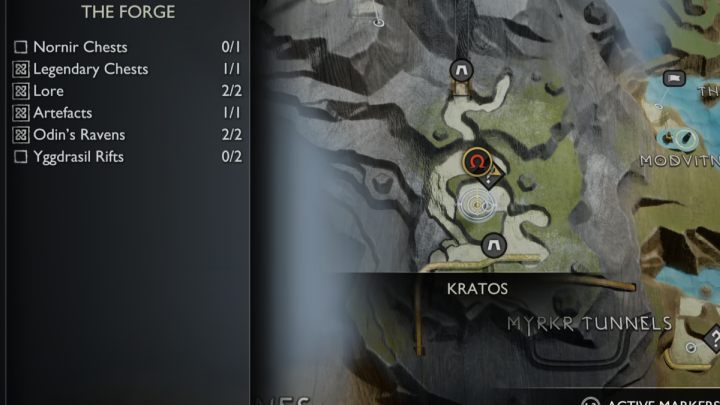 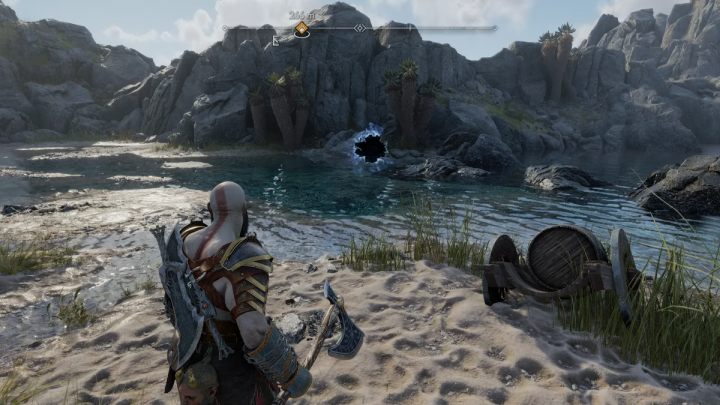 You must defeat all the enemies that pop out of the rift and then interact with it again to get the collectible.