The most difficult battle of The Summoning story quest of God of War Ragnarok involves facing 2 Valkyries - Hrist and Mist, who were sent by Odin. Our walkthrough shows what types of attacks Hrist and Mist use, how to protect the grabbed Atreus, and how to defeat the Valkyries - this battle encompasses 3 phases. 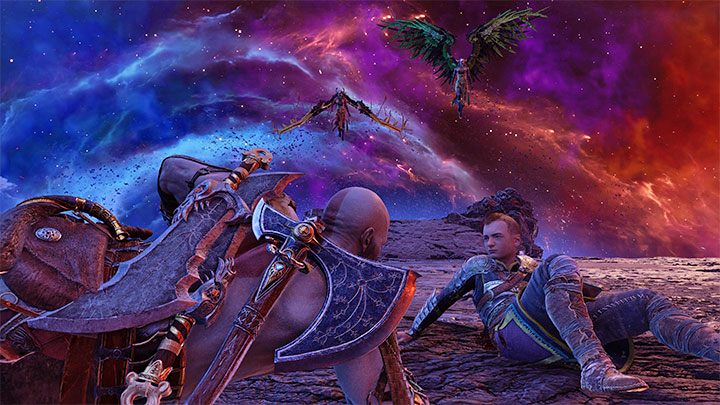 Hrist and Mist are 2 Valkyries under orders from Odin, and you must fight both of them at once during the finale of the story. The Valkyries will attack Kratos and Atreus during the course of The Summoning story quest taking place in Musphelheim.

This happens after entering Spark of the World region, after a scene where you follow Surtr. 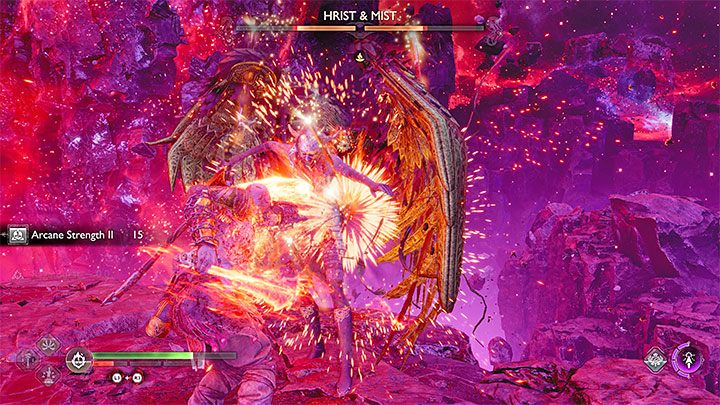 The battle consists of 3 phases, and you advance to the next one after successfully depleting the Valkyries' health bar, which is renewed at the start of the next phase. 2 health bars appear on the screen, but you'll have to deplete each at the same time. A situation where you face only one Valkyrie is not possible.

When attempting to deal damage, use Spartan Rage, special attacks of all 3 weapons, and Atreus' help. Using various types of elemental damage is a good idea. You can, for example: 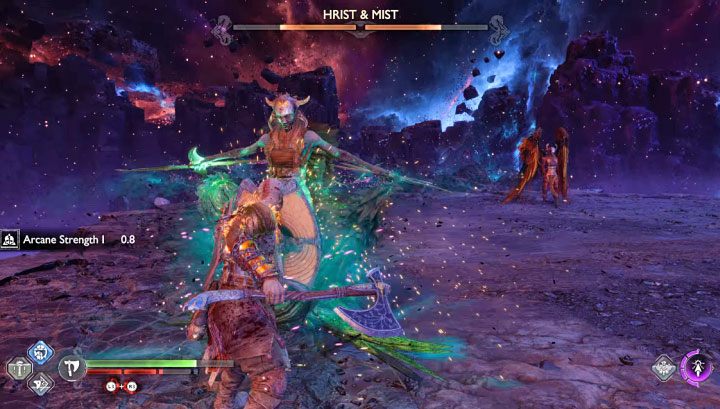 Hrist and Mist have a lot of tricks up their sleeve. The first of these is a spin attack - this one is a normal attack, so just hold down the block button. However, do it fast, or Kratos will receive damage until the attack concludes. 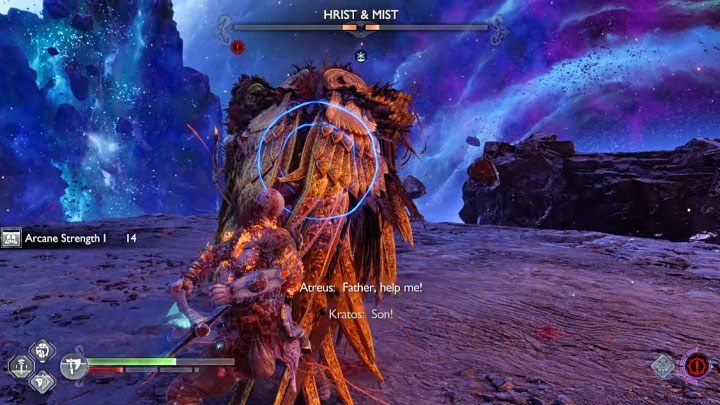 Other ones involve air or ground attacks (yellow) - parry or dodge them, and a blue attack involving hiding behind wings. You can expose the protected bosses to damage by running up to them and striking with your shield (L1x2)

During the encounter, always pay attention to the arrows that appear next to Kratos. They can alert you to attacks from behind or from flank. Moreover, Atreus should also warn you of such an attack. An effective tactic here are fast dodges. 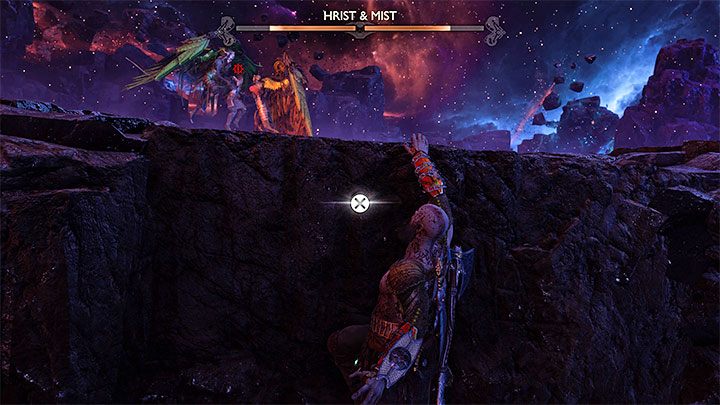 After the Valkyries lose all their health, they will retreat back to a safe area.The bosses will regenerate some of their health and an inavoidable attack will take place - Kratos will fall to the ground, and one of the Valkyries will grab Atreus. You must save the boy - press X in a rapid succession.

From now on, you need to watch out for Atreus and help him when needed. As soon as you receive a warning and a red exclamation mark appears, attack the valkyrie that is holding the boy - this can be a melee or ranged attack (e.g. throwing the axe or spear). 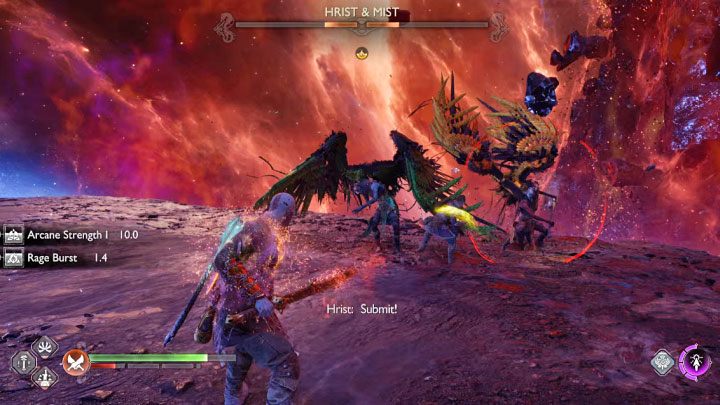 Moreover, you need to watch out for a new red attack in which Kratos is grabbed and slammed to the ground. This move is capable of inflicting very high damage and it is crucial to dodge correctly. 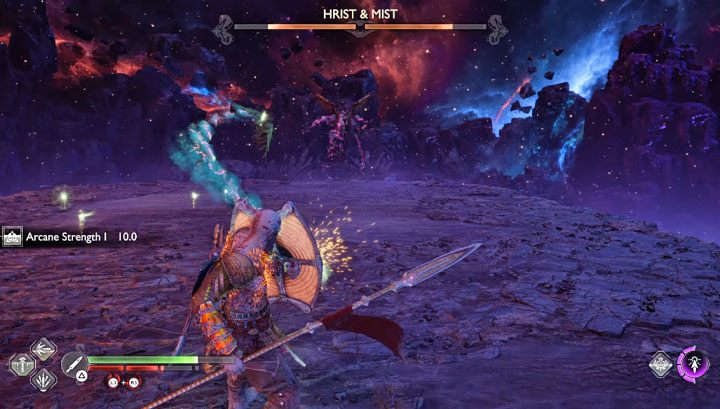 From now on, Hrist and Mist can use a combined attack: 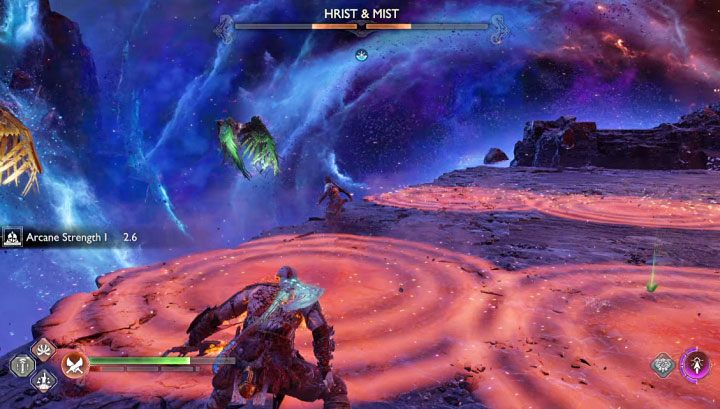 Another new Valkyrie attack is sending out shock waves. They are marked with red circles. To avoid damage, quickly escape the radius. 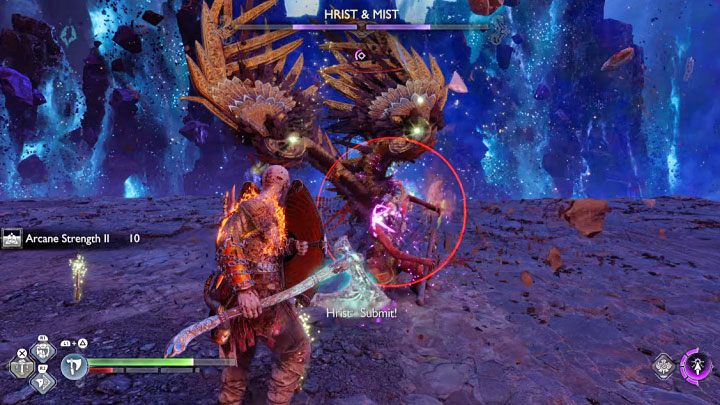 You advance to the last part of the battle after the Valkyrie's energy bars are depleted again - both bosses will regenerate (partially) for the last time.

Valkyries can now fire a powerful red attack twice in a row. This means that you have to perform perfect dodges one after another. 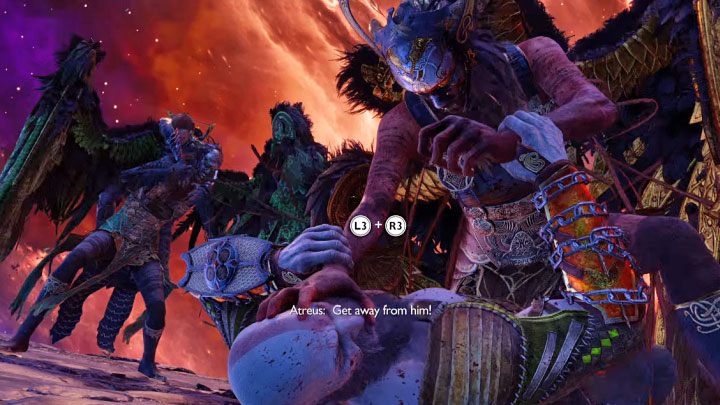 After the Valkyries lose almost all of their health bar you can press R3. The final sequence will begin - successfully complete consecutive QTEs by pressing the buttons that appear on the screen (note: twice it will be a combination of L3 R3 instead of pressing a single button). This will be the end of Hrist and Mist.