You're going to fight a pair of Soul Eaters during the course of The Summoning story quest of God of War Ragnarok. Thanks to our guide, you'll learn how to properly damage the bosses, how to avoid their attacks, and how to deal with draugrs. 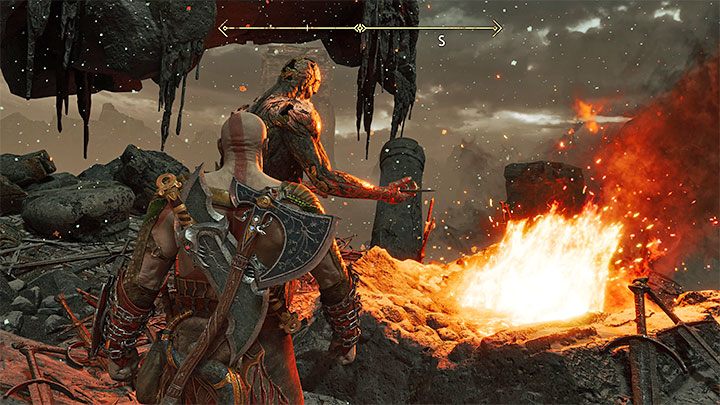 Soul Eaters are one of Ancients - bosses encountered in Muspelheim. The fight with 2 Soul Eaters takes place during the course of The Summoning story quest.

Kratos and Atreus made their way to Surtr's forge. The attempts to make him cooperate with the heroes are interrupted by the appearance of the first Soul Eater.

Tips for the encounter 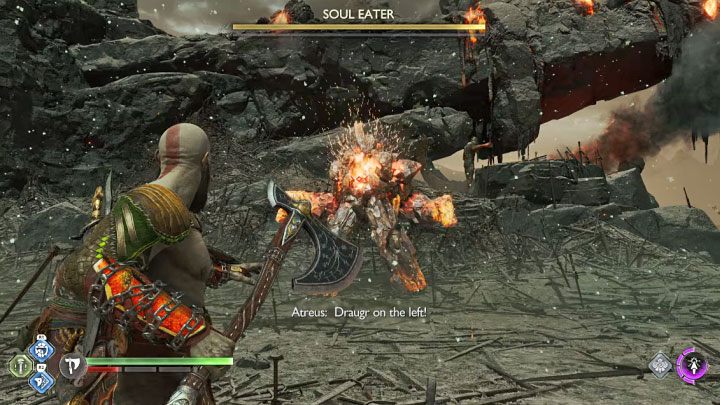 At the beginning of the encounter, you face only a single Soul Eater, but the second one will appear not much later, mainly after the first Soul Eater takes some damage.

You can only attack the Soul Eater after it reveals its core - then use a ranged attack (e.g. throw the Leviathan or the spear). 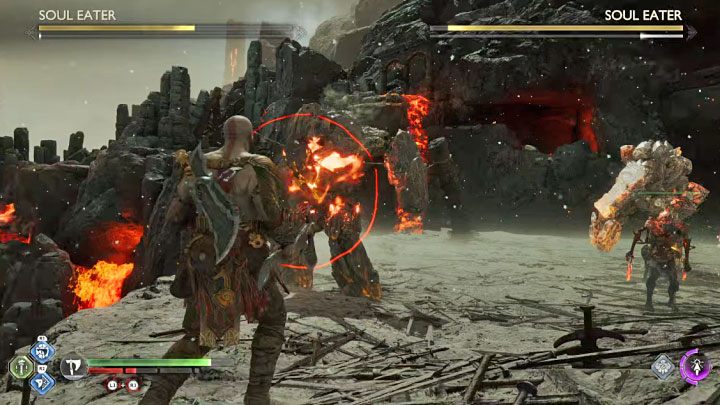 You must be careful after the core is exposed and avoid the Soul Eater's attacks. The most important of them are the following: 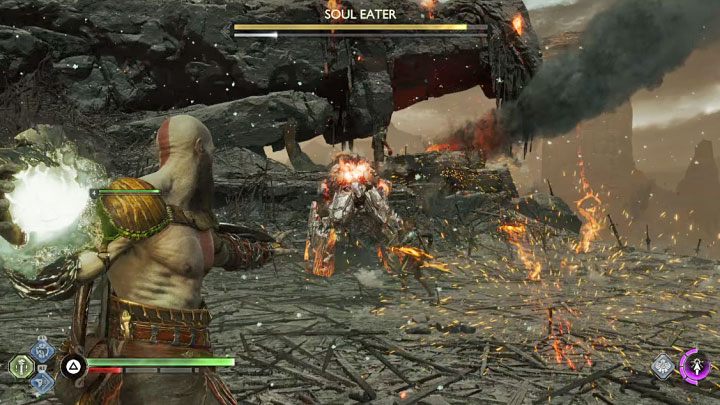 Soul Eater can leave projectiles lying behind - pick them up. 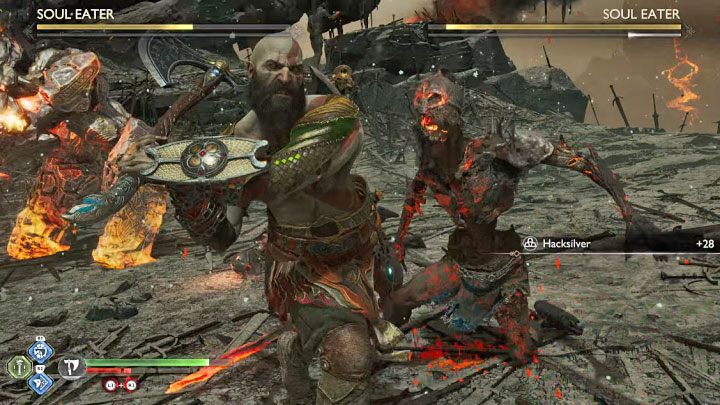 Draugr will also attack you. You can ask Atreus to distract them and use area attacks, but remember that the priority is to weaken the Eaters. 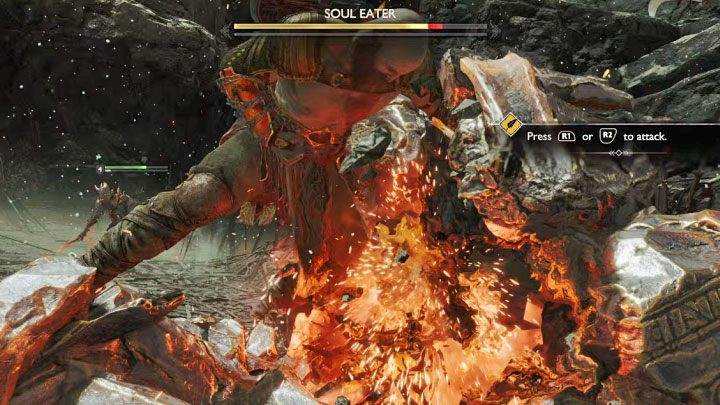 Striking the Soul Eater's core will stun the boss - once that happens, approach him quickly and press R3. You can now deal light or heavy attacks (R1/R2) to effectively deplete the boss's health bar. 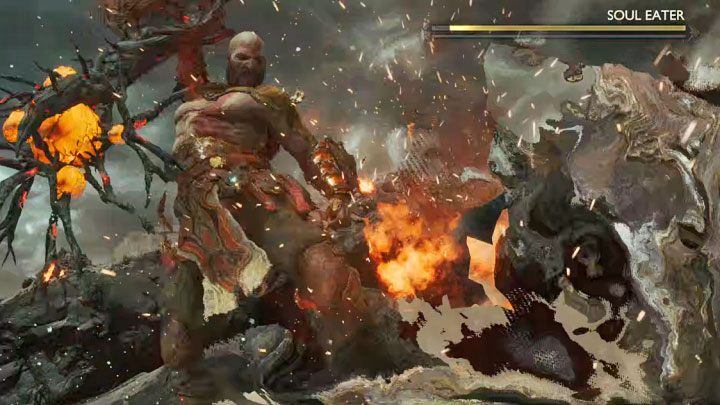 After the second Soul Eater appears, focus on further weakening the first one. This is done in order to avoid having to face two opponents at once.

During combat, pay attention to arrows that appear next to Kratos - they warn of an incoming attack from side or behind (from the other Eater or one of the draugr).

Once defeated, Soul Eater will explode. Defeat both of them and the lesser monsters that may have survived to the end of the fight.