The Weight of Chains is a favour in GoW Ragnarok. Here you will learn how to solve the Giant Geyser puzzle and how to unlock Lyngbakr Island in Svartalfheim. We explain how to destroy the chains and free the fins and tail. We explain how to find the key to the Watchtower and how to activate the drum.

Key to the Watchtower

The favour will begin when you reach the boat dock named Giant Geyser. This island is located in the middle of the Bay of Bounty in Svartalfheim. 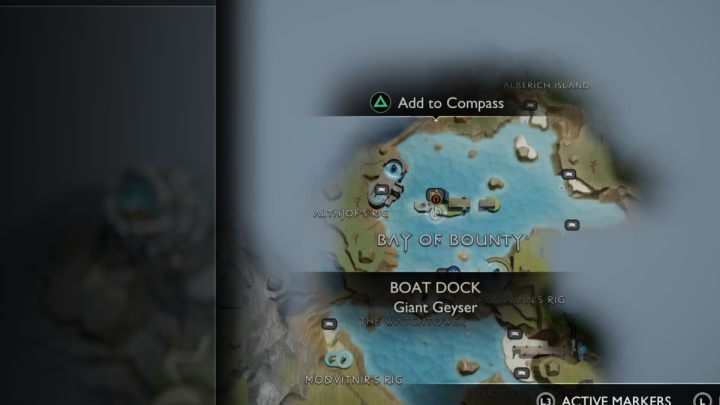 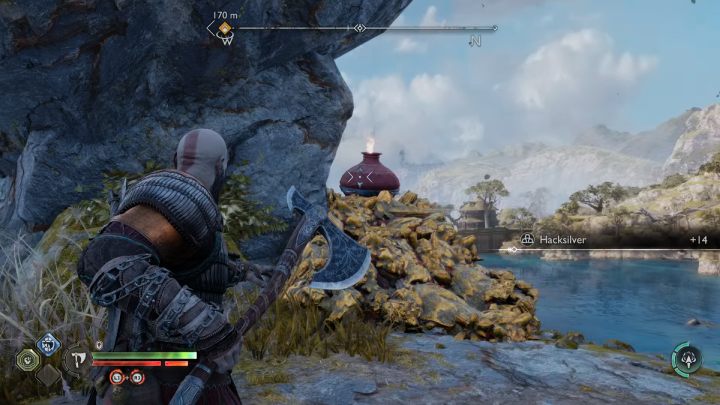 After leaving the boat, destroy the red vessel to smash the debris blocking the path on the right. Follow the path and remove the next obstacle. Walk along the wall to the higher level of the island. 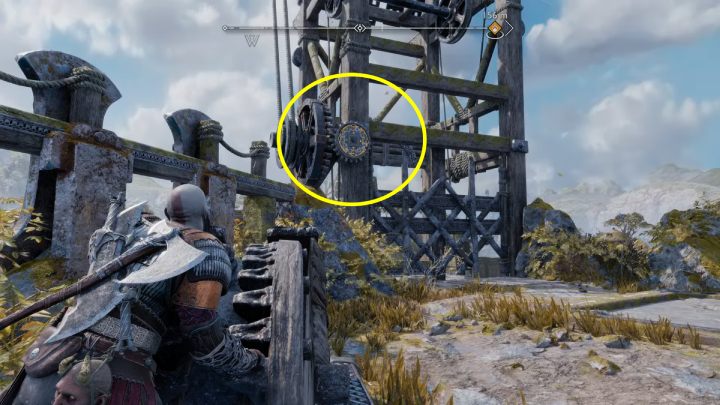 Grab the wheel and lower the crane 2 levels down. Without letting go of the wheel, throw the axe at the shield to block the lowered platform. Walk along the wall and climb the platform.

Once you are standing on it, summon your axe and wait for the crane to take you to the top. Finally, jump down and break through the spot marked on the floor. 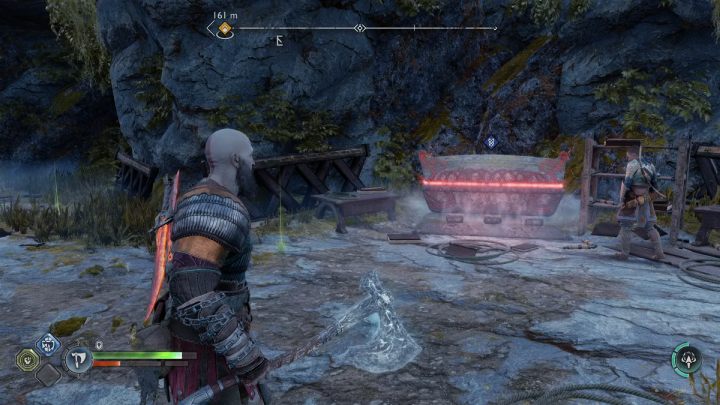 Take the key from the chest and open the gate on the right. Return to the boat and sail to the Watchtower. Open the gate and start the drum to wake up the creature. When Lyngbakr emerges from the water, return to the island.

After returning to the island, start climbing the rock to the very top. After defeating all the opponents, look around the area and throw the axe at the red vessel to remove the debris. 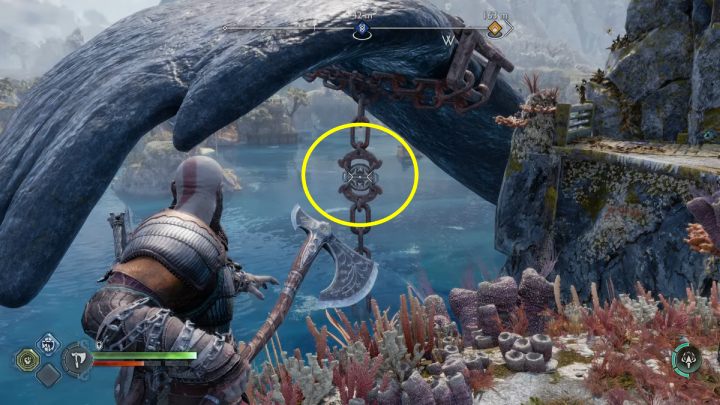 Cut the device marked on the screen and when the creature lifts up the fin, destroy the weak element of the chain. 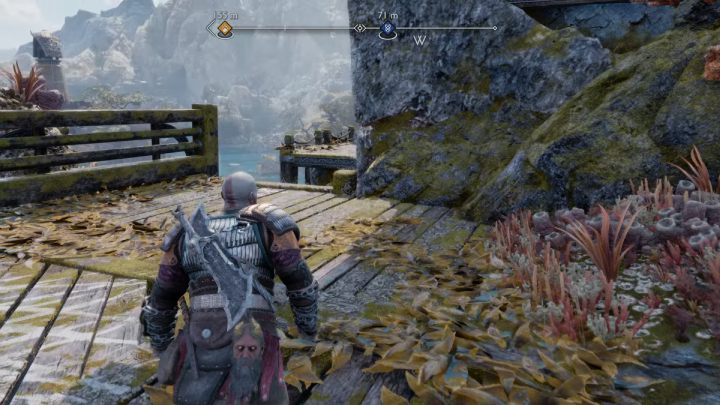 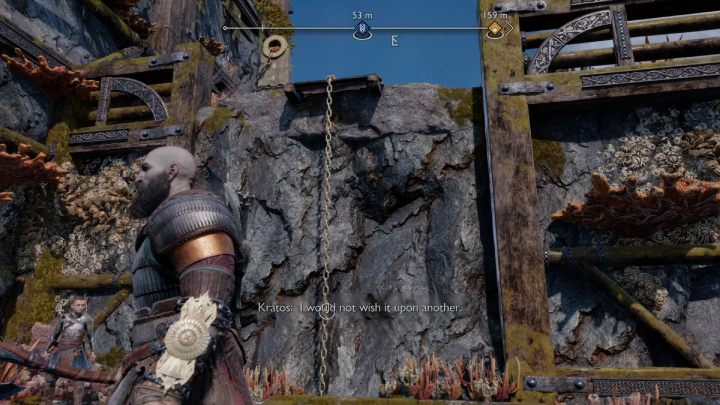 Jump to a new area of the island and climb the chain to the top. 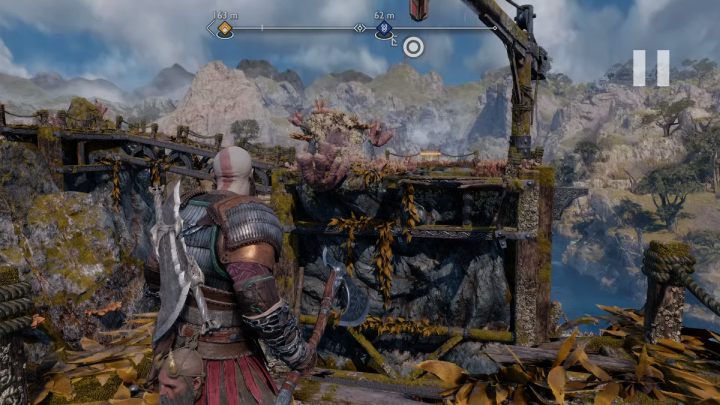 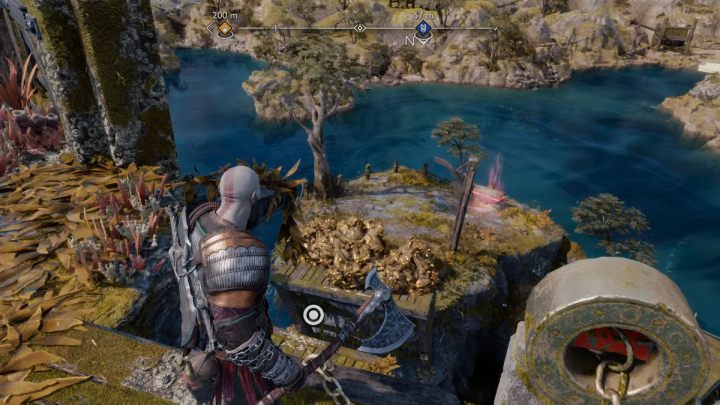 Grab the handle on the lever and jump to the other side. Go to the edge at the end of the path and climb down the chain to the very bottom. Walk up to the item marked on the screen and cut it. 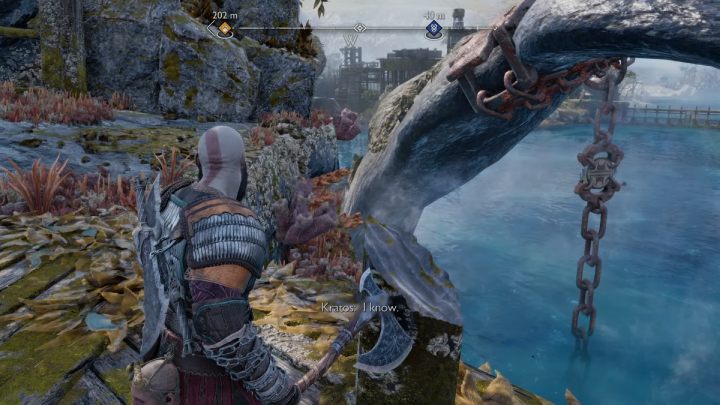 When the creature lifts up the second fin, throw the axe at the weak point on the chain to free it.

When Lyngbakr's second fin is released, a nest of Wretches will be revealed next to you. Destroy the nest to continue the task. 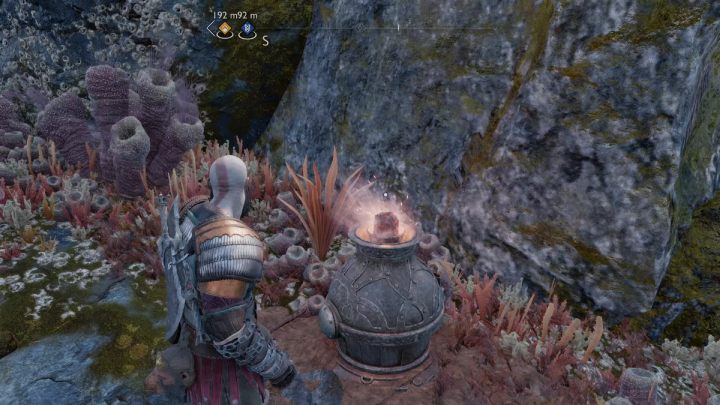 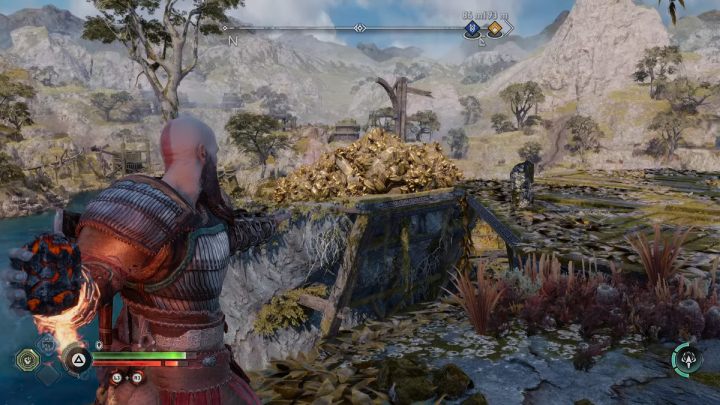 After destroying the nest, a container with bombs will appear in its place. Pick up a bomb and destroy debris nearby. Pick up another bomb and jump over to the newly unlocked area. 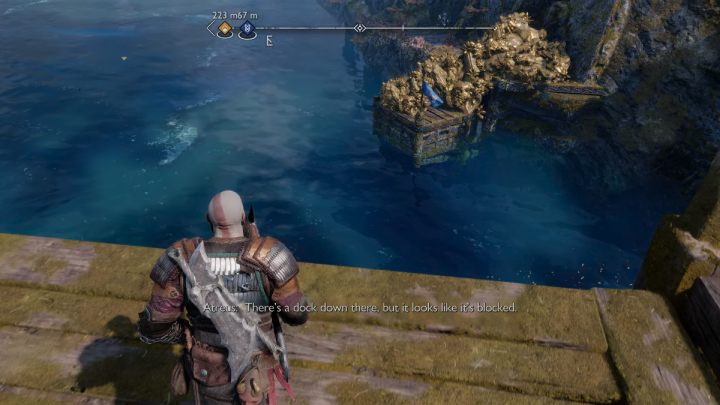 Throw a bomb on the debris blocking the boat dock. Return to the boat, sail around the island and disembark in the new area. Climb the rock to the upper part of the island. 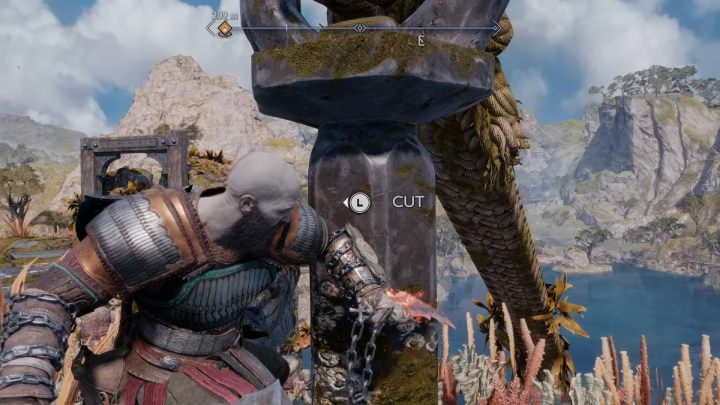 When you reach the top, defeat all enemies and cut the metal element. Use the rope to get to the neighboring island and destroy the last chain on the creature's tail.

Finally, return to the boat and approach Lyngbakr's eye.