A major event in the Creatures of Prophecy task in God of War Ragnarok is a fight against two bosses - Gulltoppr and Heimdall. Our guide will help you find ways of damaging Heimdall. In addition, we have supplied a complete list of his attacks and offensive abilities. 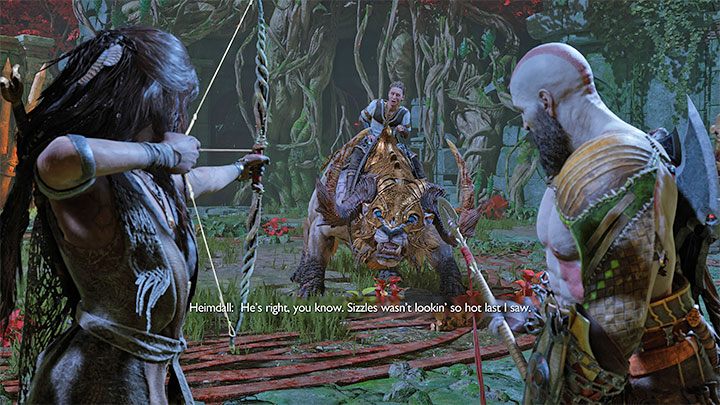 Heimdall plays a role in the story and you'll meet him several times as you progress through the storyline, although the fight itself will take place during Creatures of Prophecy story quest.

The heroes will encounter Heimdall with an intent to fight after reaching The Northern Wilds in Vanaheim. 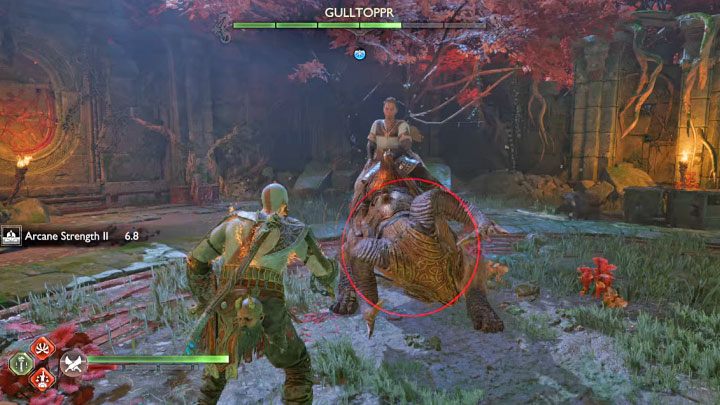 The clash with Heimdall is long and consists of 3 phases.

During the first phase, your task is to defeat Heimdall's mount - Gulltoppr.

The most often appearing attack is a charge (red) - the only correct way of avoiding it is by dodging. 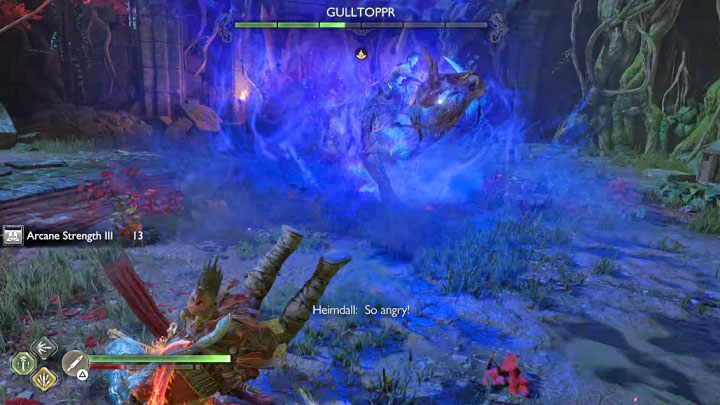 Another red attack involves a bifrost explosion. The attack is telegraphed, so when you see the buildup for it, quickly run away to leave the explosion radius. If bifrost had managed to strike you, try not to take further damage for a while. 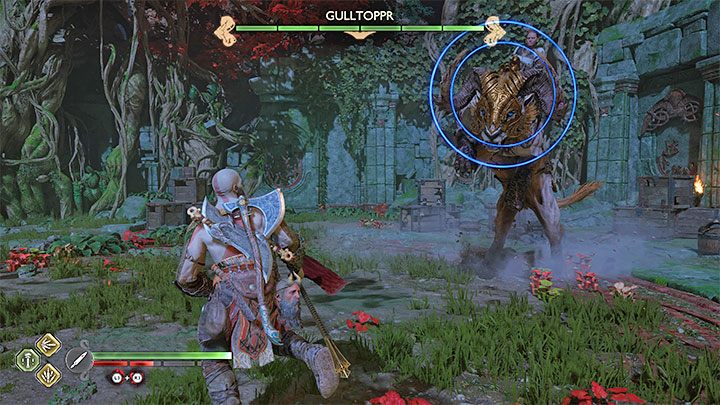 Aside from Gulltoppr, you need to watch out for Heimdall, who can fire bifrost projectiles - block them or dodge to a side.

All the while you need to watch out for yellow (parry or dodge them) and blue attacks (get closer and press L1 two times) of the beast. 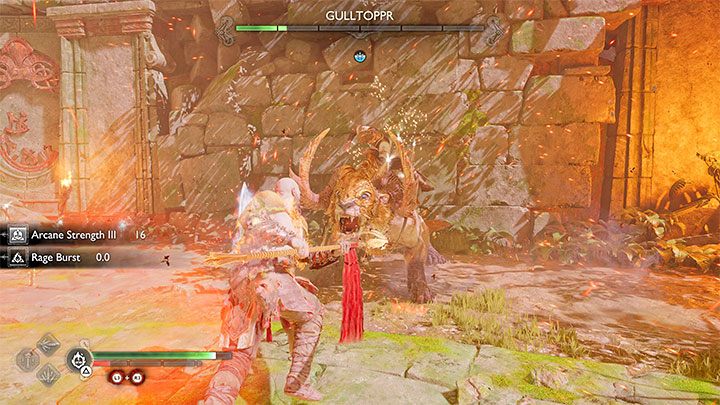 The best opportunity to attack the beast without being punished is doing so after each completed charge, as Gulltoppr won't perform any actions for a while. Make sure to switch weapons and use all 3. You can also fire Spartan Rage.

Once Gulltoppr's health is depleted, a cut-scene will be activated. Time for the second phase, where you'll deal with Heimdall himself. 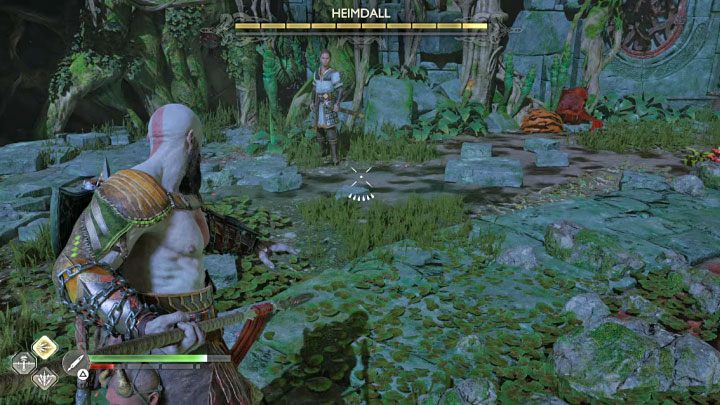 This is an unusual encounter because normal attacks can't hurt Haymdal - the boss is able to anticipate and counter them in advance.

Equip the Draupnir Spear, but don't attack the boss yet. Instead, throw the spear at the ground in front of the boss and quickly detonate it (Triangle). If Heimdall is caught in the radius of the explosion, the white stun bar of the boss should fill up. 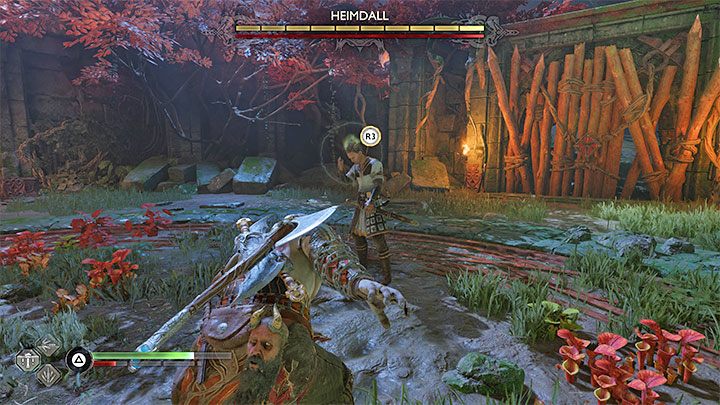 After a few well-timed explosions, Heimdall will be stunned - run up to him and press R3 to activate a wrestling scene.

Continue repeating the scheme. During one of the wrestling scenes, Kratos will manage to hit Heimdall's cheek. 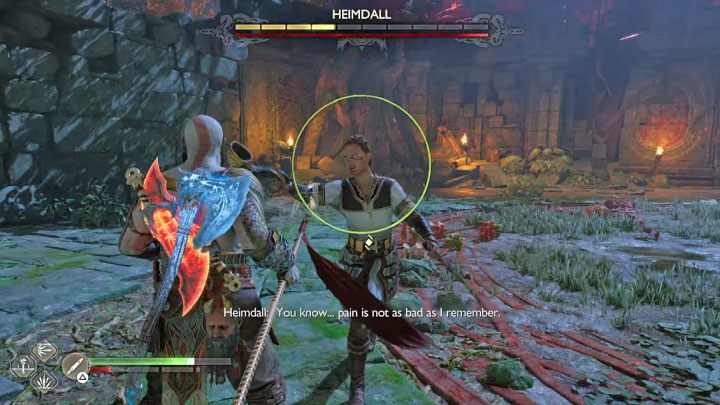 From now on, Heimdall will use attacks involving Realm Shift. They come in 2 variants:

1) Yellow attacks - after time slows down and yellow rings appear, you can parry 2 incoming attacks or perform dodge/dodges. 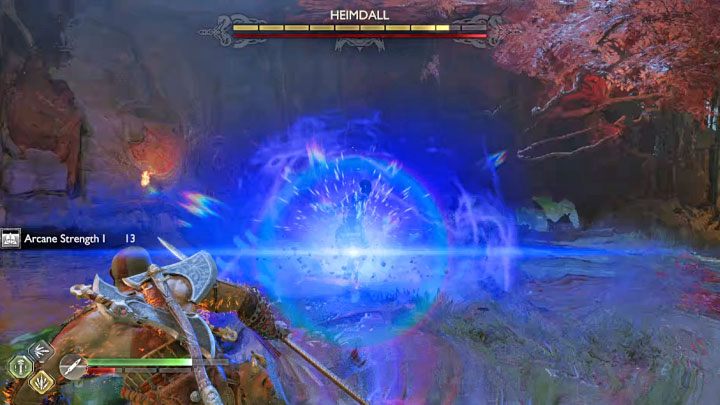 2) Red attacks - after time slows down and red rings appear, the boss can perform a bifrost attack (jump away from it quickly) or a sword strike (dodge). 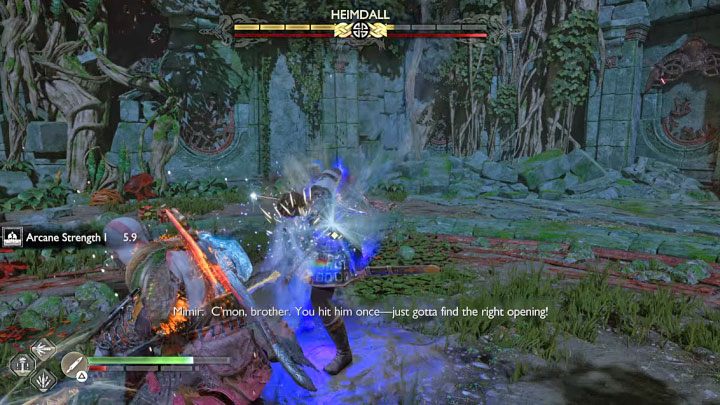 Attack Haymdal right after you parry or dodge his attack. This will allow you to slowly deplete his health bar.

One of Heimdall's abilities involves surrounding himself with additional armor and an additional armor bar will appear on top of the screen. You have to destroy it, and the spear will be perfect for that. Depriving the boss of his armor will allow you to resume depleting his health bar. 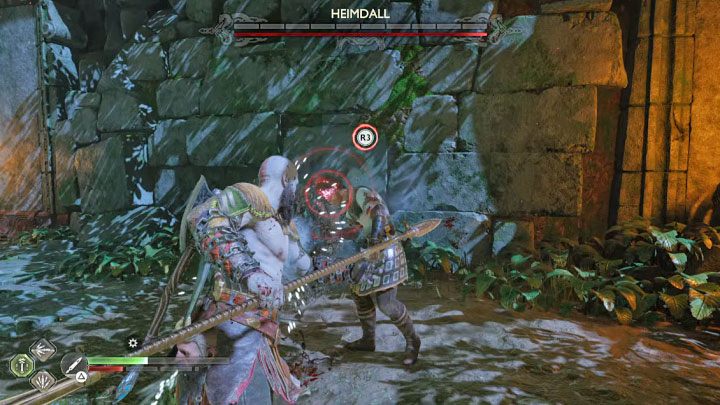 Once the boss' health is low, press R3 to attack stunned Heimdall. Watch the cut-scene (fortunately, there aren't any QTEs there). 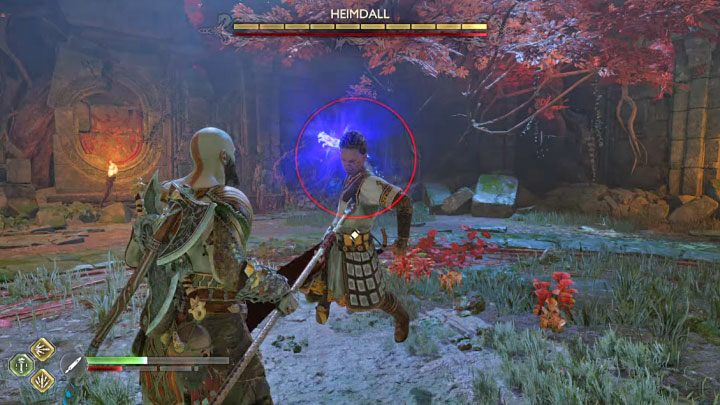 Unfortunately, the fight is not yet over. Heimdall will regenerate his entire health bar, and you'll need to deprive him of it for the second time.

The newest addition to the move set is a red attack involving a charge which ends with an attempt to grab Kratos. You have to make a timely dodge, because if successful, the attack applies bifrost effect. 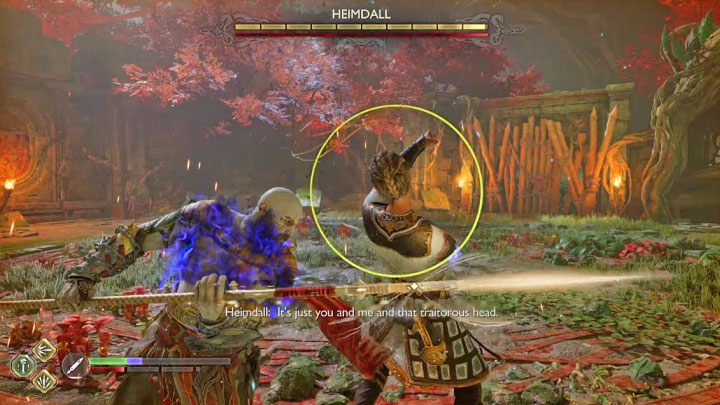 In melee combat, there are various yellow attacks that the boss uses - parry or dodge them if you are not experienced in parrying. Perform these actions up to the moment when Heimdall finishes his combo. 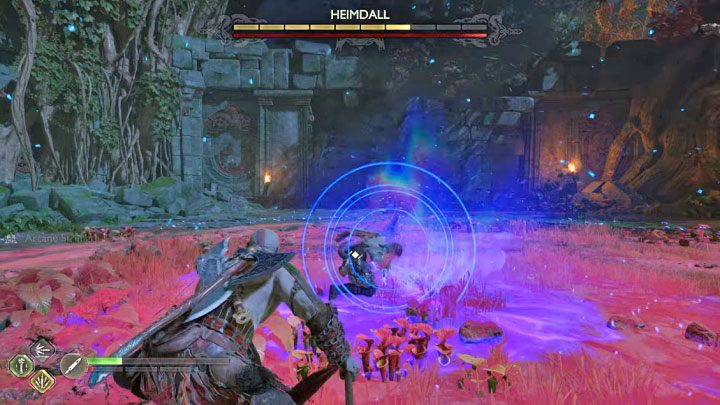 There are also blue attacks Heimdall can use - interrupt the casting animation by hitting the boss with the shield (L1x2).

Another new attack involves hurling a large boulder towards Kratos, and the safest way to avoid it is to dodge to a side. 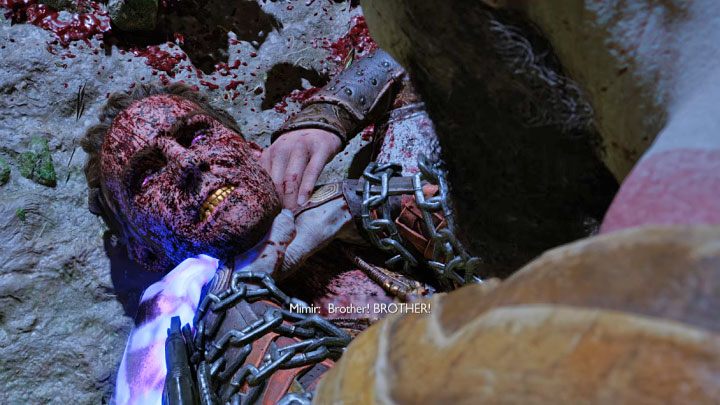 Continue attacking with the spear and perform attacks of your own after the boss finishes his combo.

After the health bar is depleted, a cut-scene will be activated.