One of the major bosses of God of War Ragnarok is the giant wolf Garm. This page of the guide contains a description of the first fight with Garm - it happens during the Reunion main quest in Helheim. You will learn about the strengths and weaknesses of the wolf and how to defeat the boss for the first time.

The second confrontation with the big wolf is described on the next page of the Bosses chapter: Garm (chase and second fight).

Location of the first fight with Garm 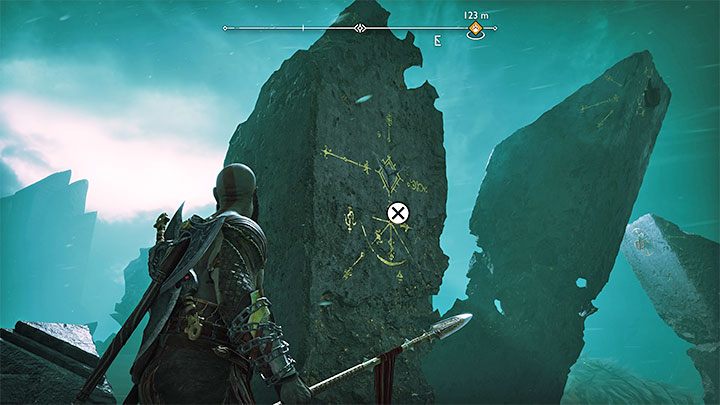 Garm is a huge wolf that you must find while in Helheim during the Reunion main quest. The main characters must reach The Silent Clearing region.

There you have to use the Blades to move to the next stone blocks. Kratos will ultimately land on Garm's head and deal the first attack to the beast. After Garm knocks off the hero, the actual battle will begin. 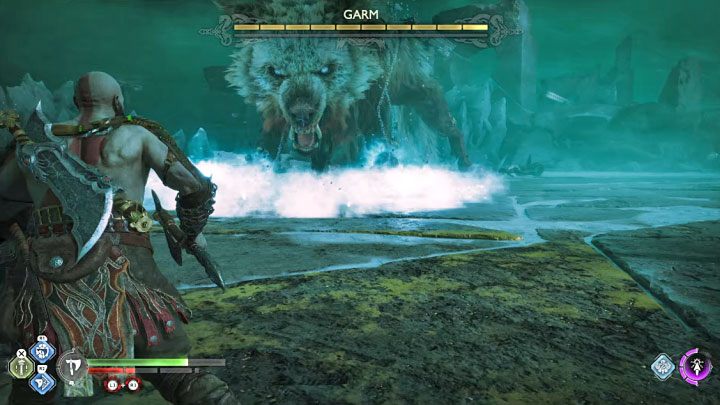 Garm has several strong attacks that you must learn.

Its yellow attack is hitting the ground and creating a shock wave. If you have enough time, run to the side to avoid it. Otherwise, parry it when it approaches Kratos. 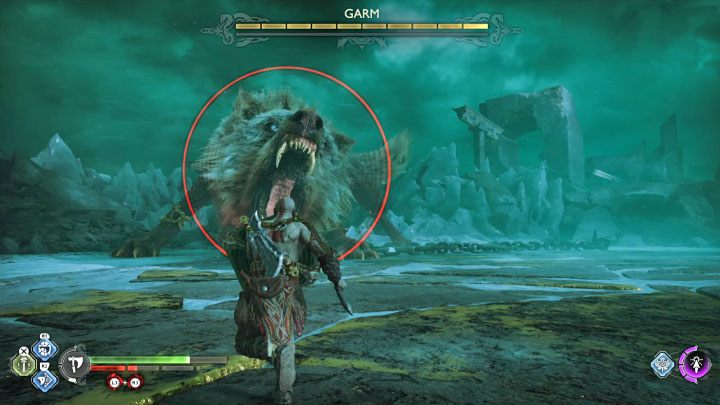 During the red attack, the boss leaps towards Kratos and tries to bite him. All you have to do is dodge do the side at the right moment. This is also a good moment for a counterattack, as Garm will be on the ground for a while.

The boss can also try to bite Kratos in other ways - two quick attacks and finishing with a yellow one. Block regular maw attacks, and try to parry or avoid the last one. 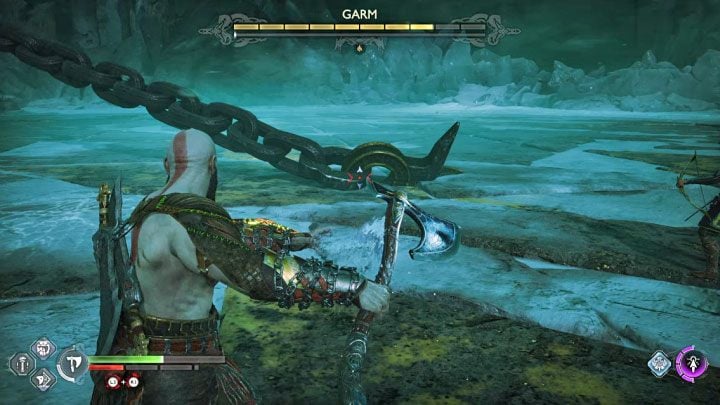 Garm can perform a red attack with the chain. Dodge quickly to the side - the chain will be stuck in the ice. Start by throwing the axe at the chain to temporarily freeze it. Then grab the chain (X on the controller).

This will knock Garm to the ground - the beast will be defenseless for a while so use your strongest attacks. 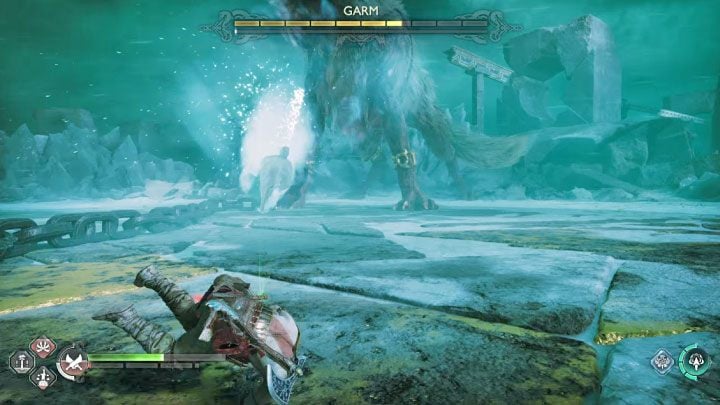 In the later part of the fight, Garm will start spitting ice projectiles - these are red attacks and you must always dodge them. Keep your guard up, because the boss can fire several projectiles in a series. 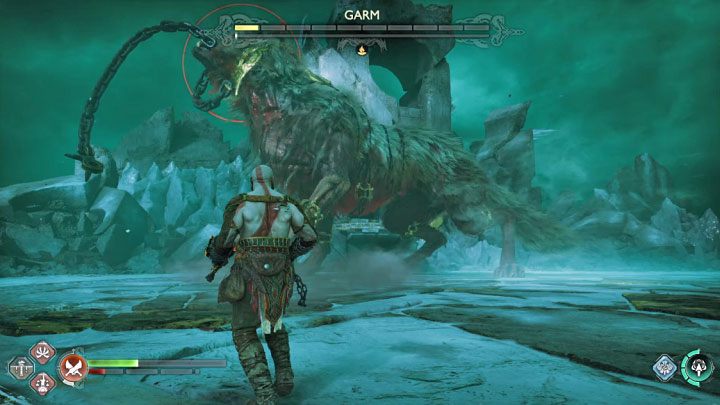 Another new move will be chain sweeps - these are initially yellow attacks, so you can try to parry them. The alternative is to quickly jump away from the boss to get out of chain's range.

At the end of the fight, chain attacks can become red. You then have to dodge left or right at the right moment. 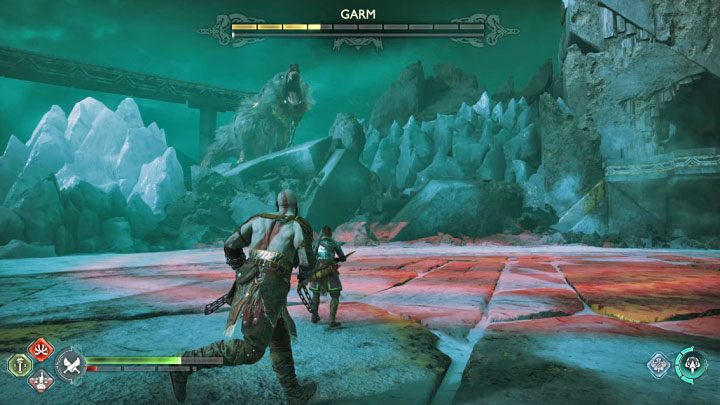 In the final part of the battle, Garm may start reaching the hill on the edge of the arena. 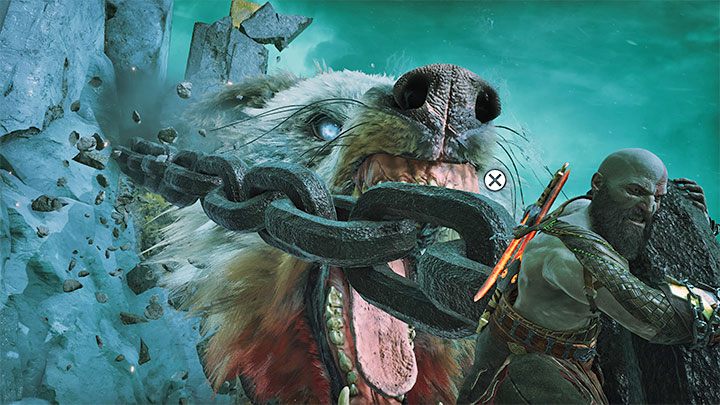 At the end of the fight, you must freeze the chain again once it gets stuck in ice. Wrestle the boss - press the buttons visible on the screen at the appropriate moments (first X, then Square).

Atreus and Kratos defeat Garm, but not ultimately. You will face the beast for the second time after a short break - we described this fight on the next page of the walkthrough.