The Aurvangar Wetlands in Svartalfheim are one of the first visited areas in GoW Ragnarok. On this page we've listed the available collectibles and side activities, such as Nornin Chests, Legendary Chests, Lore, Odin's Ravens and Artefacts. We reveal the exact location of each collectible and how to reach it.

The Aurvangar Wetlands in Svartalfheim contain the following collectibles and optional activities:

Not all of the region's collectibles and favors will be available on the first visit. Some tasks will be unlocked only after completing the storyline.

The first Nornir Chest is located in the southern part of the Aurvangar Wetlands. It's very close to the first boat dock you'll encounter in the region. 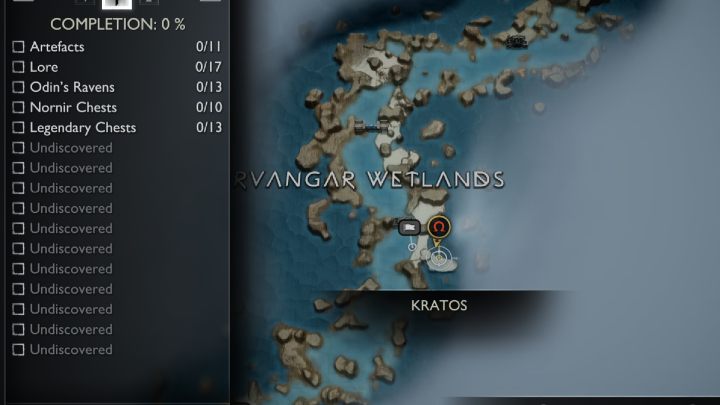 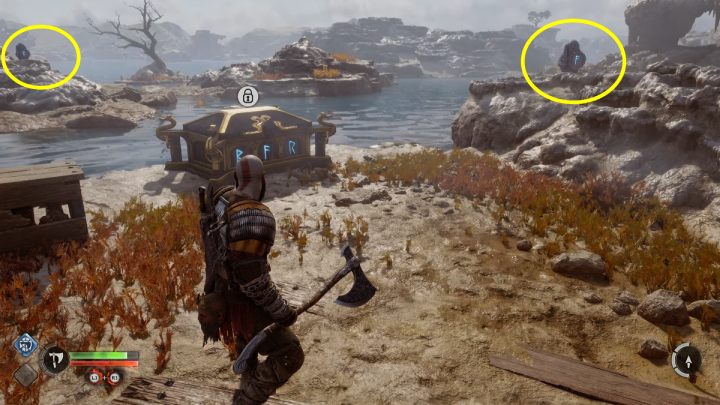 To open the chest, you must destroy three rune stones. Two of them can be found to the right and left of the chest. Break them with your axe. 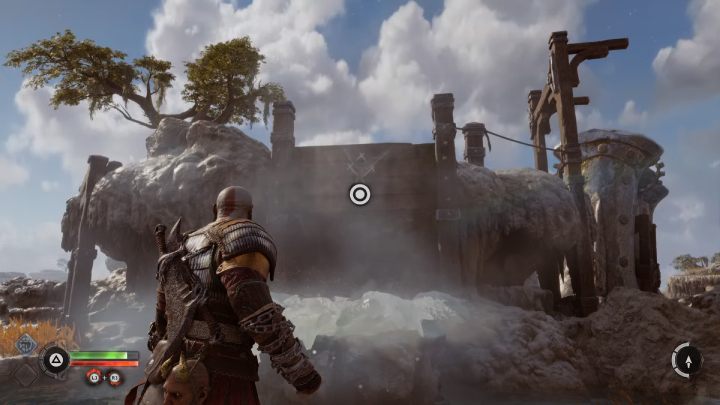 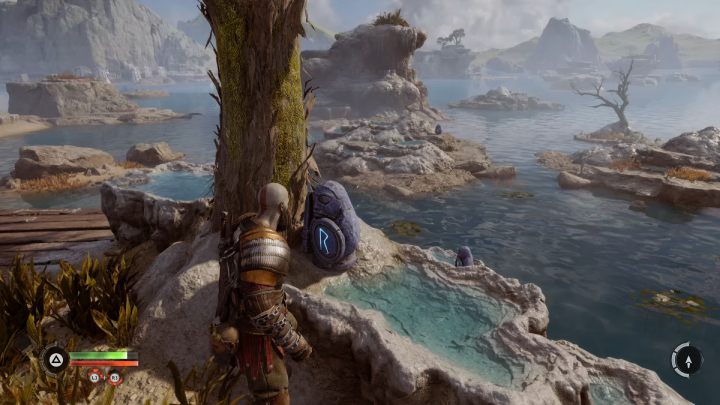 The third stone is on a rock next to the chest. Freeze a geyser with your axe and jump up.

The second Nornir Chest is located in the northern part of the Aurvangar Wetlands. 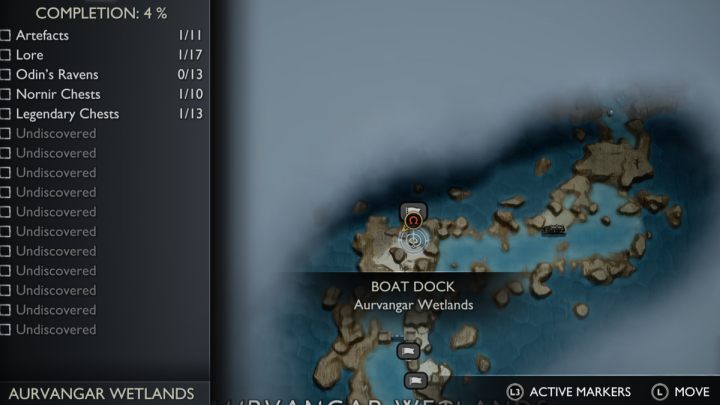 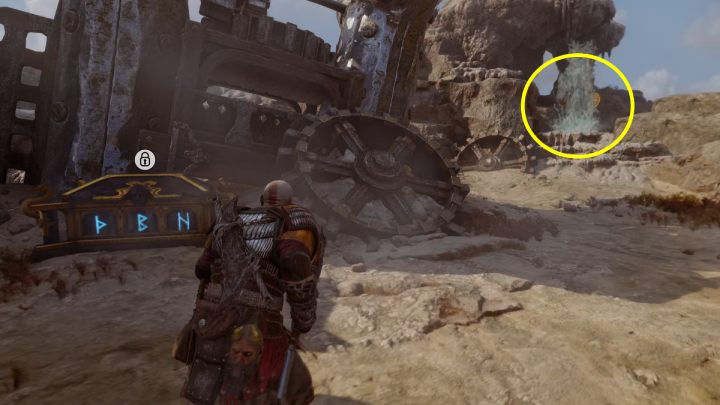 The first target is behind the geyser, to the right of the chest. Throw your axe at the paddle on the left to deactivate the first rune. 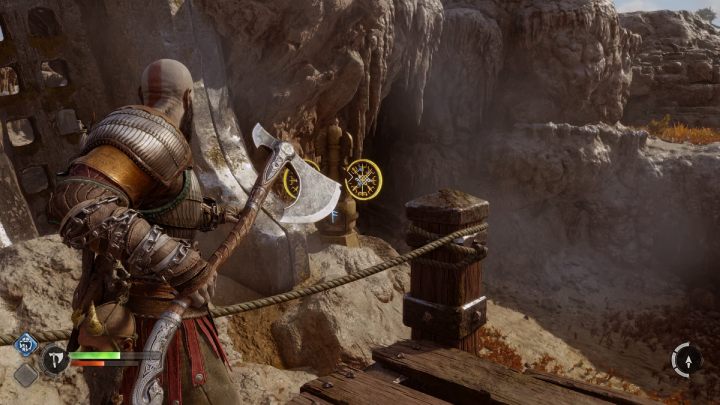 The next target is by the broken bridge. Hit the paddle to the left with your axe. 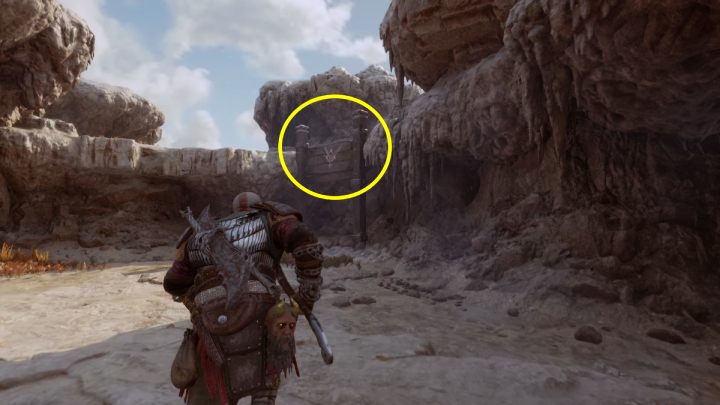 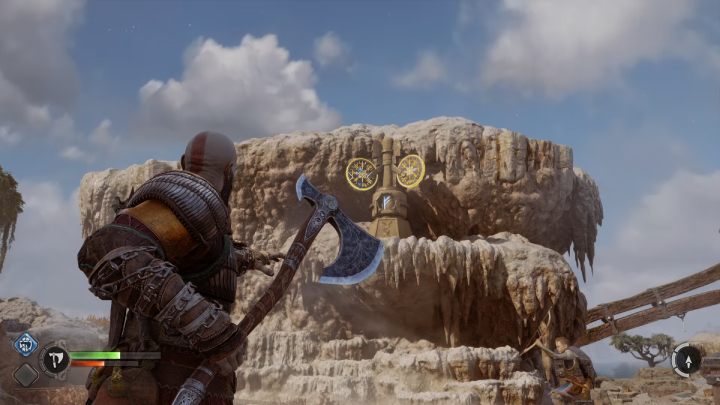 The final target is to the left of the chest. Jump up the hill, turn right and look up. Hit the paddle to the right with your axe.

The Legendary Chest is located in the northern part of the Aurvangar Wetlands. 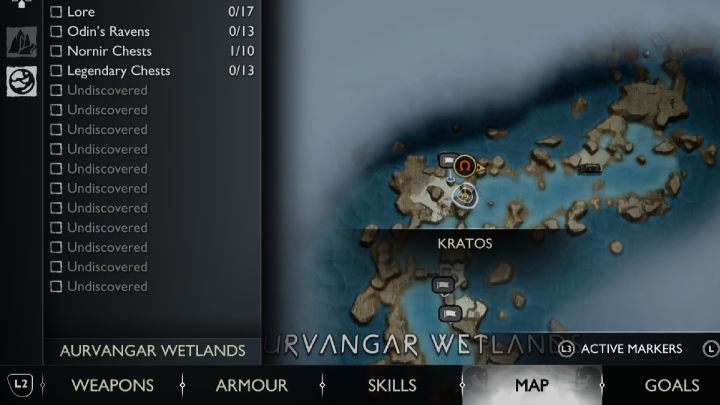 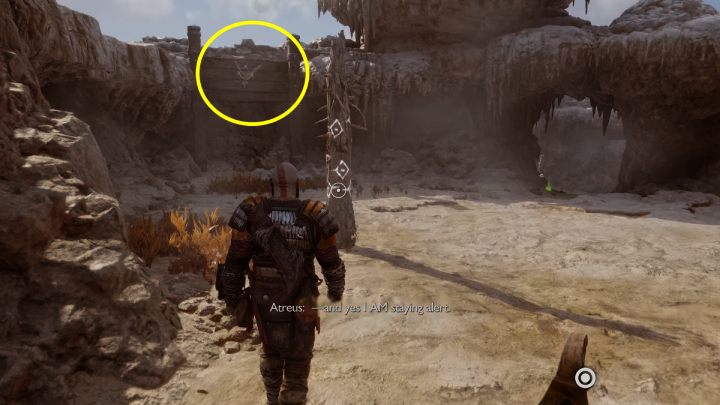 Once you get off the boat you should notice the Nornir Chest on the right side of the island. Use a handle on the left to reach a higher area. 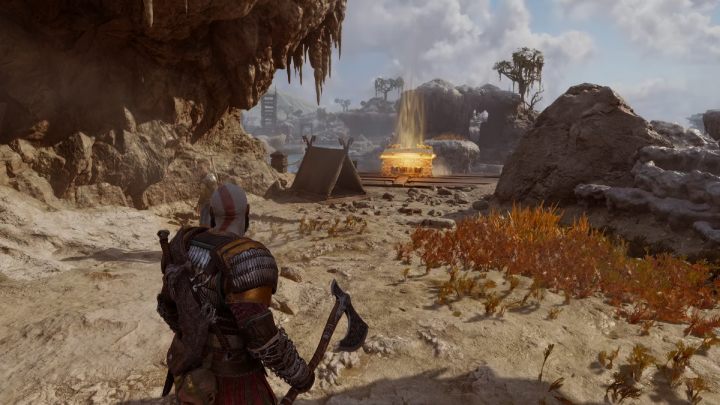 Turn left, you should spot the Legendary Chest a bit farther away. There are some minor enemies guarding it.

You'll find Lore on the island in the northern part of the Aurvangar Wetlands. 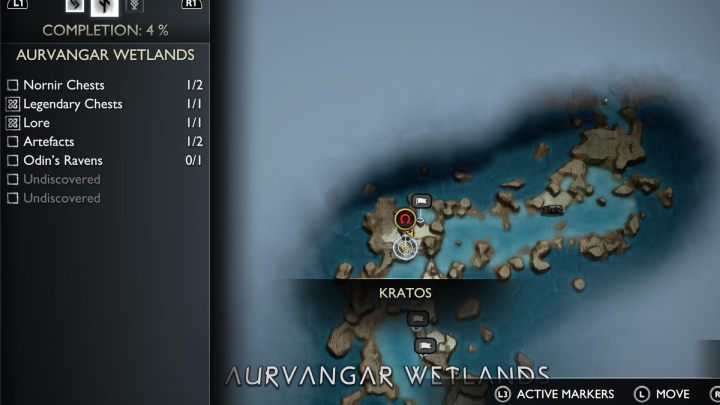 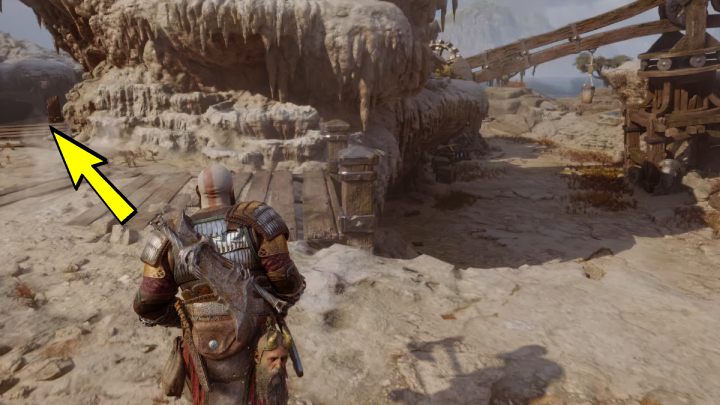 After leaving the boat, use the handle on the left and jump up. Then turn right and jump down. 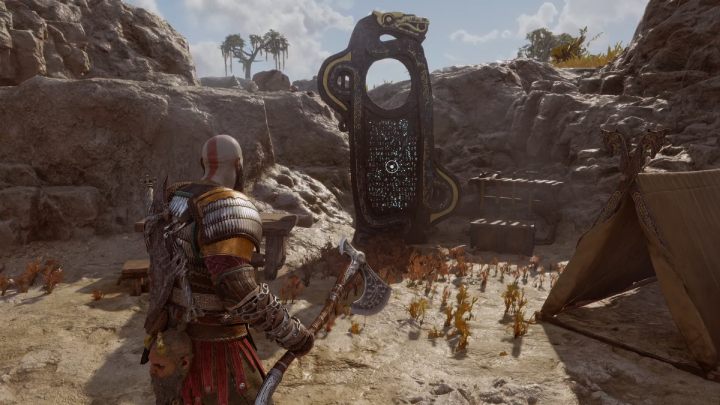 You'll find the runes next to the chest and the tent.

The first artefact is located in the southern part of Aurvangar Wetlands. 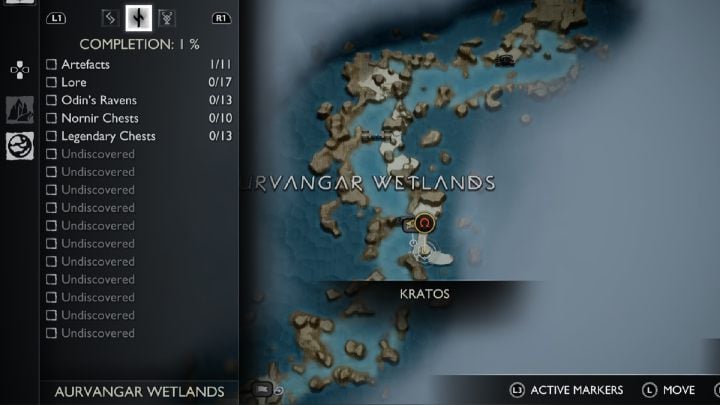 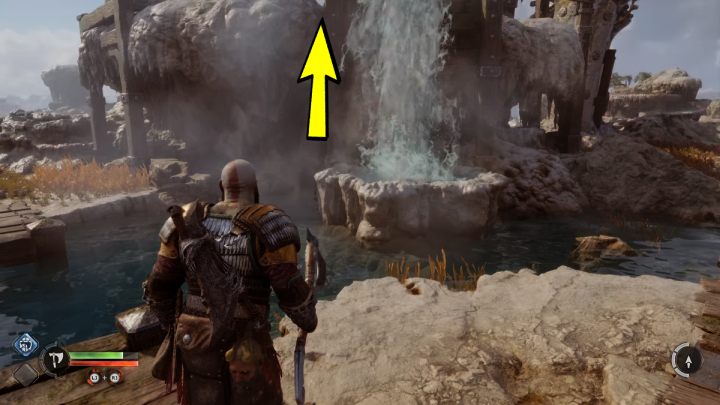 Use your axe to freeze the geyser near the rock. Once you can access the handle, jump up. 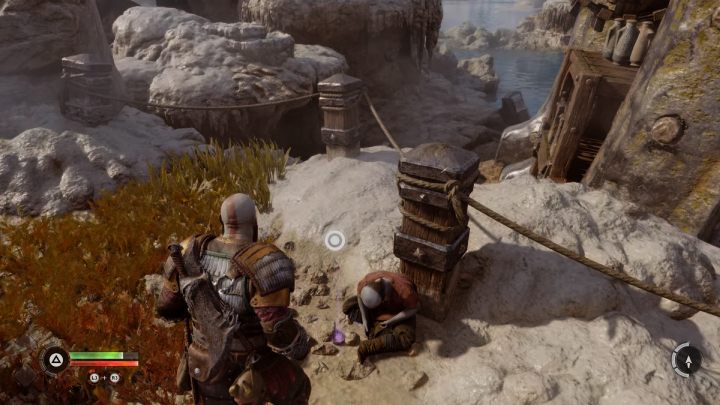 You'll find the artefact next to a corpse.

The second artefact is located on the north-eastern island in the Aurvangar Wetlands. 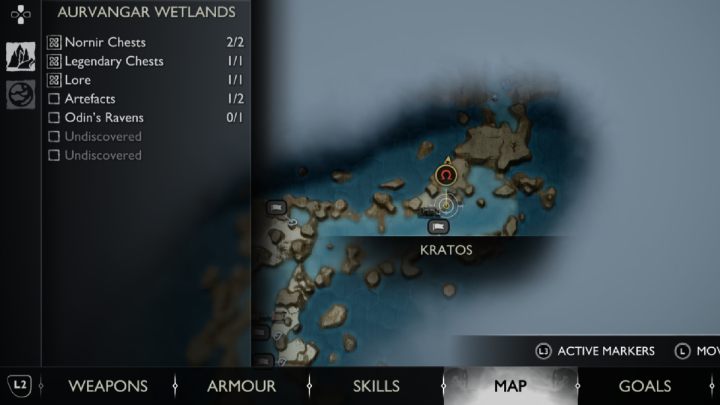 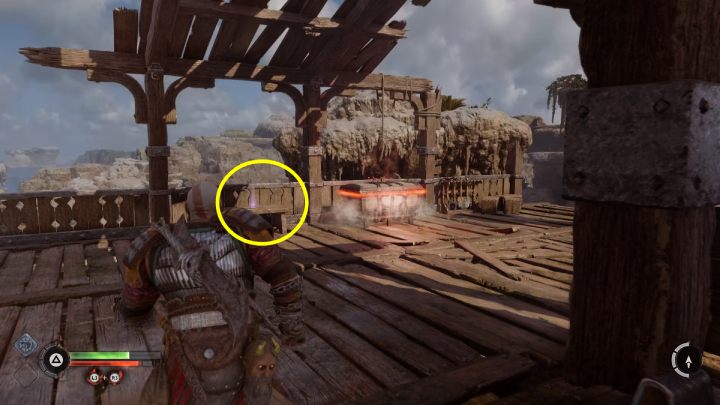 You may come across it while playing through the main quest, tasking you with leaving the Wetlands. The artefact lies on a wooden table next to a chest. 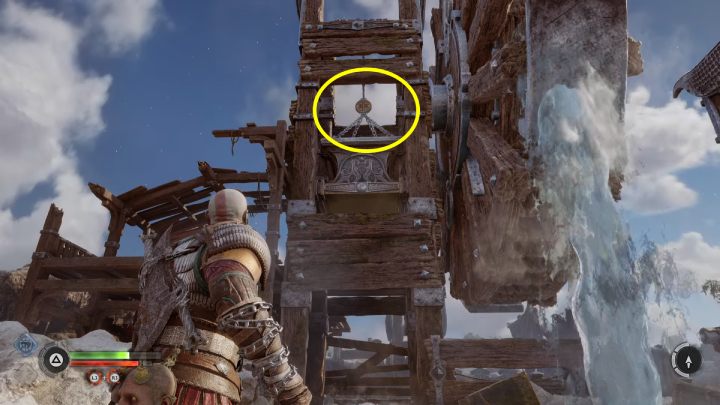 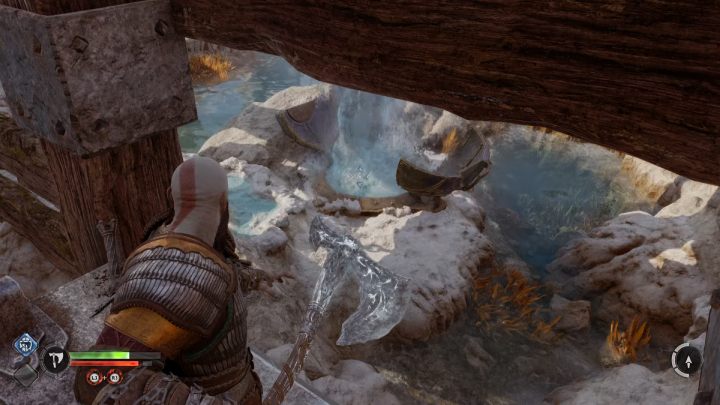 You must unlock a geyser by the water wheel. Then use your axe to freeze the geyser under the metal block. Recall the axe - once the lever starts raising, try to hit the target located on a rope.

Then stand on the metal block and freeze the geyser under the water wheel. This will raise the block all the way up.

The Odin's Raven in Aurvangar Wetlands is found in the southern part of the region. 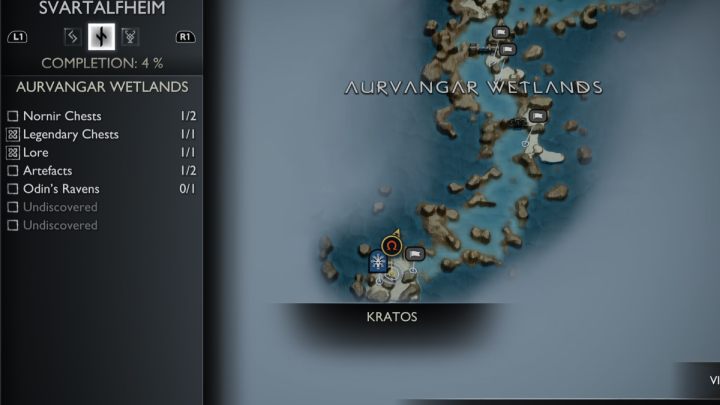 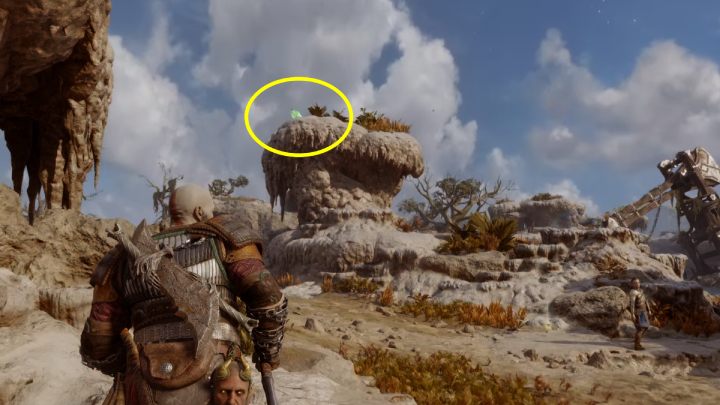 You can find him on a rock next to Mystic Gateway. Throw the axe at it to get the collectible.

There is one Hel Tear in the Aurvangar Wetlands in Svartalfheim, on one of the islands in the center of the region. 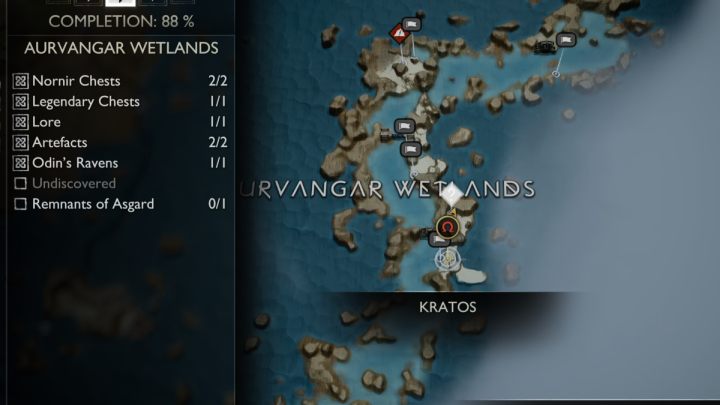 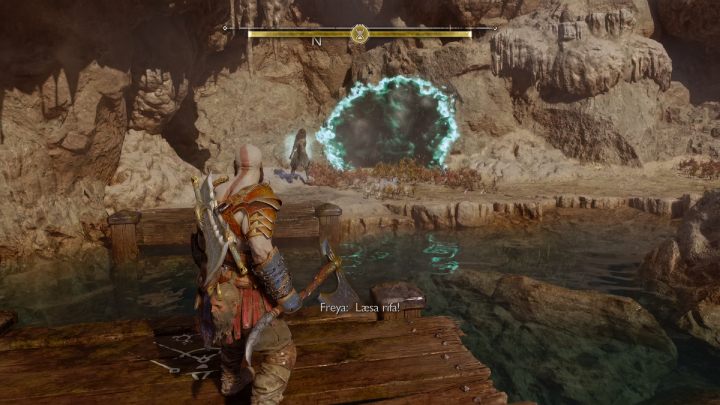 The collectible is related to the Hel to Pay favor. After interacting with the Tear, you must defend your companion until the spell is complete.

In Svartalfheim in the Aurvangar Wetlands, there are Remnants of Asgard on a northern island in the region. 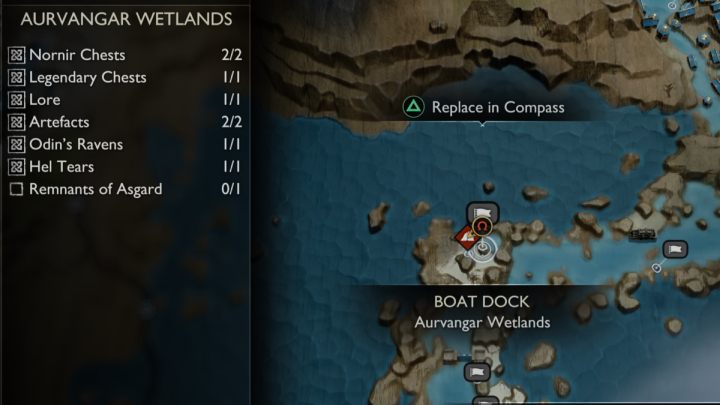 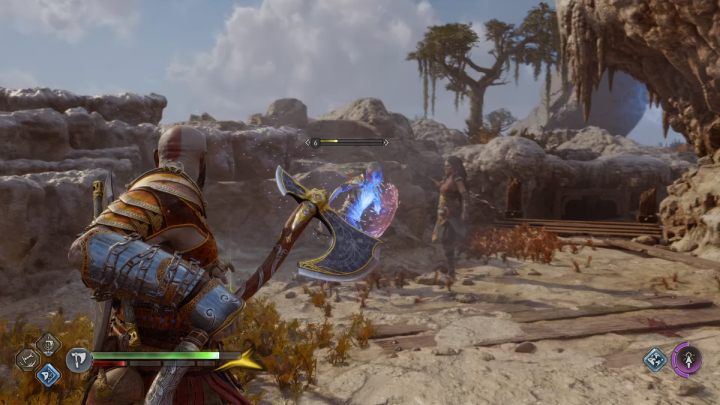 The collectible is related to the favor Last Remnants of Asgard. This task will be available after completing the main storyline.

When you defeat the last enemy, a Next Steps scroll will appear next to it.