The main protagonists of God of War Ragnarok can equip different armours throughout the game. This page of our guide answers whether changing an outfit affects the character's stats. We also answer are there other ways to change their appearances.

This page contains minor spoilers regarding the story's three main characters, which are either playable or serve as AI-controlled companions. We don't reveal the circumstances under which they join you nor their role in the main story. 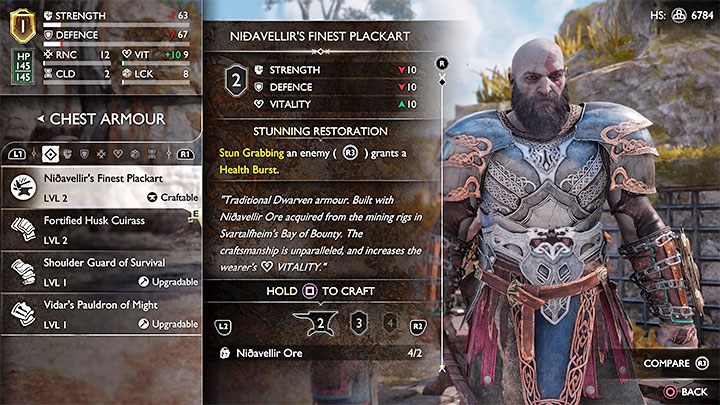 God of War Ragnarok doesn't let you make changes to Kratos' face - you can't get rid of his beard or make any other visual changes.

You can change his appearance by equipping different armour. These are divided into three groups - chest armour, wrist armour and waist armour. Armour can be found in the game world or received as a reward. You can also craft armour and upgrade it in dwarven shops.

Each piece of Kratos' armor has attributed stats, which you should prioritize when putting together an outfit. Armour can increase the playable character's stats (such as Strength or Vitality) and grant various passive bonuses (in the example pictured above, the armour restores your health when you grab a stunned enemy). You can look for items from the same set or equip armour pieces from different sets. 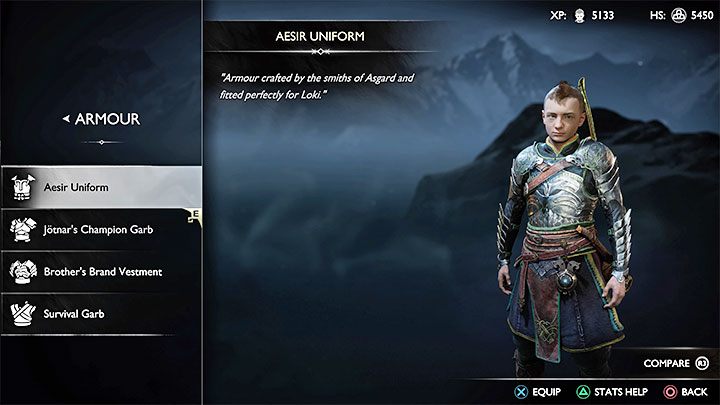 Atreus (Kratos' son) can also use different outfits/armours. Some are available from the very beginning of the game, others need to be unlocked by progressing through the main storyline.

Atreus' armor doesn't affect his stats and is mainly cosmetic. His stats are only affected by his weapon and skills. 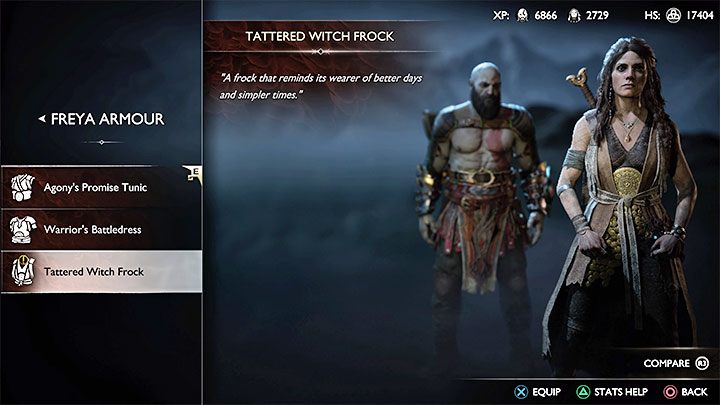 You can also choose different outfits for Freya while she's travelling alongside you as an AI companion.

Just like with Atreus, her various outfits are purely cosmetic and don't affect her stats.