The unique enemy attacks in God of War Ragnarok can be symbolized by different colored rings. This page of the guide explains what the colors of the attacks (red, yellow, blue) symbolize and how to deal with them. This knowledge will allow you to keep Kratos alive and stop some of the enemies' attacks. 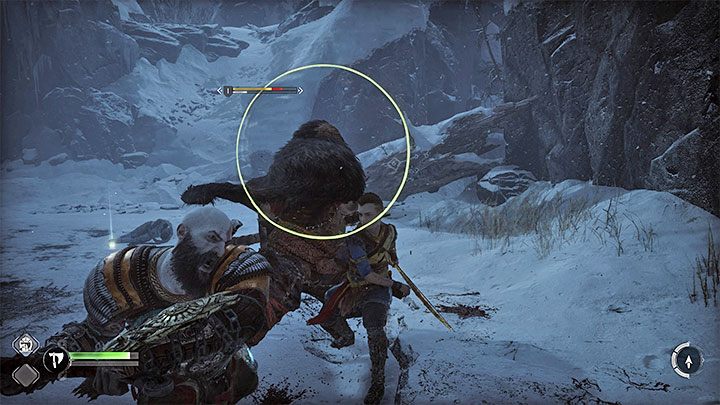 Attacks with yellow rings are by far the most common, and even some regular opponents can use them.

The yellow attack can break Kratos' defense if you hold down the block button (L1). This can break your block and expose to further enemy attacks. If your guard was broken, dodge backward quickly to avoid getting hit. 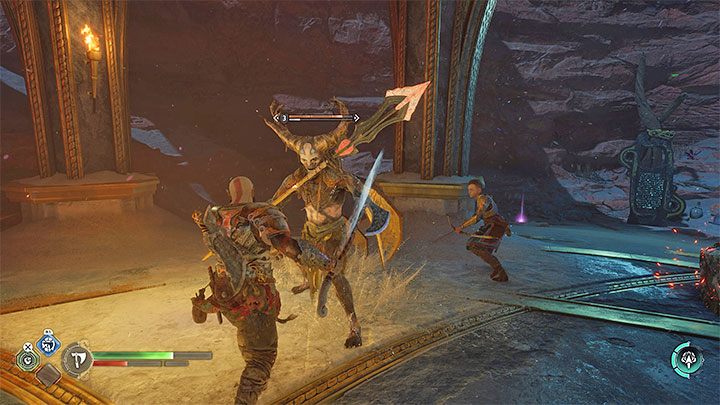 You can deal with yellow attacks in 2 ways: 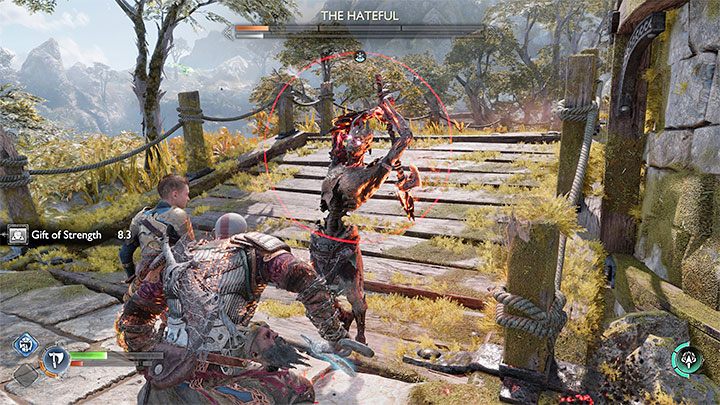 Attacks with red rings are used mainly by bosses and mini-bosses, but you may also be surprised with them by some elite versions of the regular opponents.

You cannot parry or block red attacks - in both cases Kratos would take damage. You have to evade them. A red attack can be done up close or from a distance. 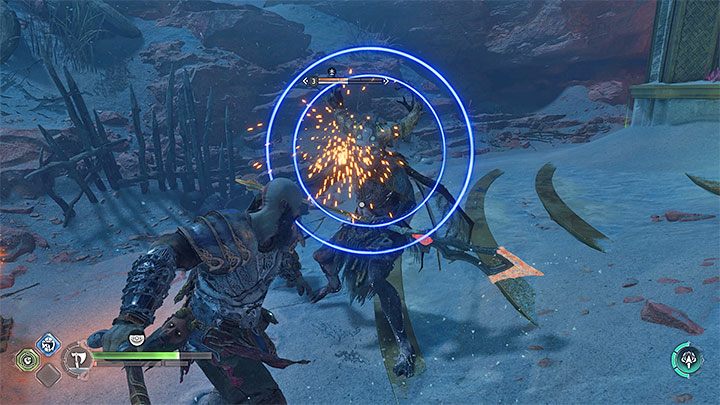 Attacks with blue rings will start appearing in Alfheim - elves (both dark elves and light elves) use them .

As for blue attacks, you must break through the enemy's defense. This is done by pressing the L1 button 2 times - Kratos will perform a powerful shield bash. This will allow you to expose opponents to attacks, for example, stop them from healing. Remember to be close to the enemy when striking with the shield, because only then will your attack reach him.