Alva is a boss in God of War Ragnarok encountered in Alfheim. Our walkthrough explains how to defeat Alva. You will learn about the attacks and skills of the elven guardian, as well as how to deplete Alva's health bar. 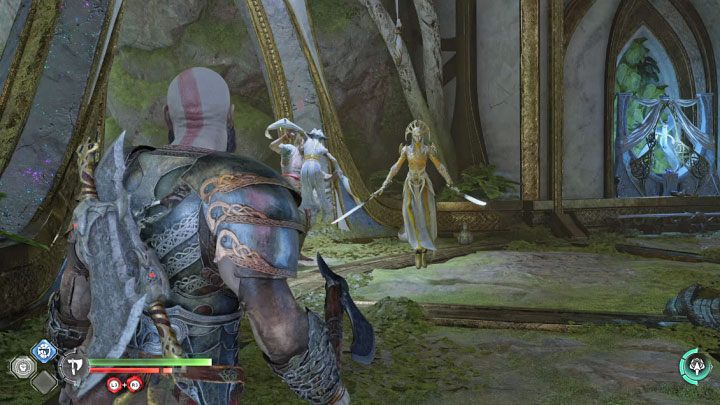 Alva is the guardian of the Temple of Light located in Alfheim - you will visit this realm during the Groa's Secret main quest.

The fight with Alva happens while you are descending to the lower levels of the Light Well. The guardian will stand in the way of the heroes and prevent them from getting out of the Temple of Light. 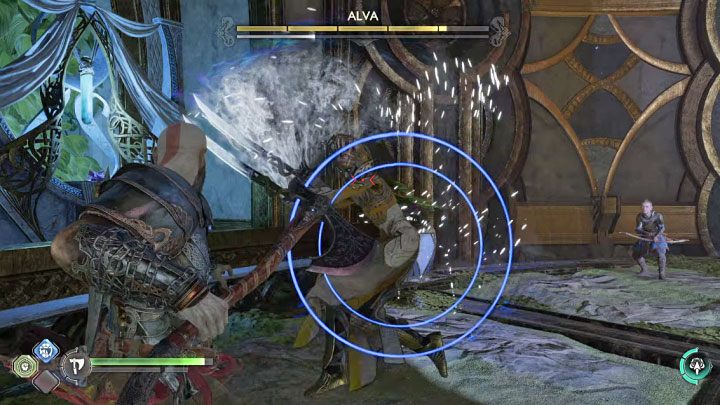 Similar to other elves, Alva uses blue attacks that have to be interrupted. This will allow you to avoid damage and, at the same time, make the guardian vulnerable to your attacks.

You can stop attacks symbolized by blue rings by pressing the pairing button - L1 - twice. You have to time it before the blue attack reaches Kratos. Attack Alva immediately after interrupting her attack - you should be able to use several light attacks. 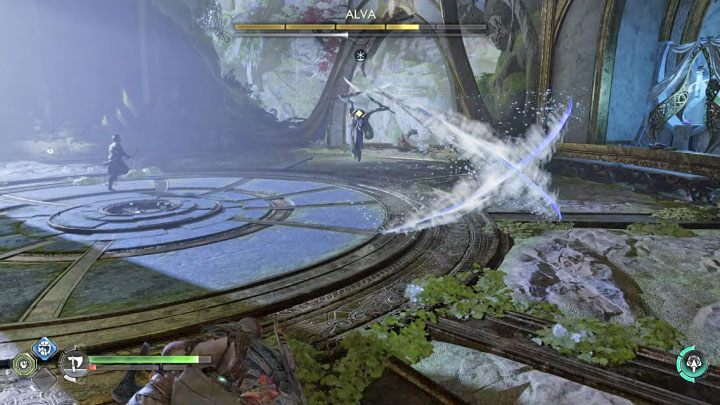 Alva has a dangerous red attack where she releases an X-shaped wave. As a reminder, red attacks are unblockable - you can only evade them. 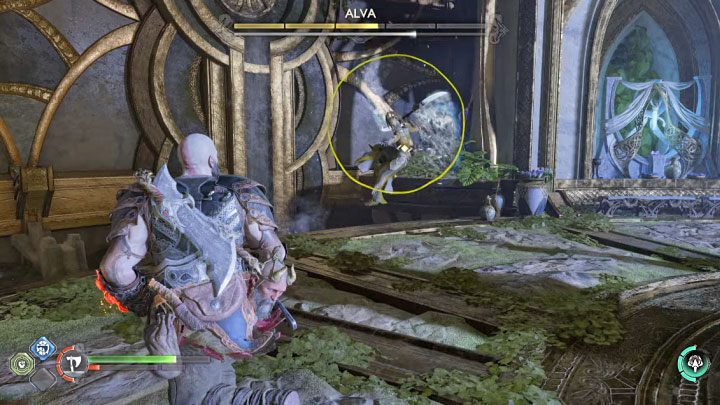 Alva's yellow attack is to combine her two weapons into one. The guardian can then:

You can try to perfectly parry the yellow attack. However, evading is safer. 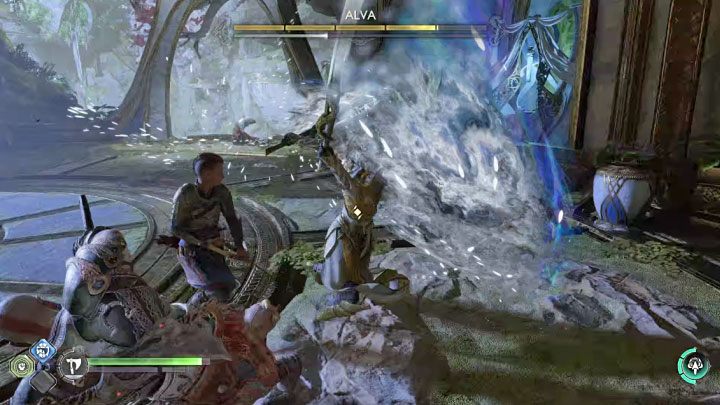 Alva's regular attacks, i.e. those that are not marked with any colors, can also be dangerous. These can be quick cuts with melee weapons or a charge. It is best to block these attacks, although you can also quickly dodge to the side. 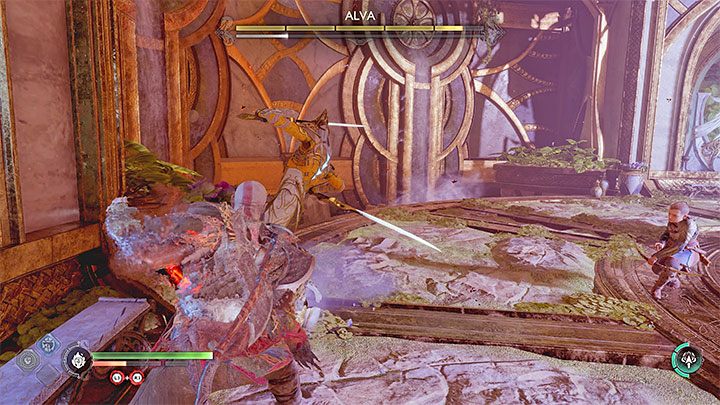 You can weaken Alva with standard attacks (preferably fast ones), and Spartan Rage.

If you receive more damage, then start running around the arena and look for green medicine. As always, make sure the boss doesn't hit you while you are trying to heal yourself. 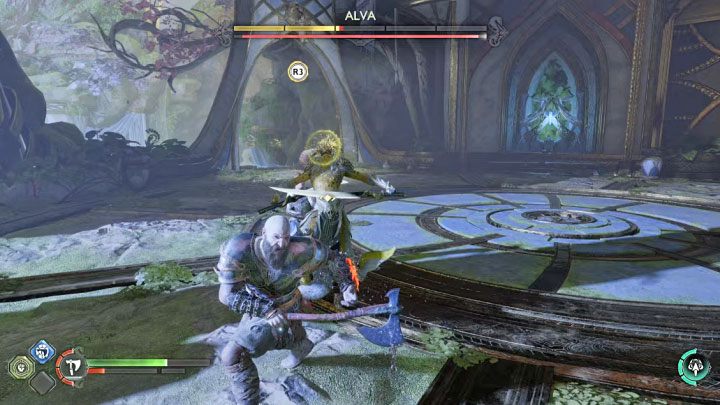 You can fill the white bar and stun the boss. After that, press R3 - Kratos will grab Alva and deal her a lot of damage. 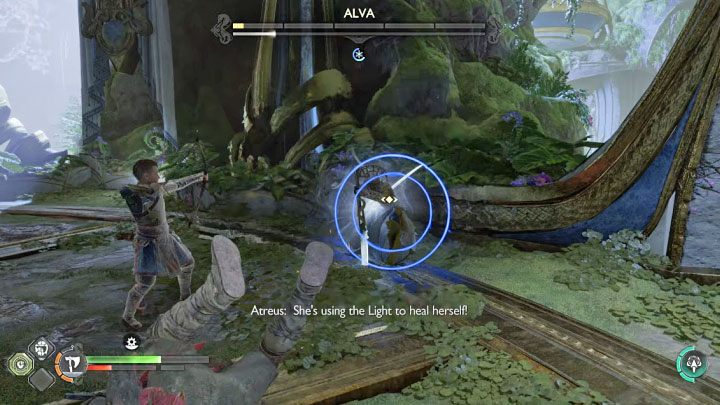 At the very end of the fight, Alva will try to get healed. You must: