The fight with Thor is an important part of the tutorial in God of War Ragnarok. You will learn how to complete the 3 phases of the boss fight - we have listed Thor's attacks and included hints on how to defeat him. 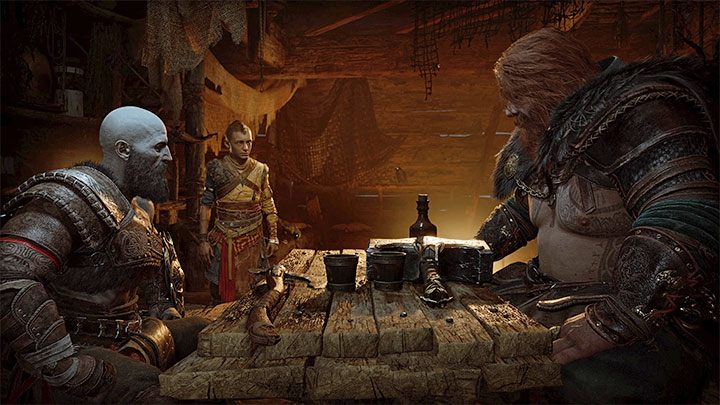 You will face Thor early in the game, during the Surviving Fimbulwinter main quest.

The heroes return to their hut in the forest after defeating the bear Bjorn. They will be visited by Thor and Odin, and, after a conversation, you will suddenly fight Thor. 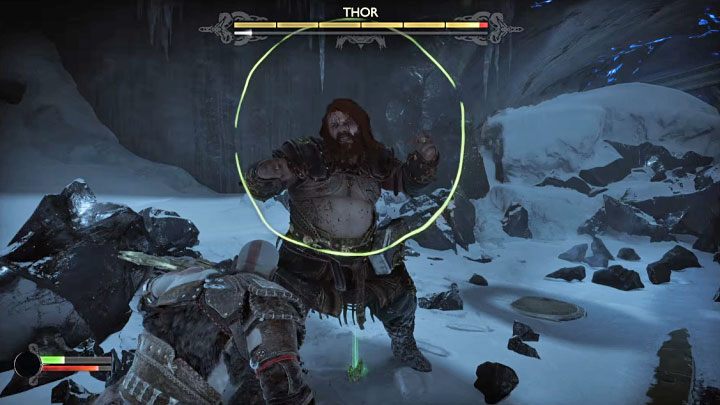 The fight with Thor is similar to the one with the Stranger from the previous God of War. The boss has 3 health bars. This will be a long and rather challenging battle.

You don't have to do anything while you are in the air. The fight will not begin until you land in the arena. Kratos is not carrying the Leviathan - he only has the shield.

When using blocks, remember that yellow attacks can break through Kratos' defenses. If this happens, dodge backward to avoid further attacks. 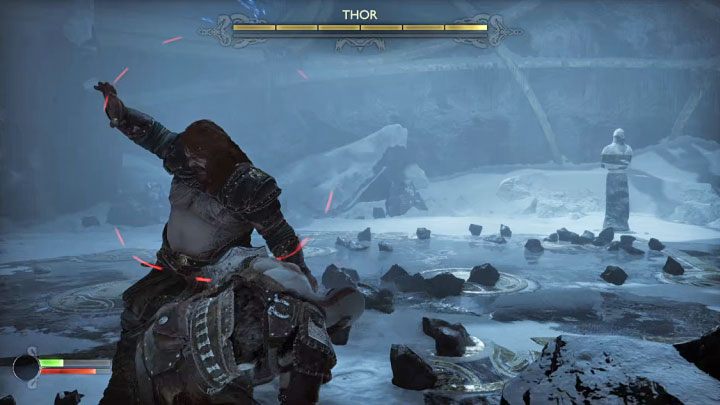 Avoid both attacks by perfect evades. 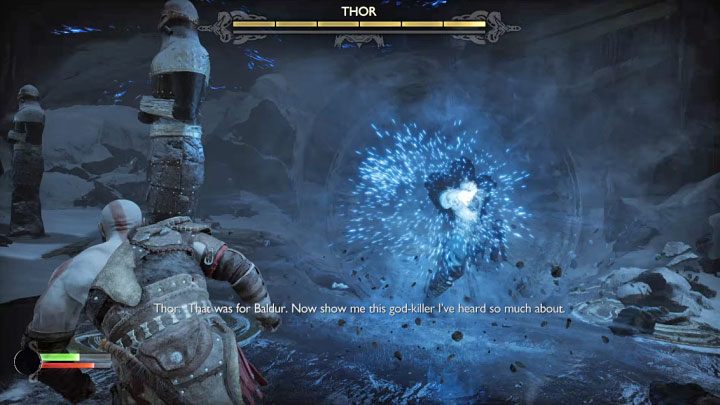 The boss's stronger standard attack is a clap. It can deplete a lot of health - you must hold the block button in advance.

You will find green medicines in the arena, but be on guard so that you don't lose even more health when trying to reach them. 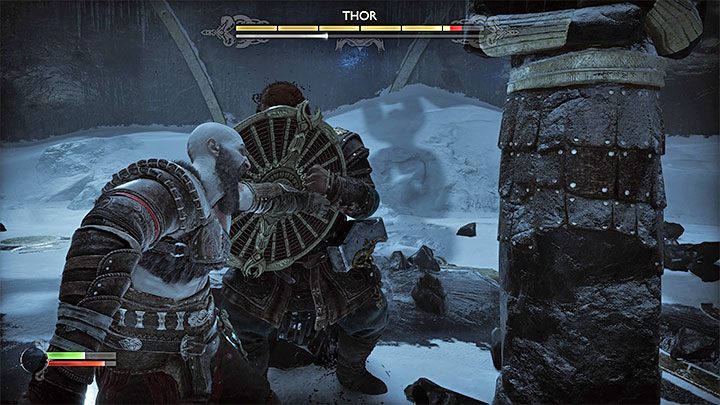 Weaken Thor with melee attacks - use them every time you dodge his attack or block it.

You should be able to activate Spartan Rage (L3 and R3) and deal Thor massive damage. 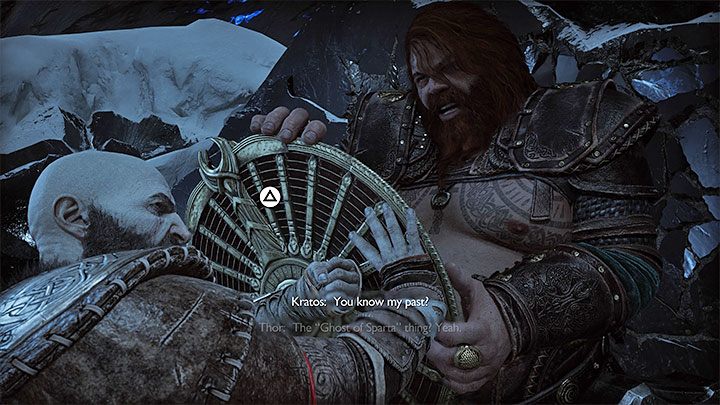 You have to make the boss stunned - press R3.

Wrestle with the boss. Wait for the moment to summon Leviathan - press Triangle on the controller. From then on, you will be able to use this melee weapon. 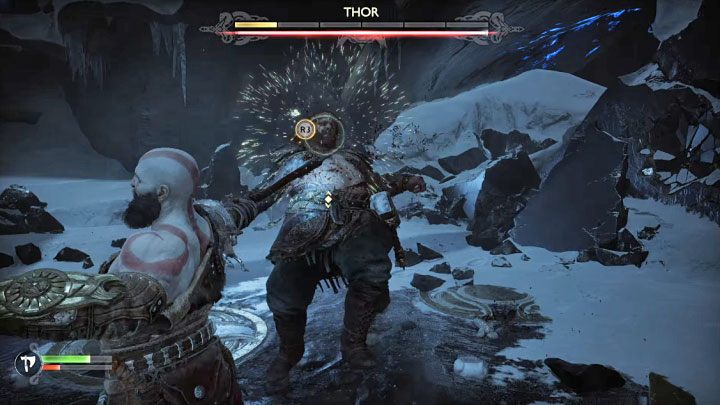 The boss won't get any new attacks in this phase. Use Leviathan to deplete the boss's health bar.

At the end, you will again be able to attack the stunned boss (R3). Watch the cut-scene and advance to the second phase of the battle. 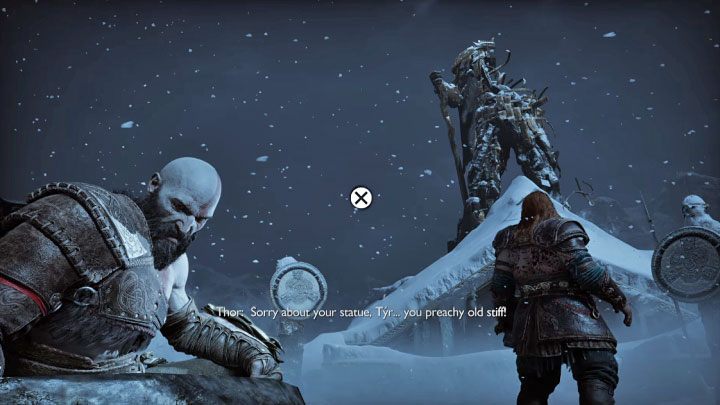 Start the second phase by picking up a stone block to throw it at Thor.

You can also do the same later in the fight - in the new arena you will find other blocks that can be grabbed and used to weaken Thor. 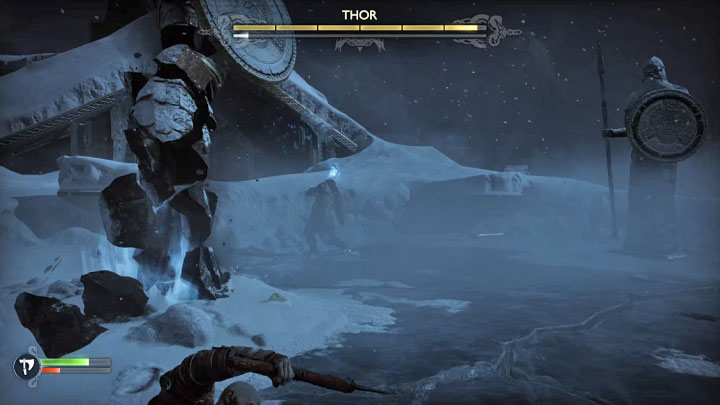 Thor will start using red ranged attacks - lightning attack and throwing Mjolnir. The only solution is to evade to the side at the perfect moment. Don't hide behind covers, because Thor's attack is able to pierce through them. 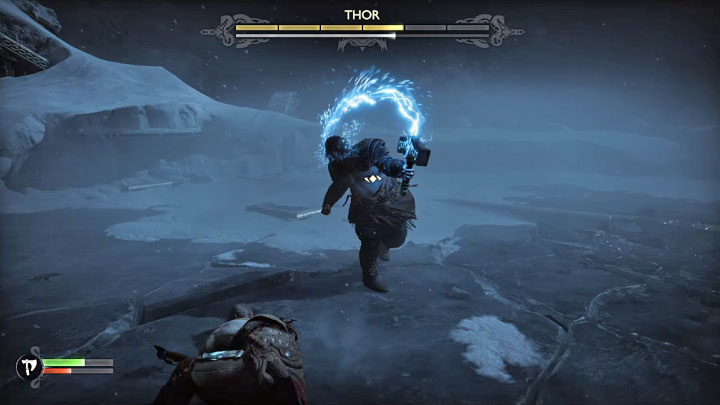 Another new red attack is Mjolnir sweeps. Thor uses this attack only if you are next to him. Evade to not get hit with the hammer. 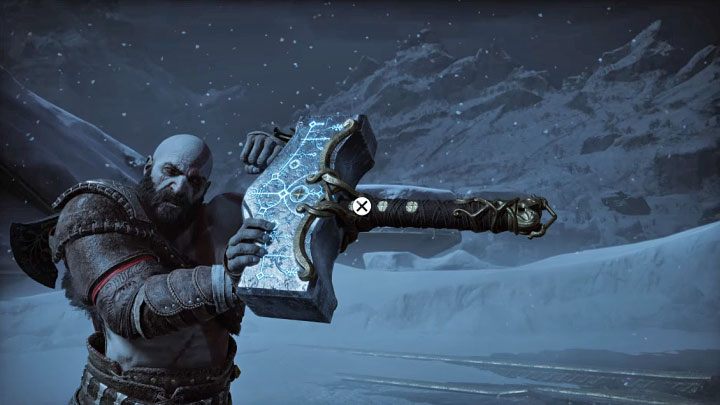 At some point, the boss will throw Mjolnir at you - it's a scripted moment. You have to press X quickly when Kratos catches the big hammer. 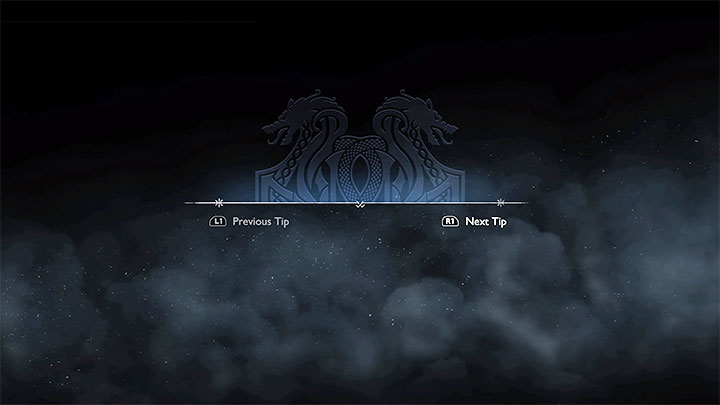 At some point, Kratos will die, but don't turn off the game - this is scripted. Thor will not accept such an easy victory and will bring Kratos back to life. You will resume fighting.

As before, you must attack the weakened boss (R3). You will watch the scene of the heroes' weapons clashing and enter the third phase of the battle. 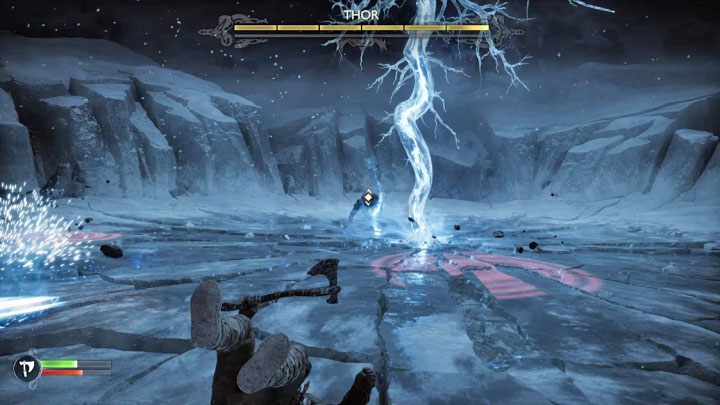 Thor's new main red attack bombards the arena with lightning. This attack is telegraphed by red circles on the ground - you can easily avoid them. You can also use this moment to quickly approach Thor while he is still executing the attack. 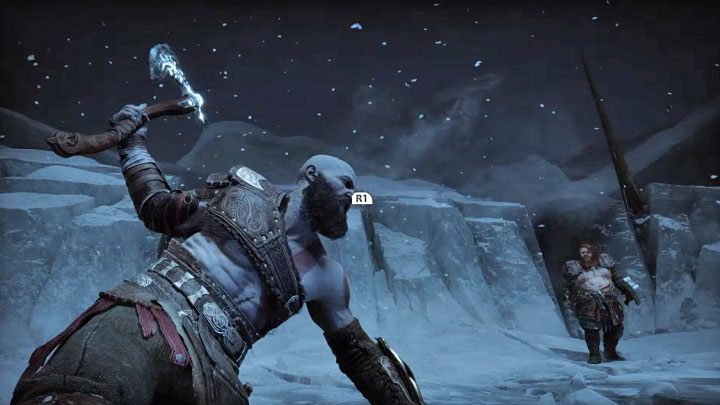 After one of Thor's attacks, a cut-scene will start. You must be ready to throw Leviathan - press R1 after seeing the message on the screen. 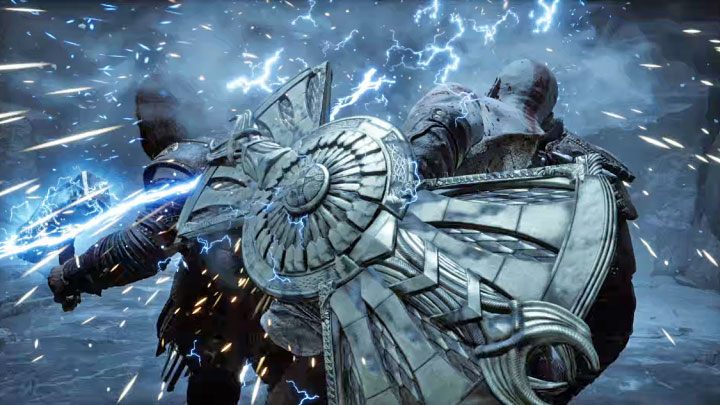 Continue to slowly deplete the boss's last health bar. If you manage to recharge the Spartan Rage, to make the fight easier.

At the very end of the battle, Thor will destroy Kratos' shield. The opponent will be satisfied with the fight and will fly away.