Gloomwood is a representative of the immersive sim genre with a strong emphasis on stealth. This page of the guide tries to answer the question - is Gloomwood similar to Thief games . We list the most important similarities and differences between these productions.

Is Gloomwood the spiritual heir of Thief?

Gloomwood , in our opinion, should not be called the successor to the Thief series. While attempting to play this game, you shouldn't expect certain "Thiefness" to the game, as Gloomwood lacks certain advanced stealth mechanics, and being detected doesn't always mean "game over". Gloomwood has strong stealth inclinations, but the gameplay isn't entirely built around it .

The above statement does not mean that you should ignore Gloomwood if you have been looking for a spiritual heir to Thief . You just have to tune in to a slightly different style of gameplay that has some common features with Thief and other representatives of the immersive sim genre. 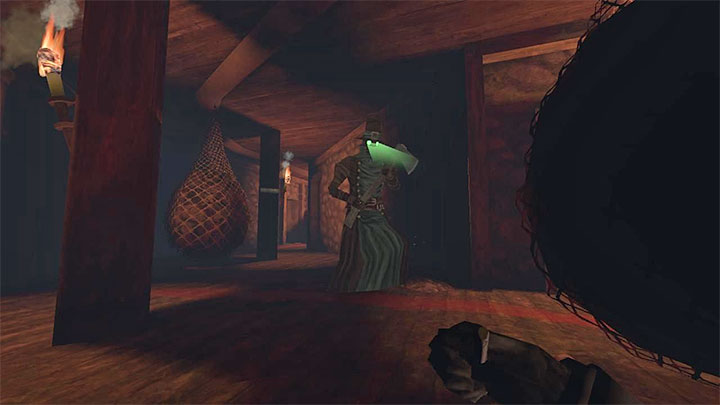 The whole Thief series were built around stealth, - getting detected meant quick death in most cases. Sneaking is desired choice when playing Gloomwood, but you can try playing different. You don't have to worry that a mission will be failed in case of being detected, and you can engage in direct combat. Your hero is not a commando or a sharpshooter, but during one-on-one fights, you have a good chance of survival by employing your melee weapons and firearms.

Stealth mechanics are present in Gloomwood , but they are not as advanced as in Thief . Just like Garret, you need to focus on staying hidden, without getting spotted or heard by enemies, and stay out of potential light sources. Unfortunately, you won't find advanced stealth mechanics in Gloomwood . You cannot, for example, use water arrows to extinguish torches , or take care of noisy surfaces (but only avoid them). 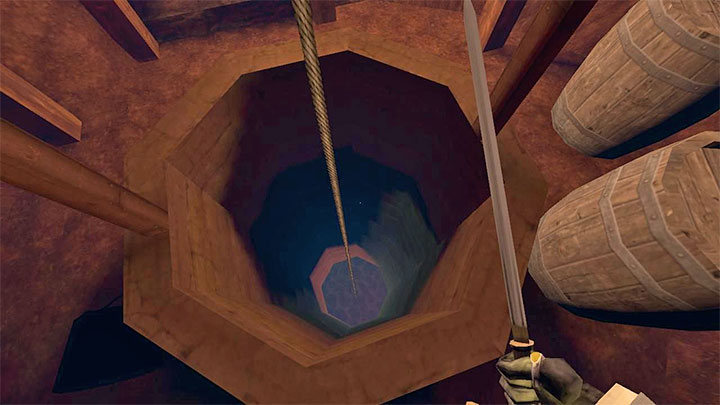 The world exploration of Gloomwood and Thief share many similarities . In Gloomwood , just like in Thief, you can find maps of the area, which are treated as additional help, i.e. they do not exactly mark the locations of secrets or player position, but help in navigation and thorough exploration of the visited locations.

There aren't any lockpicking mechanics in Gloomwood , but you have to search for keys to unlock closed passages. Identical to the Thief series , looking for additional loot (often by visiting hidden or more closely guarded locations) is rewarded Gloomwood , unfortunately, does not list collected valuables, which if such a meter was available, would allow you to determine whether a given location has already been looted in 100 percent. Gloomwood, like other immersive sims, offers a lot of freedom of undertaking further goals. You can solve many problems in various ways - by stealth or combat, choosing alternative paths or sabotaging the devices you find.

Same as in Thief , the world is inhabited by intelligent enemies and monsters . Sentries react differently to what they see and hear, and you can distract them. In the case of animals, the only available options are to fight or flight.

The locations in Gloomwood may resemble some of the stages in Thief . Your time of action is night, and your tasks involve infiltrating large buildings or traversing abandoned caves. However, the level of complexity of the levels is not as high as the best levels from Thief. This is both a blessing and a curse - you don't have to worry about getting lost, although the path to your objective requires less effort.

The equipment and skills of the hero 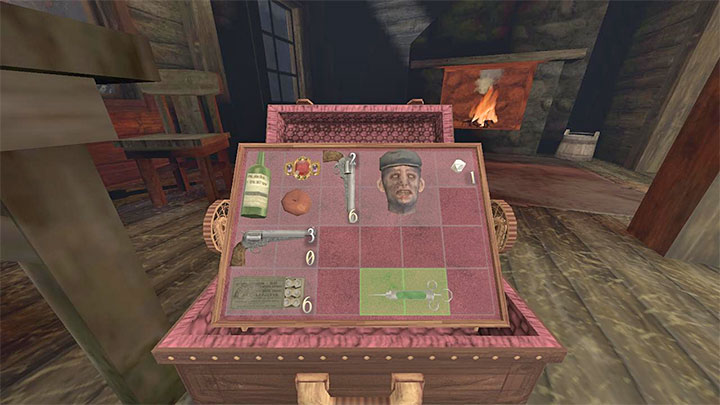 The basic equipment of the heroes of Gloomwood and Thief is very different from each other . In Gloomwood you will not find bows with different types of arrows, or blackjacks to stun enemies. Instead, you rely on a blade (for melee combat and stealth assassinations) and different types of firearms (including silenced weapons).

In Gloomwood, same as in Thief series, you can collect loot with an intent to sell it, although in the former, the hero's inventory has limited capacity. This forces tactical thinking and disposing of items of less use or value. 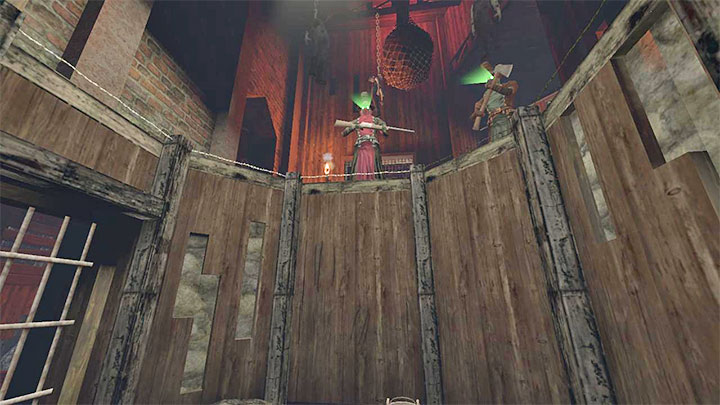 The graphics in Gloomwood have a deliberate retro design that can be very much reminiscent of the visuals for the first two Thief series.

In Gloomwood , deformed enemies appear instead of the classic guards . Their appearance may seem a little off-putting, but they are intelligent and are able to react to cues and patrol the area.

Gloomwood, similar to the Thief series , places emphasis on listening to the surroundings. Thanks to this, you can detect approach guards or, for example, overhear a conversation containing a hint that may come useful in later stages of a level.