This page of the guide to Ghostwire Tokyo contains a walkthrough of the main mission Tokyo Tower, which is a part of Chapter 5 - Severance. The walkthrough explains how to complete the initial climb up Tokyo Tower and how to win the boss fight against Yaseotoko (the second encounter with this monster). 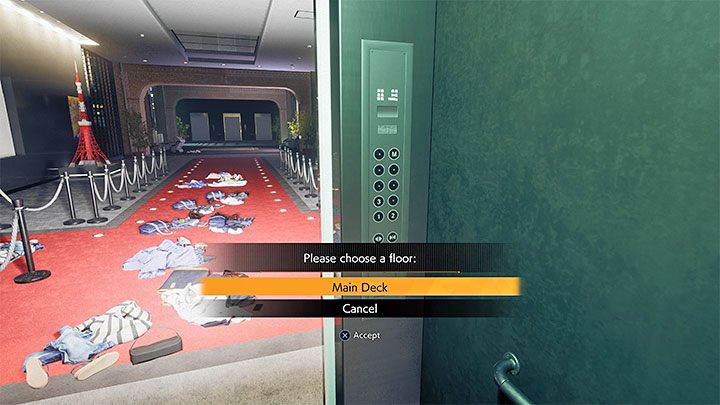 The quest starts upon entering the tower. You don't need to worry about encountering any Visitors for now. There isn't any unique loot to be found either, although you can find some ether and replenish your energy.

Go up the stairs to reach the upper floors. Once you see an elevator enter it and select the Main Deck as your destination. Leaving the elevator triggers a cutscene during which you meet Hannya and are transported to Yaseotoko's boss arena.

You've already faced Yaseotoko before, during the main mission The Buried Life. The second duel against him is similar, although this time Yaseotoko uses his heavily damaging powerful attacks more often. 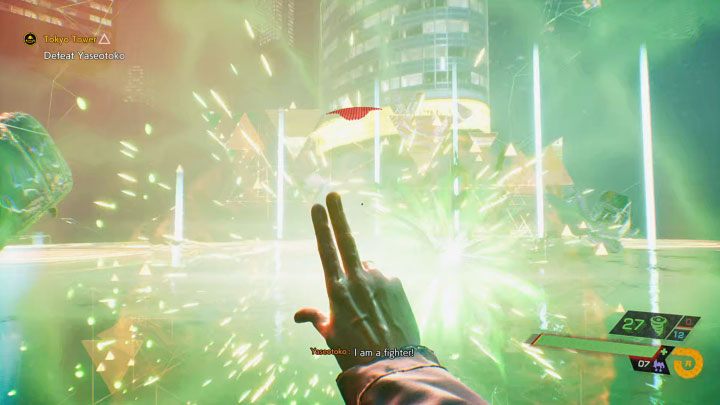 As a reminder, Yaseotoko can use all three elements - wind, fire and water. You can try to block his strikes but try to aim for perfect blocks to avoid all damage (remember you can use spectral food to make perfect blocking easier). You can also run around the arena but it won't be able to guard you from all of the boss' attacks. 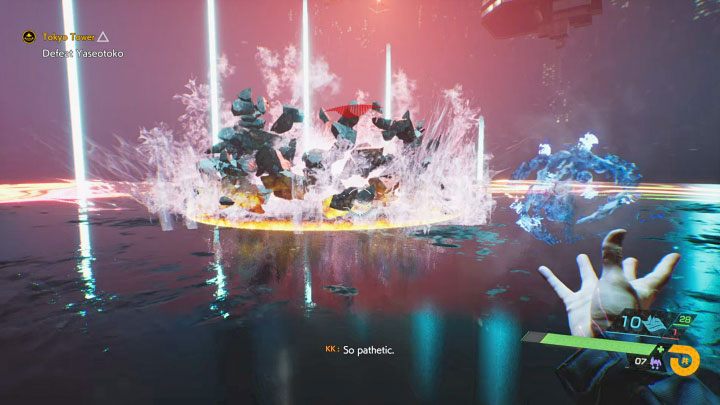 Yaseotoko can jump far and generates shockwaves whenever he lands. We recommend jumping over the waves, although you can block them too if it's too late (once again, try to execute a perfect block). 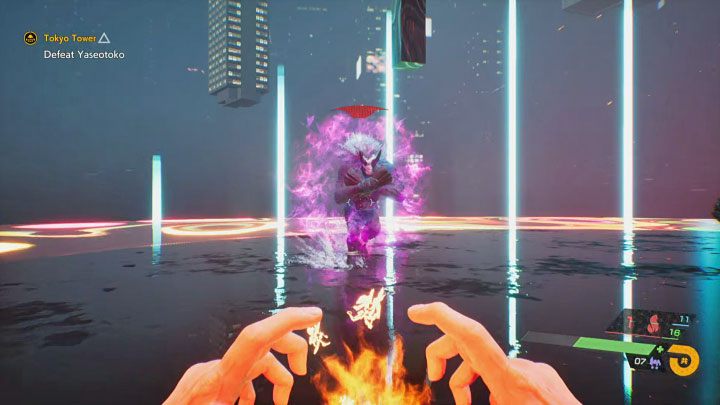 The boss can also generate a shield you can damage with charged attacks (the fire element works the best here) or just wait for Yaseotoko to drop it on his own. You can use that time to heal or collect some ether scattered around the arena. 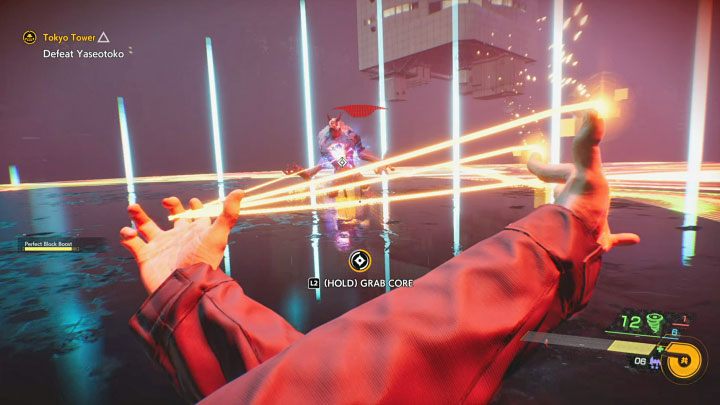 We recommend using fire and wind to attack the boss. Water doesn't work quite as well, as it requires you to get close to Yaseotoko. Your objective is, as usual, weakening the boss, exposing his core and ripping it out. 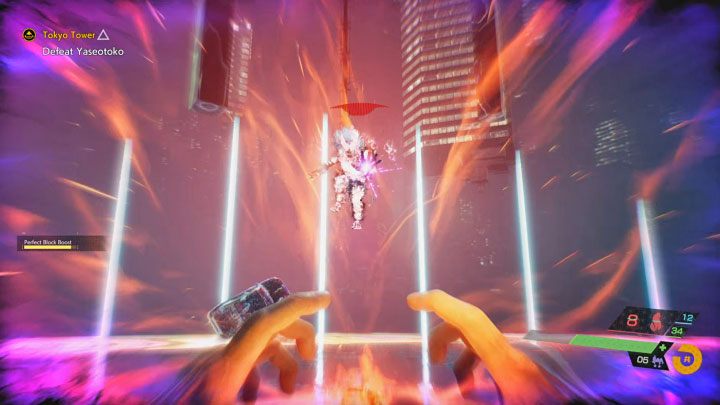 Pulling out the first core won't end the battle just yet. During the second phase you must weaken Yaseotoko once again. Now the boss is on fire, making his attacks much more powerful. The ground pounds in particular are very dangerous. You must pay more attention to blocking or avoiding his attacks. 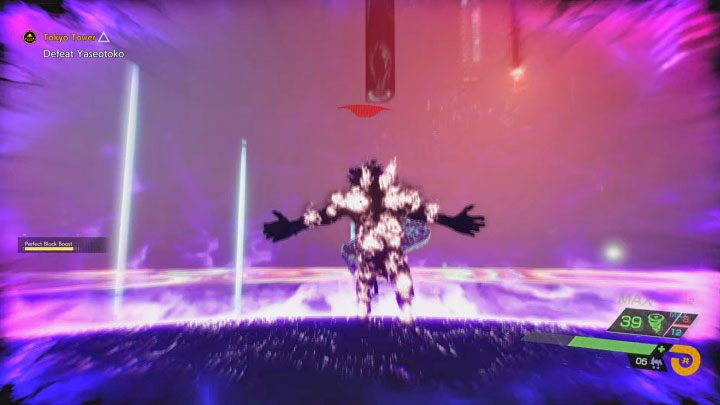 If you can Wire In, do so during the second phase. This will let you deal with the boss much quicker.

Rip out the second core to finally win the duel.