On this page of the Ghostwire Tokyo guide, you will find a walkthrough of the A Deadly Shadow side quest. Our walkthrough explains how to unlock the side quest, identify the fake, protect the spirit from the visitors and cleanse the hostile specter. 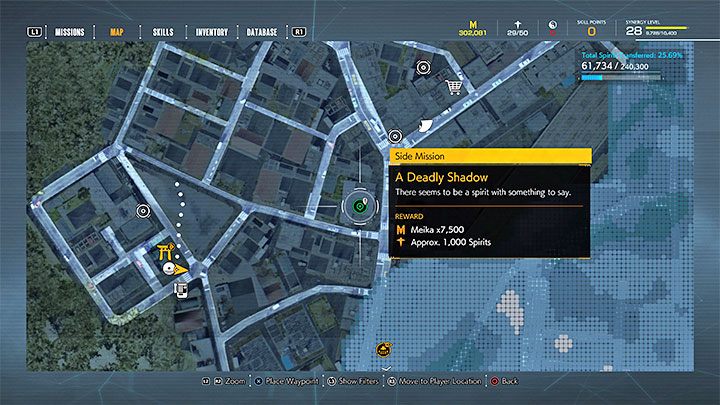 You unlock this quest after taking over the Chishima Shrine, during Chapter 4. A quest marker should automatically appear on the map.

The quest giver is the Fleeing Woman found at the gas station next to the gas dispensers. 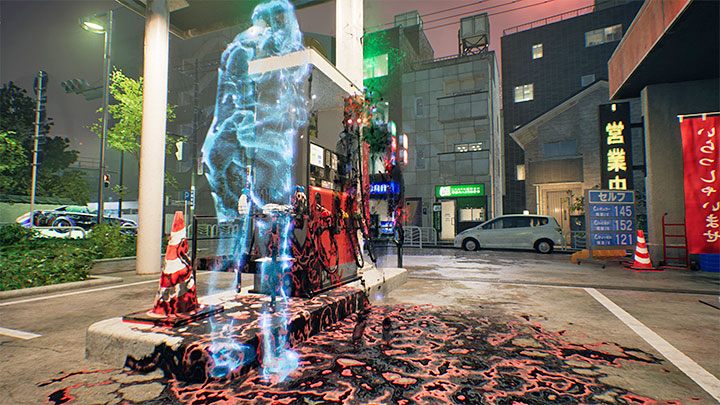 A phone at the station will ring. Go to the payphone and talk to the unknown specter.

You'll see two ghosts by the dispensers. The fake can be easily exposed with the use of spectral vision. 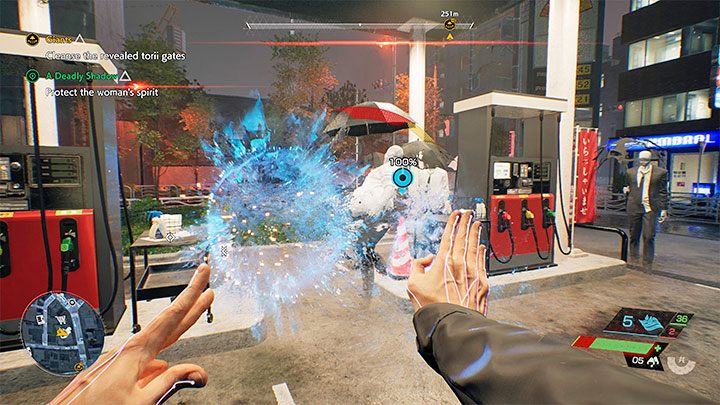 It's time for a big battle during which you must protect the woman's spirit. You must, as usual, prioritize killing the enemies close to the target and those draining it. In case of the umbrella-wielding foes you can either destroy them with charged attacks or wait for them to reveal themselves.

Some enemies can be stopped briefly by using stun talismans. This gives you time to attack them or immediately cleanse them.

Speak to the specter 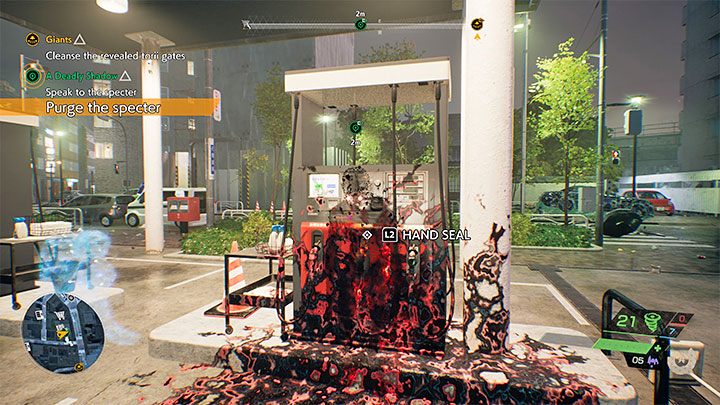 Talk to the specter levitating next to one of the dispensers. You must cleanse it, that is, break the manual seal.

Then talk to the saved woman's spirit to complete the quest.