On this page of the Ghostwire Tokyo guide, you will find a walkthrough of A Stop in the Void side quest. Our walkthrough explains how to unlock the quest, how to summon the phantom train at the subway station, how to get rid of the corruption in another dimension and how to eliminate all Visitors. 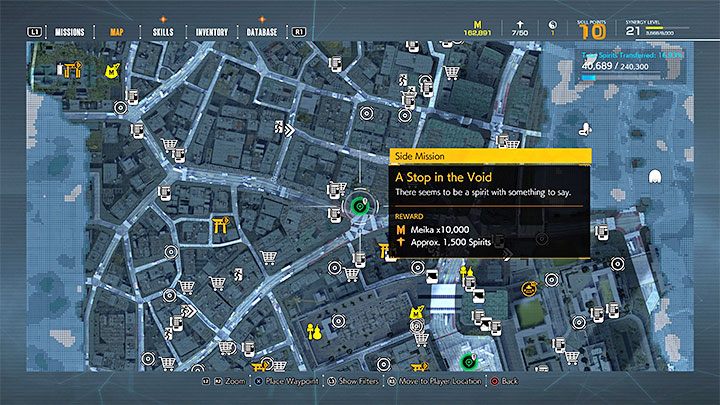 You unlock this quest during the Blindess main quest found in Chapter 3. After completing one of its objectives a new quest marker should automatically appear on the map.

The quest giver is the Rumon-Spreading Man. You'll meet him by using the stairs leading to the subway station near the quest marker.

Check out the subway station 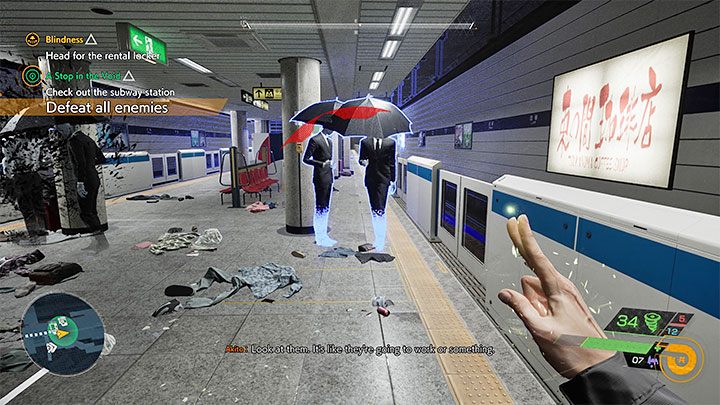 The entrance to the subway station is right next to the quest's starting point, with the game loading it as a separate area. Go to the platform marked by the game. Soon after entering the platform you'll face a group of Visitors. Charged fire weaving attacks are useful here, as the enemies start off tightly grouped. Run across the platform to gain some distance from them if you need it. 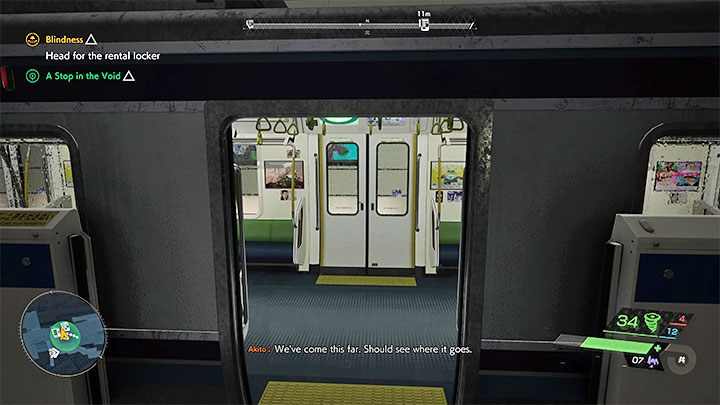 After the battle you must board the phantom train. Ignore the flashbacks and keep moving forward, then leave the train after reaching the new station. 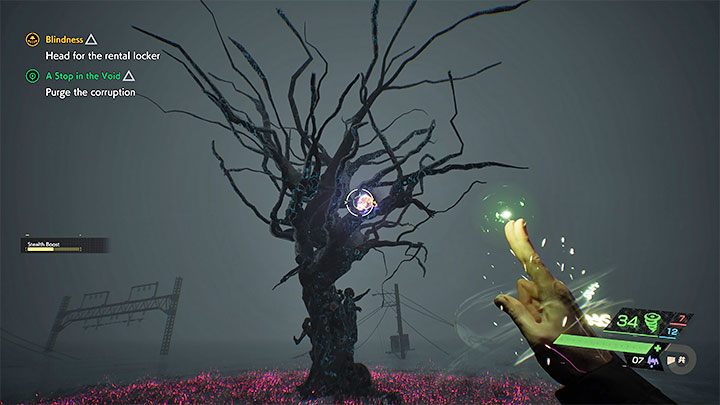 After leaving the train you'll realize the new station is in a different dimension. Move away from the platform and head towards the corrupted tree visible in the distance. Near the tree you'll encounter a Lamentation, an elite Visitor you fought during the Blindness mission. As a reminder, the creature initially flies around the area, but after being hit it falls and tries to fight you in melee.

After dealing with the foe scan the tree, find the corruption source and shoot it with wind weaving.

Speak with the spirits 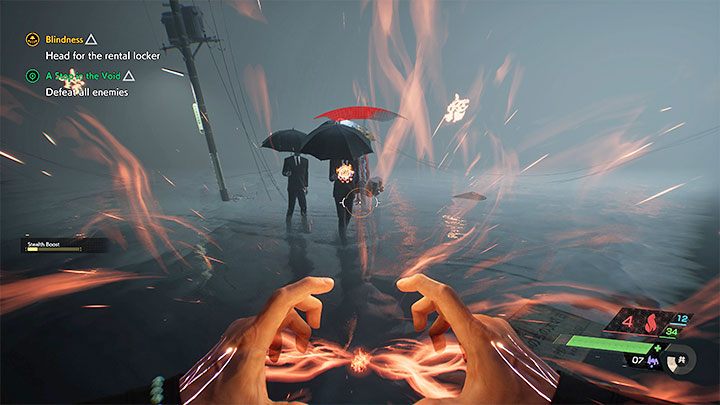 The subway passengers spirits will appear where the tree once stood - talk to them.

You must now face a horde of Visitors in battle. Take advantage of the arena's large size. You can find ether and food here if you need to resupply. During the encounter watch out for the elite hammer-wielder. Keep a safe distance from him, his attacks are heavily damaging and can knock Akito down.

Go back to the platform 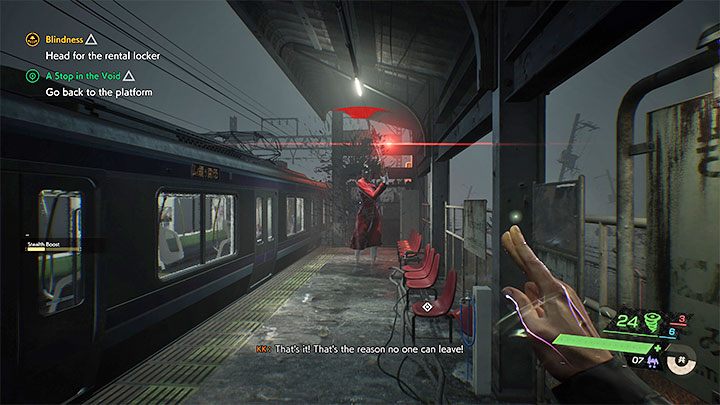 Do not rush back to the train. Try to heal and replenish your energy first. You're not done yet - an elite Visitor, the shears-wielding Crimson Kuchisake, will appear on the platform. Charged fire weaving projectiles are your best option here, as they deal heavy damage and can stop the Visitor in her tracks. Stay mobile and avoid melee combat, as that's when the enemy is most dangerous.

After the battle you'll return to the real world. The quest will end once you're back on the platform.