This page of the Ghostwire Tokyo game guide contains a walkthrough of Caves of Steel, the seventh main quest, which is part of Chapter 2 - Trouble. From our guide, you will learn how to avoid or surprise Visitors on the way to KK's hideout, how to follow KK's trail, how to deal with the enemies in the Hirokawa Temple, how to use the wire in stun attack, and more.

Get back to KK's safehouse 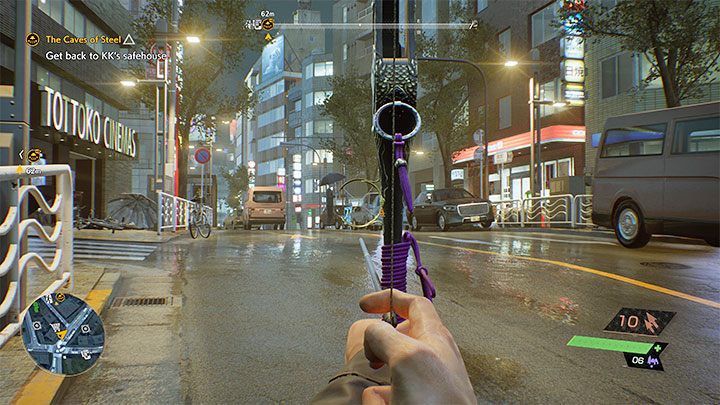 You will start this mission after leaving the underground. Remember that Akito still can't use his powers as a result of being temporarily disconnected from KK.

The main character is not completely defenseless - you can use your bow (if necessary, visit one of the shops and buy arrows - 1 arrow costs 300 meika) and quick purges (executions from behind). However, it's safer to sneak past groups of Visitors on your way to the hideout. Unfortunately, you can't use fast travel and you'll have to make the lengthy journey on foot. Head to KK's apartment to start a cutscene of your meeting with Rinko. 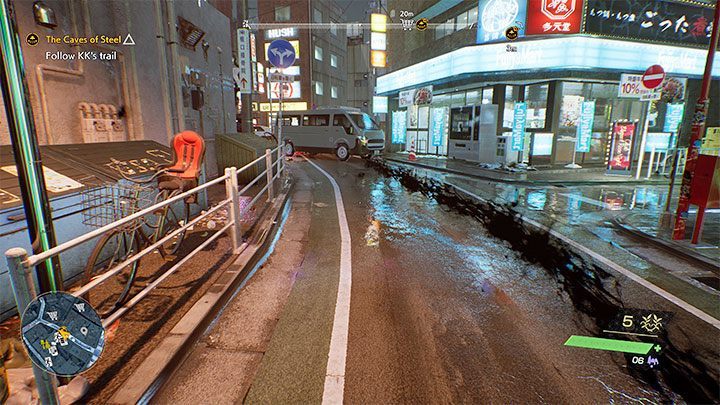 Rinko will give you the Note from Rinko and a Thicket Talisman, an item that spawns bushes wherever it lands. It can make it easier to avoid detection by enemies and even help prepare ambushes.

Leave KK's hideout. You will immediately notice a black trail that you then need to follow. If you encounter any Visitors, either use stealth attacks against them, hide in the bushes spawned by the thicket talisman, or simply run away from them (but try to stay close to the trail so as not to lose it).

Make your way to the heart of Hirokawa Shrine 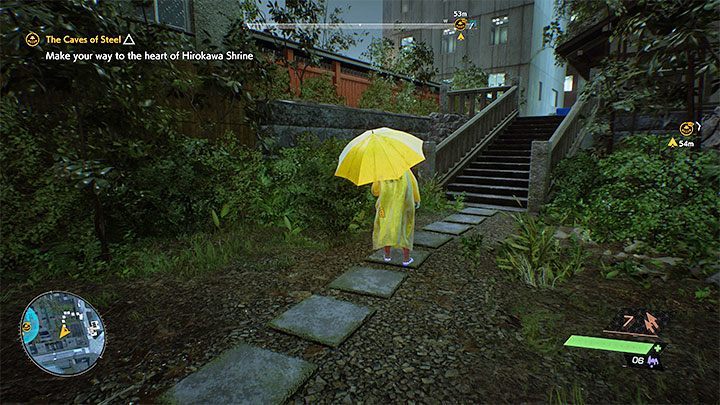 The black trail will lead you to the Hirokawa Shrine. From the short cut-scene, you will learn that there are Visitors in the shrine area.

Again, you have to rely on stealth, but you can also look for opportunities to use your bow or perform quick purges to dispose of enemies as you go along. You can find more arrows in the shrine area, but try not to miss to avoid wasting any arrows. 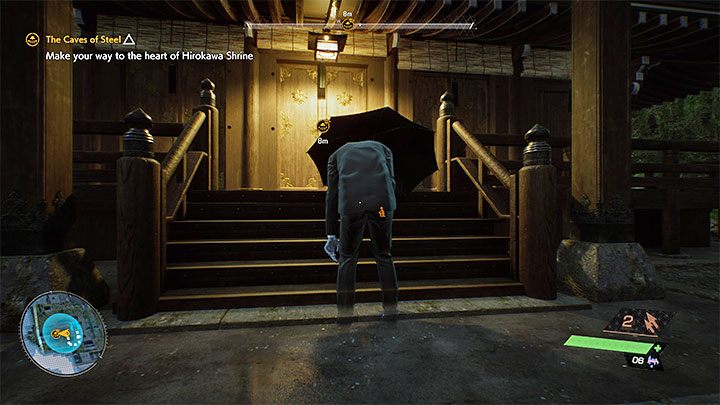 For now, ignore the the main shrine building and the Torii gate you pass along the way, since Akito doesn't have the powers necessary to purge them. Your destination is the building at the back of the shrine. Launch a surprise attack on the final Visitor in this area and from there, head inside. 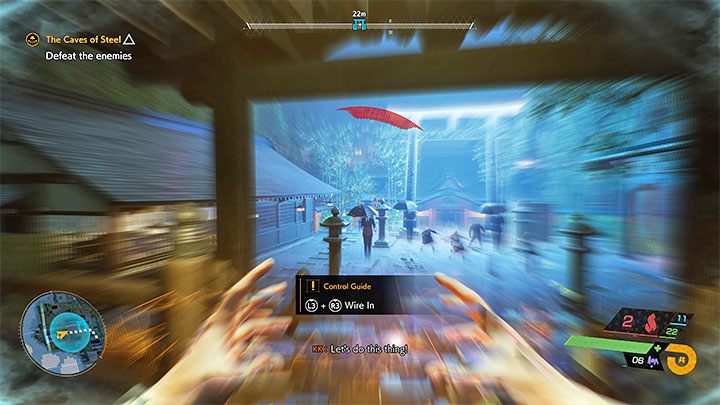 Akito will reconnect with KK, thus regaining his powers and learning a new one - wire in. It's an attack that can only be used after charging the sync bar from the bottom right corner of the screen (you can do this by grabbing enemy cores), but during the tutorial, you can skip this step (simply press L3 and R3 on the pad).

Wire in recovers the energy necessary to use your powers and, more importantly, weakens and temporarily stuns all enemies in the area. You can use it in two ways:

Winning the battle will end this quest and you will advance to Chapter 3 of the campaign.