On this page of the Ghostwire Tokyo guide, we've included some tips for beginners. These are various tips and tricks for people starting their adventure with the game. The tips are related to combat, restoring lost health, exploring the world, developing characters or managing your resources. 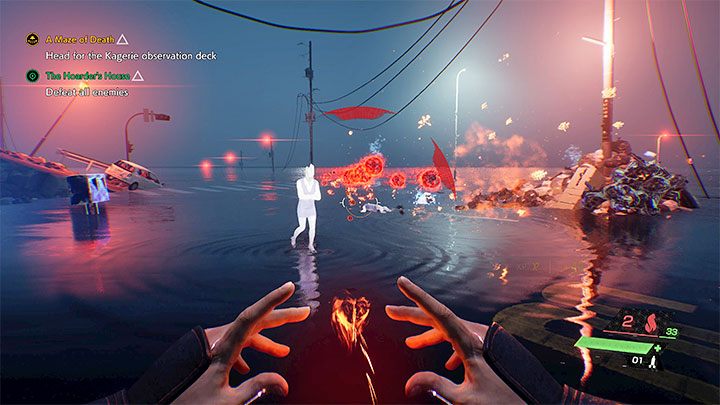 Even before starting Ghostwire Tokyo, you might be worried that the gameplay will be strange and incomprehensible at times, forcing you to learn many mechanics from scratch. Fortunately, it's not like that.

In Ghostwire Tokyo, some mechanics have different names (e.g. "weaving" instead of "power", "quick purge" instead of "execution", or "synergy" instead of "experience level") or they are located in other menu windows (e.g. in a separate inventory tab), but the most important thing is that the way they work is identical or very similar to that in other games. You need to learn the foundations of a particular mechanics and then you will be able to put the knowledge gained in other action games to use. The game does not require an approach that would be entirely different from other popular games.

Absorb all spirits you come across and increase your katashiro cap 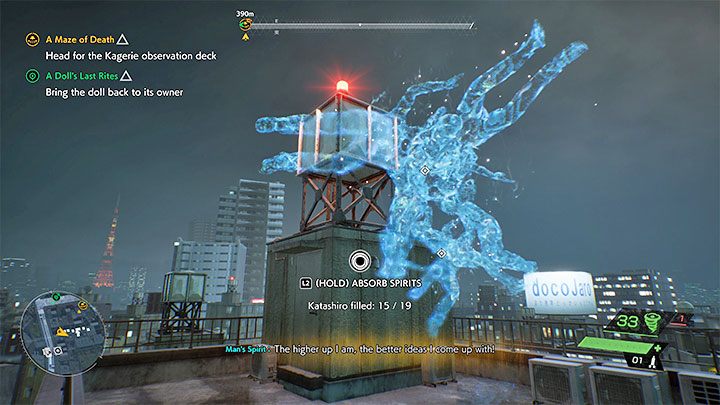 While exploring the game world, you can very often find clusters of levitating spirits. One of the most important mechanics of the game is the ability to absorb spirits using a paper doll called katashiro. Once you've collected the spirits, you can go to a phone booth to send them to a safe place - this is one of the main methods of accumulating XP and receiving Meiki, the local currency.

You can increase your katashiro cap by purchasing them in stores, which will enable you to carry more spirits at the same time. Additionally, absorbing some of the spirits may be more problematic - it may be necessary to remove a Hand Seal or protect the ghosts held in Containment Cubes. In addition, you should look for ghosts on rooftops and inside buildings.

Don't run away from the enemies you encounter, but get rid of them 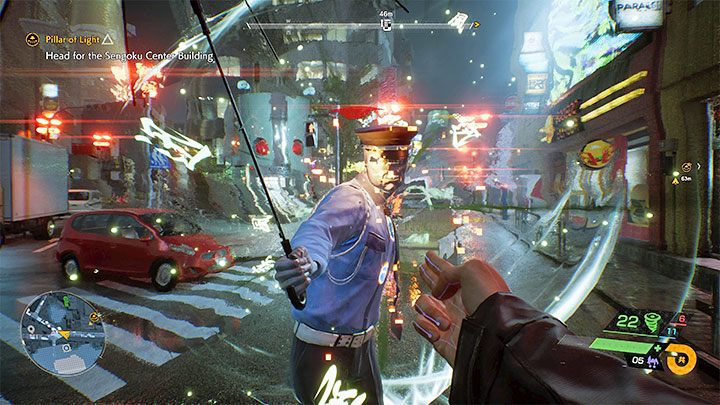 In most cases, fighting Visitors won't be challenging. Fights in which elite enemies are involved are an exception because elite enemies have increased endurance or can perform unique attacks.

Dealing with Visitors is a good way to earn XP and develop your character. Note that you will receive XP regardless of how you eliminate your enemies. In addition to direct combat, you can also rely on stealth attacks. During combat, remember to focus on individual Visitors in order to expose their cores faster and prevent them from self-regenerating.

For more tips on winning fights, see the chapter Combat and Stealth.

The cleansing of the shrines reveals parts of the world map 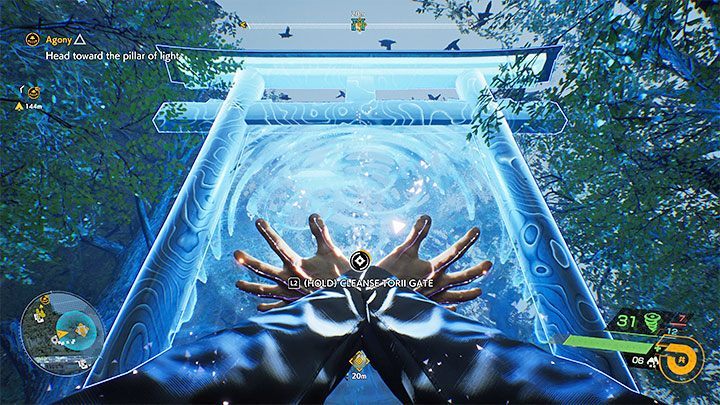 The most serious obstacle in exploring the world map is the deadly fog - you have to avoid it at all costs because interacting with it will result in your death.

You can deal with the fog by cleansing shrines - each such action will remove the fog from a given district, or at least a part of it. More shrines will be revealed on the world map as you progress through the main storyline. We recommend that you immediately use the opportunity to visit them and cleanse one or more Torii Gates in their area. An additional incentive is that each shrine has an altar with a unique reward, e.g. a new Talisman or Prayer Beads.

Revealing and exploring the Tokyo map is discussed in more detail in the chapter Exploring the game world. 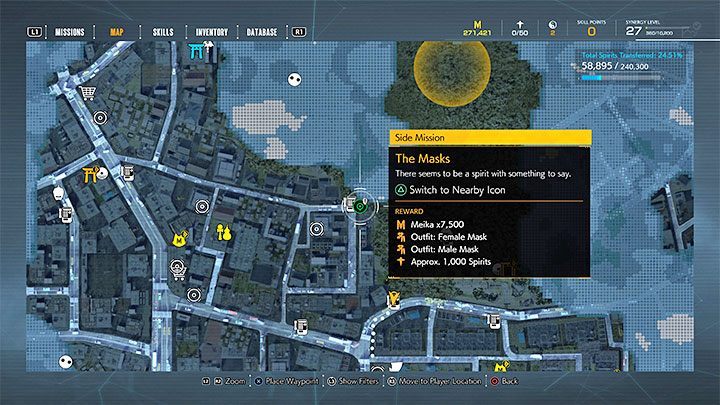 You don't have to search for side missions in Ghostwire Tokyo on your own. Side mission icons automatically appear on the map, but this happens only after you have advanced enough in the game, e.g. after taking over a new shrine or starting a new main mission.

You can view the rewards for completing the particular quest in advance, including spirits (XP), Meika, magatamas or unique outfits variants. This will allow you to easily select missions that are worth completing first. However, keep in mind that the better rewards, the more challenging a given side mission can be, e.g. you might have to face an elite enemy.

We have described the side missions in detail in one of the chapters of our walkthrough. We also included information about the rewards and how to unlock each mission.

Observe the protagonist's health bar during combat and heal Akito 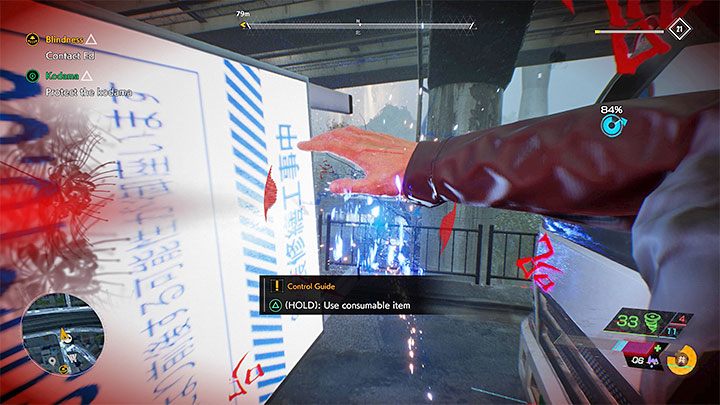 During combat, you have to remember that your health bar will regenerate by itself. You can regenerate small parts of the health bar by extracting enemy cores (there are skills that increase the effectiveness of such regeneration), but this may not be enough.

Observe your health bar and react once it turns yellow - use medications. Don't wait until the last moment because a single hit can deprive Akito of the rest of the health bar and kill him. In the game, you will find several types of medications, the most interesting being Spectral Food - read their descriptions because you can learn about additional treatment effects (e.g. temporary facilitation of perfect blocks or defense bonus). Food can be either found in the game world or bought (we recommend that you treat buying it as a last resort).

Health bar regeneration is described in more detail in the chapter Healing - how to recover HP?. 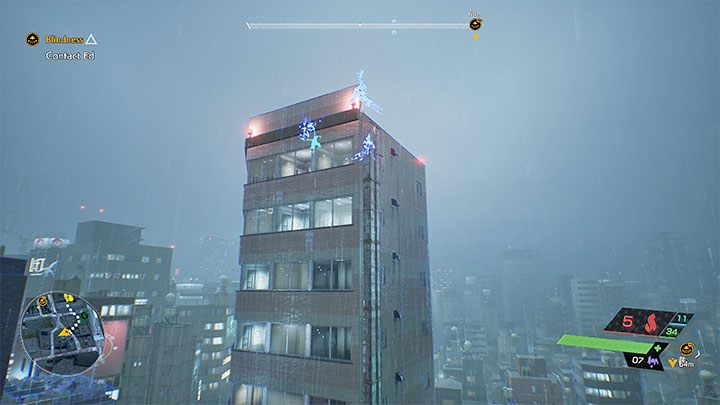 While exploring the world map in Ghostwire Tokyo, you may miss a lot of valuable treasures if you stay at street level all the time. This is because a lot of treasures are hidden on the roofs of buildings and other high levels. You should remember this and try to reach them.

The flying Tengu help you get to the rooftops: you can pull yourself to them using the grappling hook. Tengu are marked on the map and they also make distinctive sounds. In addition, you can use staircases, various types of elevators and the glide mechanics, which is especially useful for flying over to the roofs of neighboring buildings.

Roof exploration is described in more detail in the chapter Rooftops - how to get there?.

Scan the area with Spectral Vision and improve it 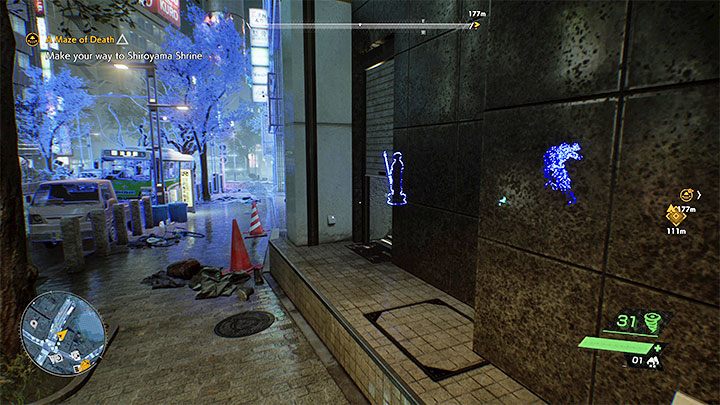 Spectral Vision scans the closest area, a mechanics well-known from other games. It is unlocked early in the campaign. Using it is free and does not consume any resources.

You can use Spectral Vision for many different things, the most important of which are:

As far as marking interactive items is concerned, it is particularly important to buy skills that improve Spectral Vision, namely increase its range. This will make it easier for you to locate important things and reduce the risk that you will miss something important or valuable. 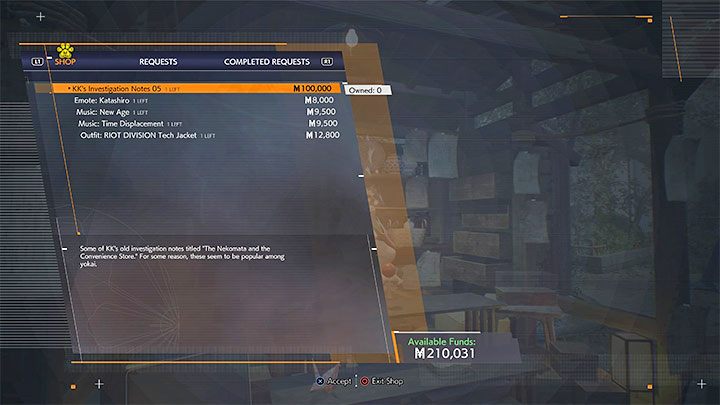 As a reminder, Meika is how the in-game currency is called. You can earn it by destroying the yellow Ether crystals found in the game world, completing quests or completing traders' orders.

You should spend Meika on unique things, for example on new katashiro (the ability to carry more spirits) or on expensive collectibles and clothing items, the acquisition of which will allow you to fully complete the game. Avoid buying consumables, especially food that you can find in large amounts as loot and that are limited in your inventory. Consider arrows an exception since they are found rarely and it's impossible to use the bow without them.

More tips and tricks on earning and spending money in Ghostwire Tokyo can be found in the chapter Meika (currency) - how to obtain?.

Rely on all 3 elements (wind, fire and water) 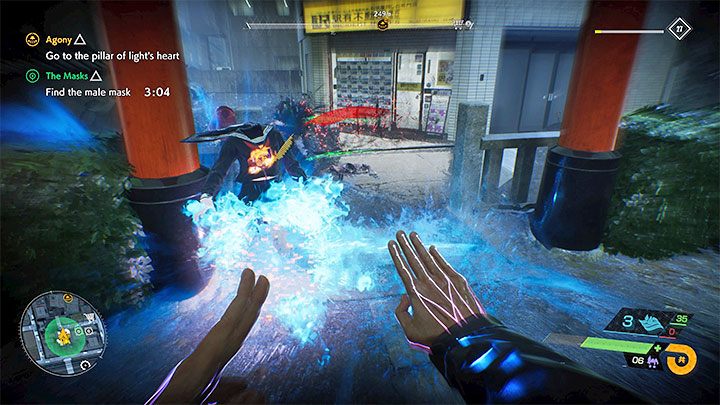 In Ghostwire Tokyo, you can rely on the three main weavings, the 3 elements. These are Wind Weaving, Fire Weaving and Water Weaving. Wind Weaving is available almost from the very beginning of the game and the powers of fire and water will be unlocked while completing A Maze of Death, one of the main mission in the early stages of the campaign.

The powers have their own separate energy reserves - they are the greatest for the element of wind and the smallest for the element of fire. An additional incentive to switch between the elements frequently should be the fact that they work well in different types of situations. Wind Weaving is good for quick attacks, Water Weaving works for close range attacks and Fire Weaving - for single powerful shots.

Regardless of the powers you use, do not forget to replenish your energy reserves, which you can retrieve from your enemies' bodies and by finding and breaking Ether crystals. Also, always leave a bit of energy in reserve in case you come across Visitors who can be easily defeated with the use of a specific element. 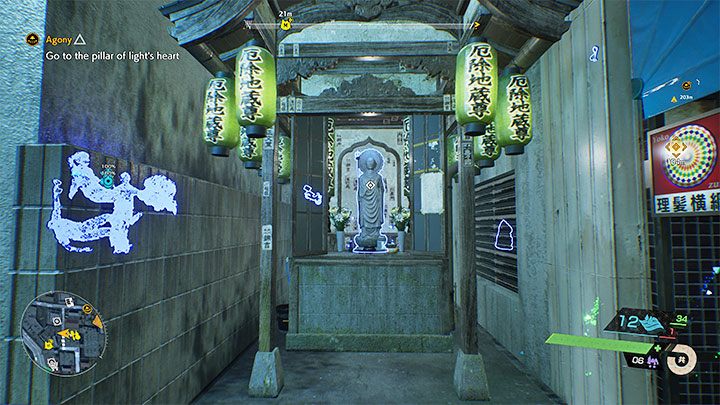 There are a lot of secret items waiting to be discovered in Ghostwire Tokyo. The most important ones are listed in the Secrets and Collectibles chapter. There are various treasures among them that are extremely valuable because they are related to the protagonist's development or increase his combat capabilities. The most important secret objects in the game are: