On this page of the Ghostwire Tokyo guide, you will find a walkthrough for the City of Shadows, the second main mission , of chapter 1 - Beginnings. You will learn, e.g. how to use charging attacks and do a core grab, as well as where to find Mari's room in the hospital.

Get to Mari's room 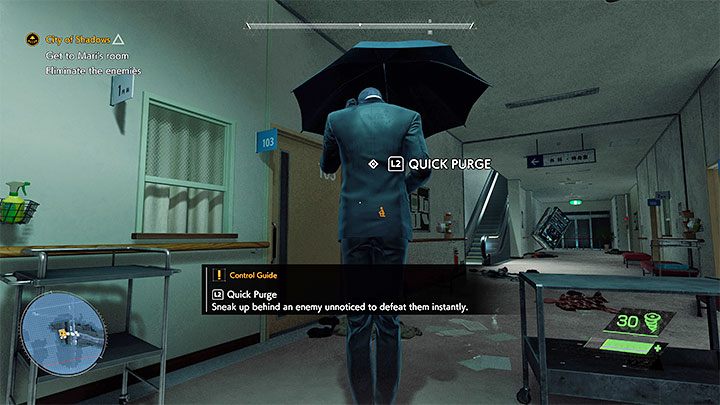 You can focus on reaching the hospital room with the main character's sister or explore the area thoroughly - in the latter case, you can find food and drinks to heal the hero as well as secrets, including various kinds of relics and files. Fortunately, you can easily return to the hospital later in the game - you don't have to get 100% of the collectibles now.

After exploring one of the first corridors, you will have to watch a cut-scene with the Visitors - the game will suggest sneaking (press the crouch button). Approach a Visitor from behind to press the Quick Purge button - a stealth attack. It can kill any weaker opponent instantly or seriously weaken a strong Visitor. 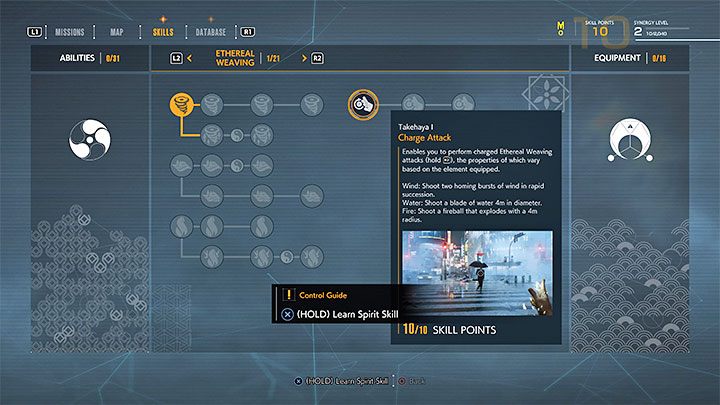 The main character should now level up - increase his synergy level. This triggers a tutorial for spending skill points. You need to acquire the Takehaya I skill - it enables charged attacks for the available powers (you currently have only wind weaving).

This is the only ability that has to be unlocked during the story. Any other skills and upgrades can be obtained after leveling up. We have described this topic in more detail on, e.g. the Character progression page. 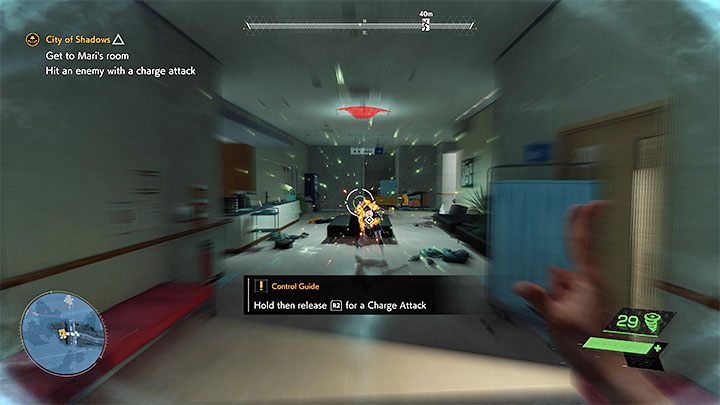 Continue the fairly linear path through the hospital. After encountering a new enemy, you will be able to test charged attacks. It is very simple - hold down the attack button for a few seconds and release it when the weaving (in this case the wind) is fully charged. Depending on the power used, a charged attack can, for example, deal more damage or attack several enemies at the same time. 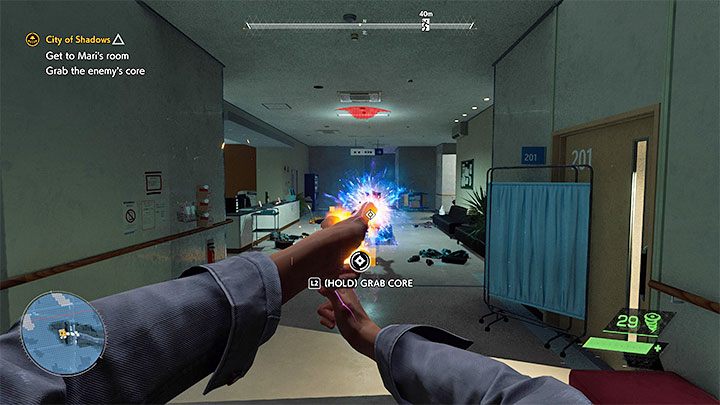 You will also learn the second important action right away - doing a core grab on a weakened enemy. Enemies become weakened state, which exposes their cores, after they have taken enough damage (charged attacks help with this, but are not the only way of revealing a core). However, they will not stay in this state for too long - you have to act quickly.

Core grabbing is simple - hold down the button until trigger the action. In the case of fights from the later part of the game, do a core grab while standing far from enemies - if their attacks hit you, they may interrupt this action and force you to weaken the Visitor again. 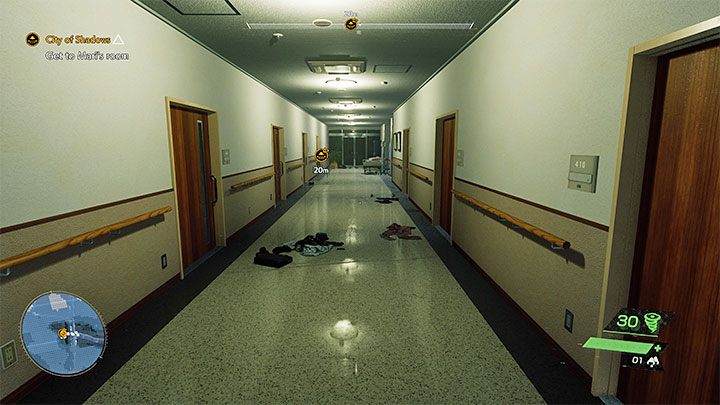 Move on and defeat more enemies. You can stealth kill Visitors or face them head on. In the latter case, do not forget about Crystallized Ether to replenish your energy. If you get injured, heal yourself with the food you find.

Use two staircases - to reach floor 3F and then to floor 4F. Your destination is room 417.

You will watch an important cut-scene in Mari's room. After that, you have to go towards the hospital exit. You don't need to use the stairs again. You can call the elevator and after entering it, select floor 1F. Leaving the hospital building will end this quest and the first chapter of the campaign.