This page of our guide to Ghost of Tsushima has key information about the game's world. You will find out how big the Tsushima island is. In addition to this, we inform how does the traveling look like and how to reach the various regions.

This page doesn't contain any plot spoilers. More information about traversing the world in the Exploration chapter. 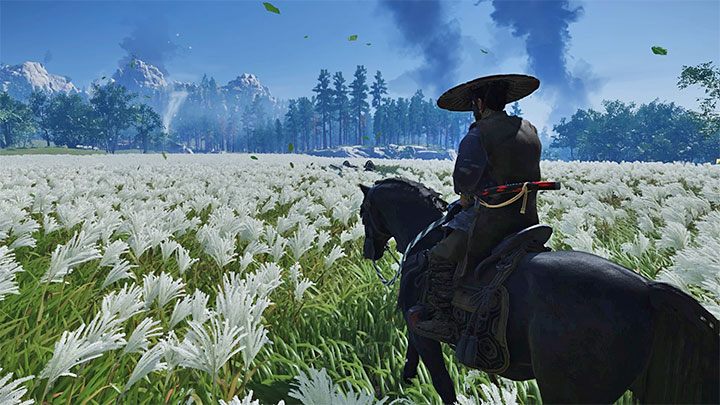 The game takes place on Tsushima, a real Japanese island located in the Korean Strait which now belongs to Japan. The in-game island isn't replicated in a 1:1 scale, although its overall shape in the game is based on its actual counterpart. 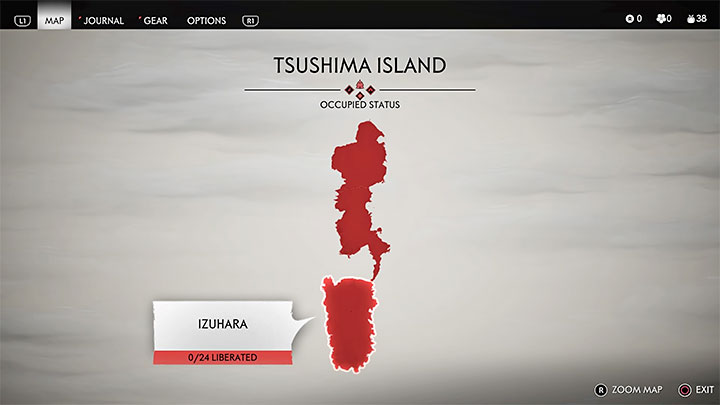 Tsushima in the game consists of three main regions. These are Izuhara, Toyotama, and Kamiagata. Each of these regions is very extensive and has dozens of different locations. In addition to larger locations (villages, temples, or Mongolian camps), there are also many smaller locations (farms, refugee camps, or animal lairs). 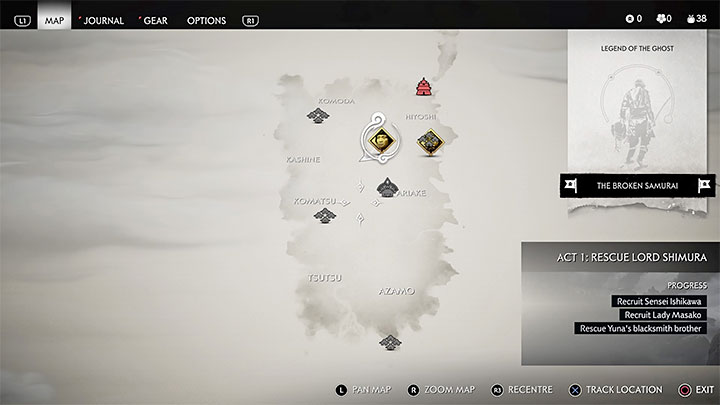 You can't travel to every place on the island right from the beginning. The Toyotama and Kamiagata regions are initially blocked. You will spend your first hours on exploring the Izuhara region.

In order to unlock access to further regions, you must make enough progress in the main storyline. Fortunately (with some exceptions due to the plot), you can return to the previously explored regions. Some side quests will require you to do that.

Ghost of Tsushima features a fast travel mechanic - we have described it in detail on a separate guide page. Fast travel is free and applies to all locations that were either discovered or liberated from the Mongols. 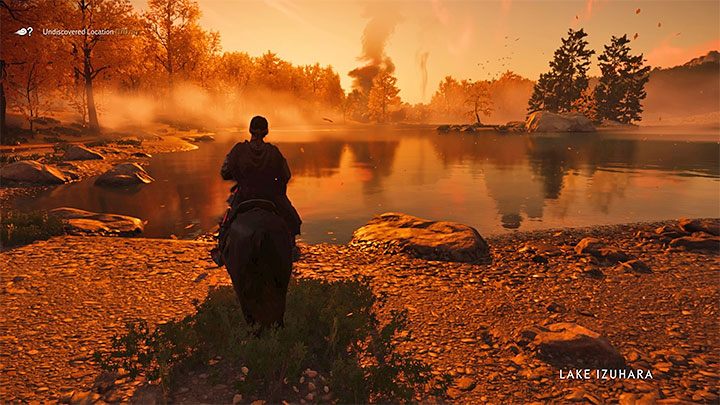 The fastest way to travel around the island is to ride a horse. You don't have to stick to the main roads because you can (or even should) wander off the paths to discover new secret locations.

There is no mini-map in the game, but there are options that assist navigation. They are: 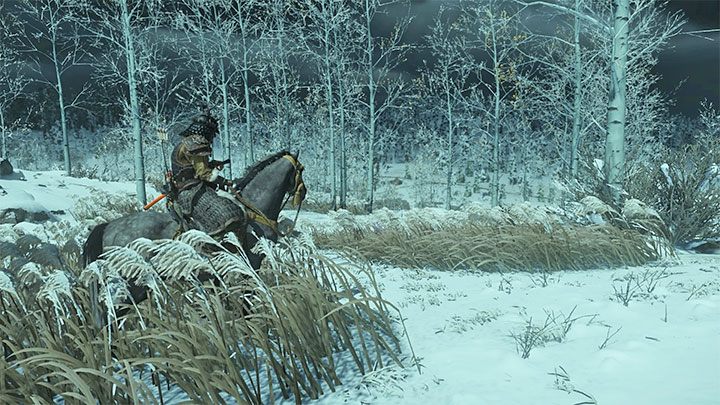 The game's environment is quite diverse. Due to the fact that Tsushima island is in a subtropical climate, expect frequent rainfall and equally frequent storms. Luckily, you can't be hit by lightning.

You can roam, e.g. forests, glades, marshes, as well as mountainous areas. Kamiagata, the third region, has snow-covered areas. One of the unique mechanics in this land is about body cooling - we have discussed this in more detail on a separate page of the FAQ chapter.