This page of our game guide to Ghost of Tsushima explains how to replenish stocks of ammunition and gadgets (arrows, kunai knives, etc.) and single-use consumable items. You will also find out whether it is possible to produce ammo in the game. 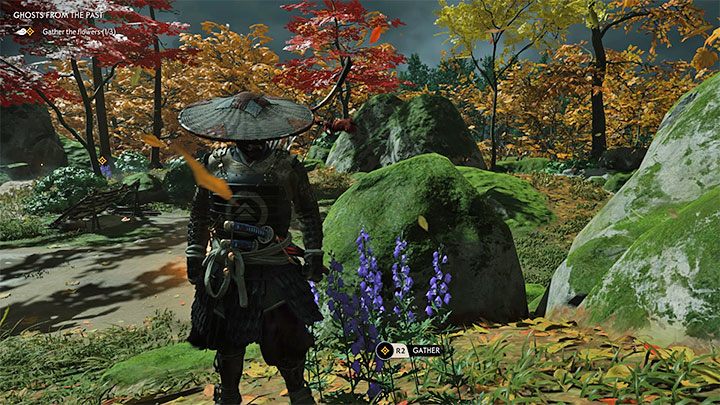 One of the most important pieces of information about replenishing supplies in the game is the fact that Ghost of Tsushima doesn't have any extensive crafting mechanisms. This means that you can't produce bow arrows, kunai blades or other popular types of ammo and gadgets.

The exception are the blowgun darts. Blowgun is a ranged weapon acquired in the later stages of the campaign. In this case, picking up violet and orange flowers leads to the automatic production of poison darts and hallucination darts. 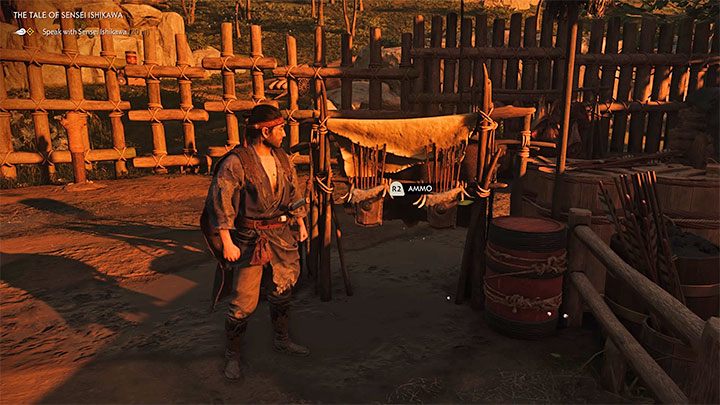 The first way to acquire ammunition and gadgets is to look around for them in the game world. Sought-after supplies can lie in plain sight, be stored in chests, and can be found in the pockets of fallen enemies. In addition, you can easily replenish supplies by interacting with strikes / racks similar to the one depicted in the picture above.

Try to carefully search all locations where you are fighting and completing quests. Look for supplies not only inside tents and buildings, but also in the open space, that is, in the exterior areas. 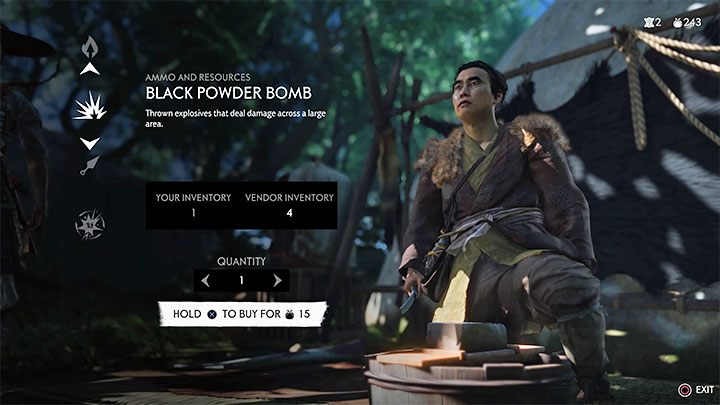 The second way of acquiring ammunition and gadgets is to buy them from trappers, who are one of the merchants available in the game world.

Single-use items can be bought from trappers for supplies. Unfortunately, a single arrow or a single gadget can cost a few or even several dozen pieces of supplies. Use this method only if you have used up all your supplies and you have to confront a boss or start a longer quest. Otherwise, it is best to simply explore the game world more than usual and use the bow less often.