On this page of our guide to Ghost of Tsushima, we have prepared information on how to keep your body warm in cold and freezing environments. Hypothermia may lead to death of your hero. You don't have to do anything out of ordinary or complicated to solve this issue. However, the body temperature game mechanics may be troublesome during your gameplay. 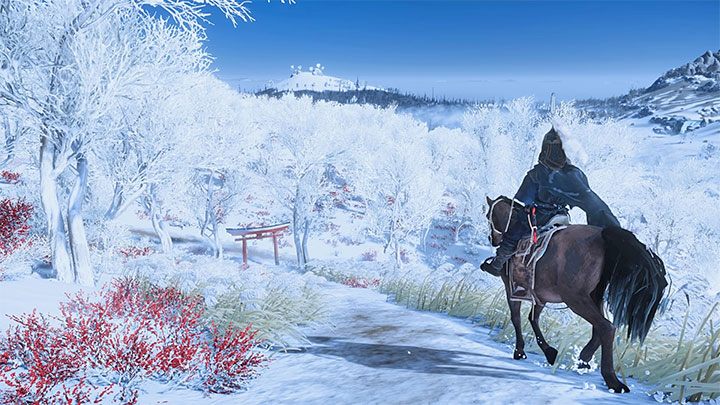 Hypothermia and freezing to death is a problem which you will encounter only during the third Tsushima region, that is, Kamiagata. You will come across low ambient temperatures in the northern part of the island - there is a heavy winter in most parts of this region.

Fortunately, you don't have to keep the proper body temperature around all Kamiagata region - this issue only occurs in the higher mountains. You will encounter this game mechanics during The Undying Flame mythical quest, in which you have to climb to the top of Jogaku mountain. However, you can also experience it if you reach the higher parts of the mountains on your own, that is, as you search for collectibles or check question marks. 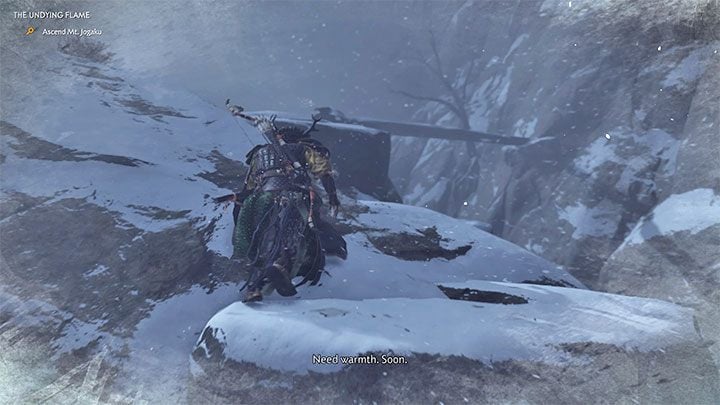 After you get to a location in which you may freeze to death, you will be informed about that in two ways - by a comment from Jin and an icy frost effect appearing on the screen. Screen blur increases as your body temperature drops and you start freezing to death. 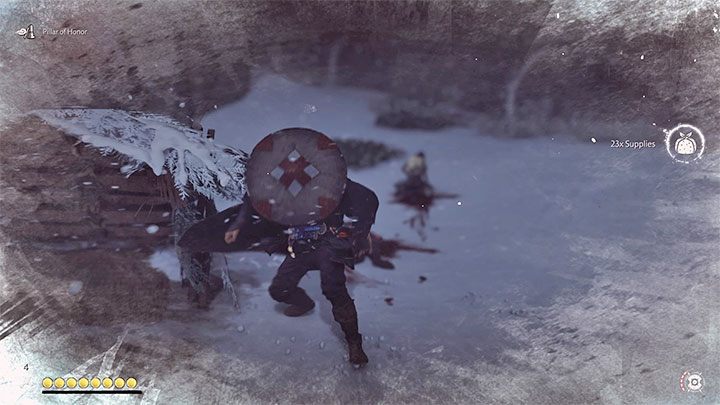 After your body temperature reaches a critical level, Jin will start to lose health points until he eventually dies from hypothermia. 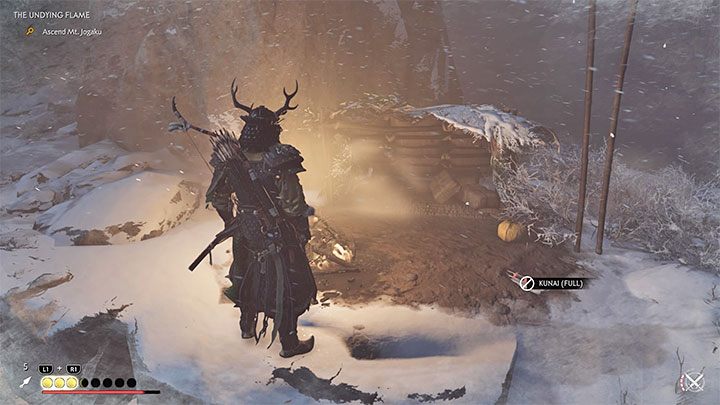 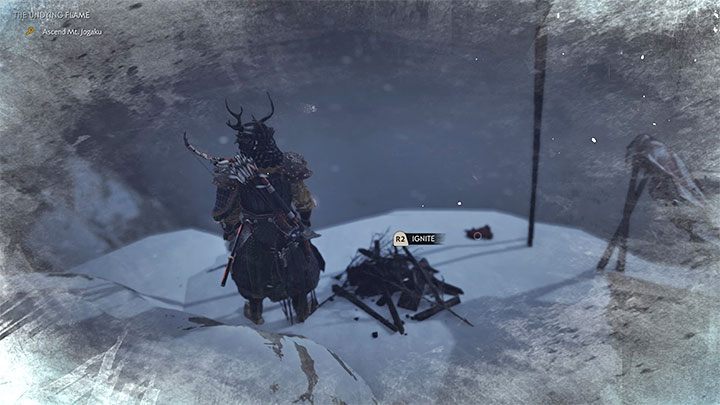 Changing your outfit to winter one won't save you from the low temperatures. There are 3 main ways to avoid death by freezing:

In the case of variants 2 and 3, take a break for short while at a burning campfire so that the protagonist can warm up his body and continue traveling through ice cold areas.