On this page of our guide to Ghost of Tsushima you can find out how to unlock the blowgun, which is one of the gadgets used to eliminate opponents. You will also learn what types of darts can be used for the blowgun, how do they work and how to replenish the supply of darts.

How can I get the Blowgun? 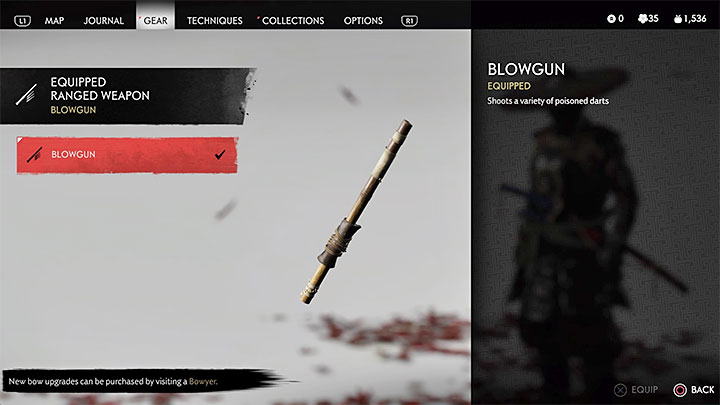 The Blowgun is a unique type of ranged weapon in Ghost of Tsushima. You can use it to launch darts. The latter can lethally poison your enemies or cause serious hallucinations to provoke enemies attack their allies.

Blowgun will be acquired as you make progress in the main storyline. More specifically, this gadget can be acquired during the quest called Ghosts from the Past - the main character will receive a blowgun from Yuriko as part of his visit to the Sakai family estate. 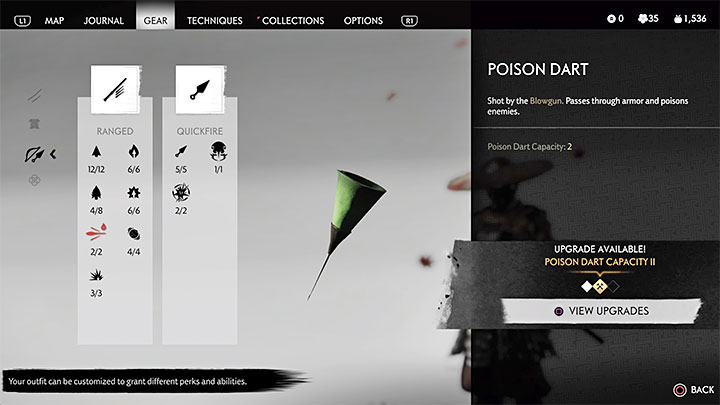 The first major type of dart is the poison dart. They are available after you get the blowgun and you will be able to test them during the Ghosts from the Past side quest. 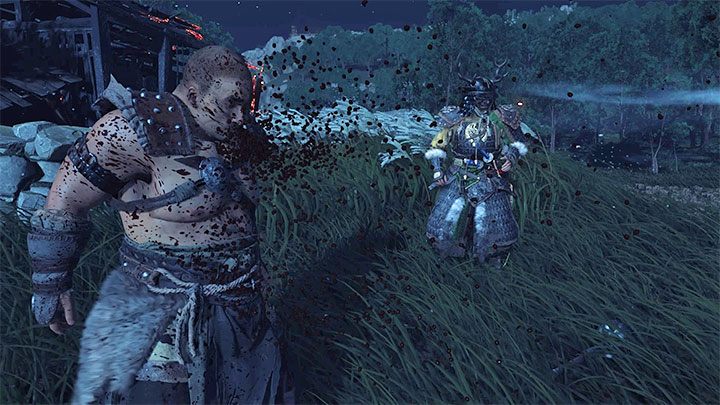 The poisoned dart contains a deadly poison. The victim, who was hit by the dart, will start spitting blood and die in agony after a while. The death of an enemy can cause terror debuff among other enemies. 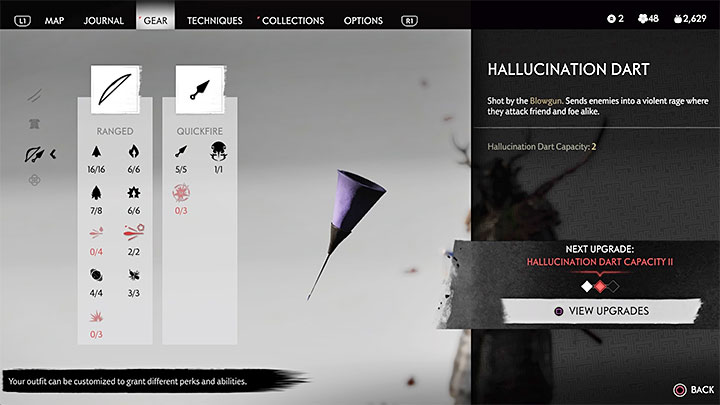 The second main type of darts is the Hallucination Dart. Initially they are not available. After completing the Ghosts from the Past quest, you must once again meet with Yuriko in the camp and complete the side quest related with her character - The Proud Do Not Endure. 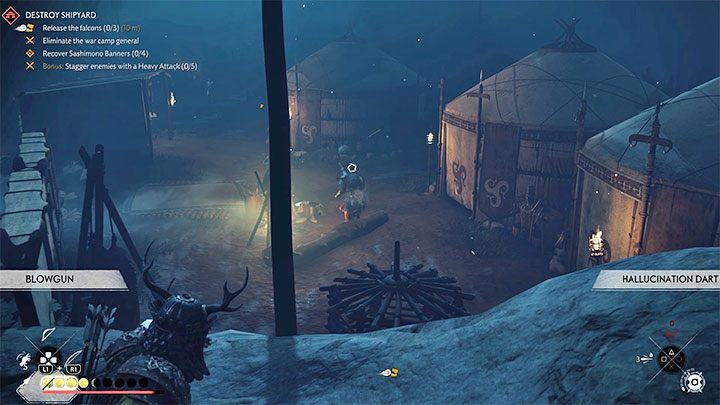 The hallucination darts turns the enemies against each other due to the hallucinations. Darts of this type are perfect for attacking larger enemies who will be able to survive a bit longer and kill at least one of their allies.

Important note - Darts won't hit enemies with heavy armors. Fortunately, they pass through lighter armor, so you can still attack some of the armored enemies.

How to replenish the supply of darts?

Darts cannot be bought from merchants or found as loot in the game world. Instead, you have to find such things as: 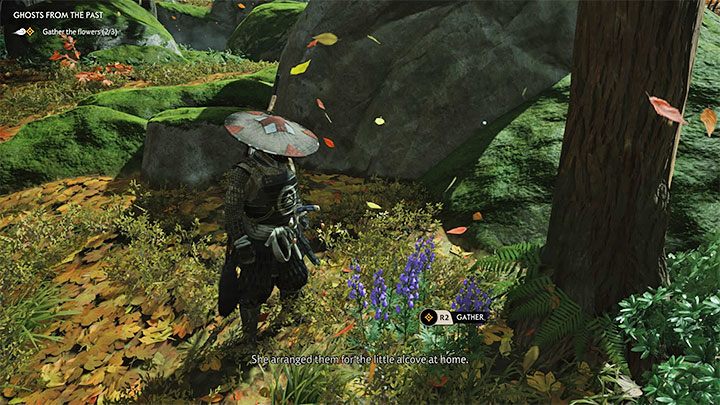 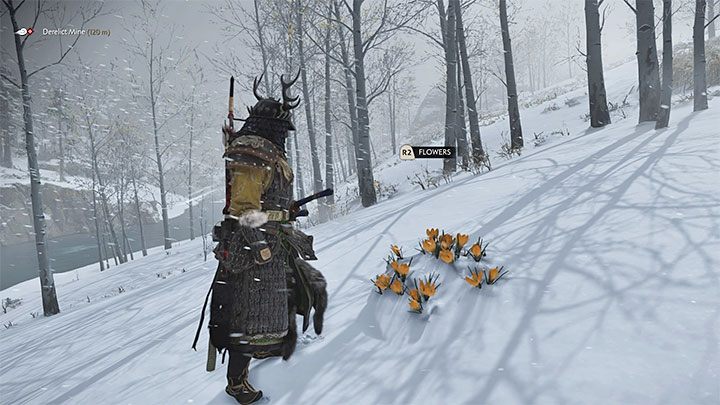 In both cases, Jin will automatically create darts if the proper flowers were picked. This is the only type of ammo that can be obtained by using crafting. Flowers grow in all regions of Tsushima, that is, not in the area where you acquired the Blowgun.