On this page of our trophy guide to Ghost of Tsushima you can find a detailed description of All in the Wrist trophy. This trophy can be earned by defeating the maximum number of enemies during a single standoff. Before you can unlock this trophy you need to meet some important requirements, which we have described below.

If you want to find out what standoffs are then check another section of our guide - Direct Combat - Samurai style. 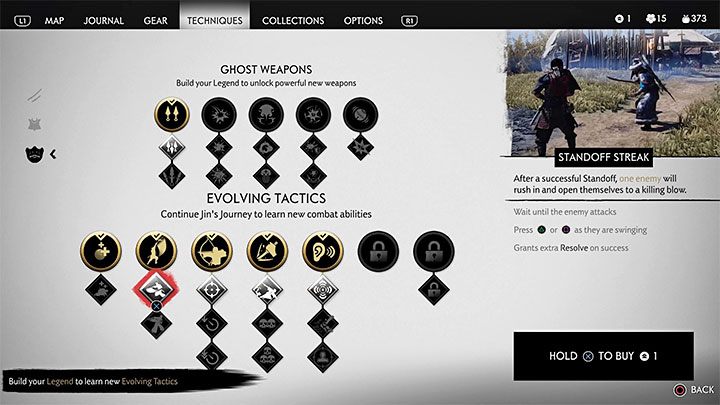 By default, Jin can only kill 1 enemy during a standoff. Ultimately, you'll have to make sure that the hero is able to eliminate 5 enemies in a single series of attacks.

Start by taking an interest in the Standoff Streak skill and the Improved Standoff Streak ability. Each of them increases the number of enemies that can be defeated during a single standoff by 1. After purchasing both abilities you will be able to kill up to 3 enemies. 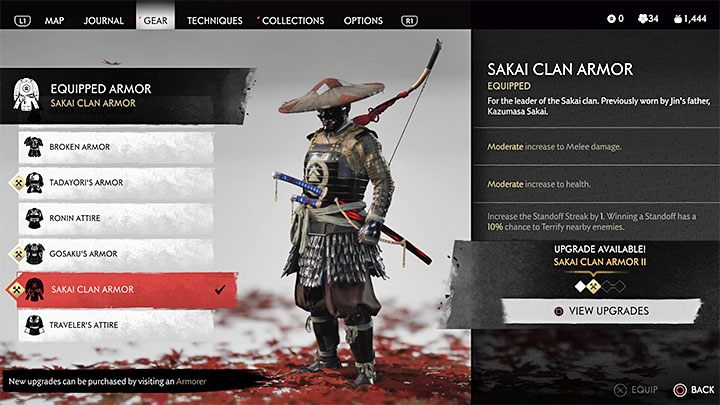 Advance enough in the main storyline to begin the Ghosts from the Past main quest. One of the prizes unlocked during this quest is the Sakai Clan Armor. It has a bonus that increases the number of attacks during a standoff by 1, but only as long as you use the armor. 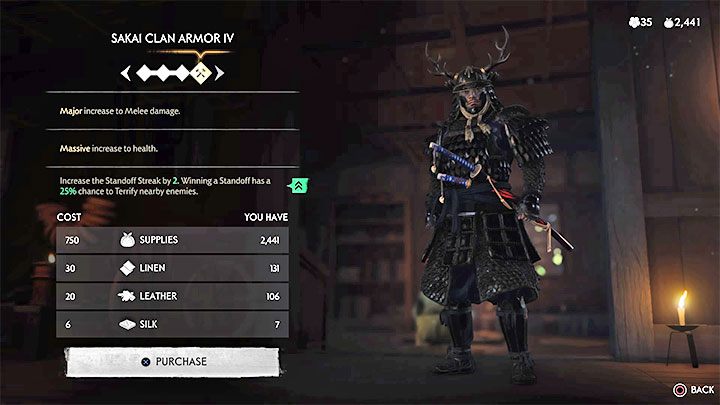 4 attacks are still not enough, but the Sakai Clan Armor can be upgraded. Purchase all the upgrades to enhance it to the maximum level. By doing so, it will offer a bonus of 2 additional attacks in one standoff. 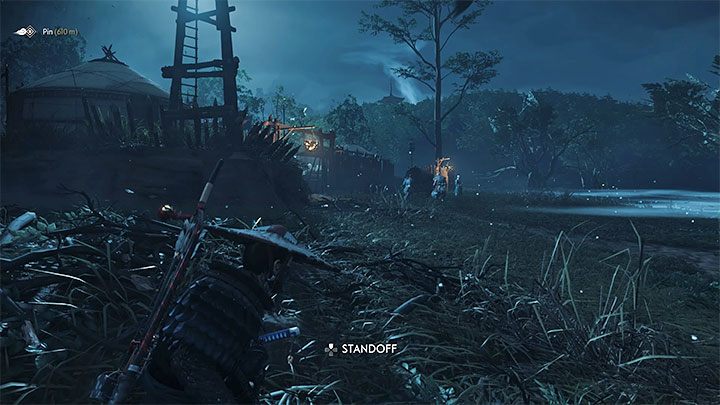 If you have met all the requirements described above, Jin should be able to kill up to 5 enemies in just one standoff:

Find any group consisting of at least 5 opponents and activate the standoff action (top directional button on the d-pad). 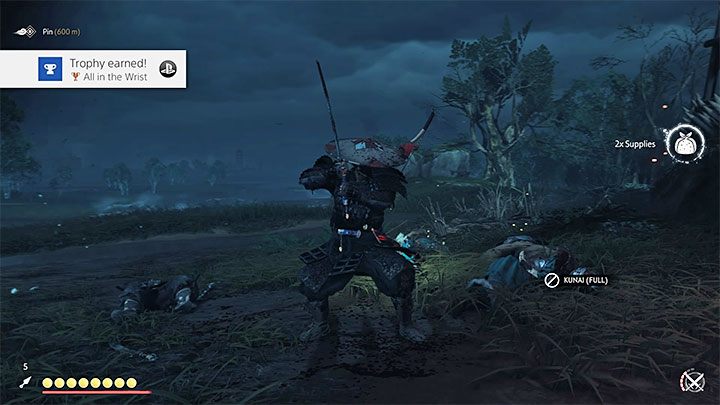 You have to perform all 5 attacks, namely: