On this page of our trophy guide to Ghost of Tsushima you may find a detailed description of the Witness Protection trophy. This trophy can be earned by using the bow to shoot a fleeing enemy. It's hard to cause terror among your enemies but we have prepared some hints about the most effective methods. 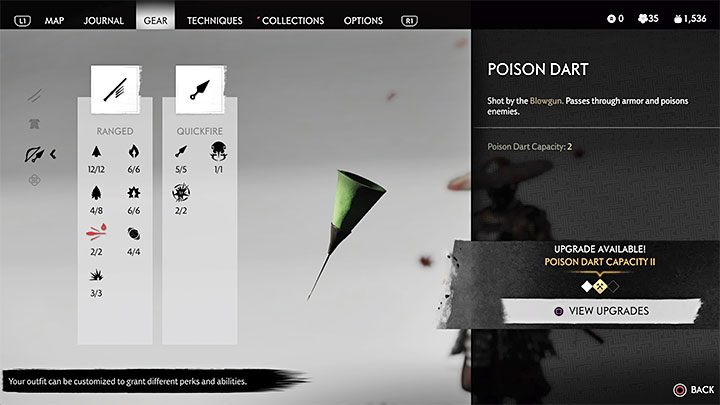 The best way to frighten and terrify your enemies is to use poison darts. This becomes possible only when you unlock a gadget called a blowgun and it takes place while playing the Ghosts from the Past main quest available in the second region of Tsushima. Poison Darts are available from the very beginning of the game. 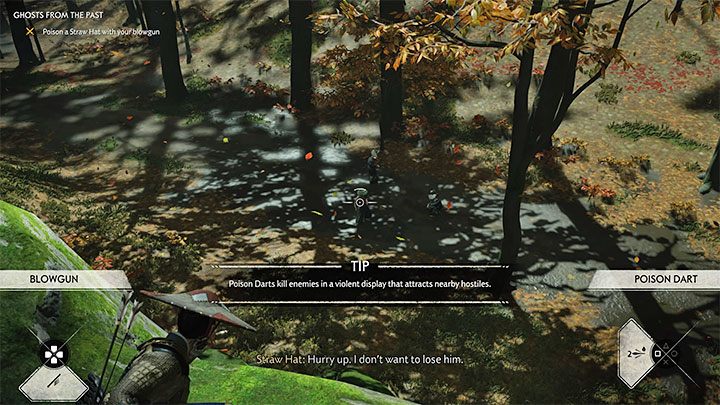 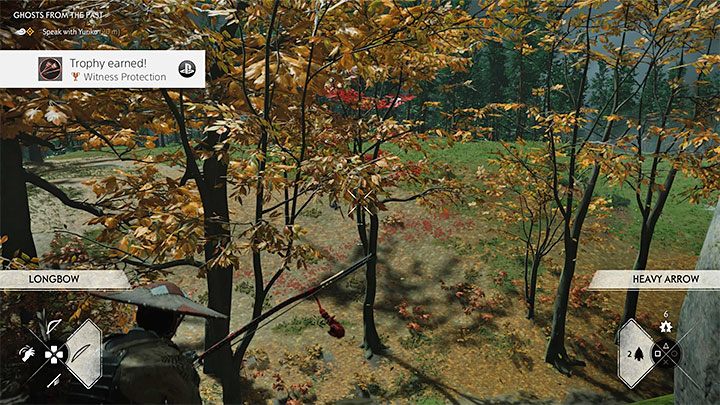 Use a poisoned dart on any group of encountered enemies, but remember that the arrow cannot penetrate the body of the heavily armored opponents. In the example from the pictures above we used a dart on enemies encountered just after unlocking the blowgun.

After a hit enemy starts dying in torment, there is a good chance that one of his comrades will flee. Quickly prepare a long bow and kill an escaping enemy. It's a good idea to have the Concentration ability, which allows you to slow down time in order to make a more precise shot at your enemy. 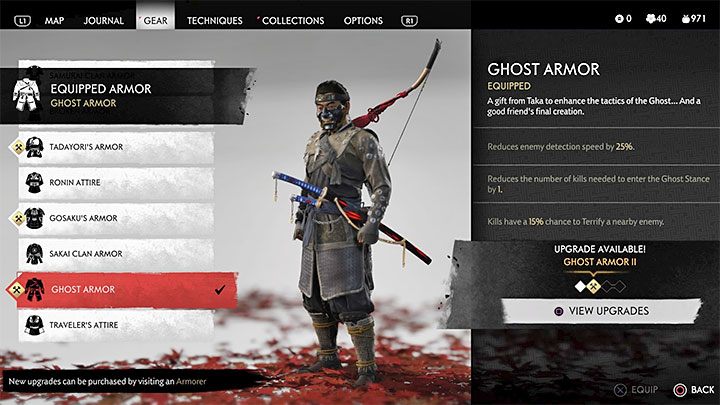 Another interesting idea that can be used to frighten enemies is the possibility of using the Ghost Armor. It has a 15% chance that killing an enemy may cause terror among other enemies. This factor can be increased by improving the armor. 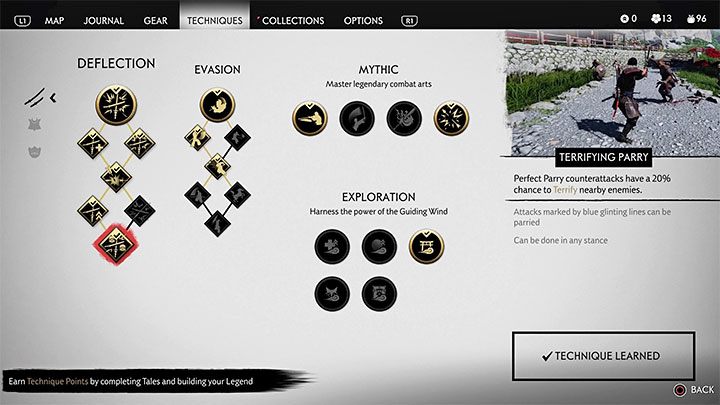 Yet another solution consists in unlocking the Terrifying Parry skill, which is unfortunately the last ability of the left skill tree. It gives you a 20% chance of causing terror among surrounding enemies after a properly executed perfect parry.

Regardless of the method you choose, remember that you only have to hit a terrified enemy once throughout the game. So it shouldn't be a very demanding trophy.