This guide page lists all the main endings of Ghost of Tsushima. Check out our walkthrough to find out when you decide on the ending, what are the available endings, and whether the choices made during the playthrough matter.

Note - For obvious reasons, this page contains big plot spoilers about the most important choices and events taking place during the campaign.

Are there any important choices? 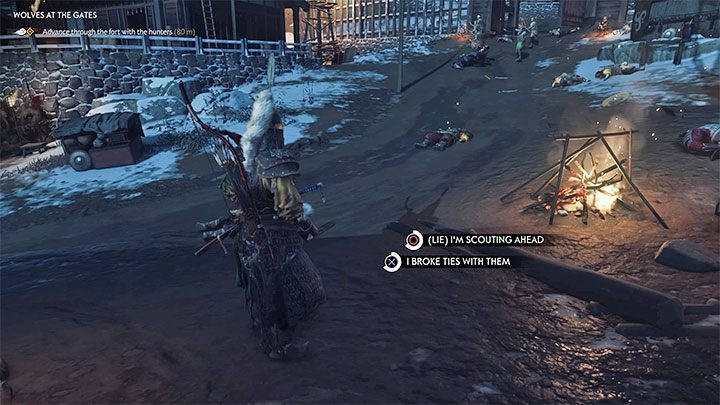 There are no "real" choices throughout almost the entire game. Various dialogue options may appear during certain encounters and journeys with important independent characters. However, they don't affect the gameplay. The only difference will be how the conversation goes.

Side quests don't affect the main plot. So, for example, you don't need to assist important allies in the optional quests associated with them. Even if you ignore these additional quests, you will still get their support in specific parts of the main plot.

The only important choice appears in the final quest - we have described it below. 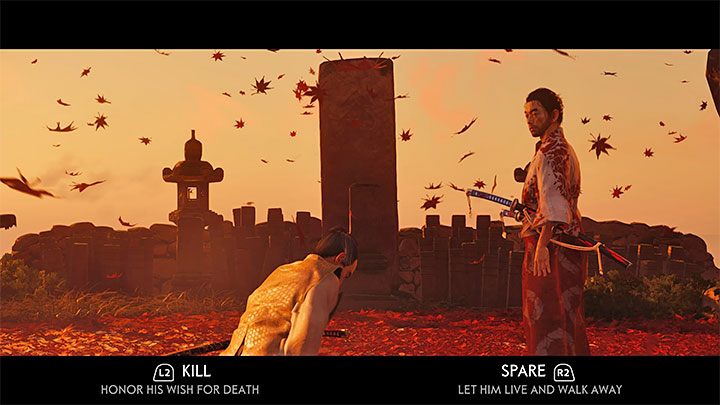 You choose the ending in the final quest main - The Tale of Lord Shimura. The endings aren't affected by the chosen dialog lines and completed optional quests.

You face the final boss, Lord Shimura, in The Tale of Lord Shimura quest. Jin must decide whether he kills his uncle or spares him.

Additional note: It is possible to see both endings during a single playthrough. Defeat Shimura and wait for the screen shown above. Pause the game and save the game manually. After watching the first ending, you can load the save and choose the other option. 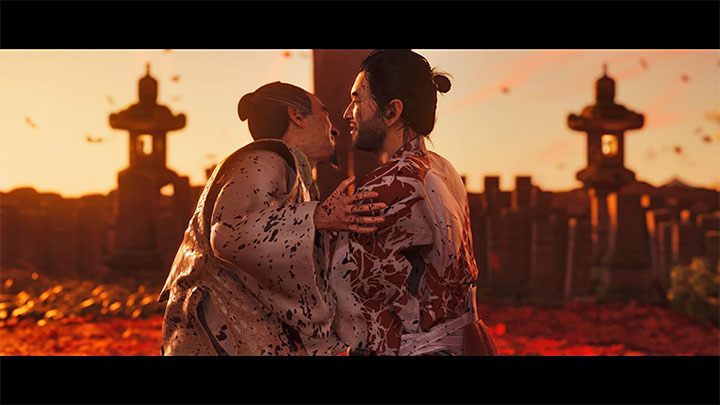 If you want to honor Shimura's wish by killing him after winning the duel, press L2 and then confirm this choice by pressing X. 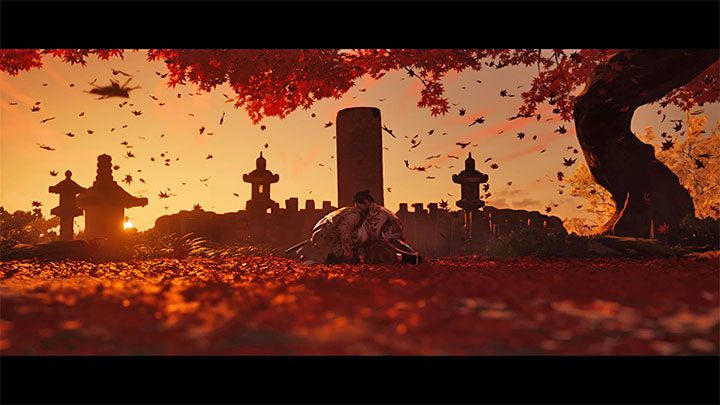 Jin uses a tanto to kill his uncle. 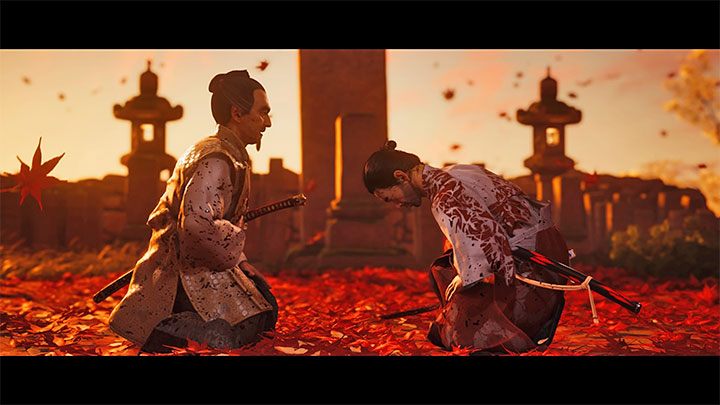 If you want to spare Shimura, press R2 and then confirm this choice by pressing X. 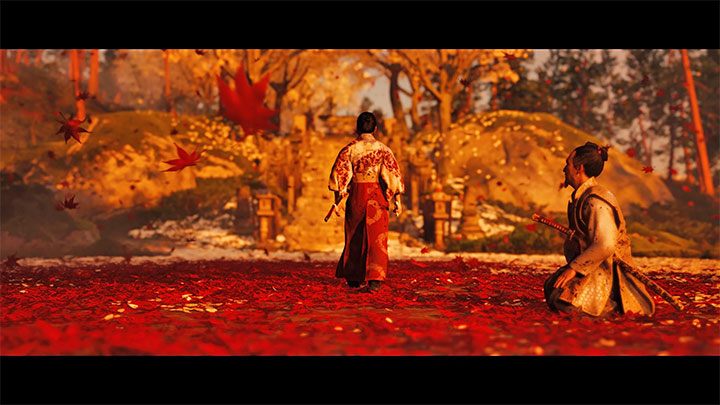 Jin is unable to take his uncle's life and leaves the arena. 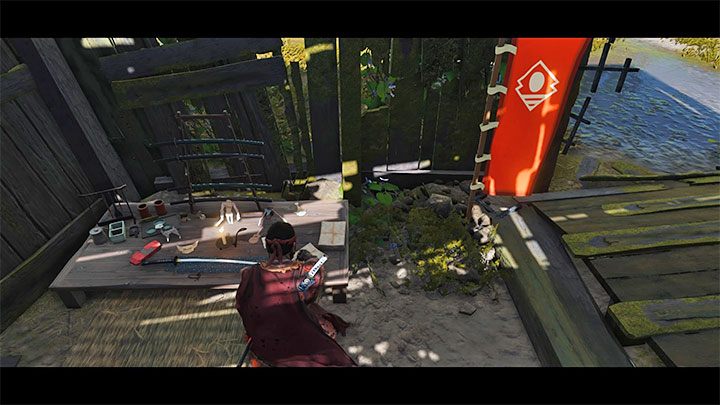 Regardless of the chosen ending, you will go into the endgame. You are able to explore the world after completing the main storyline. The game will not block any optional activities. You will be able to, e.g. finish remaining side quests, check out the question marks on the map, and find secrets.

Both endings unlock Mono No Aware trophy - you get it by finishing the main story. You get it regardless of the ending.

It is worth noting that the chosen ending will unlock one of the two color variants for the Ghost armor: