This page of our Ghost of Tsushima guide contains a detailed walkthrough for The Tale of Lord Shimura story quest. This is the final main mission. The main point of our walkthrough is to explain how to defeat the final boss. You will also learn about the important choices and the game's endings.

Head to the duel arena by Lake Omi 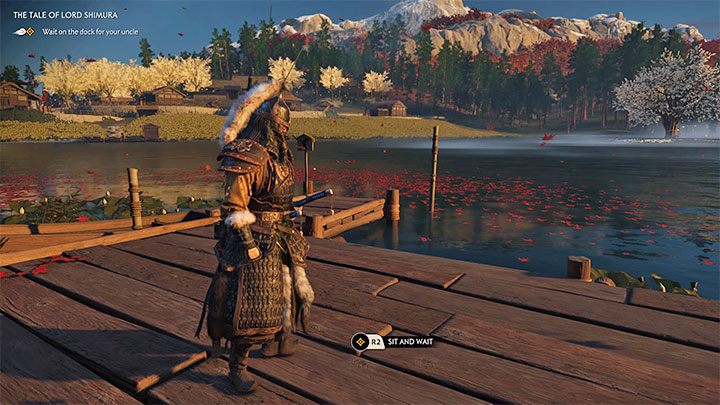 Go to Omi Village and then take a short ride to the old duel circle. You know this location from flashbacks -it is adjacent to Lake Omi. After reaching the destination, find a place where Jin can sit and wait for Lord Shimura to arrive. 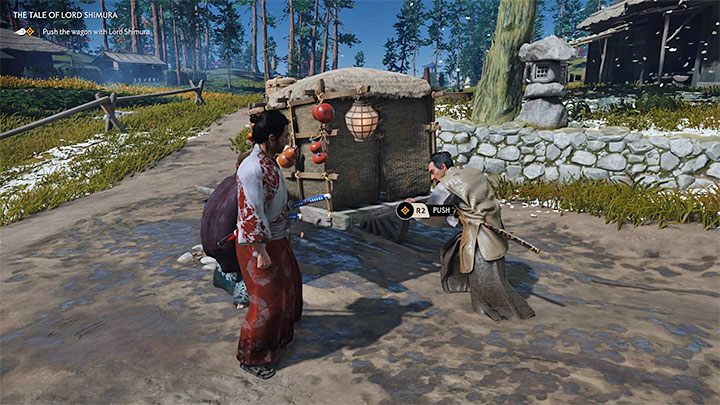 You have probably noticed that Jin has changed his outfit - this is part of the story. You are also unable to use gadgets and other weapons except for the katana throughout the entire quest. Get on your horse and start the journey with Lord Shimura.

You will encounter a villager along the way. Interact with the wagon to help push it - hold R2 and then keep pressing X. 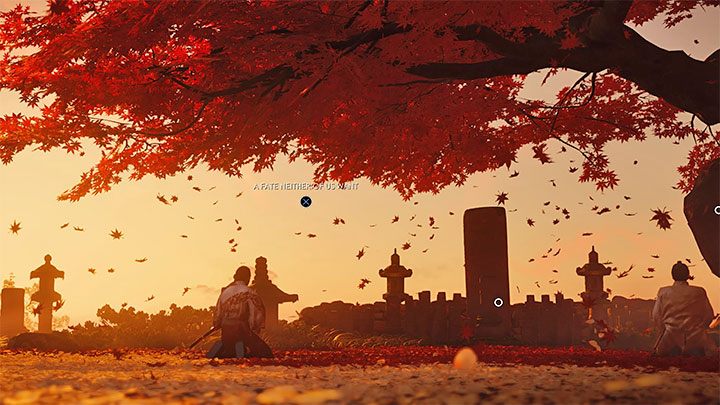 Resume the journey - this time the destination will be the Sakai family cemetery. You have to compose haiku - choose interactive areas from your surroundings to form different parts of the poem. Your choices aren't important. Jin will simply read the poem.

Time for an honorable duel with the final boss, Lord Shimura. 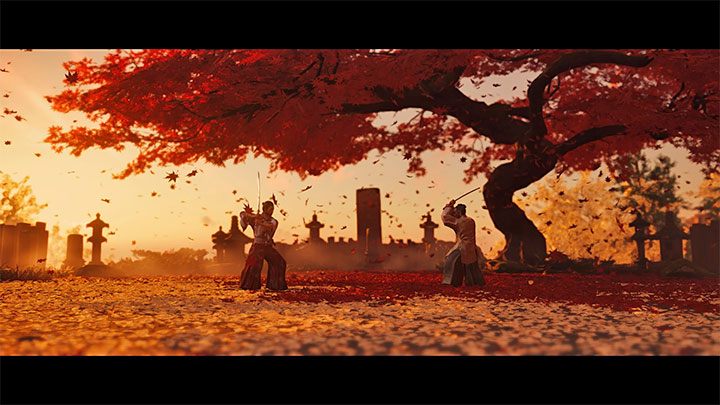 You can fight Lord Shimura only with your katana. Remember that you can use all your combat techniques. However, you can't use any gadgets or ranged weapons.

Lord Shimura is the best katana user among all the bosses you have faced so far. Despite that, this fight won't be extremely challenging.

Regular katana attacks performed by Shimura are the easiest to parry/dodge. Unfortunately, he uses them rarely. 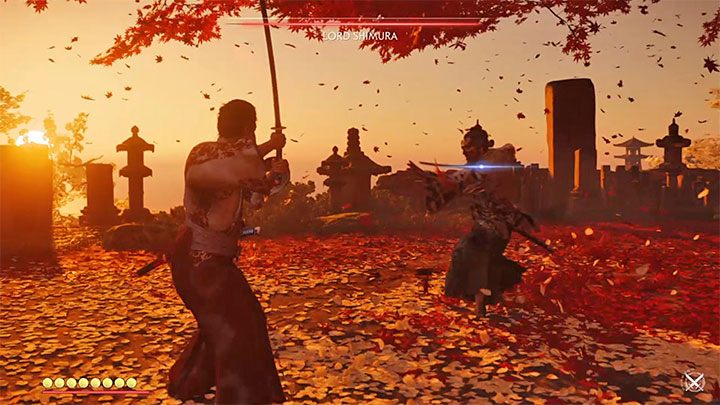 The boss also uses single blue attacks such as katana stab. Remember, you can parry blue attacks only when you have purchased the Unyielding Sword Parry skill. Otherwise, you will have to avoid them. 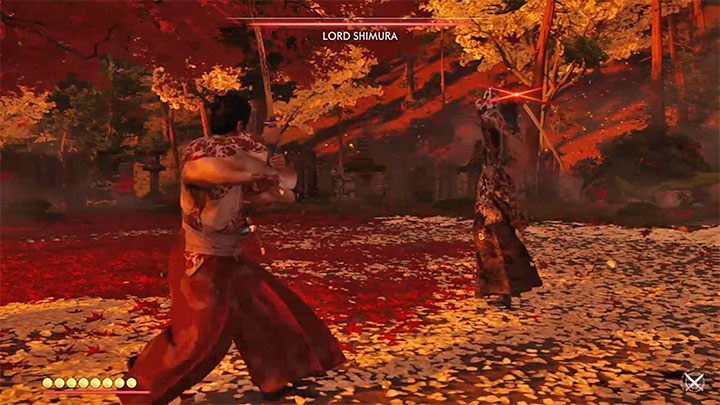 The biggest threat, of course, is Lord Shimura's red attacks. You have to dodge them or avoid by rolling. 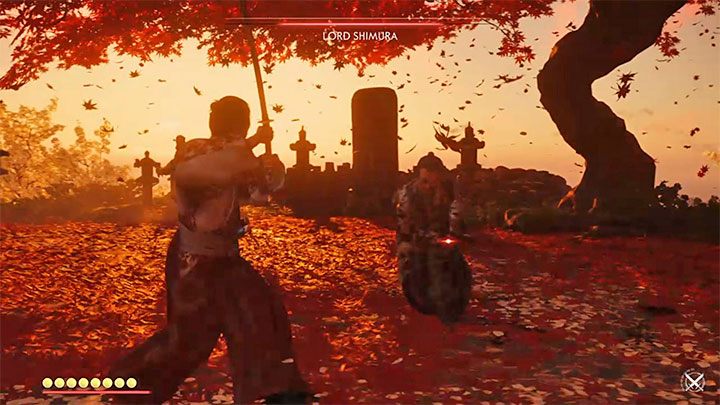 The boss's combos can cause the most problems. Lord Shimura primarily uses two combinations: 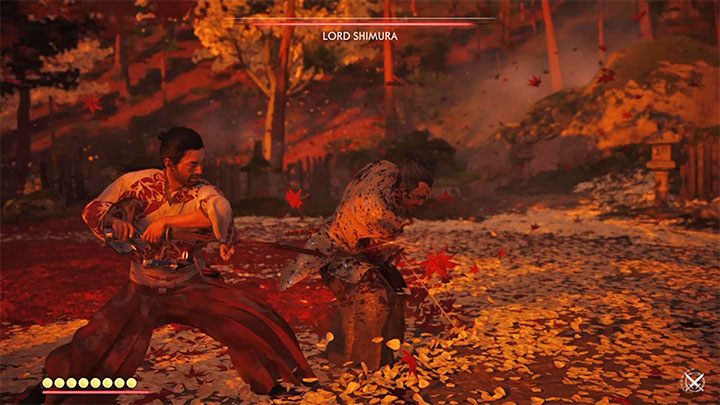 Remember, you activate perfect parry by pressing L1 at the last moment, and perfect dodges by pressing the Circle right before the attack hits you. Both of these mechanics require you to own the right techniques.

Perfect parry or perfect dodge will trigger slow-motion for a brief moment. This will help you go into offensive and deplete a lot of Shimura's health points. This will make the fight shorter. 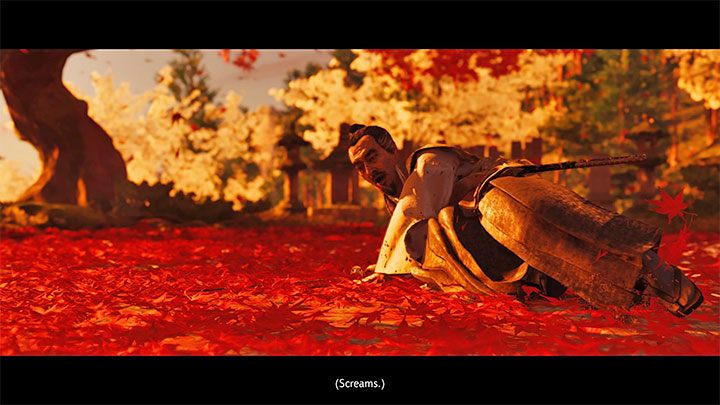 The duel with Shimura ends when you deplete all of his health points. You will now have to decide about the fate of the protagonist's uncle. 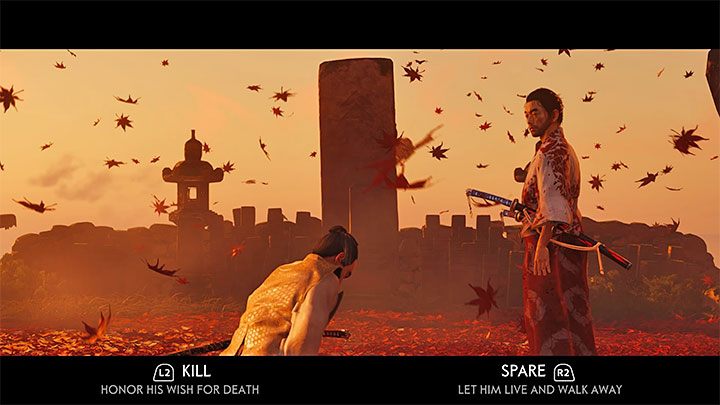 Can I keep playing after completing the main storyline? 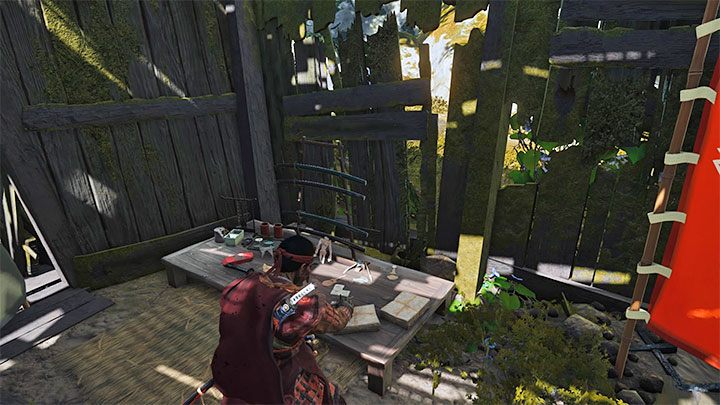 Yes, you can play Ghost of Tsushima after completing all the main missions, regardless of your decision regarding Shimura.

When the end credits are over, the action moves to Jin's new refuge in Omi Monastery. Listen to the conversation with Yuna and you will be able to continue free travel around Tsushima. You can deal with remaining side quests, or to find new secrets and locations.