This page of our Ghost of Tsushima guide contains a detailed walkthrough for A Reckoning in Blood story quest. The most important part of this quest takes place in Koyasan Fort. You will learn, e.g. how to infiltrate the fort, how to reach the inner courtyard, how to recover Jin's equipment, and how to win a big battle with Yuna against the Mongols. 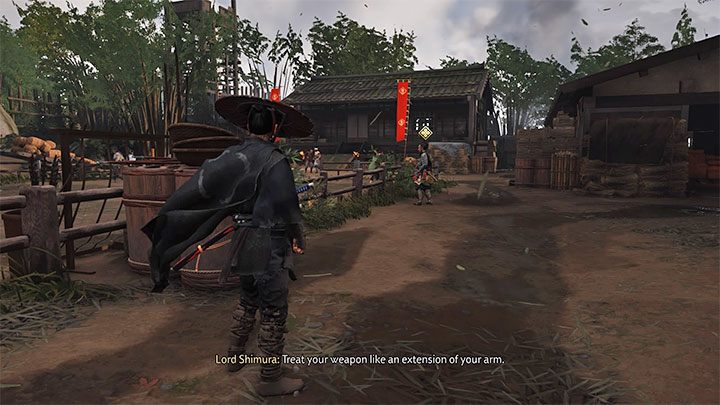 You can start this quest after completing all previous major quests from the Toyotama region.

You must reach Lord Shimura's Camp. Meet with Shimura himself. Yuna then leaves the camp and travels to Koyasan Fort located in the northern part of the region. 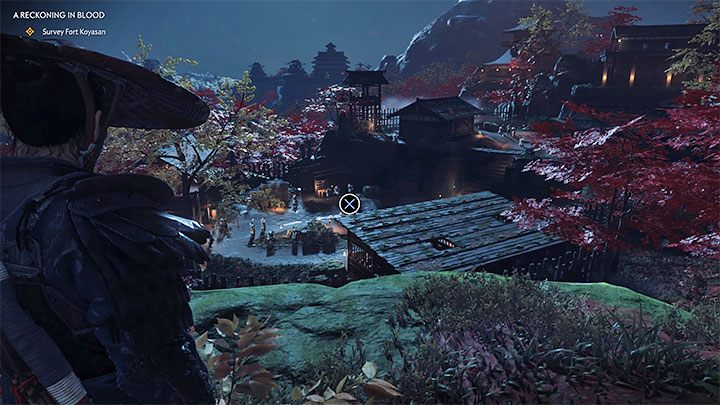 You have to reach the hill adjacent to Koyasan Fort, locate the interactive area and do a reconnaissance. You only have to look at the Mongols on the main courtyard.

Taka appears at the same place - he wants to help Jin draw a large number of enemies away from the fort. 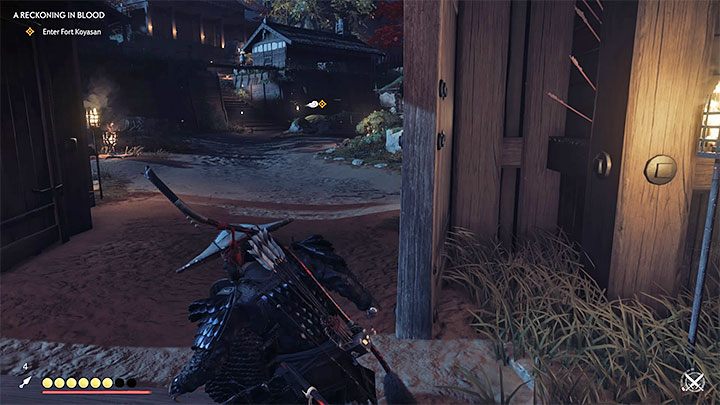 Before you head towards the fort, wait a few seconds for a large group of enemies to start chasing Taka.

You can enter the fort through the main gate, the one through which the opponents chasing Taka ran. This entrance is now unguarded.

Get to the upper gate 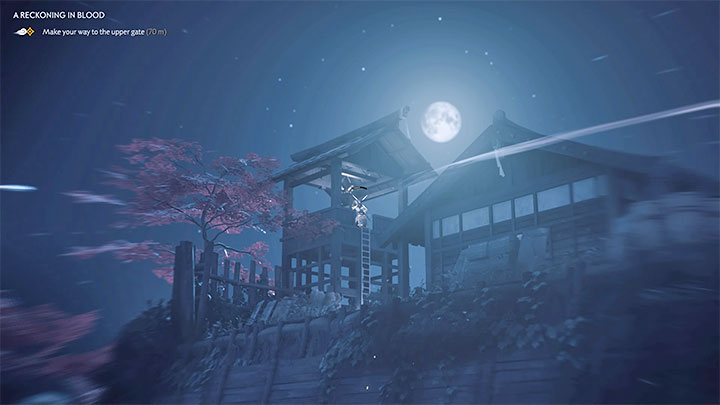 Reach the upper gate by using the staircase visible in the distance. Remember that the fort is still guarded by a few enemies. You can eliminate them quietly or engage in direct confrontations. If you choose the first option, you can, for example, lure them out with wind chimes and use a longbow to eliminate at least one archer located above.

After fighting, head for the hill that will lead you to the interactive gate. 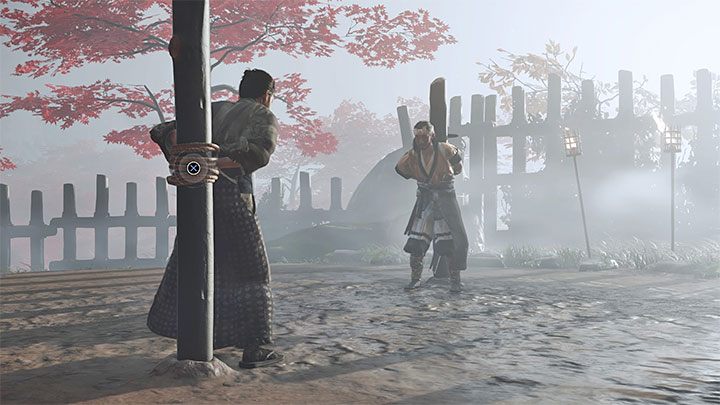 After watching two cut-scenes, you will have to try to free yourself - do this by pressing the X button repeatedly. The second attempt (done after watching the next cut-scenes) will be successful.

Get your gear back 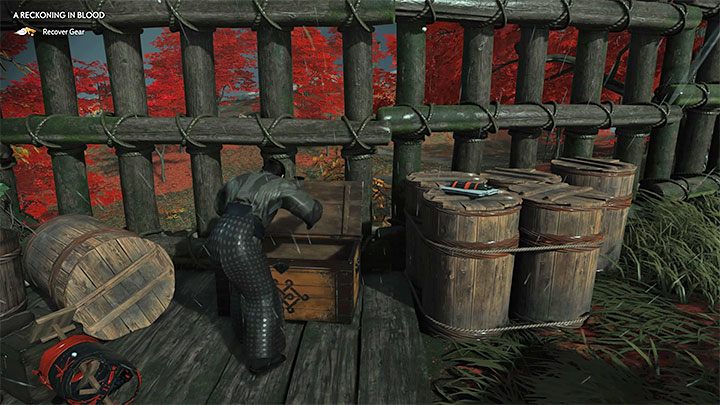 This is a very simple objective - all of Jin's equipment is stored in the box presented in the image above. This container is located right next to where the main character was imprisoned. You won't lose any items you had before you got captured. 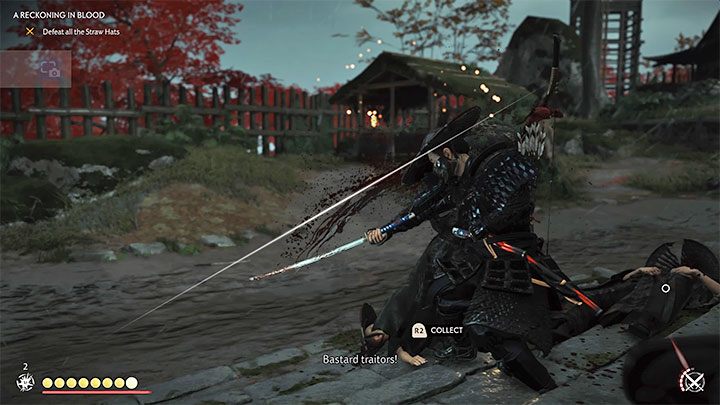 After winning the battle, move towards the gate and leave the inner courtyard. Yuna shows up. 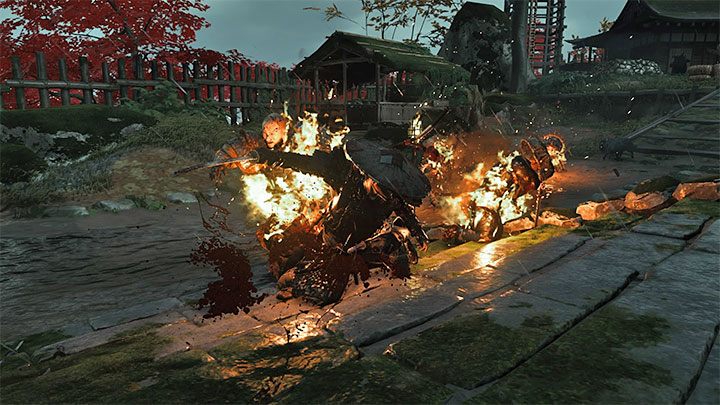 Start by following Yuna to the place where Jin was tortured. This will trigger a cut-scene.

Prepare for the final battle of this mission. The Mongols will begin to appear on the courtyard. Since the opponents reach the courtyard through the same gate, you can start the battle by using bombs or flaming/explosive arrows. This will allow you to weaken or kill a few enemies right away. 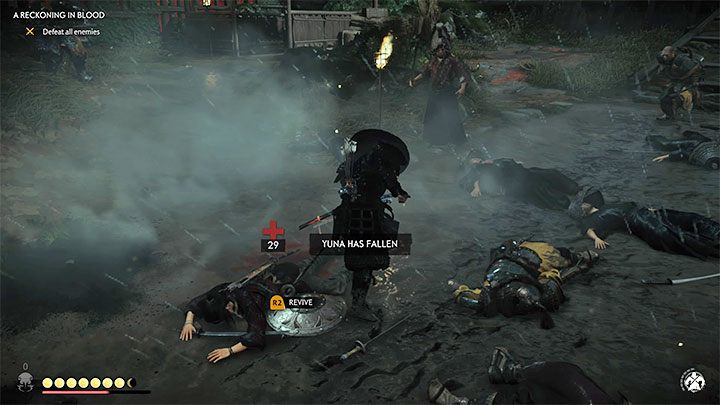 Remember to match the stance to the types of opponents, especially the Brutes - defeat them using the Moon stance. You should also deal quickly with the archers.

Yuna can be knocked down by enemies and start to bleed out - this will happen if she receives too much damage in a short time. Quickly kill nearby enemies or use a smoke bomb to reach Yuna and help her before she dies. Win the battle and then watch the final cut-scene.