This page of our Ghost of Tsushima guide contains a detailed walkthrough for A Message in Fire story quest. It is a longer mission consisting of a number of battles In our solution, we tell you where to find Umugi Bay, how to get to Fort Mitodake, how to avoid the bombardment, and how to sink Mongol ships while Goro escapes. 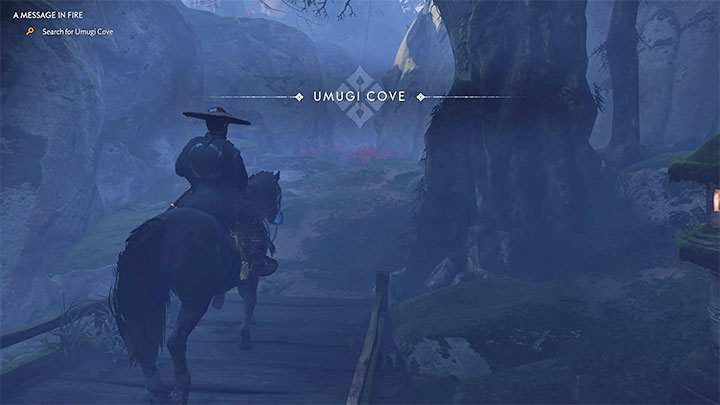 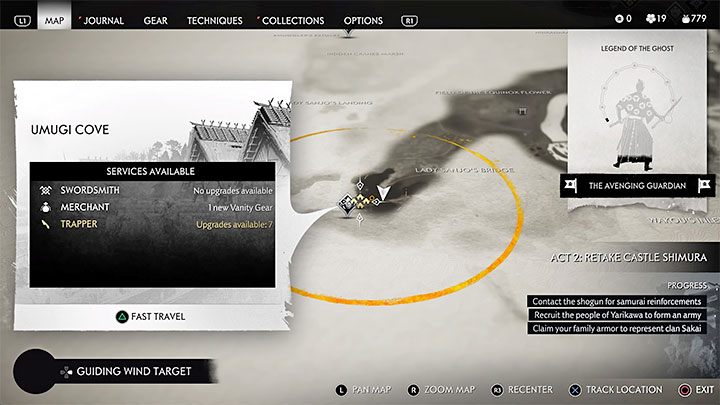 The first part of this quest involves going to the southern part of Umugi Prefecture and finding Umugi Cove in an area marked by a yellow circle. The task is very simple - Stay on the main path leading to the central part of the marked area. 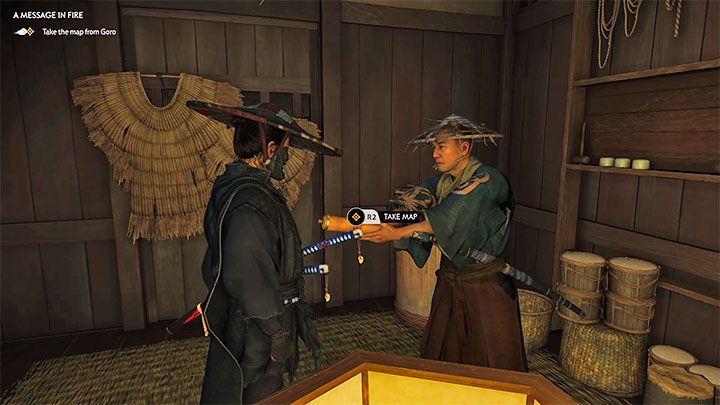 After reaching Umugi Bay, Jin is stopped by one of the guards, but does not have to fear any fighting as it is an allied location. Follow the Sentry to the rendezvous point with Mrs. Sanjo.

After listening to the conversation, go down to the lower floor of the building and talk to Goro. Follow him to his cabin and pick up a map from him - Goro's Map. After receiving the map, leave the building to chase the ronins looking for Goro away. 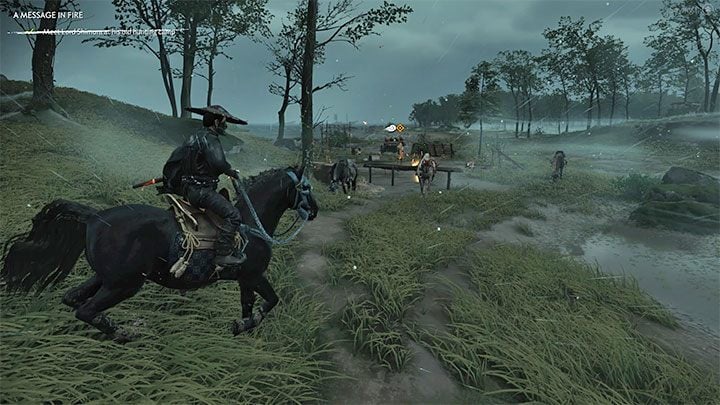 You can already leave Umugi Bay (by the same route you came or by using fast travel). The hunting camp is on the eastern edge of the region. Upon reaching it, talk to Lord Shimura, jump on your horse, and follow Shimura to his planned meeting place with Goro. 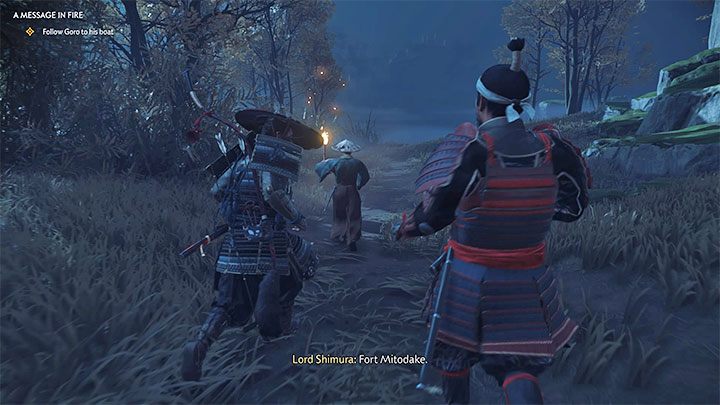 Goro will be waiting at the scheduled location. Get off your horse and head to his boat first.

After discussing the action plan and updating the mission's objectives, begin following Lord Shimura, who this time proceeds towards the road leading to Fort Mitodake. 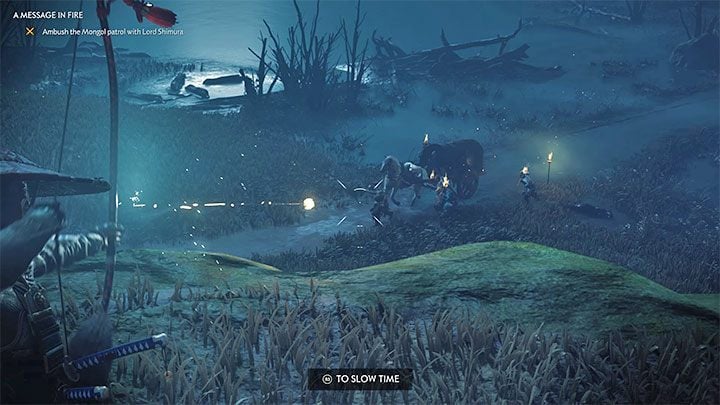 You and Shimura will reach a small hill adjacent to the road. To surprise a patrol, use a bow (you will find a supply of arrows in the area). If you can, use flaming or explosive arrows. This may allow you to get rid of a few Mongols during the initial strike.

You can continue firing from the hill or descend from it to fight the opponents using your katana. 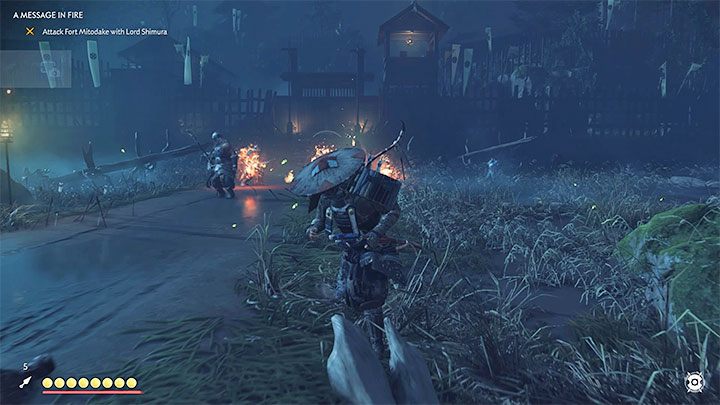 Sooner or later, you have to get down the hill and head for the Fort. During further battles, watch out for strong, "elite" enemies. To get rid of them easily, use kunais, bombs, or Moon Stance.

After winning the battle in front of the Fort, walk to the large gate. It is not barricaded, so you can open it and enter the Fort. 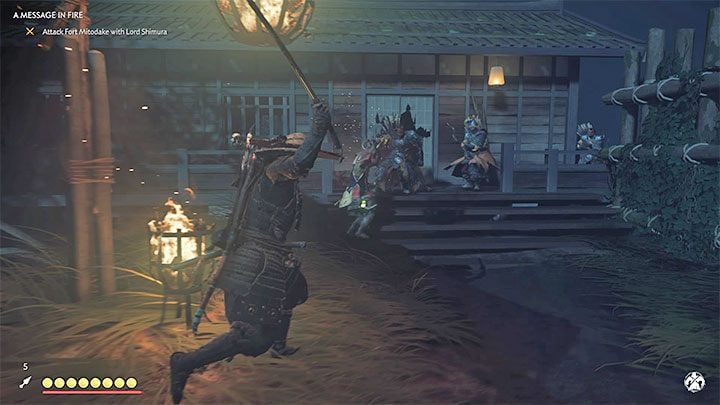 Watch out for the archers who appear on the balconies to the left. Don't attack them from your current location, just reach the next gate with Shimura.

Getting through the fort will take a little while. As with previous fights, you don't have to protect Lord Shimura. Focus on keeping your hero alive and avoid attacks from stronger enemies (including defense dogs). Along the way, you'll pass the balconies where the archers were stationed, and you can deal with them now. 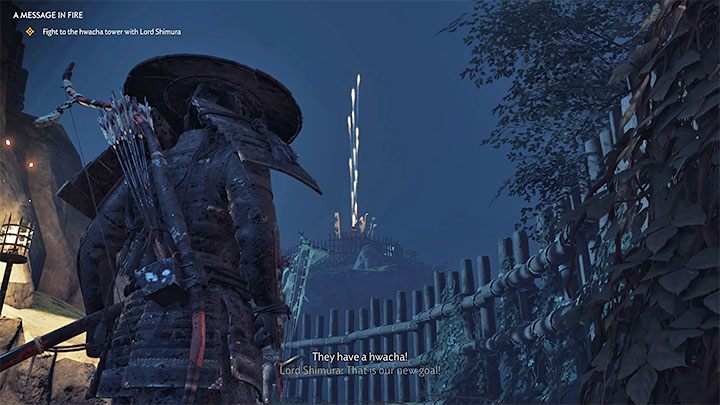 A short cut-scene show the Mongols operating the hwacha launcher. Opponents from the tower will use it to target and attack the heroes, including your character.

Since you can't initially stop the bombing, you have to seriously change your combat tactics. When attacking new opponents, engage them with 1-2 hits and then relocate. Don't stop anywhere long enough in order to not be targeted and hit. Be prepared to heal the hero if necessary and perform rolls to extinguish the fires if struck. 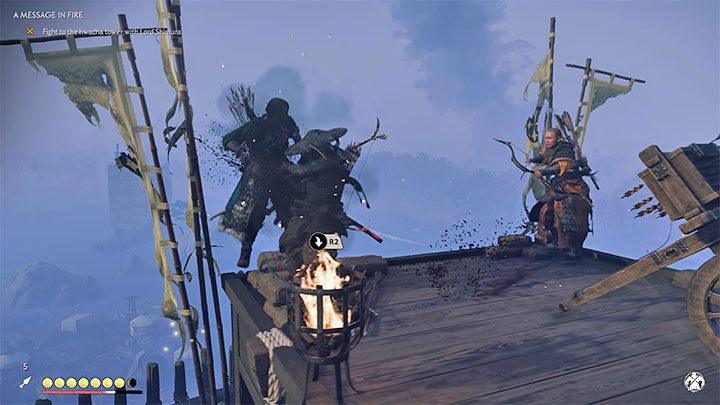 Follow a linear path towards the hwacha tower. After noticing the tower in the distance, don't stop, just head towards it. Climb the ladder up and confront the two Mongols who were responsible for firing the hwacha. Fortunately, they are archers, so they should die very quickly in close combat. 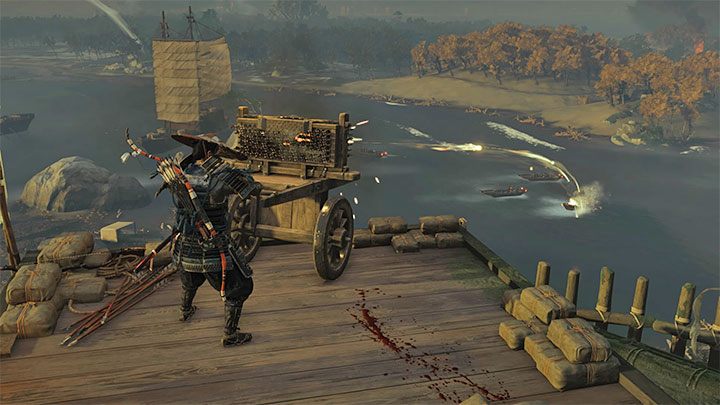 Now for the most enjoyable part of the mission - you'll use the hwacha to fire at Mongolian targets.

Start by firing at small ships and enemies standing on the shore. In the case of moving targets, take a slight adjustment when aiming because it will be a while before the shots reach the target. 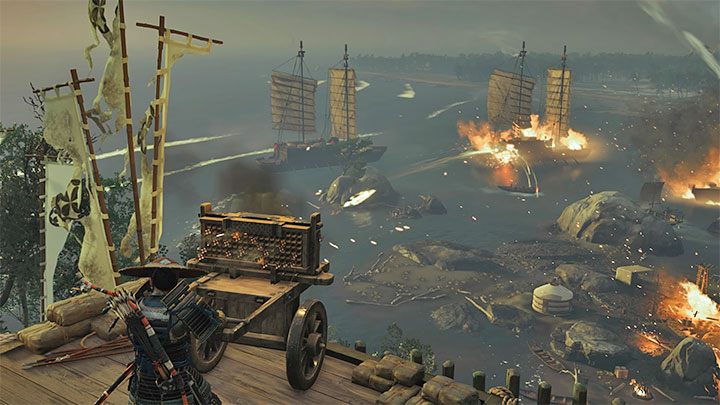