This page of our Ghost of Tsushima guide contains a detailed walkthrough for A New Horizon story quest. This mission consists of several major battles. In our walkthrough we included information on how to get to Fort Ito, how to get rid of all the Mongols from the fort and its surroundings, and how to light a lighthouse at the Fort. 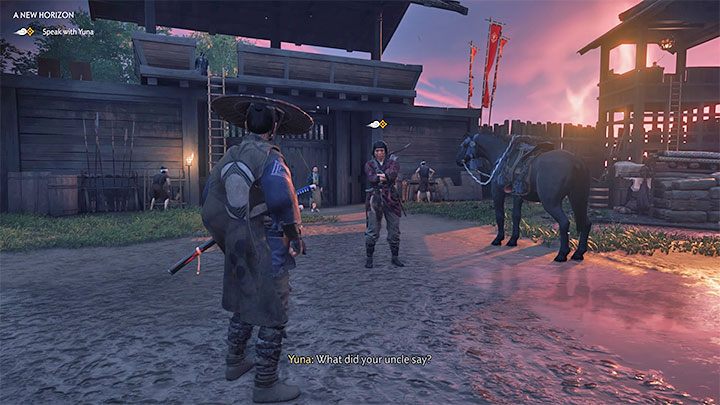 This task begins automatically after completing Shadow of the Samurai, and serves as a kind of introduction to the second region of the world map - Toyotama. After watching the cut scenes, you and Yuna head towards the fortress. When you get there, talk to Lord Shimura.

Before you leave the stronghold, you can talk to your allies - Ishikawa, Kenji, Taka and Masako. You will also find traders in the stronghold. After resupplying, go to your horse. Talk to Yuna and jump on the horse. 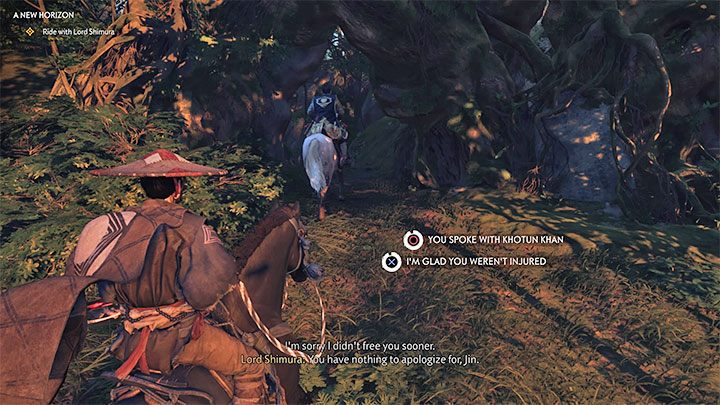 Follow Lord Shimura. Dialogue options will appear throughout the ride, but again they do not play a significant role.

Ultimately, you have to reach an open space next to burning buildings. Shimura notices a Mongol patrol in the distance and decides to attack them.

Clear the way to the lighthouse 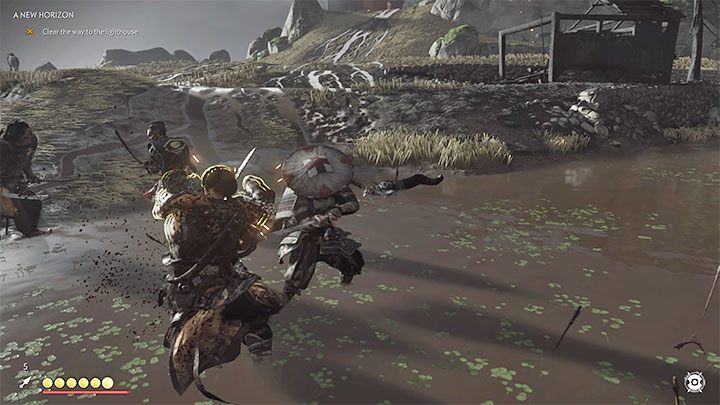 You can start attacking enemies from horseback, although nothing bad will happen if you willingly jump off it or if you are thrown off it after someone hits your horse. 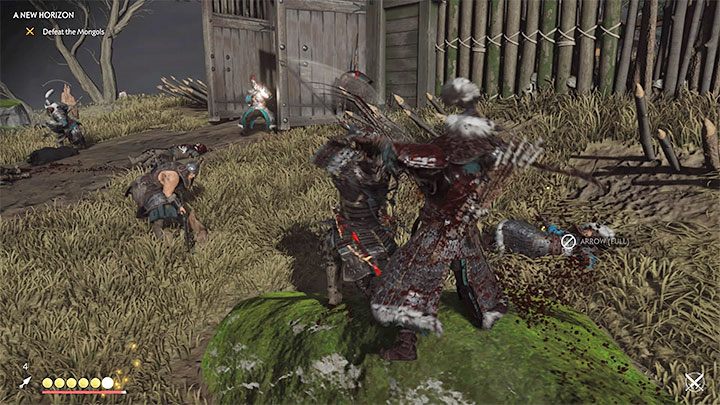 After dealing with the opponents, return to the horse and travel with Lord Shimura to the Mongol-occupied Fort Ito.

Start engaging opponents next to the main gate and those that appear in the area after the fight begins. You don't have to protect Lord Shimura - he'll handle himself just fine. During the fighting, watch out m.in. new defense dogs that can easily bite Jin if their red attack is successful. 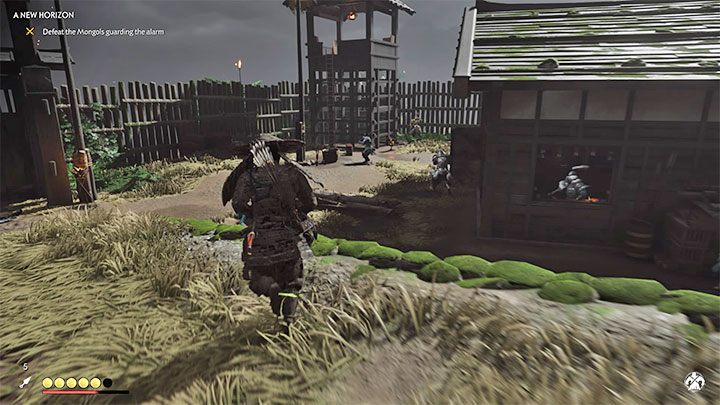 Enter through the main gate of Fort Ito. Move towards the location with an alarm and start attacking any opponents in the vicinity.

You'll encounter stronger opponents (so-called brutes) and if you've already unlocked the Moon Stance, use it to fight them. Fortunately, kunais are also effective, you can use them to expose your enemies to Katana attacks. 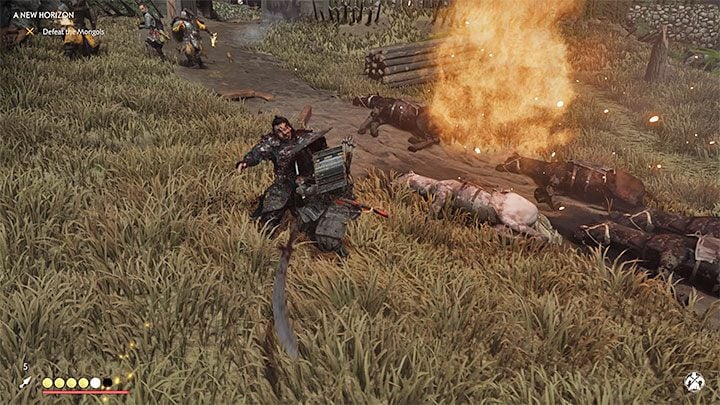 After disposing of the enemies occupying the fort, retreat to the Fort Ito entrance gate. You have to deal with the Mongol reinforcements that arrived at the Fort. During this battle, watch out for yellow adversaries who can plant bombs - move quickly away from the blast zone. 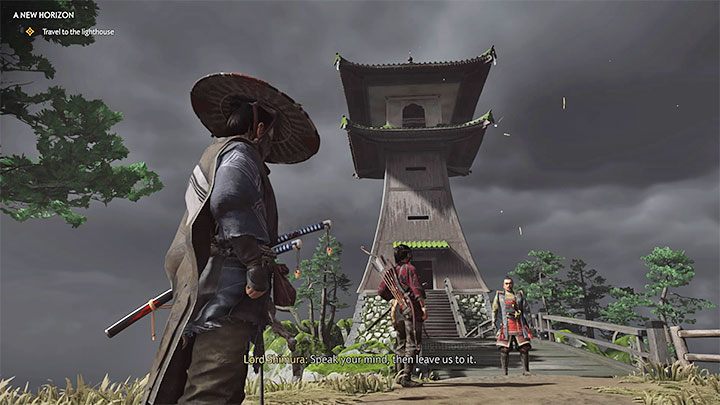 The Akashima Lighthouse is adjacent to the Fort. Approach the location and listen to the conversation. Enter the lighthouse and reach the top of it. Start a fire at the lighthouse.

After returning downstairs, listen to conversations with a peasant girl and Norio the monk. Follow Norio to the north gate. The quest ends after reaching the gate.

Rewards for completing the mission: Legend Increase (xp), A Message in Fire story quest, The Walls of Yarikawa story quest, Ghosts from the Past story quest, additional side quests in Toyotama region unlocked.