This page of our Ghost of Tsushima guide has a detailed walkthrough for The Tale of Lady Masako main quest. Our walkthrough has information on where to find Lady Masako, how to get samurai armor, how to track Sogen correctly, and where to find the most important trace in the inn. 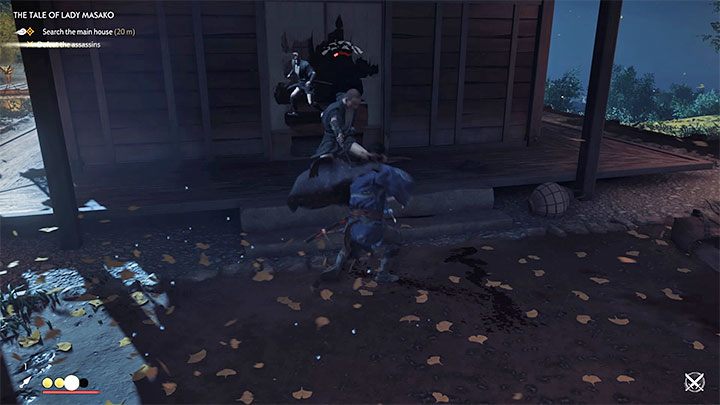 You can do this mission after completing The Warrior's Code and The Tale of Sensei Ishikawa main quests. To start it you must reach Adachi Estate.

You have to examine the main estate and the guest house - enemies will jump out of the latter. 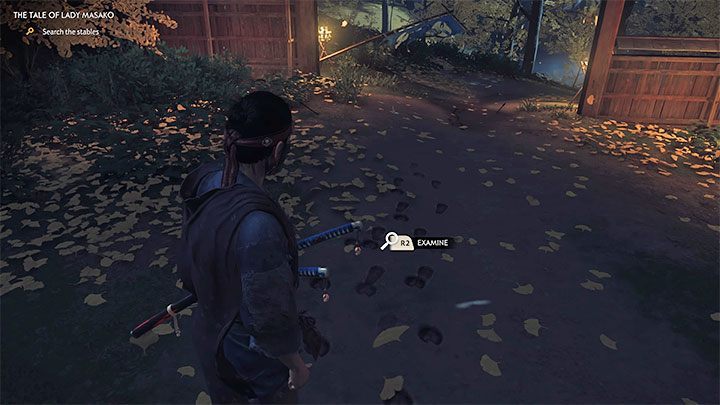 Examine the corpses of the defeated assassins, then head to the stables. Locate the footprints and start following them. They lead you to a dead horse in the woods. After a while, you will meet Lady Masako. 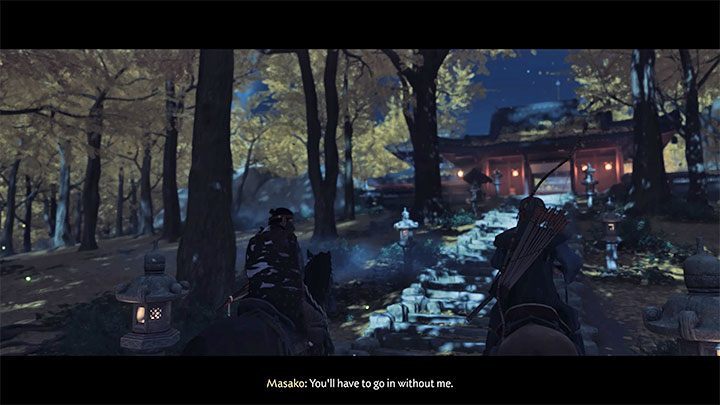 After regaining control of Jin, get on your horse. Reach the place where the fallen are buried and hold the R2 to bow.

Get back on the horse. Your choice of the dialog option during the ride isn't important. The destination is the Golden Temple.

Talk to the monk 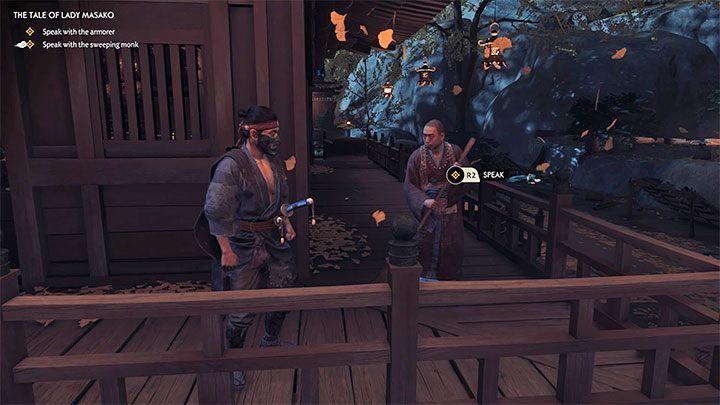 After entering the Golden Temple, talk to one of the NPCs to find out the whereabouts of monk Sogen. You have to meet with him.

Talk to the armourer 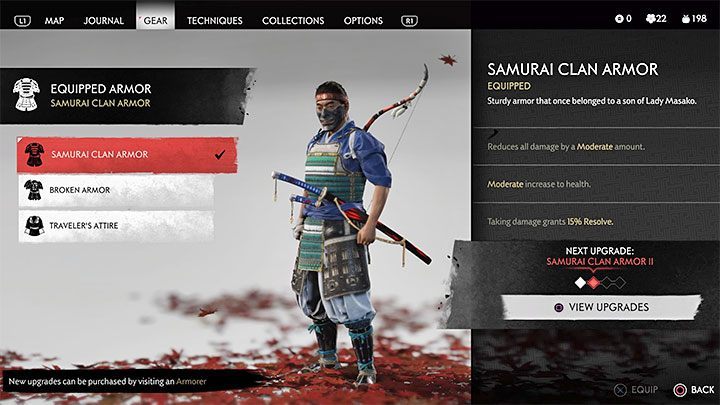 The armourer is in the Golden Temple. You will receive a free Samurai Clan Armor from the trader. This armor is great for direct combat. It's worth putting it on if you know that a direct confrontation is inevitable, or just after you start a larger battle (the game doesn't block you from doing this). 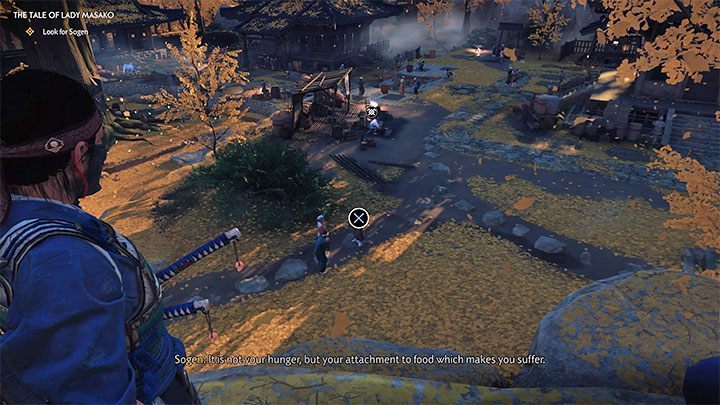 Find Lady Masako, talk to her, and follow to a nearby vantage point. You need to locate Sogen, the monk you recently spoke to - he will be standing on the path at the bottom of the screen. 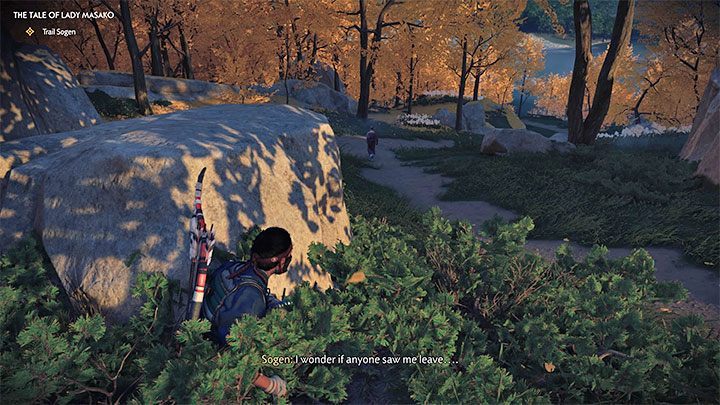 The most important information is that you can fail the mission if you are spotted by Sogen. Remember the following things: 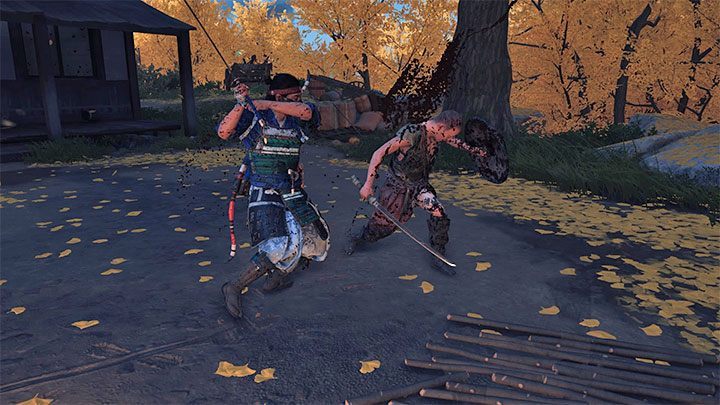 Sogen leads Jin and Lady Masako to a hostile camp near the inn. Stand next to the bushes marked by the game to eavesdrop on the conversation.

You will be forced into a direct battle. Start with a stand-off (release the Triangle when the bandit attacks) and then proceed to fight the remaining enemies. Watch out for archers. If you already have unlocked the water stance, use it when attacking opponents with shields. By pressing the Triangle, you can expose these enemies to further attacks. 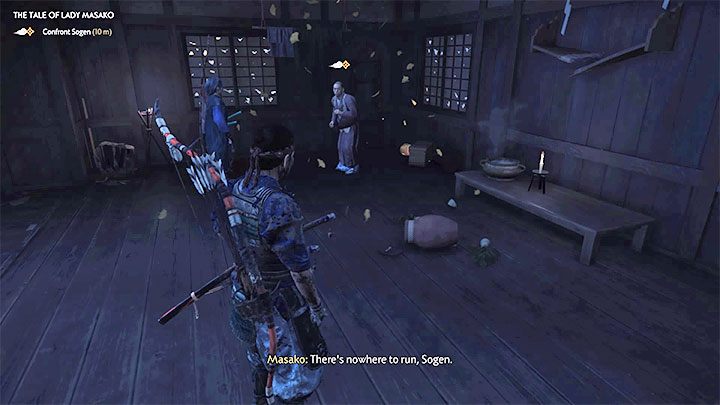 The final part of the mission is very simple. Enter the abandoned inn and use a ladder to get to the floor. Walk up to Sogen and watch the cut-scene. 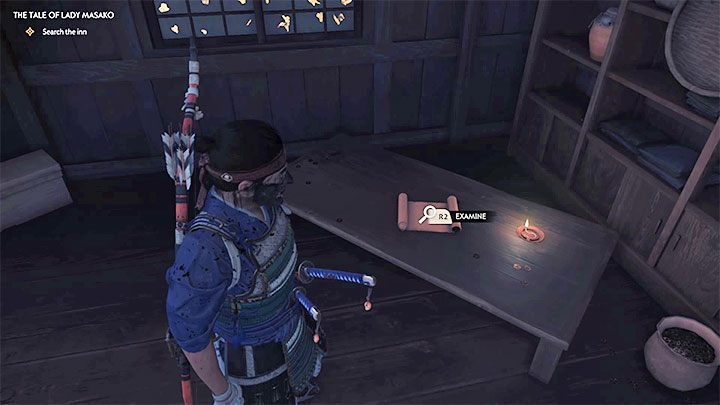 There are 4 objects in the inn that can be examined, the most important of which is the scroll from the above picture - List of Conspirators. Show the scroll to Lady Masako to complete the quest.