This page of our Ghost of Tsushima guide has a detailed walkthrough for The Warrior's Code main quest. This quest unlocks stealth attacks. From our guide you will learn how to scout a Mongol camp, how to sneak into an enemy fort, how to eliminate Mongols quietly and where Taka is imprisoned. 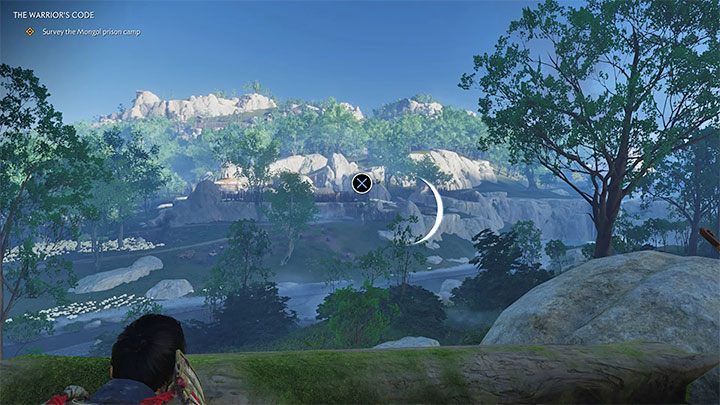 This is one of the 2 main quests you can do after completing the prologue. You have to meet Yuna near the fishing village. Get on your horse and reach a vantage point adjacent to the prison camp.

Stand in the place marked by the game and press R2 to start the reconnaissance. You have to move the left analog stick at the semi-circles to explore interactive areas. Press X and listen to the commentary.

Find a hole by the gate of the fort 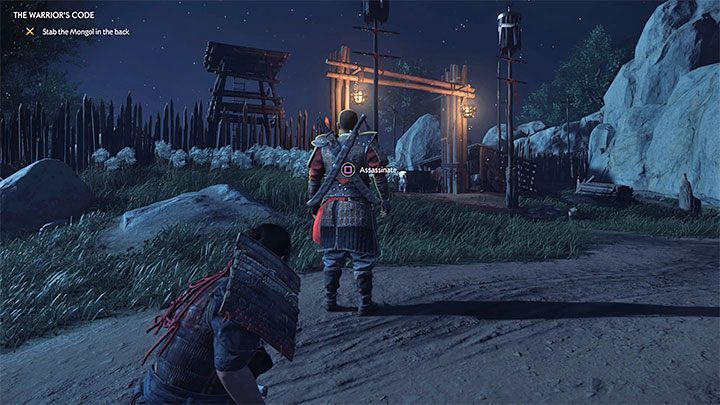 After nightfall, head towards the enemy fort. Squeeze through a hole in the fence. Sneak at the first Mongol and press the Square to execute a stealth attack on him. 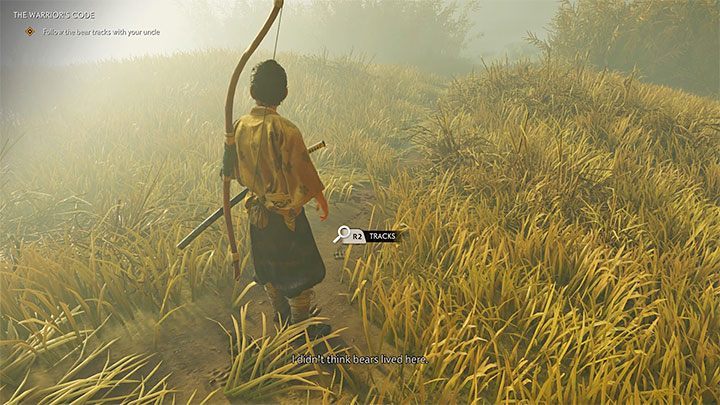 After the first Mongol is killed, the game will show a new flashback. You go back to young Jin training under the watchful eye of Lord Shimura. The main part of this tutorial is the basics of tracking. You have to find animal tracks on the ground and follow them. It's simpler than you might think - just don't step off a small path surrounded by grass. Get to the bear's corpse and examine it. This will trigger an attack by an enemy assassin - you don't have to react to it in any way. 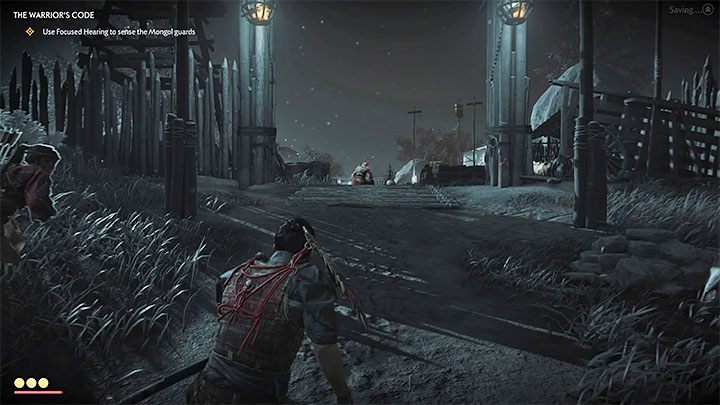 You can now use Focused Hearing, which is activated by pressing the touch panel. This mode scans the surrounding area for opponents. This may help you to avoid them or get behind enemies to perform a stealth attack. It is worth adding that in the later part of the game you can buy skills that increase the effectiveness of Focused Hearing. 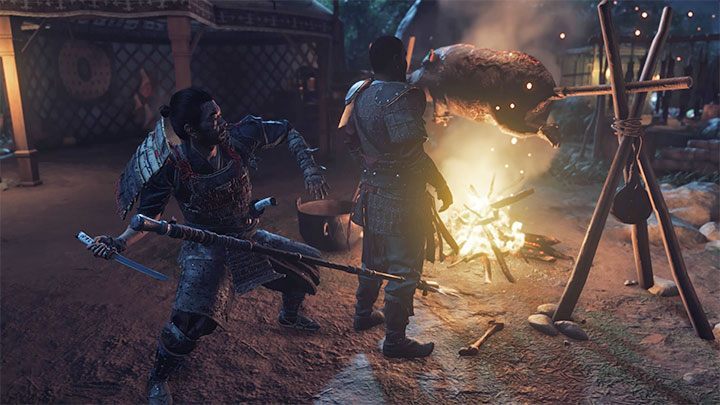 The fort is a location with a relatively small number of enemies. By relying on focused hearing, you can easily approach them all from behind and kill. We also recommend looking around the camp for loot and collectibles. 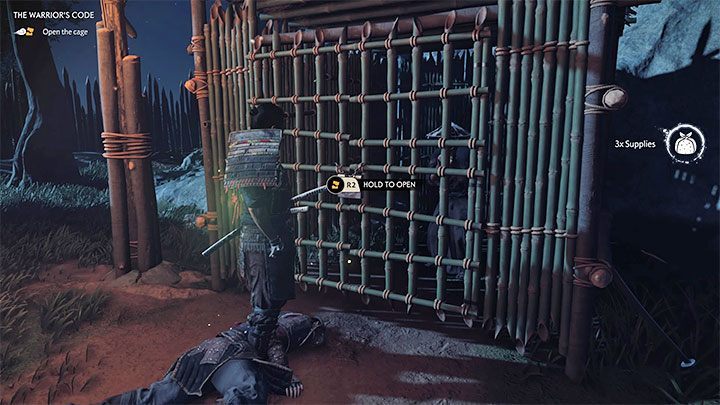 One of the Straw Hats is trapped in the cage shown in the image above (optionally you can also open and search other cages).

After releasing Straw Hat, return to the hole in the fence to escape the fort. Move away from the hostile location and watch the cut-scenes ending the quest.