On this page of the Ghost of Tsushima guide, you will find a walkthrough for the General Temuge boss battle. You will learn when you face the Mongol general, how to properly prepare for this battle, what attacks the boss has and how to avoid them, and how to defeat Temuge. 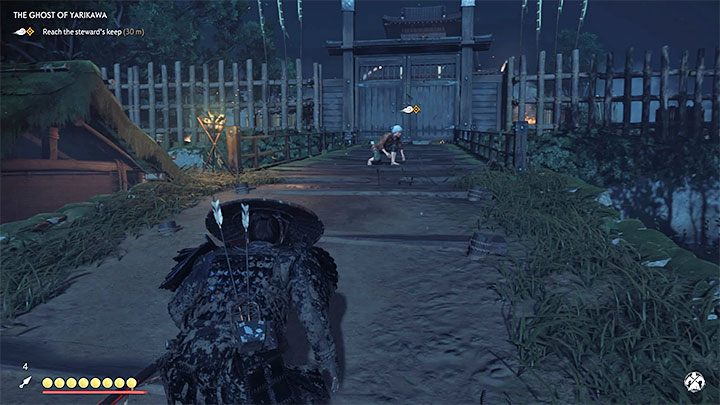 A duel with General Temuge takes place during The Ghost of Yarikawa main quest. It is one of the missions of the second region in Tsushima - Toyotama. During it, you have to defend the Yarikawa Stronghold against the Mongol army's invasion. A confrontation with General Temuge occurs shortly after sabotaging the siege machinery and returning to the stronghold.

The other Mongols won't interfere in the fight with the general. You can only use your katana in this fight. You can't use a bow, kunai daggers, bombs or the blowgun. 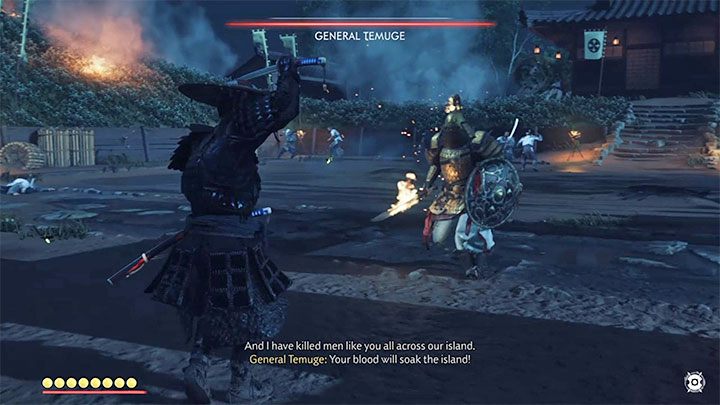 As soon as the duel begins, choose the Water stance - it works best when fighting opponents using shields.

The general is a stronger "variant" of enemies with shields who are able to set their weapons on fire. You have to dodge all of the boss's attacks. If the enemy hits Jin, he will be set on fire. Quickly press the Circle twice to put out the flames. 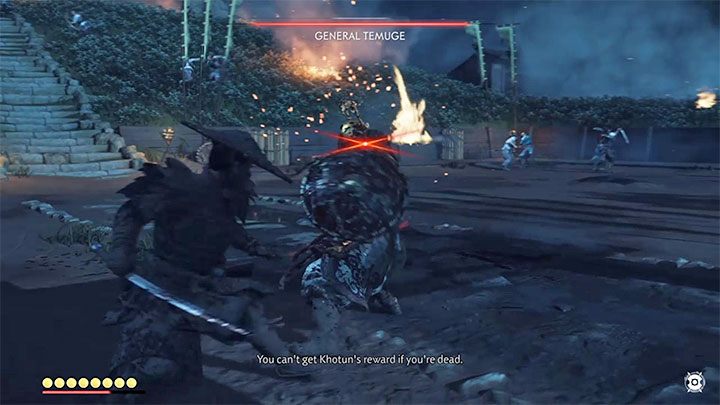 The fight against General Temuge isn't difficult. Perform 2 or 3 dodges to avoid his red attacks. They are relatively slow - you shouldn't have much trouble pressing the Circle at the right time. 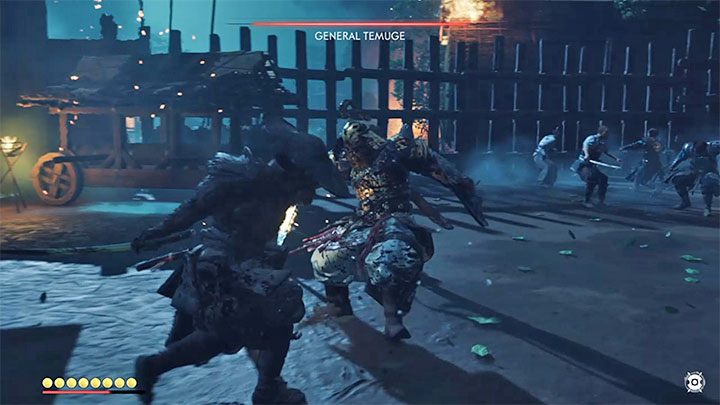 Look for an opening to attack the boss after each successful dodging series. Press or hold the Triangle while you are in the Water stance. Don't worry if your attack doesn't work yet - you will get a little closer to breaking the general's defense. Do this several times in a row, and the boss will reveal himself for a moment giving you a chance to deal some damage. 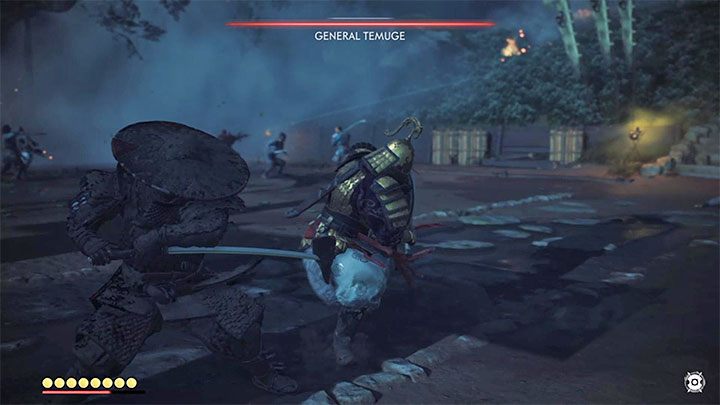 Things that can help you win this battle faster:

You can recognize a perfect parry or perfect dodge by a brief slow-motion effect. After that, perform a fast attack that will be much stronger than usual. 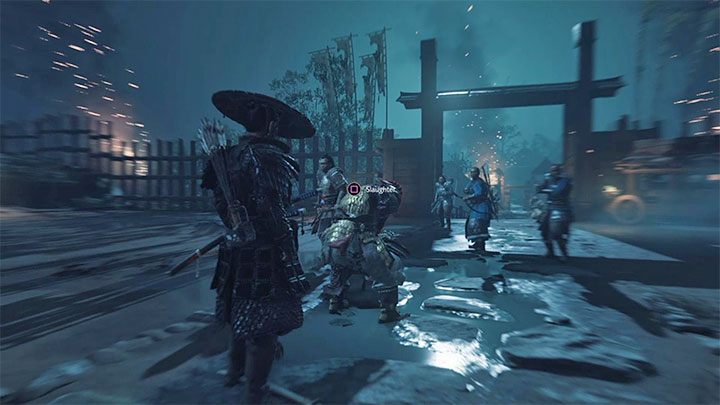 When you defeat the boss, press the Square to execute him. Jin murders the defeated general and unlocks the Ghost Stance. With it, you will be able to kill a few "regular" Mongol soldiers in no time.