On this page of the Ghost Of Tsushima guide you will find a walkthrough of first Ryuzo boss battle. You will learn when the battle takes place, what attacks the boss has and how to avoid them, as well as how to effectively weaken Ryuzo in order to win the duel. 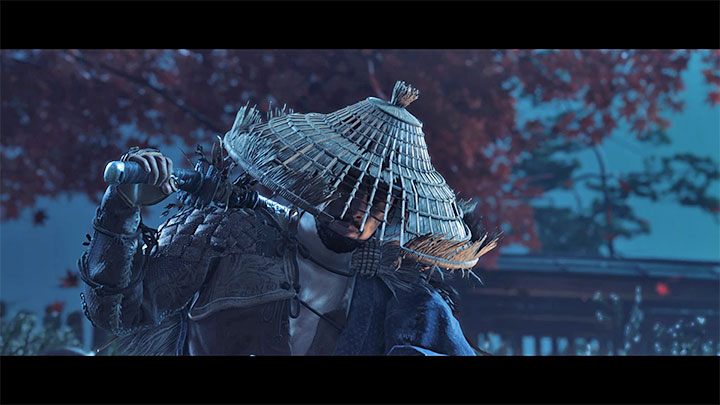 Ryuzo must be defeated in a melee fight. You can't use other weapons or gadgets.

Ryuzo can launch standard Katana attacks, with his red and blue attacks being the most problematic.

Avoid red attacks, preferably by dodging. Ryuzo uses several variations of these attacks, with the most troublesome being a series of 2 attacks that occur after Ryuzo sheathes his katana for a while (an example of this situation is shown in the image). Don't press the dodge button (Circle) very quickly twice, but with some pause between the presses. Only then will you be able to avoid both attacks and not get injured. 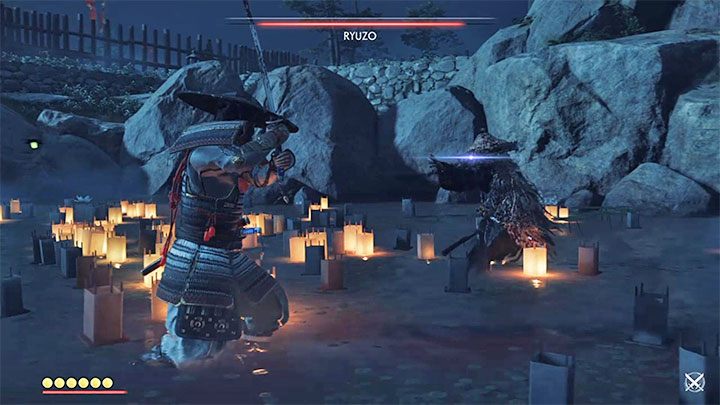 Blue boss attacks can be paired, but only if you have purchased Unyielding Sword Parry from the Deflection tree. If you haven't purchased that skill, you have to completely avoid blue attacks along with red ones.

Ryuzo "fires" his blue attacks in several ways, the most dangerous being using a blue attack just after one of the red ones. You've got to be ready to deflect the strike after performing a dodge to avoid the Red attack. 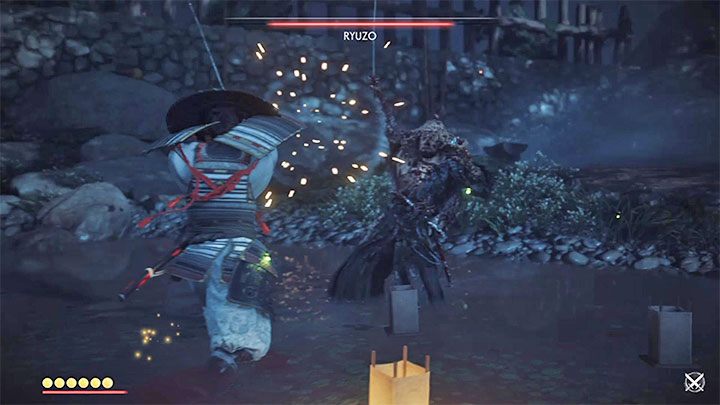 Boss can be weakened with a series of 2-3 Katana strikes thrown after avoiding or parring his attacks.

The greatest damage is dealt through perfect parries. You need to have Perfect Parry unlocked and press L1 at the last possible moment. This is obviously very risky, as being late with the parry will mean serious damage. 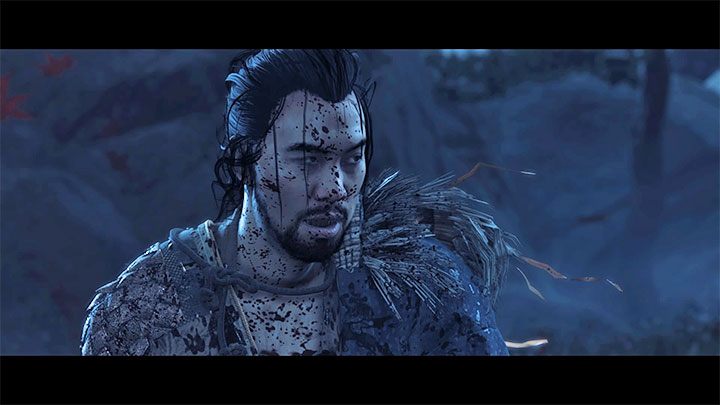 If you've lost a lot of health points, move away from the boss, and activate healing (directional button down).

Despite defeating Ryuzo, you will not succeed in killing him, as the traitor will escape from the "arena" where you fought the duel. Instead, he will leave a straw hat (a cosmetic item).