This page of the Ghost of Tsushima guide answers a very important question - when you can get your own horse. You will also learn what horses are available in the game, how to call the mount, whether Jin's horse may die, and is it possible to fight while riding the horse.

Warning! There are small story spoilers on this page. They concern Jin's relationship with his mount. These events occur in the later parts of the story campaign.

How to get a horse? 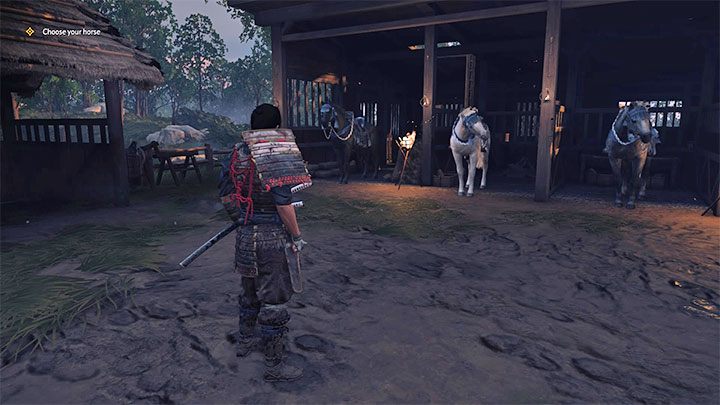 You get your own mount during the prologue. As you and Yuna travel together, you will reach a stable with 3 different horses. 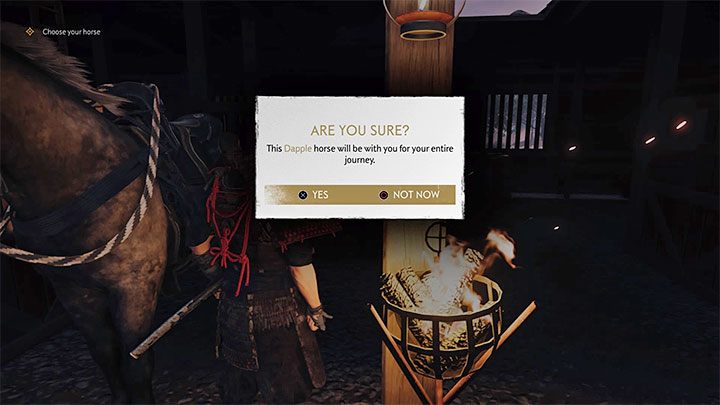 You can choose 1 out of these 3 horses and it will be the final choice. You can't change it later. The horses differ only in their appearance. They all have the same "statistics". 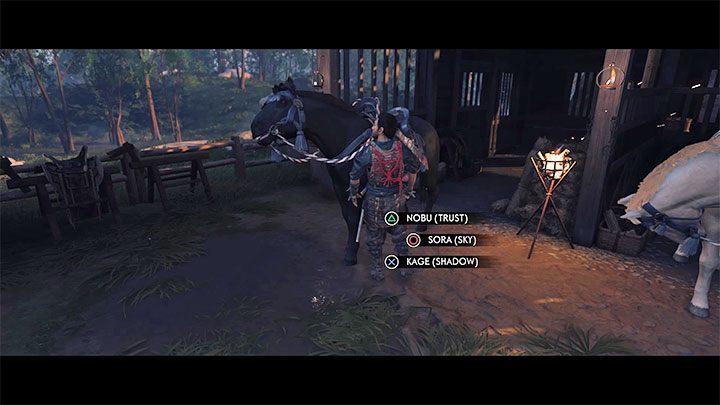 Once you choose a horse, you will have to name it - this is also irreversible. Jin will call his mount using the name chosen in the prologue.

How to call the horse? 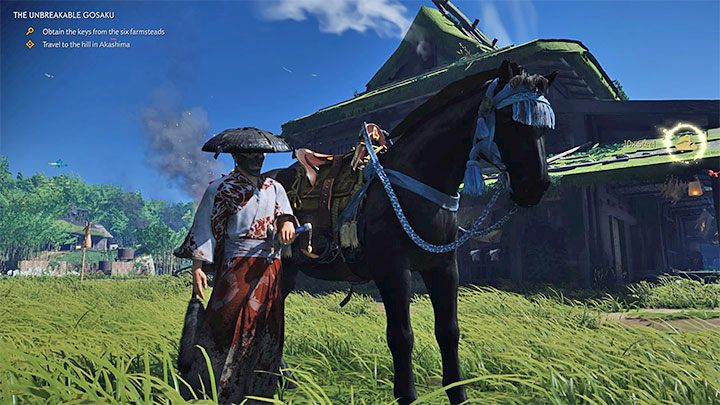 You call the mount by pressing left on the d-pad. This action may be temporarily unavailable, e.g. when you are in the middle of a quest or are in a location that can't be reached by the horse.

How to get on a horse? 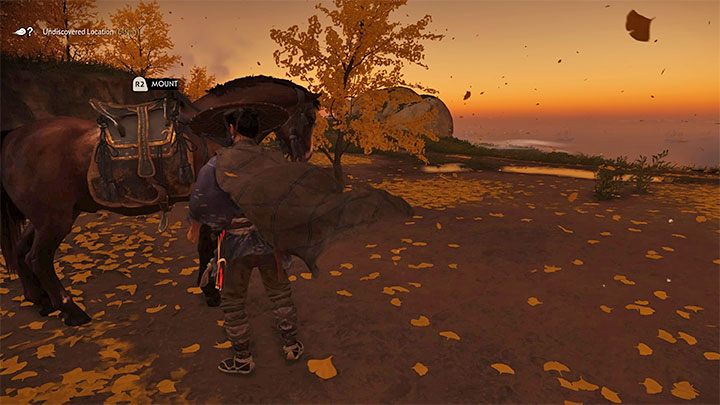 You have to stand next to the horse and press R2. Don't press the Triangle - Jin will then make a strong melee attack. Fortunately, even if your horse is accidentally hit, it will only run away for a while. After that, you will be able to get on its back.

Can my horse die? 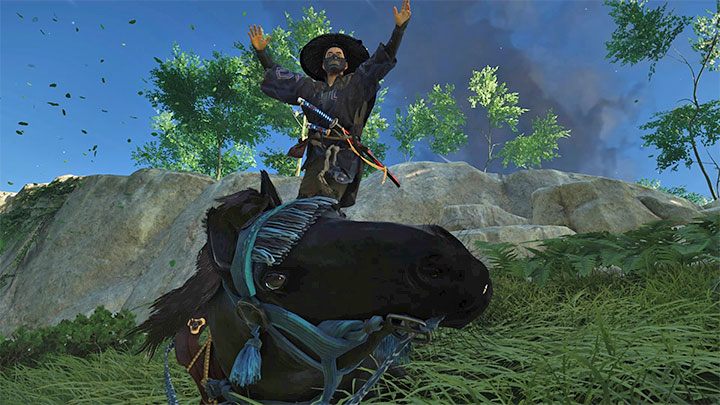 A horse that belongs to Jin cannot die while you are freely exploring the game world. Enemies cannot kill Jin's horse. Also, your mount won't die due to fall damage. In the worst case scenario Jin will fall off his horse. However, such an accident should cause any loss of health points.

SPOILER alert - Jin loses his first horse as a result of progress in the main storyline - this happens in the final part of Act 2. However, you won't have to walk on foot through the other part of the in-game world. In act 3 you will first receive a temporary mount. After that, you will be able to select a new horse, give him a name and assign the new mount to the main character.

Can you improve the horse? 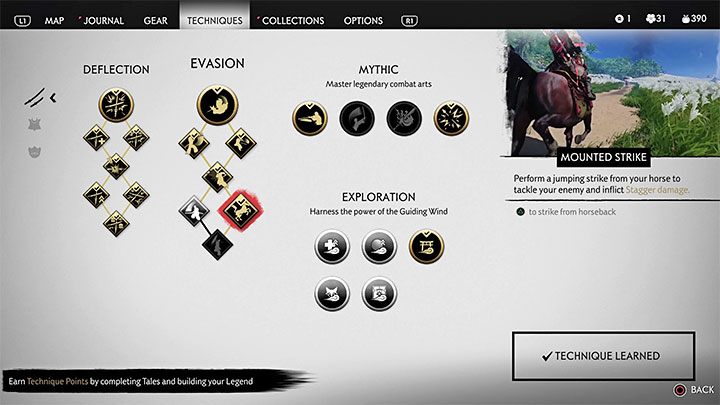 No, you can't increase the horse's stats. The animal has the same statistics and set of movements throughout the entire game.

A minor exception is the Mounted Strike skill. After buying it, Jin can perform a new effective attack by jumping off a horse, which is able to stagger the attacked opponent. 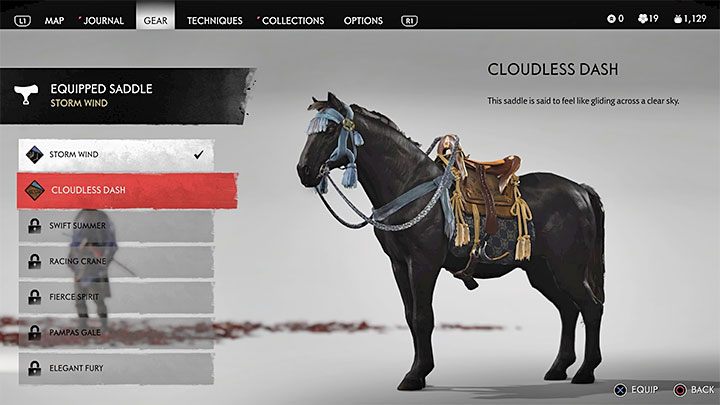 You can change the saddle (we described this on a separate page of the guide), but this item has no statistics. This is a purely cosmetic change.

Can you fight on a horse? 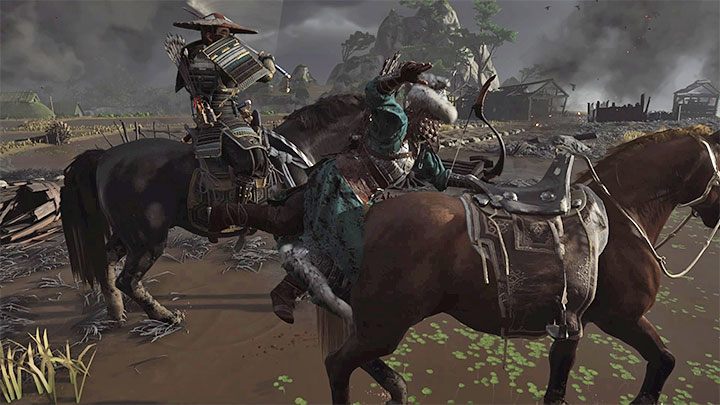 Yes, it is possible. A glimpse of fighting on horseback awaits you in the prologue of the game. Jin can attack with his sword and shoot arrows. However, if the opponent attacks our horse, the hero will be thrown off it.

The game also allows you to quickly jump off the horse by pressing X. This can be useful if you want to get off the horse very quickly and engage in direct combat with opponents.

Can you use other horses? 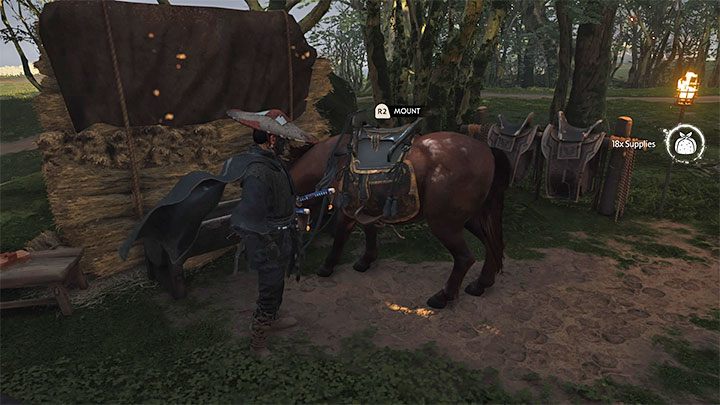 Yes, you can mount other horses and use them to ride around the game world. However, they won't have the saddle you chose before. Additionally, after pressing the summon button, you will summon the horse that was selected in the prologue.