On this page of the guide to Genshin Impact, you will learn how to defeat the boss called Childe. He is one of the weekly bosses - however, to unlock him, you have to complete the main tasks of this character.

Childe has as many as three phases and is considered the most difficult boss of the week at this moment. In the first phase of the fight, he attacks with the water element, in the second with electricity, and in the third, he uses both. 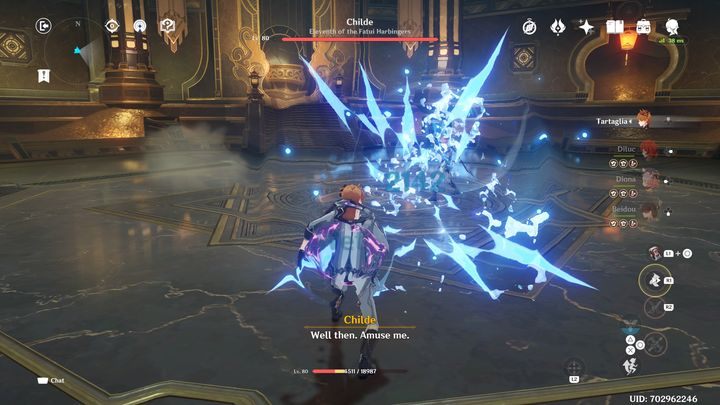 The beginning of the fight is very dynamic, as Childe, after a short monologue, starts with his strongest attacks. Most of them are ranged attacks, so it is worth from the very beginning to shorten the distance between you and the boss and attack him. It's worth using characters that deal damage from electricity, ice and fire. 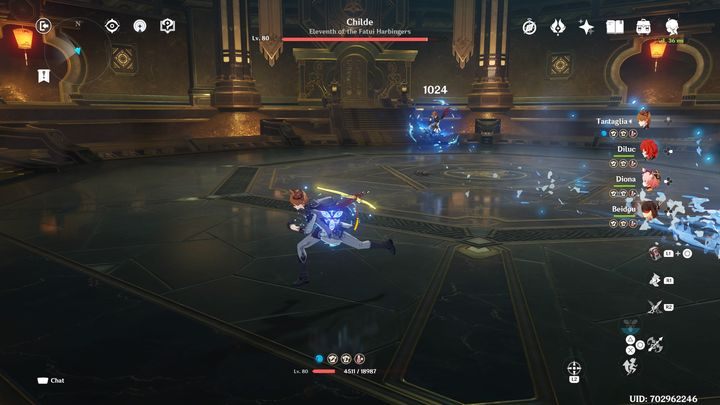 Remember that Childe performs one attack, waits for a while, and then repeats the same attack. He does it very often up to several times. Therefore, after his attack, you have a moment to attack one time, then dodge, and so on. 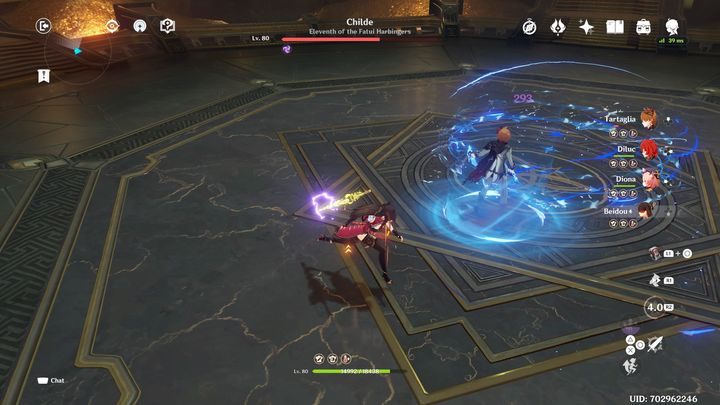 When you charge him and see the aura around him, expect him to counter. In that situation, it's worth approach him from the side or performing a powerful attack that will throw him off balance. If you succeed, you can attack him for a long time because he will not regain his balance for a while and will be vulnerable to attacks. 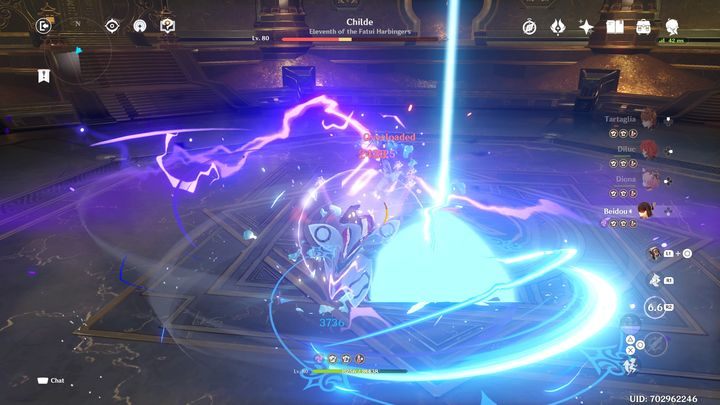 Childe can also summon a large whale, which while will fall to the ground. Under no circumstances do not approach him - go to the side of the arena to avoid this attack. If you don't do it, this attack will most likely kill your character. 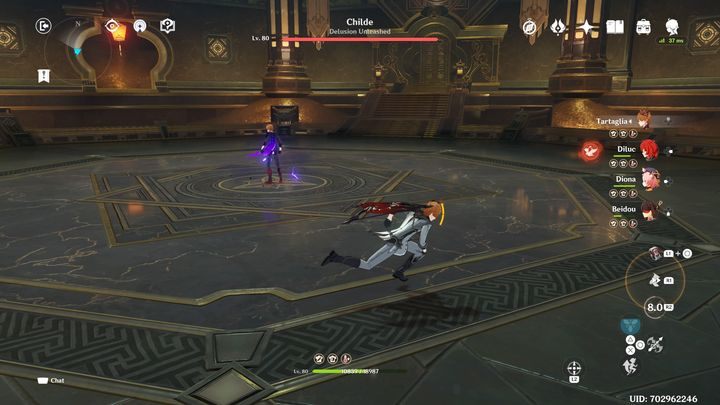 After his health drops to zero, the boss will cause an explosion in the middle of the arena and transform and start using electricity. He will be faster and will fight in close combat more willingly. Heroes fighting with electricity won't be very useful. It is now worth fighting using characters using fire or water elements. 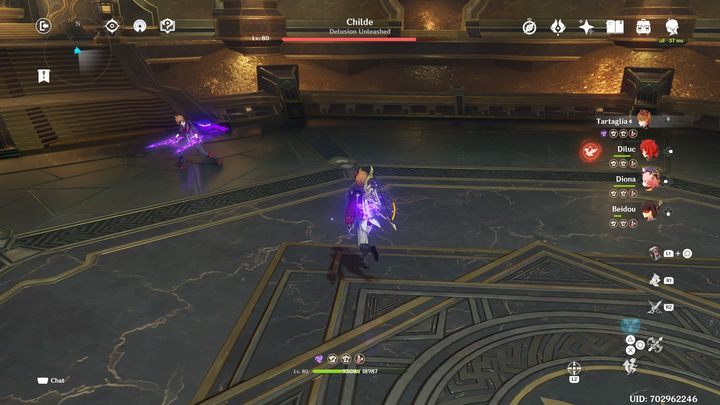 The boss will often use quick flashes, jumping from one place to another. He can perform this attack up to 5-6 times. At the moment, when the boss appears before your eyes, dodge because he will attack immediately after the previous one. 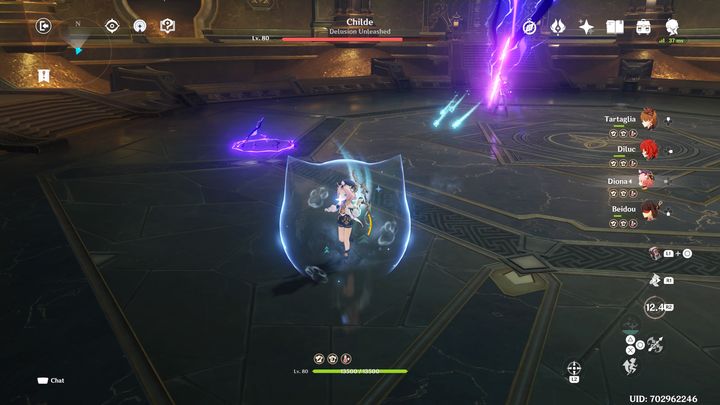 If you see a small electric field on the arena, that is where Childe will teleport. He will rise into the air and fall, performing an electric attack. It is better not to approach the place and attack only when he gets back to the ground. 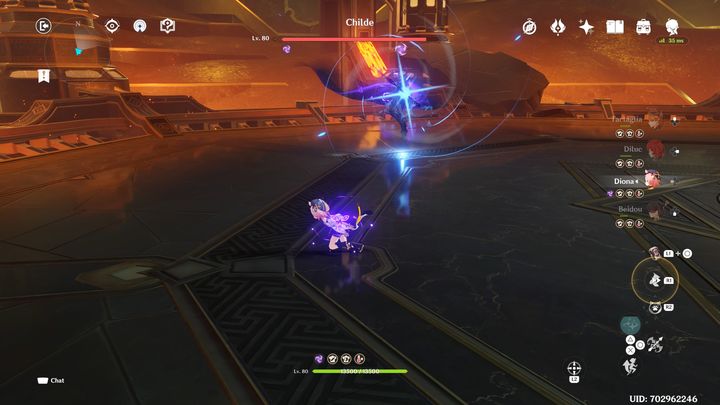 After defeating Childe for the second time, he will change his form, combining the two elements - water and electricity. He combines his attacks from the first and second phases. The boss will often appear before you, attacking two or three times. It is worth approaching him from behind every time you dodge. The boss often indicates his attack, but still, he can quickly turn around and surprise you with his blow. 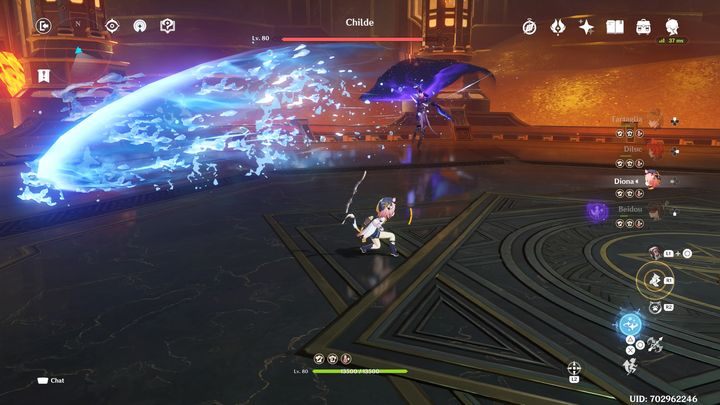 If it is at a larger distance from you, he will most likely start attacking with two large water waves that move in a straight line. Make a side dodge and go on to the offensive. 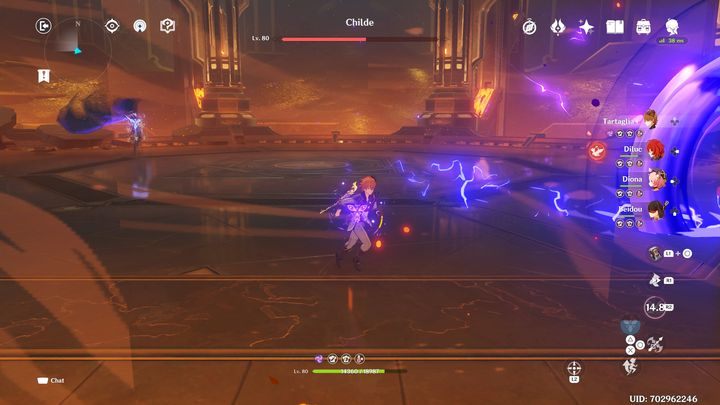 Childe can also summon a projectile that moves around the map in random directions. It often goes back to Childe, so keep it in mind. 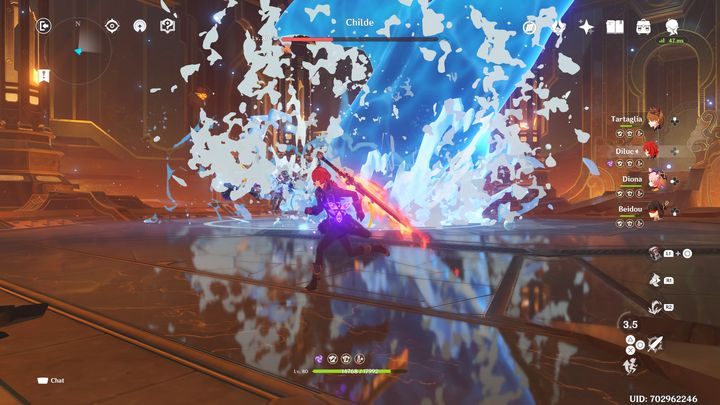 Also in this phase, the boss can also summon the whale. As soon as you notice it, move to the side of the arena as soon as possible to avoid being killed. 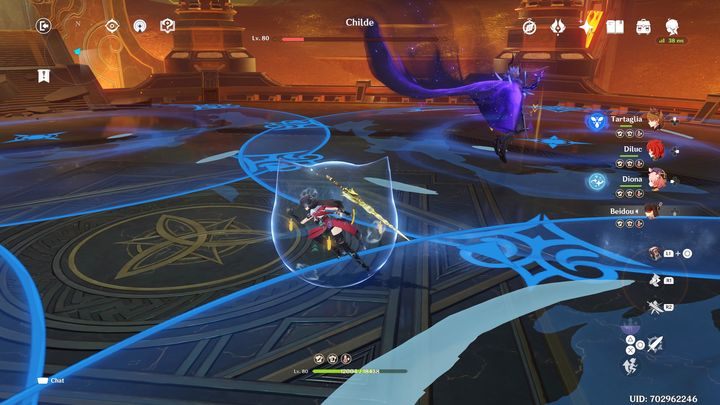 Childe can also cover the entire map in water projectiles. To avoid this attack, move quickly to a place that is not marked blue. That's where the projectiles won't hit you. However, if you do not avoid this attack, change the character to a tank or other hero that is least useful to you in battle. After the fight is over, Trounce Blossom will appear in the arena. If you have the right amount of Original Resin (60), you can spend it to pick up random artifacts and Adventure EXP (300).