On this page of the guide to Genshin Impact, you will learn how to defeat the boss called Andrius, the Wolf of the North. You'll find him in the Windwail Highland region.

Andrius is one of the first bosses that require you to use 60 Original Resin to unlock rewards for defeating him. In addition, you can only fight him once per week. He is a large wolf that can use ice attacks. 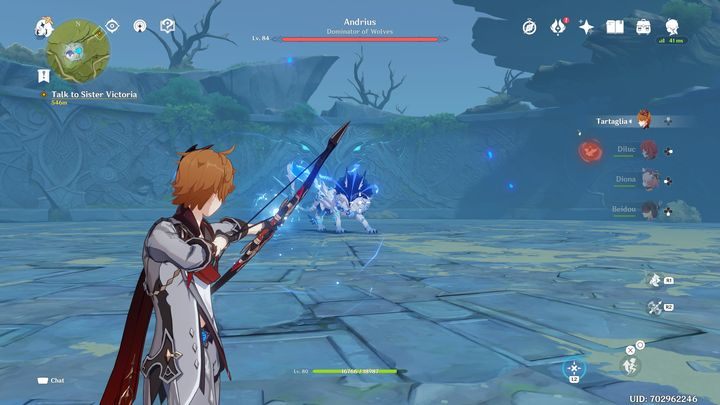 At the very beginning, attack the boss from a distance. This will allow you to deal damage from a safe distance. When he gets closer, attack him, and when it is his turn, dodge and get back to attacking. 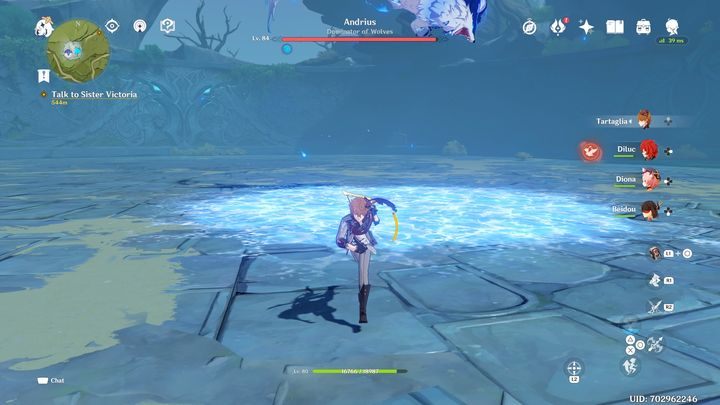 The boss can jump up and then fall to the ground. The place where he will land is indicated by ice on the ground. You can move from this place, dodge, or block the attack, for example, with Beidou's shield. 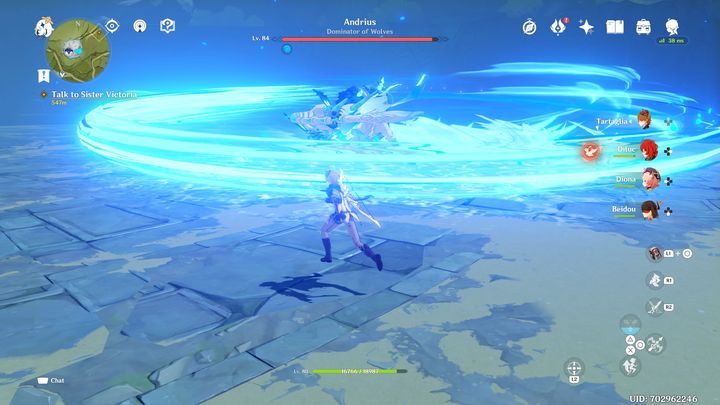 If you see ice on the ground and the boss isn't in the air, it means he will perform the area attack. As in the previous case, move back if you think that you can't avoid it. However, if you believe in your dexterity, dodge and then attack the boss again. 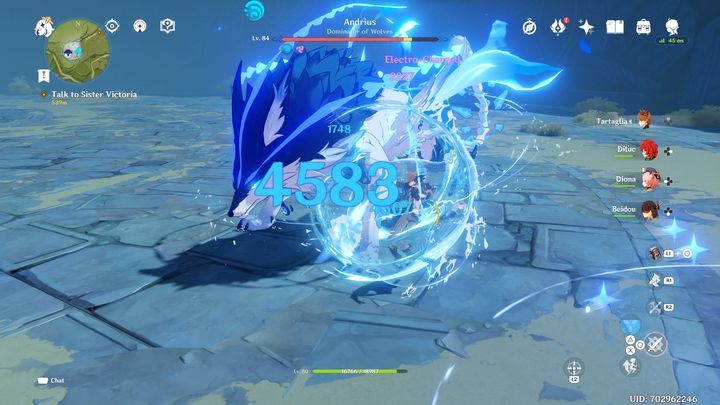 Once in a while, the boss may attack you with his paws. This attack is clearly indicated. Just dodge to the side. 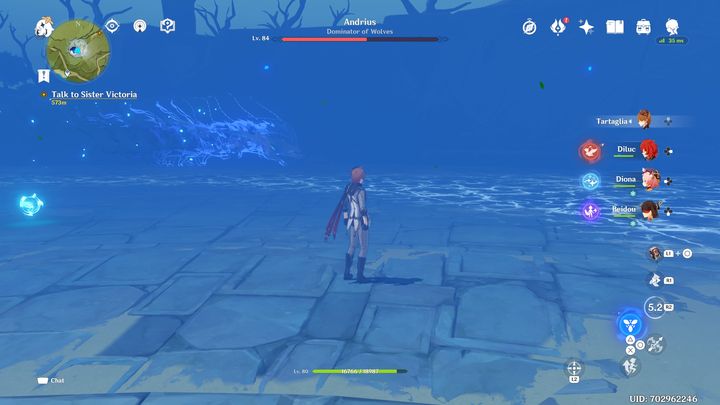 After depleting his HP to about 60%, the boss will start running around, dimming the arena. Follow his movement, and when he stops, prepare to dodge. The boss can perform the same move up to several times. At the very end, he jumps into the middle of the arena. 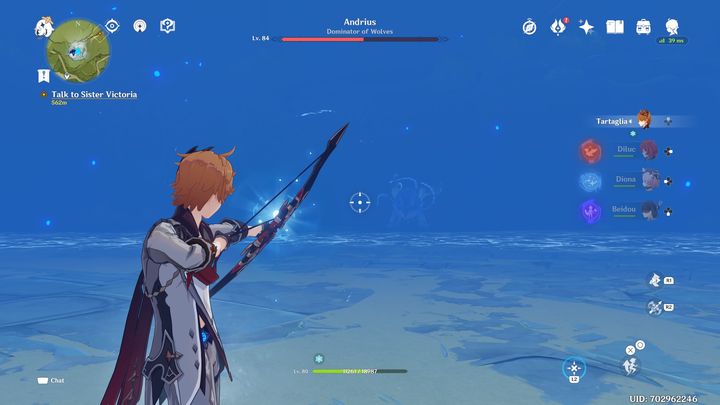 You have a short moment to use the bow when he stands still. The boss prepares for the charge, but he won't do it immediately. 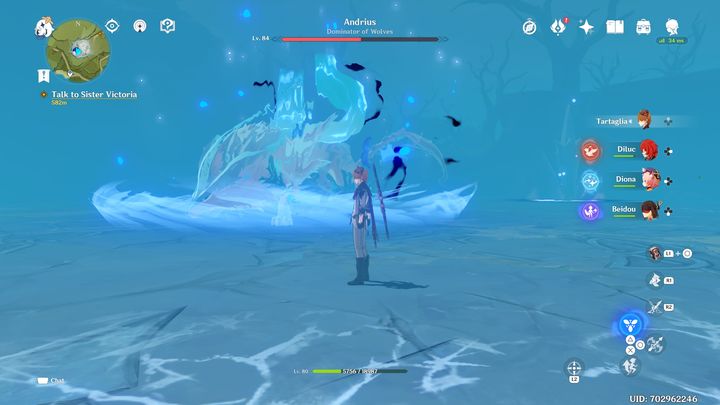 When the boss has 50% HP, the second phase will begin. At the very beginning, Andrius will begin to howl, which will cause icicles to fall from the sky on the arena. The points where they land will be marked. Avoid them, and in the meantime deal damage to the boss. 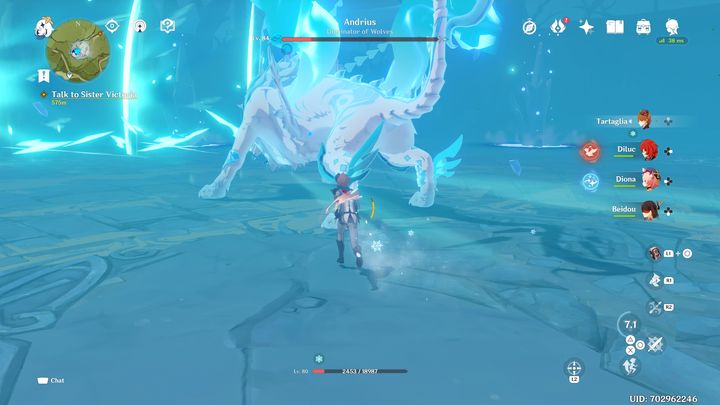 Attack him from the side or the back. However, be careful because the boss can hurt your character, even when he is turned back to you. Use all your character's skills and bursts to deal damage to the boss as quickly as possible. In the meantime, if you do not have a healer, heal yourself with food. 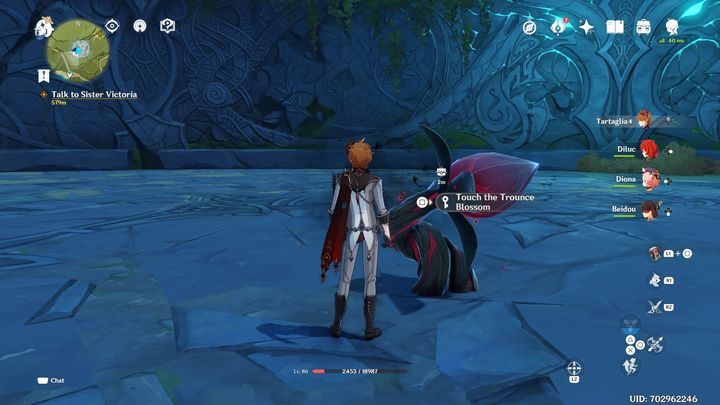 After the fight is over, Trounce Blossom will appear in the arena. If you have the right amount of Original Resin (60), you can spend it to pick up random artifacts and Adventure EXP (300).