This page of the Genshin Impact game guide explains how to defeat the boss known as Stormterror Dvalin. You'll find him in the Stormterror's Lair region.

Stormterror Dvalin is one of the first bosses that requires you to use 60 Original Resin to unlock rewards for defeating him. In addition, you can only fight him once per week. 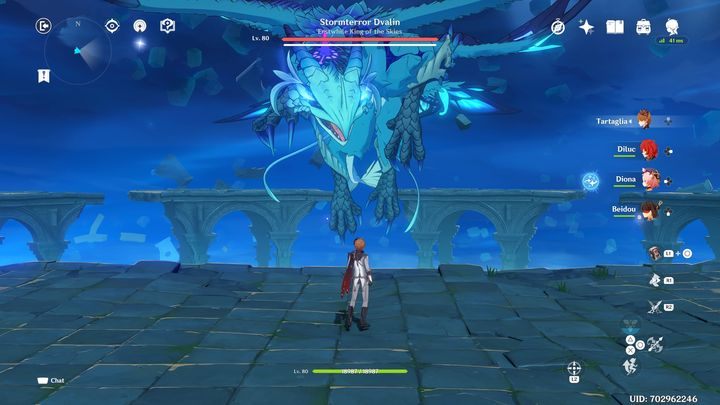 To defeat the boss, you should initially avoid all his attacks. If you have an archer, every now and then you can fire at Dvalin to inflict minor damage. Otherwise, you should only attack when the boss falls and grabs the arena. 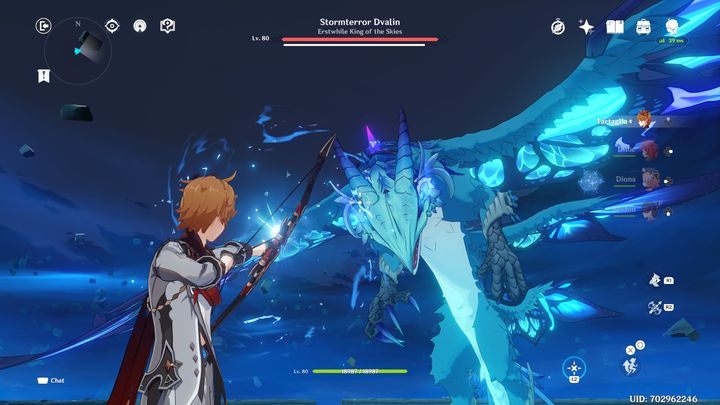 The boss often flies high, so you will not see him for a short while. He will begin to soar towards the center of the arena. This is a good opportunity to shoot at him while standing on the sidelines. 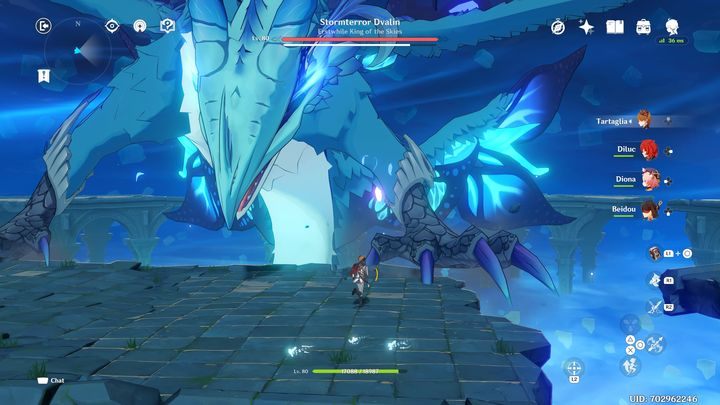 The boss's next move will be to land on the arena. Your goal is to attack his clawed hands. Unfortunately, the boss won't just sit there idly. Instead, he will start to create a powerful wind vortex. He will then send the vortex in your direction. 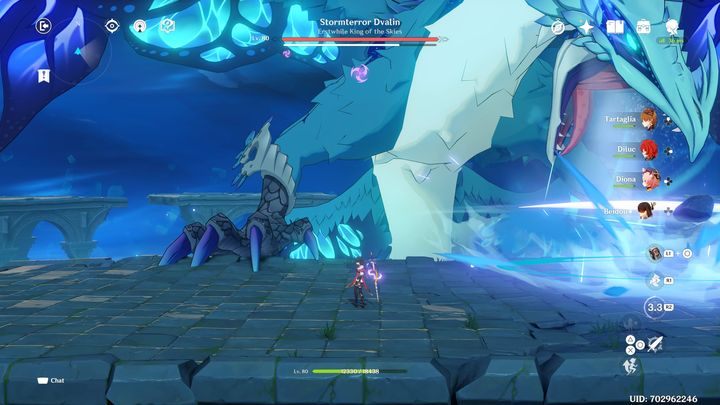 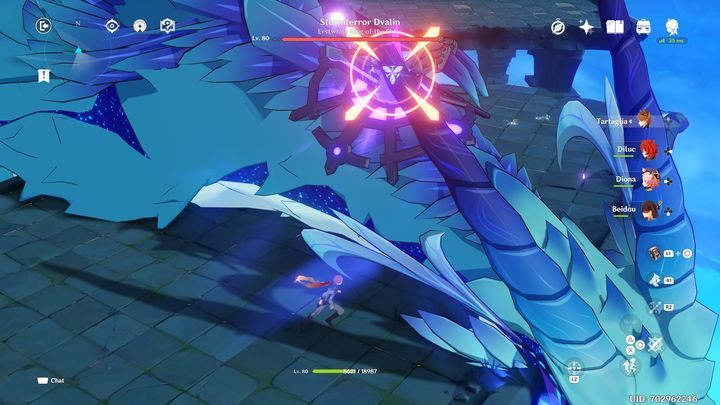 The moment you inflict enough damage to reduce his stamina bar to zero, the boss will fall into the arena. At this point, you should quickly climb on the boss's back and attack his crystal. Switch between your characters and combine your elements to maximize damage. After a while, the boss will start to fly over the arena again. 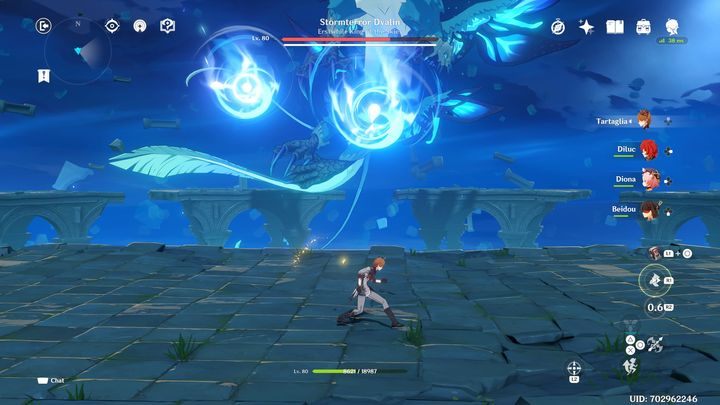 Before the boss begins to roar, creating an icy aura, he might shoot two projectiles up to two times. Avoid them by dashing to the side. 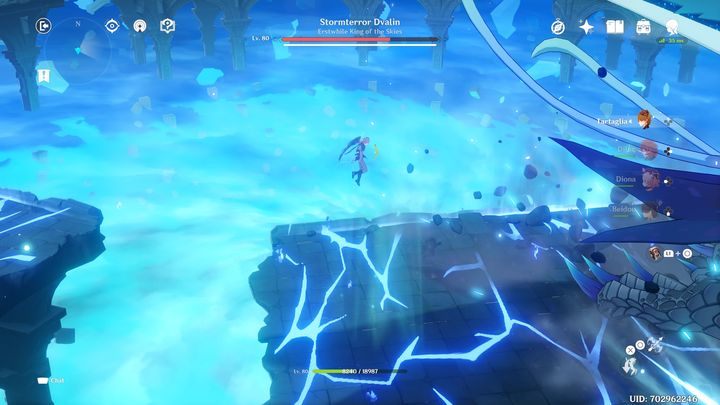 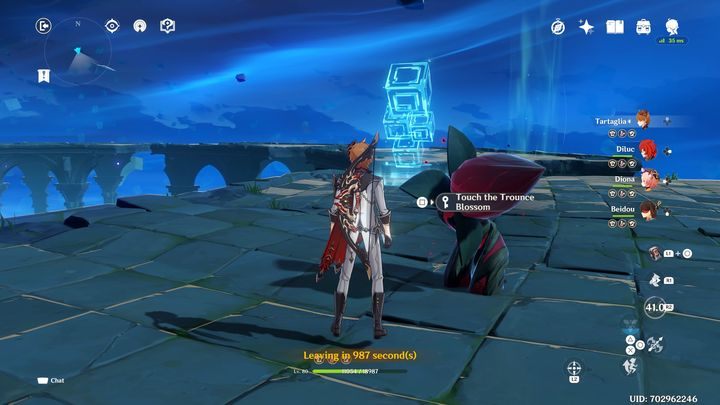 The fight is very predictable. After roaring, the boss will repeat all his attacks as before. All you have to do is avoid his attacks and when the boss is in the arena, attack his claws. When he falls, climb on his back and attack the crystal. After defeating the boss, the Trounce Blossom will appear. If you have the right amount of Original Resin (60), you can spend it to pick up random artifacts and Adventure EXP (300).