This page of the Genshin Impact guide breaks down the reputation system in the game, how you can improve it and what profits it may bring.

Reputation was added in the first major update, introducing many new features to the game. It allows you to obtain reputation in cities like Mondstadt and Liyue. 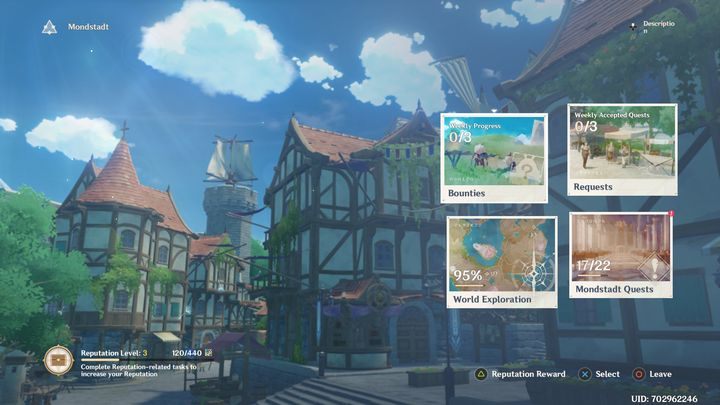 There are four ways to earn reputation points. The first method is to complete Bounties (hunting for particular enemies). 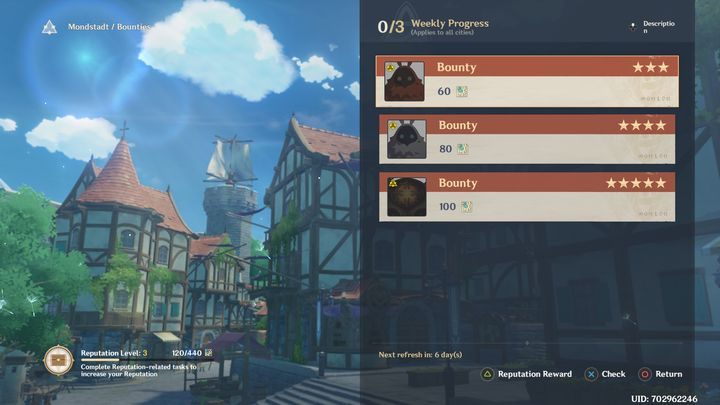 Remember that you can only complete 3 monster hunts per week. A bounty which offers 60 EXP is much easier to complete than those that give you 100 EXP. A bounty consists in finding 3 clues in a designated area. The clues will help you find your target. After defeating the enemy, you can collect your reward in a particular city. 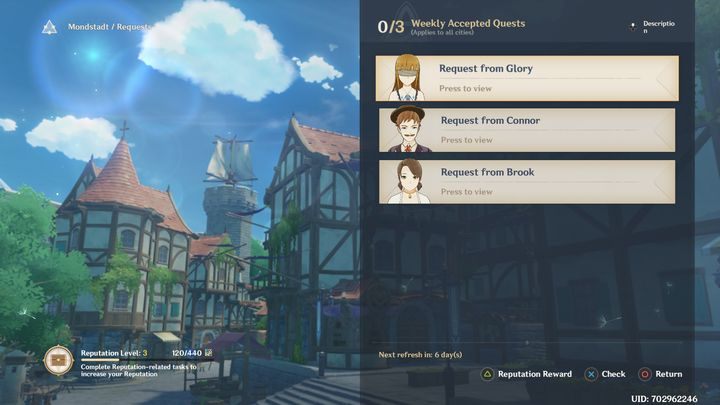 The second method is to complete quests given by NPCs. These quests are usually simple tasks that require you to give a certain person some resources or food. As with bounties, you may complete a total of 3 quests per week. It is also worth mentioning that you cannot complete 3 quests in Mondstadt and then another 3 quests in Liyue. Therefore, it's better to focus on a city where the rewards are much more interesting for you.

You can also increase your reputation level by completing region quests (both main and side ones).