On this page of the guide to Genshin Impact, you will learn how to perform a task that does not offer too many tips but results in a valuable Chest to open, thus, resulting in very interesting loot and Primogems. 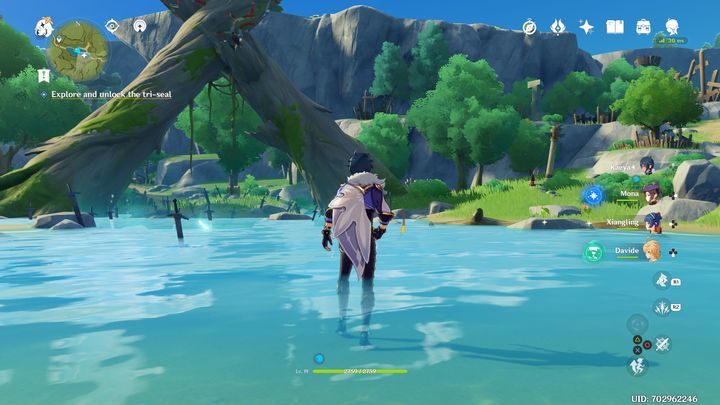 In Mondstadt, in the Dadaupa Gorge area, there is a location with quite an interesting task. The location is characterized by a large number of swords in the water and a large barrier near the connected trees visible in the photo. An attempt to get through the barrier will end with you being pushed away. Nearby, there is an NPC who will give you the quest whose objective is to take the barrier down. However, this task does not say much in terms of how to solve it - you can't even view the rewards for completing it. 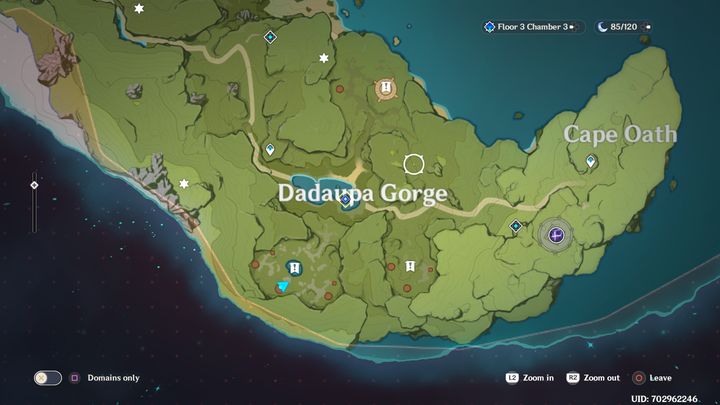 To take the barrier down, go to three places, which are marked on the map with exclamation marks. These are three smaller locations, in each of which you will have to defeat opponents who defend a totem that, when activated, deactivates one of the three barriers. 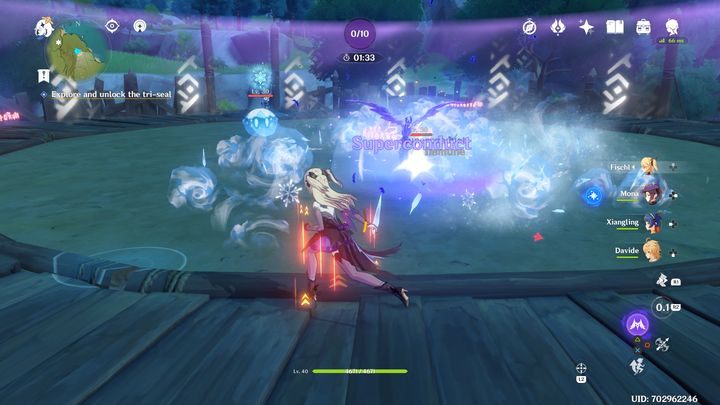 There's one big arena in the north camp, and when you walk into it, you enter combat. You have to beat ten opponents in the allotted time. Opponents do not pose a great threat - there are usually 3-4 enemies per wave appearing. Use your characters' skills to defeat them as quickly as possible. 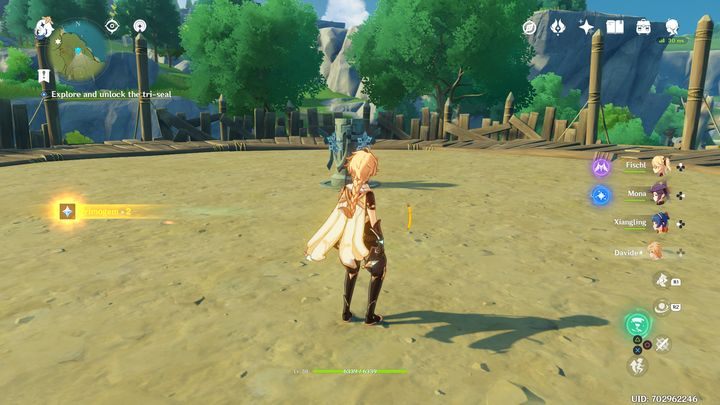 Once you have defeated all enemies in the arena within the allotted time, open all the crates that are in the arena. Then switch to a character with the Cryo element (e.g. Kaeya). Use your ice skill close to the totem to take out the first seal of the barrier. 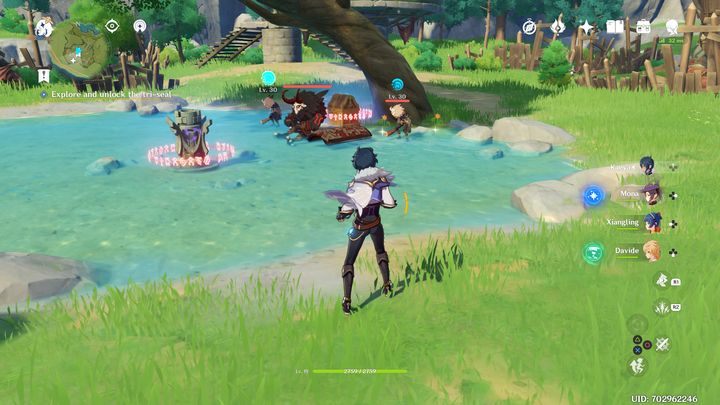 Then head southwest (an exclamation point on the map in the bottom left corner). The rules of the encounter are slightly different there, as there is no typical arena present. The totem and the chest are guarded by a mini boss with a shield. The battle is not difficult, moreover, the duel takes place in water, so you don't have to apply the water effect to create a combination. The problem, however, may be the archers around. It is recommended to deal with the archers first and then the mini boss. If you have a problem to close on your opponent from behind, use a character with Pyro element to destroy his shield as soon as possible. 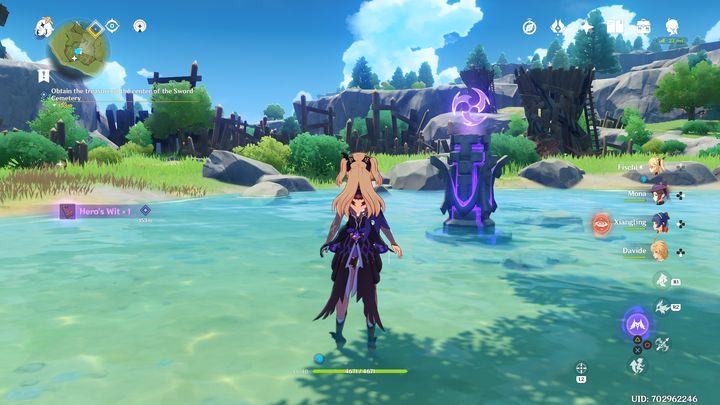 After defeating all opponents, switch to a character with an Electro element. Aim at the totem and use the skill - you'll unlock the second seal. Open the chest and head east to the last camp (bottom right exclamation mark on the map). 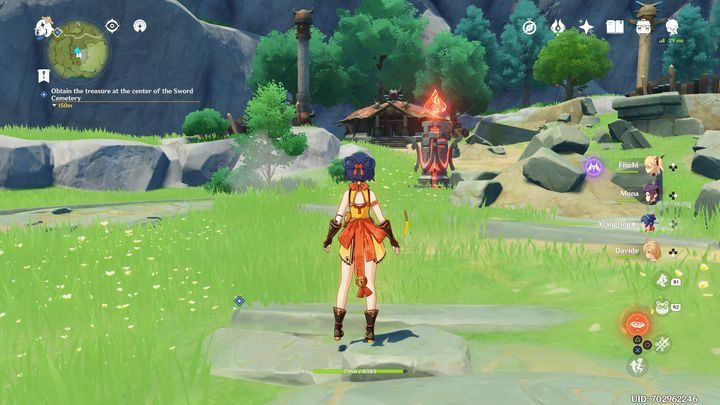 While traveling to the third camp, the character must be changed to one that possesses the Pyro element. This encampment is not so heavily guarded, which does not mean that the approach will go without trouble. When you defeat the enemies, use your Pyro skill close to the totem. This will unlock the last barrier. 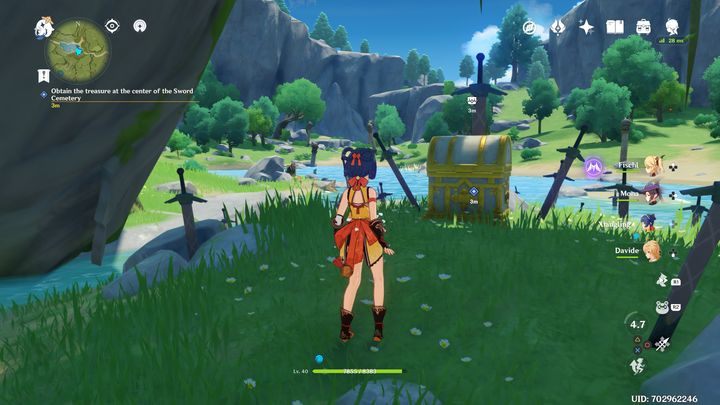 Now there is nothing left but a return to the location that has been surrounded by a barrier. Once all the totems are unlocked, the barrier will disappear and you can open the Luxurious Chest. It contains a very large number of items, and a lot of Primogems. In addition, by opening the chest, you will unlock The Best Sword in the Cemetery achievement.