On this page of the guide, you will learn a little about the currencies that exist in Genshin Impact, how to get them, and what can be bought for them.

By performing various missions in Genshin Impact and leveling the characters, you will receive ever better and better rewards, including various currencies.There are quite a number of them, as there are as many as 9 currency variations in the Genshin Impact. 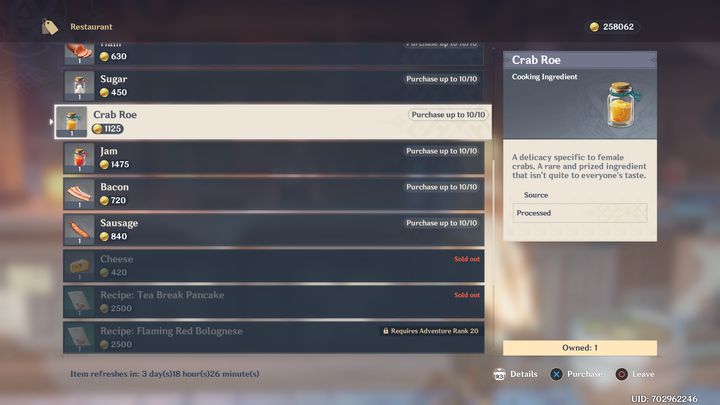 Mora is the most common currency in Genshin Impact. It is gold for which you can buy standard items from vendors, create new items, or even improve your character. Mora is rewarded for completing tasks, opening chests, or defeating opponents. It is best to use Mora to buy the ingredients needed to make items or for food. 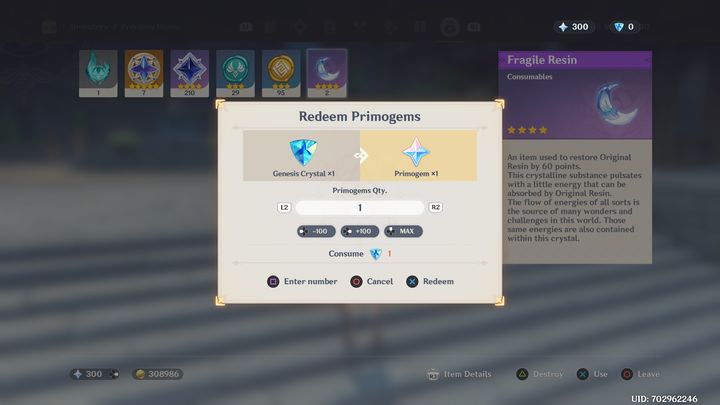 Primogems is the second currency and considered a premium one. However, this does not mean that getting it involves only buying it with real money. Primogems can be scored in various ways, such as for killing more powerful opponents, activating teleports or Statues of the Seven, completing tasks, gaining in-game achievements, sometimes falling out of normal chests. The amounts you will get are not that big, but it is possible to get it through normal means. If you want to have access to Primogems as quickly as possible, you can spend real money to get them. Primogems are also available by purchasing a Monthly Card and in Battle Pass. It is best to spend Primogems on restoring the Original Resin, and on Wishes to acquire more powerful objects/characters. 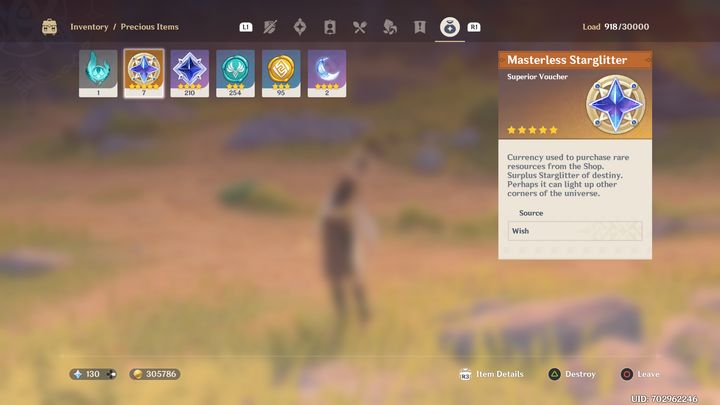 Masterless Stars are the currency we earn when performing Wishes. We get most of them when we get, for example, a duplicate of the character. The Masterless Starglitter is a more prestigious currency, and therefore we receive less of it than the Masterless Stardust. Both currencies are spent in the store - both of them can be exchanged for really interesting items. You can even buy the characters for them, however, it is better to keep the Masterless Starglitter until the player reaches the 20th AR (Adventure Rank). This currency will allow you to buy 4-star items, saving you the time you would have to spent to farm them in dungeons. 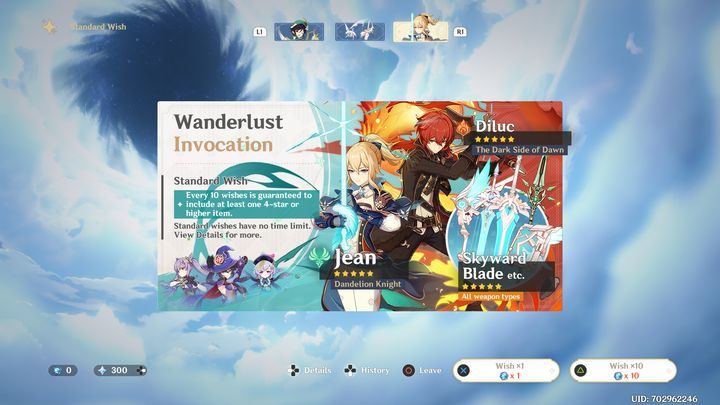 Fates are used to complete Wishes. Both types of Fate serve the same purpose, but depending on the banner available in Wish, a particular type of Fate will be usable for different banners. For example, the Wanderlust Invocation banner, which offers a greater chance of gaining Jean and Diluc, requires the player to sacrifice Acquiant Fate. Other banners require, for example, releasing Intertwined Fate. 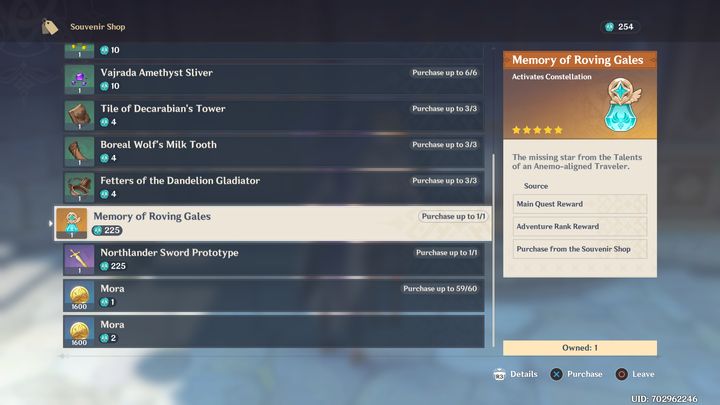 Anemo and Geo Sigil are a currency that can be acquired when upgrading the Statue of the Seven - Anemo and Statue of the Seven - Geo. Anemo statues can be found in the Mondstadt region, while Geo statues can be found in Liyue. You also have a chance to get this currency when opening crates in a given region. You can spend it at Souvenir shops, which are usually located in major cities. For Anemo and Geo Sigil, it is worth buying materials to improve the character's talents, such as Memory of Roving Gales, or other materials that are needed to upgrade the character to higher levels.