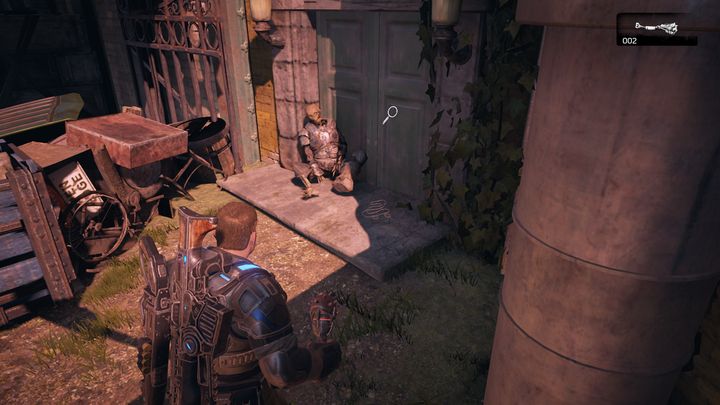 The first collectible item, right after the robot vs Swarm fight.

After the new chapter begins you will be immediately attacked by two Pouncers. When you dispatch them, keep moving forward to the radio tower. After a moment, you will be drawn into a fight between the DeeBees and The Swarm. It is best to wait until they slaughter one another, and then finish off the winners of their fight. You have a chance to find a dog tag here. Just keep following the right wall of the arena, until you find a skeleton. 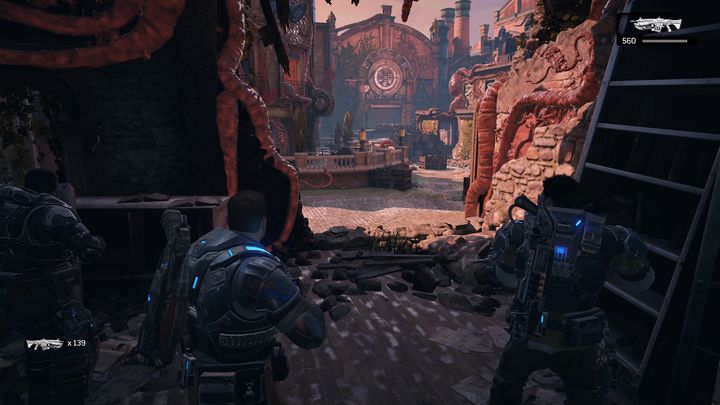 The entrance to the factory.

Keep moving forward, until you reach the next arena, which is the entrance to a nearby factory. In this area there will be two nests and three Scions, and the robots will not be here to help you this time. Focus on sealing the nests, and only when they are dealt with should you switch to fighting the Scions. You can of course use the weapon of one of the Scions to fight off the rest, once you bring one of them down. 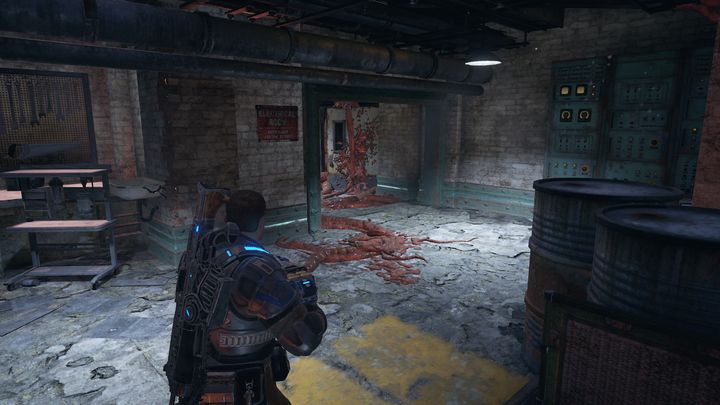 In this room, to the right, you can find the collectible documents.

In the factory you will have the opportunity to find the other collectible, namely, a work stoppage order. Keep following the wall on the right side, and when the road ends, turn left. On the other side of the room, in a corner, there will be a tiny place with the documents in it. 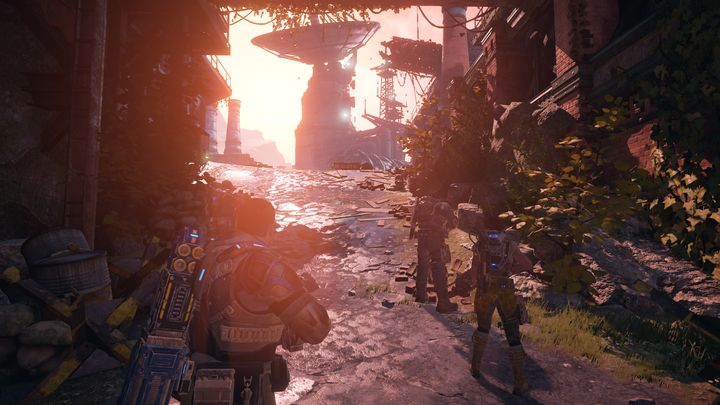 The tower is near, but your enemies are trying to stop you.

The only thing that remains is to go up the stairs and kick the door open. The upper floor is crawling with the minions of The Swarm, and you will have to cut your way through them. Be mindful of the Scion with a Buzzkill. After the fight you will have the chance to replenish your ammo before leaving the building.

While you are outside, you will see a large tower in front of you. The Swarm will once again be the one to greet you, only this time, they will have a stationary turret at their side. A good way of dealing with it, is to use a revolver from medium range. After the combat a cutscene will begin, signalling the end of the act.